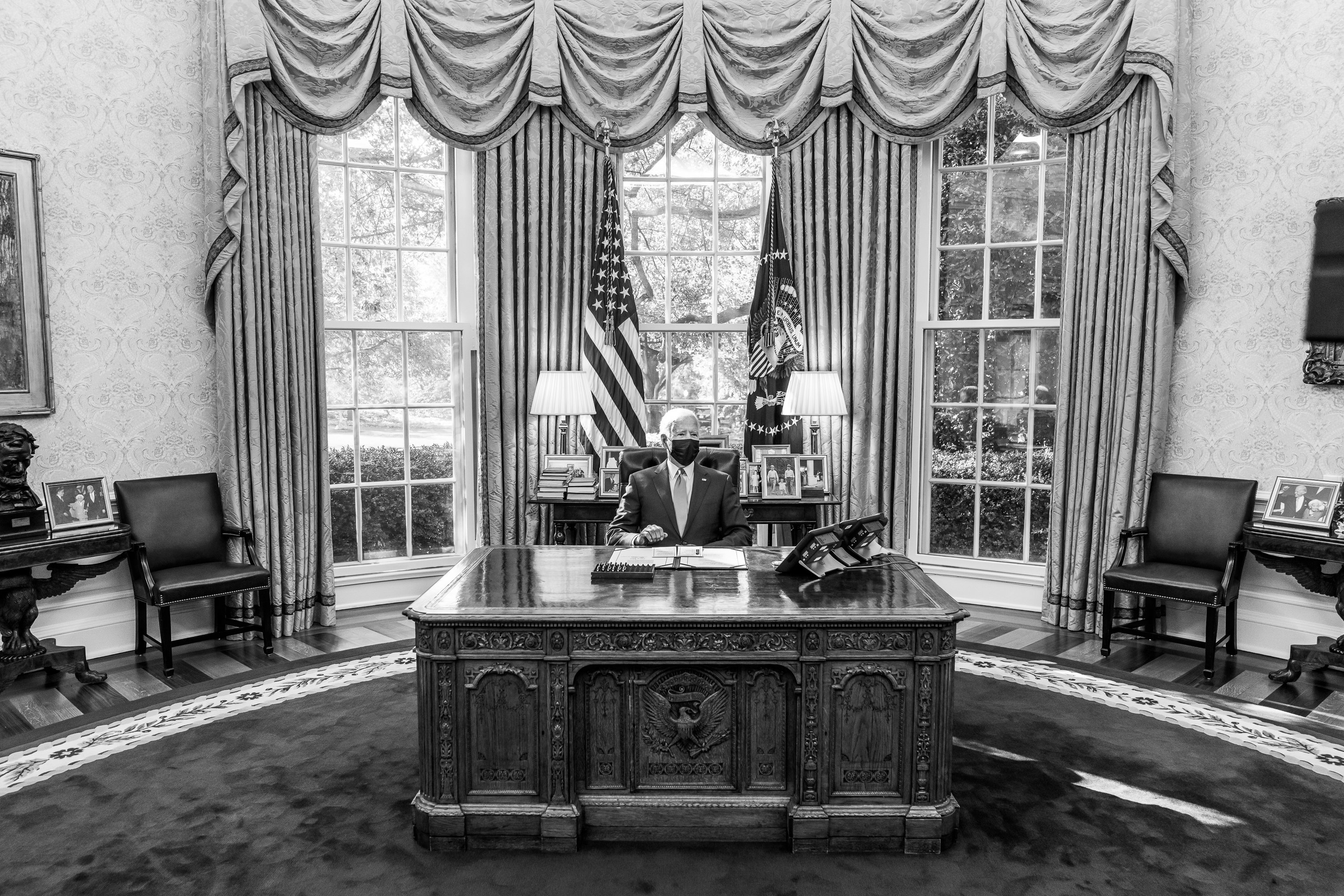 “And that was at a time many people were off for the holiday season. Now comes Monday, with millions of Americans having traveled back home to start school and work again, and no one is sure of what comes next.”

New York Times: “In studies on mice and hamsters, Omicron produced less damaging infections, often limited largely to the upper airway: the nose, throat and windpipe. The variant did much less harm to the lungs, where previous variants would often cause scarring and serious breathing difficulty.”

“The South African government said Thursday that data from its health department suggested that the country had passed its Omicron peak without a major spike in deaths, offering cautious hope to other countries grappling with the variant,” the New York Times reports.

“The rapid surge of omicron infections in the United States may be relatively brief, measured in weeks rather than months, according to infectious-disease experts who have been astonished by the speed of the coronavirus variant’s spread — and who are hoping this wave ebbs just as quickly,” the Washington Post reports.

“The idea of a rapid peak and swift decline has a precedent in South Africa, the country that revealed the presence of omicron in late November. Cases there spiked quickly and then dropped with unexpected speed after only a modest rise in hospitalizations. An especially transmissible virus tends to run out of human fuel — the susceptible portion of the population — quickly.”

“Some forecasts suggest coronavirus infections could peak by mid-January.”

The global coronavirus pandemic has led to a major breakdown in scientific collaboration between the western world and China — hampering the efforts to build a “global early warning and surveillance systems for new viruses, and establish new protocols for sharing information when outbreaks occur,” the Wall Street Journal reports.

“U.S. health experts on Thursday urged Americans to prepare for severe disruptions in coming weeks as the rising wave of Covid-19 cases led by the Omicron variant threatened hospitals, schools and other sectors impacting their daily lives,” Reuters reports.

More than 1,300 flights have been cancelled so far today due to the surge in omicron cases and bad weather.

“President Vladimir Putin warned President Biden on Thursday that any economic sanctions imposed on Russia if it were to take new military action against Ukraine would result in a ‘complete rupture’ of relations between the two nuclear superpowers,” the New York Times reports.

“A 50-minute phone call that Mr. Putin requested, and which both sides described as businesslike, ended without clarity about Mr. Putin’s intentions.”

Washington Post: “Russian officials see a time frame of just weeks for Biden to agree to demands that NATO has long refused, including effectively allowing Russia to veto the security decisions of Ukraine and other nations in the region. The White House has rejected any such bans on NATO membership out of hand, saying all sovereign nations should retain the right to make decisions about their own security.”

Biden said Friday that he gave a stern warning to Putin that there would be a “heavy price to pay” if his country invades Ukraine. “‘I’m not going to negotiate here in public,’ Biden told reporters … ‘But we made it clear he cannot, I’ll emphasize, cannot invade Ukraine,’” WaPo’s Meryl Kornfield reports in Wilmington.

“Four months after an Islamic State suicide bomber killed scores of people, including 13 American service members, outside the airport in Kabul, Afghanistan, U.S. and foreign intelligence officials have pieced together a profile of the assailant,” the New York Times reports.

“Military commanders say they are using that information to focus on an Islamic State cell that they believe was involved in the attack, including its leadership and foot soldiers.”

“Beijing’s commitment to step up purchases of U.S. goods and services under a 2020 trade pact expires Friday with China expected to miss its targets by a wide margin, creating a dilemma for the Biden administration as it calibrates a response,” the Wall Street Journal reports.

“The White House could potentially reinstate certain tariffs that were cut as part of the trade deal, but that could backfire if China cut back U.S. purchases or took measures against American companies doing business there.”

Meanwhile, the Wall Street Journal reports the U.S. has been sidelined as China pursues another Asia-Pacific trade pact.

Washington Post: “The fire was fueled by an extreme set of atmospheric conditions, intensified by climate change, and fanned by a violent windstorm… Exceptionally warm and dry conditions through this fall, including a historic lack of snowfall, created tinderbox conditions ripe for a fast-spreading blaze.”

The AP says over 500 homes may have been destroyed.

“A key adviser to Donald Trump’s legal team in their post-election quest to unearth evidence of fraud has delivered a trove of documents to Jan. 6 investigators describing those efforts,” Politico reports.

“Among the withheld documents is one titled ‘DRAFT LETTER FROM POTUS TO SEIZE EVIDENCE IN THE INTEREST OF NATIONAL SECURITY FOR THE 2020 ELECTIONS.’ Kerik’s attorney Timothy Parlatore provided the privilege log to the panel, which said the file originated on Dec. 17, a day before Trump huddled in the Oval Office with advisers including former Lt. Gen. Michael Flynn, where they discussed the option of seizing election equipment in states whose results Trump was attempting to overturn.”

“Eric Leroy Adams was sworn in as the 110th mayor of New York City early Saturday in a festive but pared-down Times Square ceremony, a signal of the formidable task before him as he begins his term while coronavirus cases are surging anew,” the New York Times reports.

The Hill on the Pentagon going on offense against the GOP on vaccine mandates: “The battle, at its core, comes down to the Pentagon’s murky authority over the National Guard while troops are under Title 32 of the U.S. Code, the law that allows a governor to manage their state’s guardsmen unless they are called up for federal duty. The National Guard, which has dueling obligations to both the state and federal government, falls under federal authority when mobilized by the president, as stipulated by Title 10 of the U.S. Code.”

“The Marine Corps announced Thursday that it has kicked out more troops for refusing the Covid-19 vaccine. The total number of discharges has risen to 206, up from 169 last week,” Politico reports.

Military.com says the Marines have “reviewed most of the several thousand claims for religious exemptions and thus far granting none.”

“U.S. prosecutors decided to end their criminal case against two Manhattan jail guards who admitted to falsifying records on the night the financier Jeffrey Epstein killed himself on their watch,” Reuters reports.

“A New York man asked a federal judge on Christmas to allow him to use dating apps while he awaits trial on multiple felony charges for his role in the January 6 Capitol riot,” WUSA reports.  “Thomas Sibick is one of multiple rioters now under indictment for the brutal assault on D.C. Police Officer Michael Fanone.”

“An Arkansas judge on Wednesday struck down a state law that prevents schools and other governmental entities from requiring face masks,” the AP reports.

A Louisiana judge has resigned weeks after a video from her home showed her repeatedly using the N-word, KLFY reports.  Judge Michelle Odinet blamed the incident on her “fragile” mental state at the time and use of sedatives.