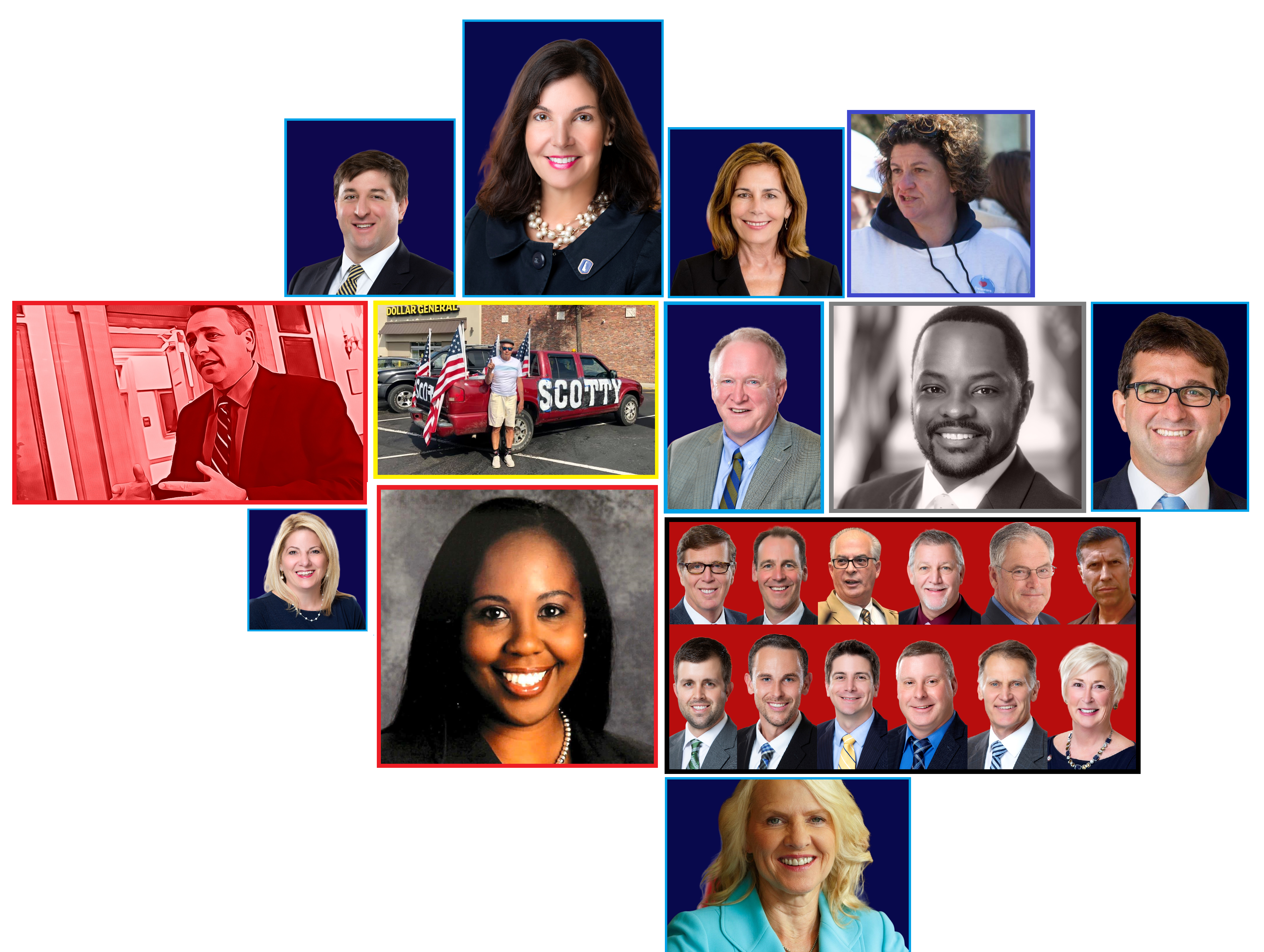 This is decided by page views and unique visits. I would have thought our number 10 that starts us out would have been higher. And No. 1 is something that happened at the beginning of the year that I completely forgot about.

Enter Councilman Ken Woods. He claims residency in his childhood home at 1727 Robbins Place, Wilmington, DE 19805, located in the First Council District. Upon viewing his parcel data and his sewer bill here, a curious pattern forms. For at least 7 years / billing cycles, Councilman Woods was charged only the county minimum.

However, due to the COVID-19 pandemic, most Americans have been spending much more time in their homes, resulting in an increase in utilities, such as water and electricity, as well as trash disposal. But not for Councilman Woods. His sewer bill has remained the same. The County Council has been working remotely; the civic and homeowners’ associations whose meetings Mr. Woods should be attending are virtual as well. What could be the reason his bill remains so low?

I’m sure it’s no coincidence that the fiancee of the good Councilman has her own property in the Brandywine Hills, and that as their relationship progressed, his water use decreased.

According to residents of the District, the Councilman’s residency has been on paper only for years, much like his father before him. The elder Councilman Woods resigned when questions of his residency were becoming more than just questions. The same standard should apply to his son. No one is entitled to represent a district in which they do not reside.

But first, some commentary on a name that I will not be including: Congresswoman Lisa Blunt Rochester. She is not running for Governor. Her play is to succeed Senator Tom Carper in 2024, when God willing, he finally retires. That would open up her House seat, and that race will be a free for all.

A Constitutional Amendment requires a two/thirds majority, or 28 yes votes, to pass. In 2019, the No-Excuse Absentee Voting Amendment passed the House 38-3 and the Senate 14-5-1-1. But it had to pass both the House and Senate again in this session in order for the Constitution to be amended. What happened in between? A fascist dictator and cult leader decided that he can never lose an election and thus all mail in votes are fraudulent. And therefore, several Republicans who voted yes in 2019 decided to destroy their credibility forever and voted no this time around.

Who are these cowardly Republicans?

How did the vote go today? The vote was 25-14-2. There 26 Democrats in the House. They all support the Amendment and 25 out of 26 of them voted for it. House Majority Leader Valerie Longhurst voted no as a procedural move so that she can move to bring the bill back to the floor later in this session if we can shame two Republicans into actually support democracy and not fascism.

After being unable to win an election in Delaware in either party for a multitude of offices over the last six years, an insane man named Scott Walker has decided to move south to South Carolina to try his tree vandalism schtick for what he hopes is a more receptive audience.

Now, technically, since Mr. Walker is originally from South Carolina, the term carpetbagger may not apply, but I can’t think of a better term for someone who for years tries to win office in one state and then packs his carpet bags to try his luck in another state.

5. Becca Cotto files to run against Heffernan in the 6th RD

Advocate Rebecca Cotto has filed to run as a Democrat for State Representative in the 6th Representative District currently represented by Democrat Debra Heffernan. There was some thought that Heffernan might retire, but that appears to be not the case, so we are going to have a primary in this race.

That is if Debra Heffernan and her allies in the House Leadership do not draw Becca Cotto out of the new 6th RD after redistricting. Because if they did that, it would indicate to all that Heffernan does in fact deserve to be retired. (Update: see the comment below, the new RD does not cut out Cotto).

From WDEL: “Delaware state Senator Darius Brown, who represents Wilmington, was arrested in connection to a domestic fight after allegedly punching a woman in the side of the head over the weekend, authorities announced Wednesday.

According to Delaware State Police, Brown, 39, and the 44-year-old victim were at the Taverna Rustic Italian Restaurant at 3549 Silverside Road on Saturday, May 15, 2021, around 6:20 p.m. when the pair began arguing over a social media post.

Police said after the Democratic senator punched the victim, Brown got up and shattered a glass by throwing it across the room, then left prior to police arrival.”

2. How to Not Vote for Trumpism in the Red Clay School Board Election

However, this year, there seems to be a great deal of attention on school board elections. In particular, in the Red Clay School District, a race for one seat being vacated by two-term incumbent Faith Newton has generated a fair amount of attention. There are three candidates vying for this District F seat, which represents the Pike Creek region of the Red Clay School District: Janyce Colmery, Kecia Nesmith, and Rafael Ochoa.

What should be a fairly routine election has turned into what can only be described as one reasonable candidate going up against one Trump-lite candidate and one very Trumpian candidate who seems to be dabbling in both misinformation-spreading and outright bigotry.

I think we have all been to public dinners, like a wedding, or some other special event, where a speaker embarrasses himself or herself by being uncouth or saying something wildly inappropriate for the gathering. For the attendees of the Retirement Dinner for Delaware’s Fraternal Order of Police – Lodge 5 last Friday night at the Executive Banquet & Conference Center on Rt. 896 south of Newark, it was one of those times. But instead of being just inappropriate and uncouth, a speaker’s comments bordered on, if not were, bigoted and malicious.

During his remarks, Calhoun was discussing his career, and that he knew a good man and priest named Father Murphy, and that, for luck before a shift, Calhoun would “rub up against him [Father Murphy] to get some good juju” – which is weird in and of itself – but then Calhoun turned to look in County Executive Matt Meyer’s direction, and said “I don’t mean JewJew like Jewish or like Jews, I mean like good luck.” County Executive Meyer is Jewish.

Two sources confirmed these remarks and said that the “JuJu/JewJew” explanation went on uncomfortably long.