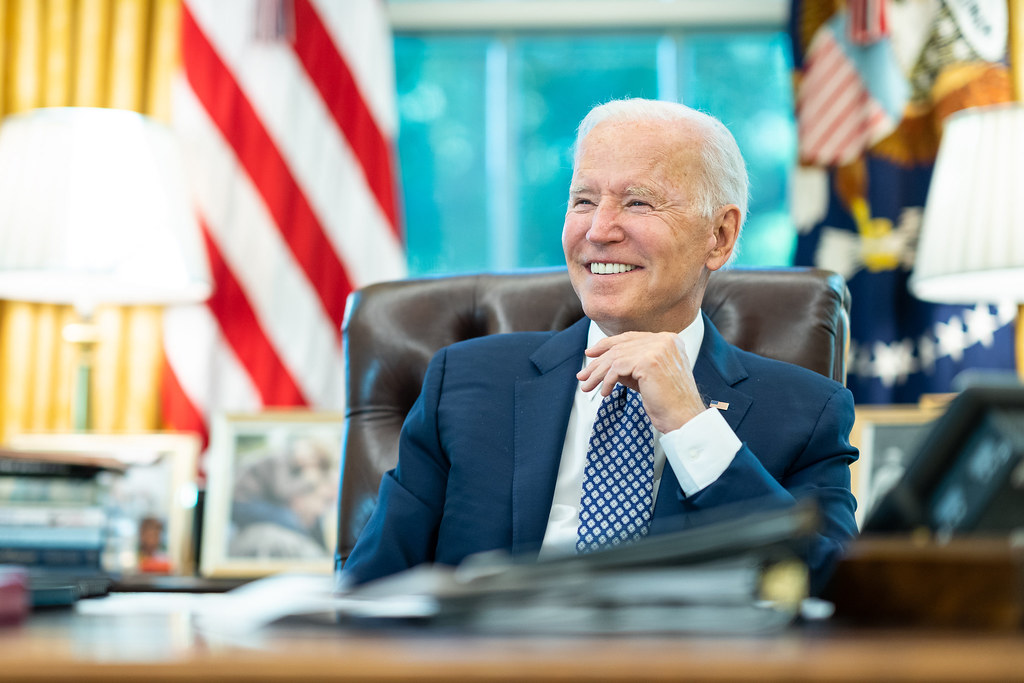 A new University of Massachusetts Amherst Poll finds 71% of Republicans — and one-third of the nation — continue to believe that Joe Biden’s victory in 2020 was illegitimate.

An internal poll provided to the Washington Examiner shows Rep. Rep. Marjorie Taylor Greene (R-GA) with “an enormous lead in her 2022 midterm election primary” and “53% would back her regardless of who challenges.”

Greene holds a stunning 68% to 10% favorable rating, according to the poll.

Sen. Rand Paul (R-KY) quoted an article about how Democrats won Wisconsin in 2020 suggesting it offered a roadmap on “how to steal an election.”

The offending passage: “Seeding an area heavy with potential Democratic votes with as many absentee ballots as possible, targeting and convincing potential voters to complete them in a legally valid way, and then harvesting and counting the results.”

John Harwood pointed out that “convincing potential voters to cast legal ballots is the how you win elections in a democracy.”

Said Trump: “Alaska needs Mike Dunleavy as Governor now more than ever. He has my Complete and Total Endorsement but, this endorsement is subject to his non-endorsement of Senator Lisa Murkowski who has been very bad for Alaska.”

He added: “In other words, if Mike endorses her, which is his prerogative, my endorsement of him is null and void, and of no further force or effect!”

Olivia Nuzzi called Dr. Mehmet Oz’s wife for a profile she was writing on him and Lisa Oz quickly hung up on her — or at least she thought she did.

“Dr. and Mrs. Oz did not or could not hear me, and they did not realize that, rather than end the phone call, Lisa Oz had mistakenly connected her device to what sounded like the sound system of a vehicle, meaning that as they engaged in paranoid conversation and argument for more than four minutes, I remained on the line, hearing every word of it.”

“One of the great things about our democracy is that every citizen can decide to run for public office. Mehmet Oz has made that decision. And now it’s up to the residents of Pennsylvania to decide who will represent them.”

Wall Street Journal: “Nationwide, Mr. Trump’s share of the Latino vote grew by 8 percentage points compared with 2016, an analysis by Catalist, a Democratic voter-data firm found earlier this year. New calculations by the firm find that while then-candidate Joe Biden won 61% of Latino voters, the shift toward the GOP meant that he carried the group by about 750,000 votes less than had Hillary Clinton, the Democratic nominee four years earlier.”

“That erosion is a danger sign for the party, given that President Biden’s winning margin in five states was less than 100,000 votes.”

The Economist: “Mr. Adams inherits a reeling city. The economic fallout on New York from the September 11th attacks was largely confined to lower Manhattan; the pandemic, by contrast, has shuttered businesses across all five boroughs. New York lost 630,000 jobs in 2020 and has an unemployment rate, 9%, that is more than double the national average. Tourists are staying away. The city has 100,000 fewer restaurant jobs than it did in early 2020, and hotel occupancy rates hover around 50%, compared with 90% before the pandemic.”

“Subway ridership is only just over half its pre-pandemic levels. Only 28% of Manhattan’s office workers are at their desks on any given day, and just 8% come in every day. Midtown is dead. Employment is unlikely to return to pre-pandemic levels until at least 2024.”

“Fortunately, Mr. Adams has a better relationship with the city’s businesses than did his predecessor, though that is a low bar.”

Coming early next year: Flipped: How Georgia Turned Purple and Broke the Monopoly on Republican Power by Greg Bluestein.

“The definitive account of how the election of Reverend Raphael Warnock and Jon Ossoff transformed Georgia from one of the staunchest Republican strongholds to the nation’s most watched battleground state—and ground zero for the disinformation wars certain to plague statewide and national elections in the future.”

“A county prosecutor said Tuesday that former New York Gov. Andrew Cuomo won’t face criminal charges stemming from allegations of unwanted kissing by two women, one of them a state trooper assigned to his detail,” the AP reports,

Michigan has its new, more competitive congressional district lines, adopted by a mix of Democrats, Republicans and independents on the citizen-led redistricting commission. Three of four partisanship measures indicate the new map will favor the GOP, but far less than the post-2010 map did; the current delegation is evenly split. The Detroit Free Press breaks it down.

Consider Michigan a new House battleground, write Zach Montellaro and Ally Mutnick, with three likely competitive seats. Republicans could nab anywhere from four to nine of the 13 seats depending on the year. The new map also sets up an incumbent-on-incumbent primary between Democratic Reps. Haley Stevens and Andy Levin, who are poised to run in the same district.

And Virginia officially has its new map, as the state Supreme Court took over the process after an independent commission deadlocked. Biden won seven of the 11 new districts, but two are tight and vulnerable for Democrats in a bad year. Democratic Rep. ABIGAIL SPANBERGER will still face a tough decision as her district moves north. More from the Richmond Times-Dispatch

“Republicans across America are pressing local jurisdictions and state lawmakers to make typically sleepy school board races into politicized, partisan elections in an attempt to gain more statewide control and swing them to victory in the 2022 midterms,” Politico reports.

“Tennessee lawmakers in October approved a measure that allows school board candidates to list their party affiliation on the ballot. Arizona and Missouri legislators are weighing similar proposals. And GOP lawmakers in Florida will push a measure in an upcoming legislative session that would pave the way for partisan school board races statewide, potentially creating new primary elections that could further inflame the debate about how to teach kids.”

In Philadelphia, the Washington Posts’ Cleve Wootson Jr. examines the explosive Democratic debate on crime between progressive, white DA Larry Krasner and Black former Mayor Michael Nutter, as anger over surging murder numbers breaks down along complex racial and ideological lines. “Philadelphia’s political leaders have grasped for solutions, old and new, as the crisis has intensified.”

A U.S. military base store sold figurines of Donald Trump holding a “Let’s Go Brandon” sign ahead of the holidays, the Anchorage Daily News reports.