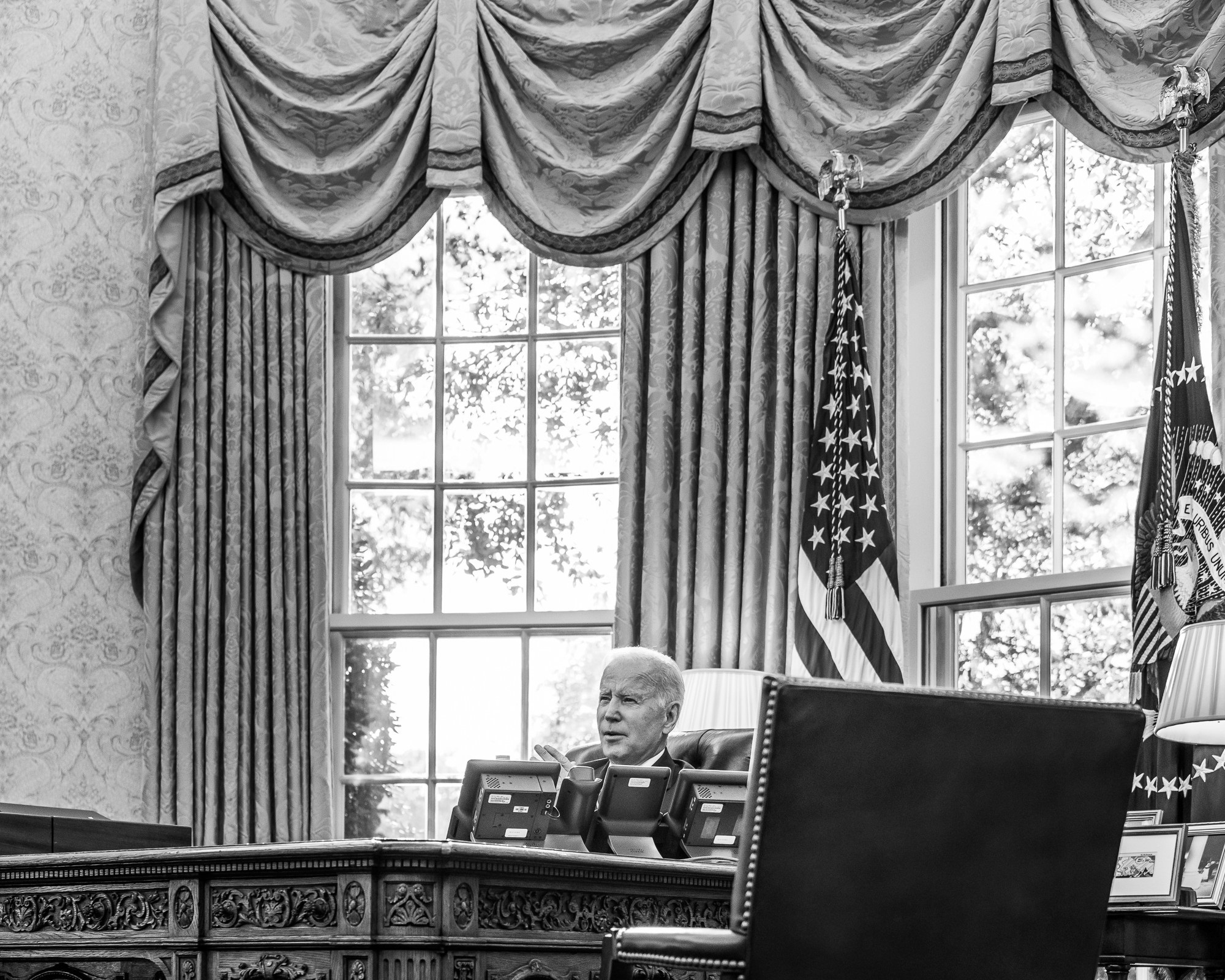 Former Sen. Harry Reid (D-NV) — who rose from abject poverty in rural Nevada to become one of the most influential state and national leaders — died today, the Nevada Independent reports.

New York Times: “Even by the standards of the political profession, where against-the-odds biographies are common and modest roots an asset, what Mr. Reid overcame was extraordinary. He was raised in almost Dickensian circumstances in tiny Searchlight, Nevada: His home had no indoor plumbing, his father was an alcoholic miner who eventually committed suicide, and his mother helped the family survive by taking in laundry from local brothels.”

Washington Post: “A combative but soft-spoken former amateur boxer, Mr. Reid displayed an economy of personal magnetism and embraced the art of the scrappy insult.”

“Mr. Reid was never a commanding presence before a crowd or on television. Sometimes he was barely audible, and he tended to litter his speeches with awkward pauses. But he was the consummate inside player, exercising his political and legislative skills behind the scenes.”

“Research by South African scientists suggests that Omicron could displace the Delta variant of the coronavirus because infection with the new variant boosts immunity to the older one,” Reuters reports.

If true, this could be how the pandemic finally ends.

“A winter surge in Covid-19 cases driven by the Omicron variant is prompting economists to downgrade U.S. and global growth expectations in the early part of 2022 as businesses struggle with absenteeism and consumers stay home to avoid getting sick,” the Wall Street Journal reports.

The CDC shortened its recommended isolation time for people who test positive for Covid-19 from 10 days to five days if they’re asymptomatic, Axios reports.

“Healthy individuals who have been vaccinated, and especially those who have been boosted, appear unlikely to develop severe infections from the omicron variant that would land them in the hospital, say medical experts who have monitored the effects of the newest coronavirus variant since it was identified over four weeks ago,” the Washington Post reports.

In a related thread, Dr. Craig Spencer shares his observations from the emergency room.

“Texas’ health services department is warning that five of its regional infusion centers have run out of the only monoclonal antibody treatment known to be effective against the omicron variant of COVID-19, which now accounts for 90% of new cases in the state,” the Texas Tribune reports.

Despite many worries that the new surge coupled with headache-inducing supply chain woes would stunt holiday sales this year, data says that doesn’t seem to be the case. “American consumers spent at a brisk pace over the shopping season, as an early rush to stores amid worries about supply and delivery problems muted the effects of a Covid-19 surge that disrupted some businesses and crimped spending before Christmas,” WSJ’s Suzanne Kapner and Paul Ziobro report.

“The same people who organized Trump’s fateful rally on the Ellipse had something else in store on Jan. 6: a separate, previously unreported rally planned in front of the Supreme Court,” TPM reports.

“In the end the organizers delayed, then aborted the Supreme Court rally as the assault on the Capitol unfolded and roads around the building were blocked.”

In Ukraine, the military is training civilians as a precaution if Russia takes the extraordinary step to attack the country, drawing on “a lesson from the United States’ wars in Iraq and Afghanistan of the past two decades, when guerrillas provided enduring resistance in the face of vastly superior American firepower,” NYT’s Andrew Kramer writes in Kyiv.

“U.S. and Russian officials will hold security talks next month amid an alarming Russian military buildup on its shared border with Ukraine,” CNBC reports.

“The Jan. 10 meeting will focus on arms control agreements, NATO and Russian military activity as well as rising tensions over Ukraine.”

Wall Street Journal: “No sign has emerged that the two sides have been able to narrow their differences over Moscow’s core demand that the North Atlantic Treaty Organization sever its military ties to Ukraine and Georgia and rescind past statements that they will eventually join the alliance.”

“The House committee investigating the Jan. 6 attack on the Capitol plans to begin holding public hearings in the new year to tell the story of the insurrection from start to finish while crafting an ample interim report on its findings by summer, as it shifts into a more public phase of its work,” the Washington Post reports.

“The panel will continue to collect information and seek testimony from willing witnesses and those who have been reluctant — a group that now includes Republican members of Congress. It is examining whether to recommend that the Justice Department pursue charges against anyone, including former president Donald Trump, and whether legislative proposals are needed to help prevent valid election results from being overturned in the future.”

“The House committee investigating the Jan. 6 insurrection at the Capitol has agreed to defer its request for hundreds of pages of records from the Trump administration, bending to the wishes of the Biden White House,” the AP reports.

“The deferral is in response to concerns by the Biden White House that releasing all the Trump administration documents sought by the committee could compromise national security and executive privilege.”

“The 5th U.S. Circuit Court of Appeals, based in Louisiana, scheduled the hearing after the Supreme Court this month declined to block enforcement of the Texas law known as S.B. 8 while allowing abortion providers in the state to proceed with their legal challenge.”

“The French government will block five widely watched pornography websites unless they introduce measures to verify that users are aged over 18,“ the Times of London reports.

“The move brings France into line with Germany in taking action against sites that fail to prevent children from accessing adult content.”

“The two countries have some of the strictest rules in the developed world for tackling the issue.”

“Everything from coffee to mustard is getting more expensive next year,” the Wall Street Journal reports.

“Many food manufacturers say they plan to raise prices in 2022 for a range of products from macaroni-and-cheese to snacks, the latest sign that consumers will continue to face higher costs at the supermarket.”

“Federal prosecutors are increasingly using racketeering statutes to go after a broader array of criminal activity, applying them in ways that deviate from the law’s original goal of dismantling organized crime,” the Wall Street Journal reports.

John White: “The U.S. Constitution is the sacred text of American government and civic life. But it’s time to face facts: The document, written in 1787, isn’t working.”

David Axelrod: “In early 2010, when Democrats lost a special election for the late Edward Kennedy’s Senate seat — and with it, their ability to overcome a Republican filibuster — Washington rose as one, an insistent chorus of grim reapers, reading last rites over the Affordable Care Act and Barack Obama’s presidency. By then, Mr. Obama had been through six fruitless months of negotiations with Republicans, followed by fierce internal battles between House and Senate Democrats over the details of the plan. The Massachusetts defeat seemed as if it would doom the ACA, the centerpiece of his legislative agenda.”

“Twelve years later, President Biden finds himself in a similar fix. Sen. Joe Manchin’s sudden announcement that he would deny the president the critical 50th Democratic vote for his prized Build Back Better Act was a bitter blow. It came after months of politically costly, maddening negotiations, during which Mr. Manchin provoked a series of big concessions, only to present the president and his party with a lump of coal just before Christmas.”

But in 2021, the performance of his partisan adversaries mattered at least as much to the nation’s future. And in Washington and state capitals alike, Republicans have compiled a record of dishonesty and aggression that threatens American democracy itself.

The January 6 insurrection, incited by then-President Donald Trump to overturn his election defeat, offered them a different path. Deadly violence that endangered their own lives gave Republican lawmakers the strongest possible justification for separating themselves from Trump’s disfiguring pathologies.

For a moment, they did. Shaken congressional leaders condemned him and returned to the vandalized capital to affirm Biden’s victory.”

Jennifer Rubin: “Voter suppression is called “tighter voting requirements.” The Republican’s descent into authoritarianism and its dalliance with violence is explained away as “polarization.” Meritless cases to overturn the election are described as “lawsuits stemming from the 2020 election,” and rarely is it made clear that “concerns about fraud” is a red herring or that the 2020 election was the most reviewed and reaffirmed in history (thanks to the slew of audits).

The media talks about the “lack of civility” in politics. But when do Democrats post videos depicting violence against Republicans? When do they follow Republican members down the halls of Congress to harass and scream at them?”

New York Times: “In Enid, Okla., pandemic politics prompted a fundamental question: What does it mean to be an American? Whose version of the country will prevail?

From lockdowns to masks to vaccines to school curriculums, the conflicts in America keep growing and morphing, even without Donald Trump, the leader who thrived on encouraging them, in the White House. But the fights are not simply about masks or schools or vaccines. They are, in many ways, all connected as part of a deeper rupture — one that is now about the most fundamental questions a society can ask itself: What does it mean to be an American? Who is in charge? And whose version of the country will prevail?

Social scientists who study conflict say the only way to understand it — and to begin to get out of it — is to look at the powerful currents of human emotions that are the real drivers. They include the fear of not belonging, the sting of humiliation, a sense of threat — real or perceived — and the strong pull of group behavior.”

The city line between Columbus and suburban Hilliard crosses right through the strip mall, Mill Run Square. In Columbus, where the Lowe’s Home Improvement Store lies, the city council early in the coronavirus pandemic created a mask requirement that remains in place. In Hilliard, where Hales is located, the city council has not imposed a mask rule, despite entreaties from the top county health official as coronavirus cases spiked.

Under a new law in Ohio — one of at least 19 states this year that have restricted state or local authorities from safeguarding public health amid the coronavirus pandemic — Franklin County’s health commissioner Joe Mazzola can no longer intervene. The county health department was stripped of its power to compel people to wear masks even as the omicron variant fuels a fifth coronavirus surge in the United States.

“We’ve not been able to put in place the policy that would protect our community,” Mazzola said.”