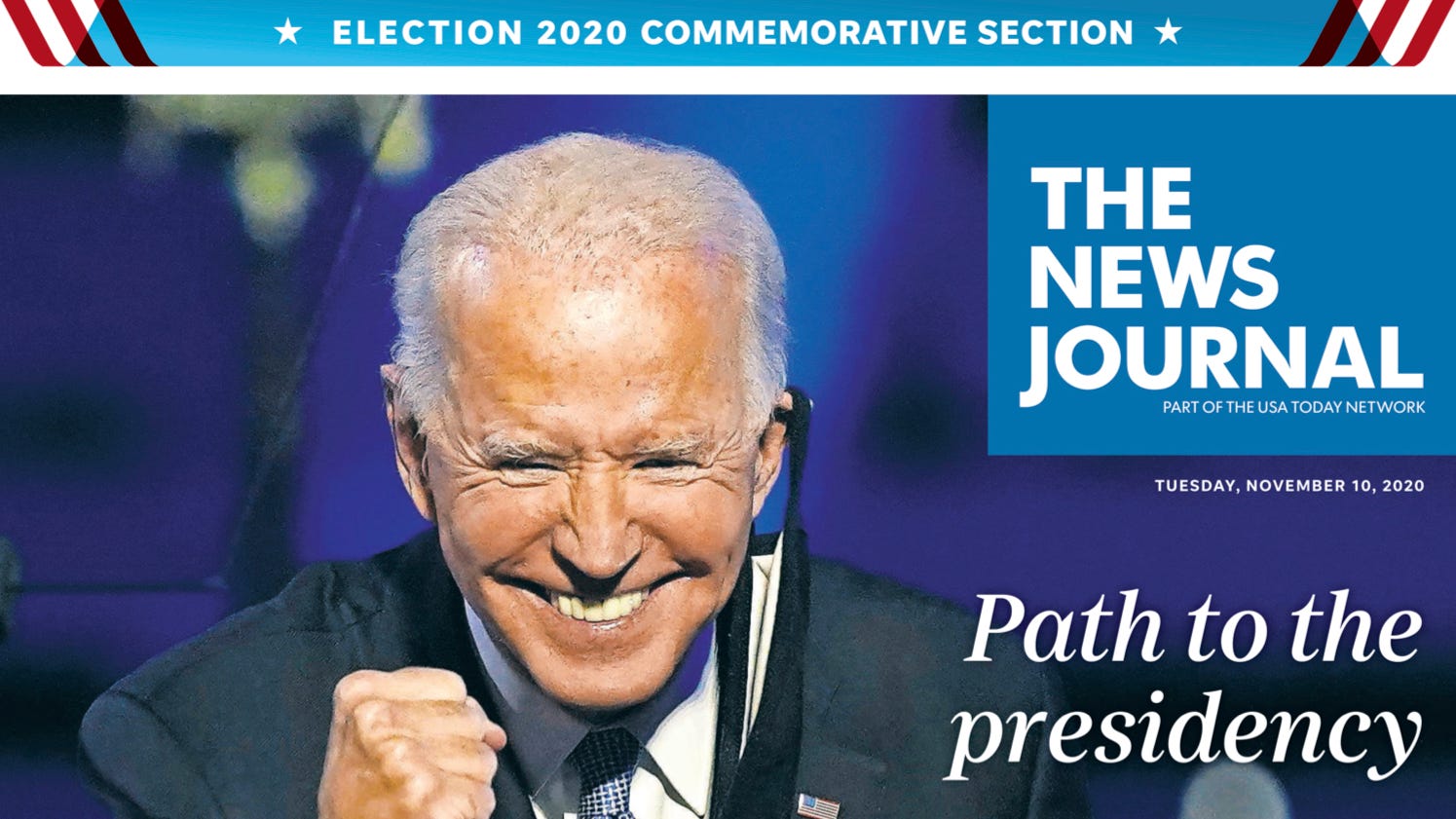 Those looking to get their message in front of Biden have taken to buying ad space in Delaware’s The News Journal, a century-old publication that counts the president as one of its readers, writes Politico. Biden was known to peruse The News Journal while vice president, and “regularly fielded questions from the paper’s reporters on the 2020 campaign trail.” And in May, Politico reported the paper was read in the White House and delivered to Biden’s home in Wilmington.

A handful of parties looking to influence the president have run 17 ads between September and mid-November alone, some of which called on Biden to “take action on renewable fuel policy,” or expressed “gratitude that he preserved tribal cultural heritage sites in Utah,” writes Politico. For one group, the Union of Concerned Scientists, it cost $22,000 to buy four sets of ads with three ads running in each set.

“We are doing the classic full court press, trying everything we can think of, to try and get our message to the president,” said Stephen Young, the group’s senior Washington representative.

Targeting Biden with these “strategically placed” print ads is “of a similar strategic vein — though entirely different scope — to the methods used to reach his predecessor, Donald Trump,” Politico adds. During Trump’s time in office, those interested in getting in front of him “repeatedly took to Fox News to lobby their case directly.” But much like the current president’s temperment, this newspaper-based system of policy influencing is a decidedly much softer approach.

2 comments on “Occupy Biden through the News Journal”