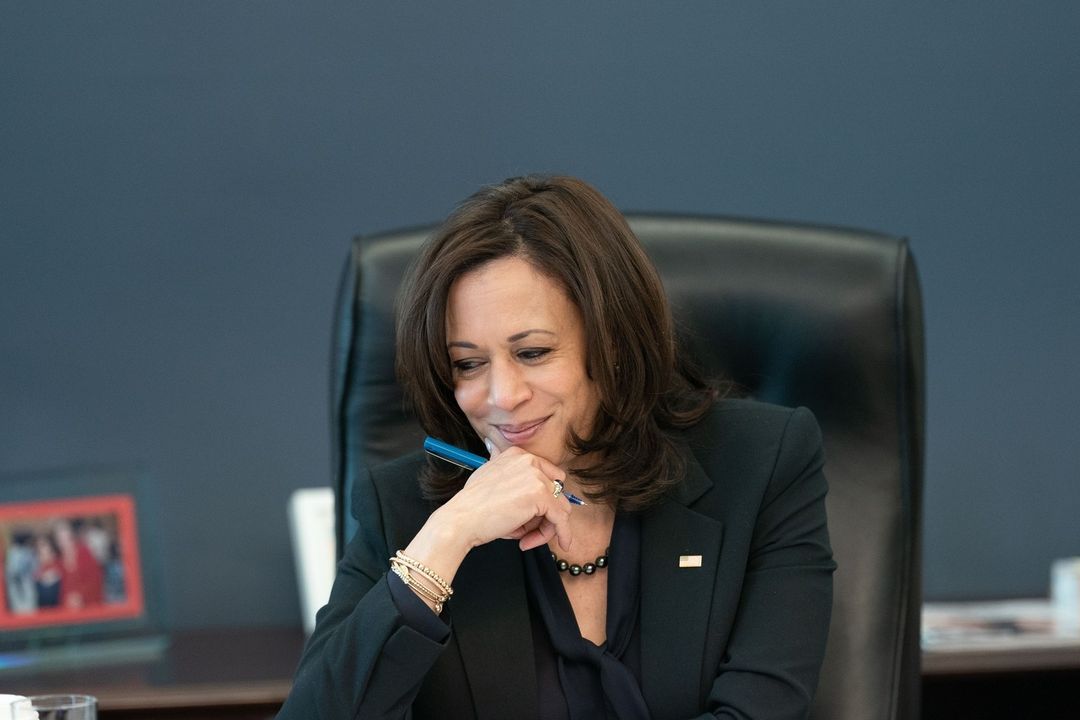 Paul Waldman: “It’s still too early to say how all this will turn out, and the 2022 elections are also an uncertainty. But the big picture, as Dave Wasserman of the Cook Political Report says, is that ‘redistricting is shaping up to be close to a wash.’”

“And as Joel Wertheimer predicted at Data for Progress, ‘when redistricting is finished, more districts in 2022 will be to the left of Joe Biden’s 4.5-point national margin against Trump than in 2020.’ This is about as good an outcome as Democrats could have hoped for.”

Ed Kilgore: “Biden is not currently on a glide path toward recognition as one of America’s great presidents. Indeed, he’s got some ground to make up if he is to regain the modest popularity he had at the beginning of this year. And he’s already bearing at least a president’s-size share of the blame for what has been a disappointing 2021 for Democrats.”

“Considering his relatively low-profile presidential style, Biden could get taken for granted or even written off if political observers think he’s out of there in 2024. This is actually a problem for every struggling first-term president. In mid-1979, a very unpopular Jimmy Carter facing an uphill nomination fight against Ted Kennedy went out of his way to tell reporters that if Teddy ran ‘I’ll whip his ass.’ Biden needs to show some fight as well. If, by contrast, the 46th president looks like he might become the first chief executive since Rutherford B. Hayes to pack it in after a single four-year term, he’s going to lose some juice for real.”

Politico covers some of the whoppers, but this is my favorite:

On the morning of Jan. 6, conservative talk radio host Hugh Hewitt appeared on Megyn Kelly’s podcast and was asked a question on the minds of seemingly every political observer in America: “Joe Biden’s going to get certified today. What does Trump do over the next two weeks before the inauguration? I mean, he’s still going to be saying what he’s saying about the electoral process, and there’s a big rally in D.C. today, but what do you think we can expect?”

Hewitt responded: “I would just say to everybody: It will be fine. Everything’s going to be fine.”

New York Times: “As Dr. Oz jumped last month into the Republican primary for Senate in Pennsylvania, where his celebrity gives him an important advantage in a crucial race, he tied his candidacy to the politics of the pandemic. He appealed to conservatives’ anger at mandates and shutdowns, and at the ‘people in charge’ who, he said, ‘took away our freedom.’”

“But the entry into the race of the Cleveland-born heart surgeon, a son of Turkish immigrants who has been the host of The Dr. Oz Show since 2009, also brought renewed scrutiny to the blemishes on his record as one of America’s most famous doctors: his long history of dispensing dubious medical advice.”

“In ebullient language, he has often made sweeping claims based on thin evidence, which in multiple cases, like that of hydroxychloroquine, unraveled when studies he relied on were shown to be flawed.”

Evan Osnos: “Spend several months immersed in American talk radio and you’ll come away with the sense that the violence of January 6th was not the end of something but the beginning. A year after Trump supporters laid siege to the U.S. Capitol, some of his most influential champions are preparing the ground for his return, and they dominate a media terrain that attracts little attention from their opponents.”

“As liberals argue over the algorithm at Facebook and ponder the disruptive influence of TikTok, radio remains a colossus; for every hour that Americans listened to podcasts in 2021, they listened to six and a half hours of AM/FM radio… Talk radio has often provided more reliable hints of the political future than think tanks and elected officials have. In 2007, even as the Republican leaders George W. Bush and John McCain were trying to rebrand themselves as immigration reformers, Limbaugh was advocating laws that would deny immigrants access to government services and force them to speak English.”

Peter Wehner: “Donald Trump Jr. is both intensely unappealing and uninteresting. He combines in his person corruption, ineptitude, and banality. He is perpetually aggrieved; obsessed with trolling the left; a crude, one-dimensional figure who has done a remarkably good job of keeping from public view any redeeming qualities he might have.”

“There’s a case to be made that he’s worth ignoring, except for this: Don Jr. has been his father’s chief emissary to MAGA world; he’s one of the most popular figures in the Republican Party; and he’s influential with Republicans in positions of power. He’s also attuned to what appeals to the base of the GOP. So, from time to time, it is worth paying attention to what he has to say.”

“Chief Justice John Roberts earns the highest job approval rating of 11 U.S. leaders with 60% approving of how he is handling his role,” according to Gallup.

“Only two other leaders on the list are reviewed positively by majorities of Americans — Federal Reserve Chairman Jerome Powell (53%) and Director of the National Institute of Allergy and Infectious Diseases Dr. Anthony Fauci (52%).”

“The defiant far-right acolytes of former president Donald Trump in the House Republican caucus have embarked on a targeted campaign ahead of the midterm elections to expand their ranks — and extend their power — on Capitol Hill,” the Washington Post reports.

“The effort, backed by Trump and guided by House members such as Marjorie Taylor Greene (R-GA) and Madison Cawthorn (R-NC), is part of a broader push by followers of the ‘Make America Great Again’ movement to purge the GOP of those not deemed loyal to the former president and his false claims that the 2020 election was rigged in favor of Joe Biden.”

“False claims that there were thousands of ballots cast in the names of dead Georgia voters can now rest in peace. Election investigators found just four absentee ballots in the 2020 presidential election from voters who had died, all of them returned by relatives,” the Atlanta Journal Constitution reports.

“The tiny number of ballots actually cast on behalf of deceased voters contrasts with Republican Donald Trump’s false accusation that there were 5,000 dead voters in Georgia’s election.”

“Every election year, American politicians find new and ever more brazen ways to disprove that old F. Scott Fitzgerald adage—that there are ‘no second acts in American lives,’” the Daily Beast reports.

“Next year’s pivotal midterm elections feature a raft of political figures nationwide who are trying to do just that, attempting to regain their former power and glory, avenge past defeats, move past scandals, or in one very prominent case, do all three.”

The Oregon father who wished President Biden and the first lady a wonderful Christmas while adding “Let’s go, Brandon” to his remarks, told the Oregonian that “he didn’t intend his parting message to be vulgar.”

Said Jared Schmeck: “At the end of the day, I have nothing against Mr. Biden, but I am frustrated because I think he can be doing a better job. I mean no disrespect to him.”

He also insisted that he’s “not a Trumper.”

But Schmeck showed his true colors today, telling Steve Bannon: “Donald Trump is my president and he should still be president right now. The election was 100% stolen. So, I just want to make that clear.”

Winsome Sears’ road to becoming Virginia’s lieutenant governor — and the first Black woman elected to statewide office in the commonwealth — was unlikely. Now, she wants to change the conversation among Black Republican voters. “This is the question that Ms. Sears embodies: whether she is a singular figure who won a surprise victory or the vanguard of a major political realignment, dissolving longtime realities of race and partisan identification,” NYT’s Campbell Robertson writes in Richmond, Va.

“Democrats say there is little evidence for the latter, and that Ms. Sears won with typical Republican voters in an especially Republican year. But Ms. Sears insists that many Black and immigrant voters naturally side with Republicans on a variety of issues — and that some are starting to realize that. ‘The only way to change things is to win elections,’ she said. ‘And who better to help make that change but me? I look like the strategy.’”