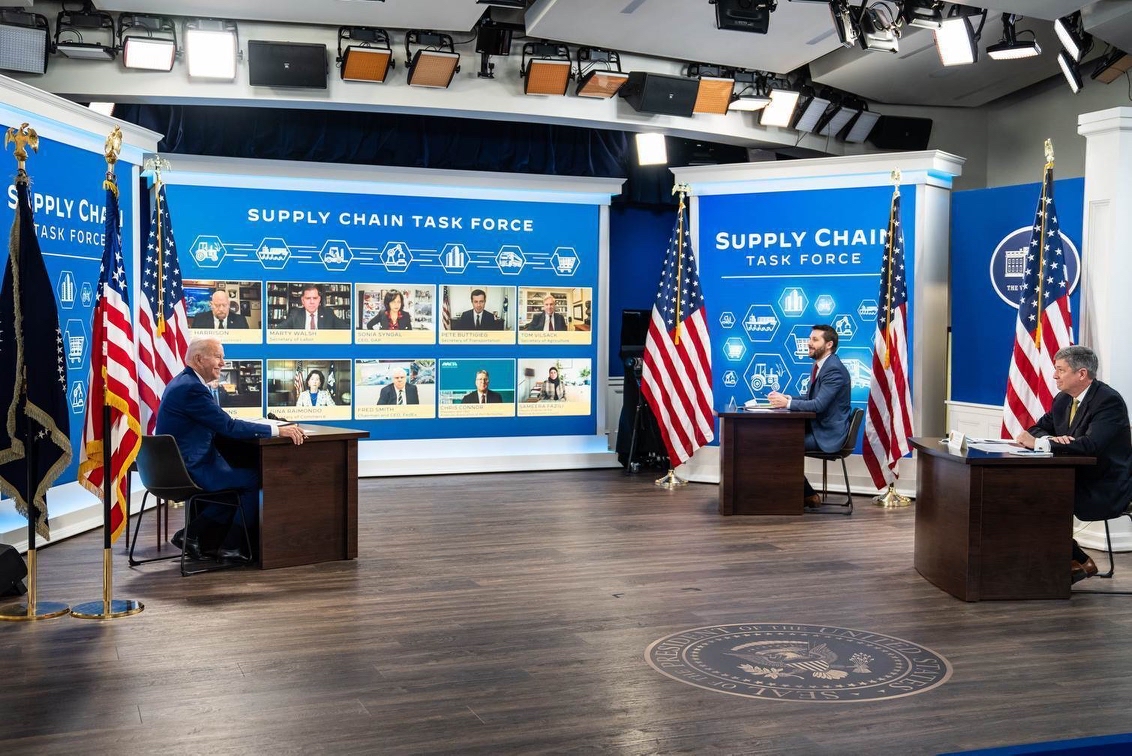 Cook Political Report: “On Monday, California’s citizens’ redistricting commission voted 14-0 to approve a map that’s a dream for Democrats. Technically, the commission (five Democrats, five Republicans and four others) was prohibited from taking partisan or incumbent data into consideration.”

“But the end product features strong districts for California’s 42 Democratic incumbents (save for two who are retiring) and makes five out of 11 GOP incumbents more vulnerable.”

“To many, the future mayor is still an enigma. The Black Democrat talks of law and order, but also Black Lives Matter. He courts Wall Street, then travels to Ghana to be spiritually cleansed. He parties late into the night alongside the rapper Ja Rule and the former Google C.E.O. Eric Schmidt. His talent and intellect are obvious. But he sounds nothing like Barack Obama.

What exactly Mr. Adams intends to do once at City Hall is unclear. What is certain for now is that Mr. Adams knows who sent him there.

New York’s Black Democratic base had endured a plague and marched for Black lives. They had kept the city going, along with municipal workers of all backgrounds, while wealthier New Yorkers remained safely at home. They had felt the rise in violence in their neighborhoods, and seen the resurgence of white supremacy under President Donald Trump. Their choice for mayor was Eric Adams.”

A bunch of people who fell ill after a conspiracy conference in Dallas earlier this month that featured Mike Flynn, Roger Stone, Mike Lindell and Eric Trump have fittingly conjured up a new conspiracy for their illnesses: It’s wasn’t COVID but anthrax!

“More than a year after Donald Trump lost the presidency, election officials across the country are facing a growing barrage of claims that the vote was not secure and demands to investigate or decertify the outcome, efforts that are eating up hundreds of hours of government time and spreading distrust in elections,” the Washington Post reports.

“The ongoing attack on the vote is being driven in part by well-funded Trump associates, who have gained audiences with top state officials and are pushing to inspect protected machines and urging them to conduct audits or sign on to a lawsuit seeking to overturn the 2020 results. And the campaign is being bolstered by grass-roots energy, as local residents who have absorbed baseless allegations of ballot fraud are now forcing election administrators to address the false claims.”

Noting that he ended up “placing second” during the 2016 GOP primaries, Cruz said: “There’s a reason historically that the runner-up is almost always the next nominee. That’s been true going back to Nixon or Reagan, or McCain or Romney. That’s played out repeatedly.”

Rep. Tom Rice (R-SC) told Politico that he regrets his vote against certifying two states’ electoral votes for President Joe Biden in the hours after the Jan. 6 Capitol attack.

Said Rice: “In retrospect I should have voted to certify. Because President Trump was responsible for the attack on the Capitol.”

He added: “In the wee hours of that disgraceful night, while waiting for the Capitol of our great country to be secured, I knew I should vote to certify. But because I had made a public announcement of my intent to object, I did not want to go back on my word. So yeah, I regret my vote to object.”

A new Kaiser Family Foundation poll finds that just 12% of unvaccinated Americans said the Omicron variant’s emergence would make them more inclined to get their first shot.

Former President Donald Trump told Fox News that his new social media platform will likely be up and running in the first quarter of 2022.

Wall Street Journal: “More than a decade after the 2008 crisis cast financiers as national villains and obstructed their glide path to Washington, the political calculus has flipped once again.”

“Wealthy would-be candidates are emboldened, consultants say, by the success of Glenn Youngkin, who was elected Virginia’s governor last month. The longtime Carlyle Group Inc. executive deflected attacks on his private-equity career and charted a middle-road course that now appeals to the kind of Republican—low-tax, pro-business and wary of former President Donald Trump’s hold over the party—that populates Wall Street.”

“Arizona, one of the most bitterly divided swing states, finalized a new congressional map that could hand the GOP six of its nine congressional districts in 2022,” Politico reports.

“Democrats, who currently control five of the state’s nine seats, are probably staring down a short-term loss in the current political climate. But the new map, drawn over several months by a bipartisan panel of commissioners and adopted unanimously, ensures the state will continue to be a top House battleground for the next decade.”

New York Times: “While most presidents promise their vice presidents access and influence, at the end of the day, power and responsibility are not shared equally, and Mr. Biden does not always feel a need for input from Ms. Harris as he navigates some of his most important relationships.”

“But without a headlining role in some of the most critical decisions facing the White House, the vice president is caught between criticism that she is falling short and resentment among supporters who feel she is being undercut by the administration she serves. And her allies increasingly are concerned that while Mr. Biden relied on her to help him win the White House, he does not need her to govern.”

Coming soon: Campaign of the Century: Kennedy, Nixon, and the Election of 1960 by Irwin Gellman.

“Based on previously unused sources such as the FBI’s surveillance of JFK and the papers of Leon Jaworski, vice-presidential candidate Henry Cabot Lodge, and many others, this book presents the first even-handed history of both the primary campaigns and the general election.”