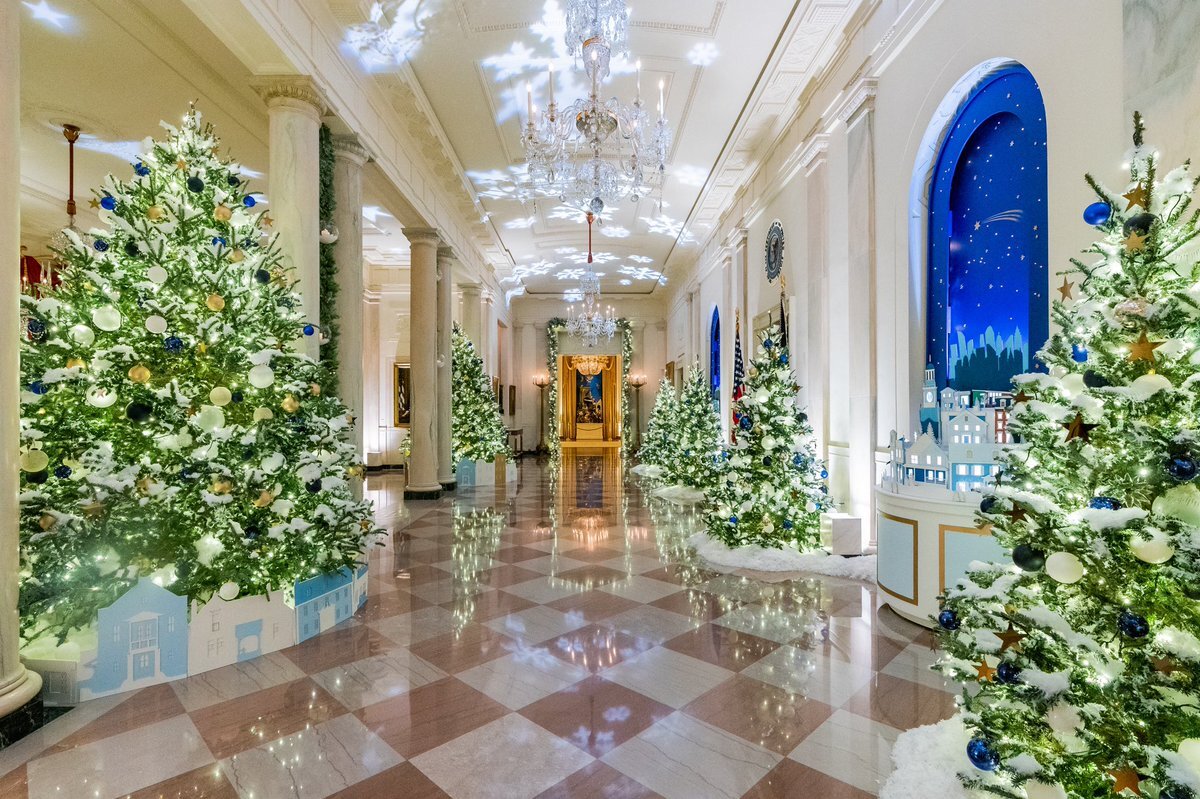 “After a key setback to President Joe Biden’s spending agenda, U.S. Sen. Susan Collins signaled openness on Tuesday to an effort that would overhaul a child tax credit set to expire in January if Congress does not act,” the Bangor Daily News reports.

“While Republicans including Collins have been in lockstep against Democratic stimulus plans in 2021, the Maine senator said a revived tax-credit push led by Sen. Mitt Romney, R-Utah, is among ‘a number of proposals worthy of consideration’ on that issue. While she stopped short of backing it outright, it could signal a bipartisan willingness to make a narrower deal, though the plan still faces obstacles.”

Kevin Dugan at New York Magazine looks into the impact of both Manchin’s opposition as well as the Omicron covid surge on the economy:

“Harsh new lockdown measures are unlikely anywhere in the country, especially since the Omicron variant may be milder than its predecessors. But between the new infection wave and the demise of BBB, the economy could soon look a lot like this past weekend’s Saturday Night Live episode: cobbled together with a skeleton crew and not very good. The one-two punch sent markets into a free fall on Monday, with the Dow Jones Industrial Average shedding more than 650 points before recovering a bit, in one of the worst days since news of Omicron first spooked markets on Black Friday. It’s a stark turnaround from the state of play last week, when BBB seemed weakened but passable and the finance sector viewed Omicron as a positive development that ultimately could herald the end of the pandemic era.”

Playbook: “The White House is increasingly frustrated that the burden of tackling a worldwide pandemic is falling disproportionately on the U.S. and not enough on other large, wealthy countries. At the same time, pressure is growing on the U.S. to do even more as the pandemic drags on and, in many low-income countries, gets worse.”

“The longer poorer countries remain unvaxxed, the better conditions for the virus to thrive. And the longer it thrives, the more likely that another variant (maybe one more dangerous than Omicron) reaches the United States, bogging Biden down even further in this Covid quagmire.”

“A booming U.S. economy is rippling around the world, leaving global supply chains struggling to keep up and pushing up prices,” the Wall Street Journal reports.

“U.S. economic output is set to expand by more than 7% annualized in the final three months of the year, up from about 2% in the previous quarter… That compares with expected annualized growth of about 2% in the eurozone and 4% in China for the fourth quarter.”

Doug Sosnik: “We don’t need to wait for the results of next year’s midterm elections to know that a political shock wave is headed toward Washington. The early tremors are already detectable.”

“Donald Trump’s takeover of the Republican Party will soon be complete, and what had previously been a fringe element within the GOP will emerge fully in control. The two big lies — that the 2020 election was stolen from Trump and that the Jan. 6 attack on the U.S. Capitol was not serious enough to merit an investigation — are no longer considered radical inside the GOP.”

“Republicans can be expected to take over the House of Representatives after the midterm elections — most likely by a considerable margin. Trump already dominates the GOP at the state and local levels, and with the notable exceptions of Reps. Liz Cheney (R-WY) and Adam Kinzinger (R-IL), has a vice-like grip on Republican House members. Even if Trump does not run in 2024, his views and policies now represent mainstream Republican thinking.”

“And even if the Democrats maintain their narrow grip on the Senate, what is left of the reasonable wing of the Republican Senate is about to disappear. The Republican half of the Senate is on the brink of a new, and irresponsible, era. The 2022 election will cement the trend.”

“Just as Americans and Europeans were eagerly awaiting their most normal holiday season in a couple of years, the omicron variant has unleashed a fresh round of fear and uncertainty — for travelers, shoppers, party-goers and their economies as a whole,” the AP reports.

“A heightened sense of anxiety has begun to erode the willingness of some people and some businesses to carry on as usual in the face of the extraordinarily contagious omicron variant, which has fast become the dominant version of the virus in the United States.”

Kansas Gov. Laura Kelly (D) dismissed outrage over “critical race theory” — an academic concept that is not part of public school curricula — as wholly manufactured, the Wichita Eagle reports.   Said Kelly: “I think this is a nothing burger that’s been cooked up to get people up in arms about something that’s not real.”

D.C. Metropolitan Police officer Michael Fanone, who was badly beaten during the Jan. 6 insurrection and became an outspoken witness of the attack, announced on Monday that he was resigning from the force and will officially depart on Dec. 31.

Fanone will be a contributor on CNN, where he will discuss law enforcement.

Fanone’s colleagues attacked him in private online chats for calling out MAGAland’s efforts to downplay Jan. 6, the officer told the Washington Post. He said he only has two officers he counts as friends left in the department.

The Intercept: “Last year, right-wing groups that have long opposed the concept of increased government spending on ‘handouts’ were the recipients of more than $1.7 million in Paycheck Protection Program loans while seeing significant increases in contributions or net assets.”

“Criminals have stolen close to $100 billion in pandemic relief funds,” CNBC reports.  “The stolen funds were diverted by fraudsters from the Small Business Administration’s Paycheck Protection Program, the Economic Injury Disaster Loan program and a another program set up to dole out unemployment assistance funds nationwide.”

“Israeli officials said Tuesday that the country will administer a fourth dose of the Covid-19 vaccine, in a bid to curb the rapid spread of the Omicron variant,” the New York Times reports.  “Israel is believed to be the first country to offer a fourth round of doses.”

A Pennsylvania man “whose wife’s Facebook postings tipped the FBI off to his part in the mob that stormed the Capitol on Jan. 6 told a federal judge Monday that he was ‘ashamed’ for his role — which included entering the breached building for more than 20 minutes and walking into a ransacked U.S. senator’s office — and that it was only after the couple watched the New York Times video report on the day that they saw the full scope of the violence,” the Philadelphia Inquirer reports.

Said the man’s wife: “Never in my life could I have dreamed that something I posted on Facebook would be used against my husband, would lead him to be arrested.”

“Donald Trump appears to have flown on Jeffrey Epstein’s private jets six more times than was previously known, according to flight logs released as evidence in Ghislaine Maxwell’s trial,” the Miami Herald reports.

Rep. Andy Biggs (R-AZ) told Fox News that President Biden’s response to the coronavirus has been geared towards control and vilifying the unvaccinated.   Said Biggs: “It gets to the notion of what this has been about — and it’s about control. Biden wants control. So, his minions, like Fauci was on saying from now on, you’re going to have to wear a mask on the airplanes forever.”

Far-right Rep. Paul Gosar (R-AZ) encouraged an anti-vaccine group to “stay the course” in a video with anti-vaxx activist Ethan Schmidt yesterday, even though the Republican told the Arizona Mirror in December last year that he was waiting in line for the vaccine, and his office told CNN in May that the congressman had gotten the vaccine.