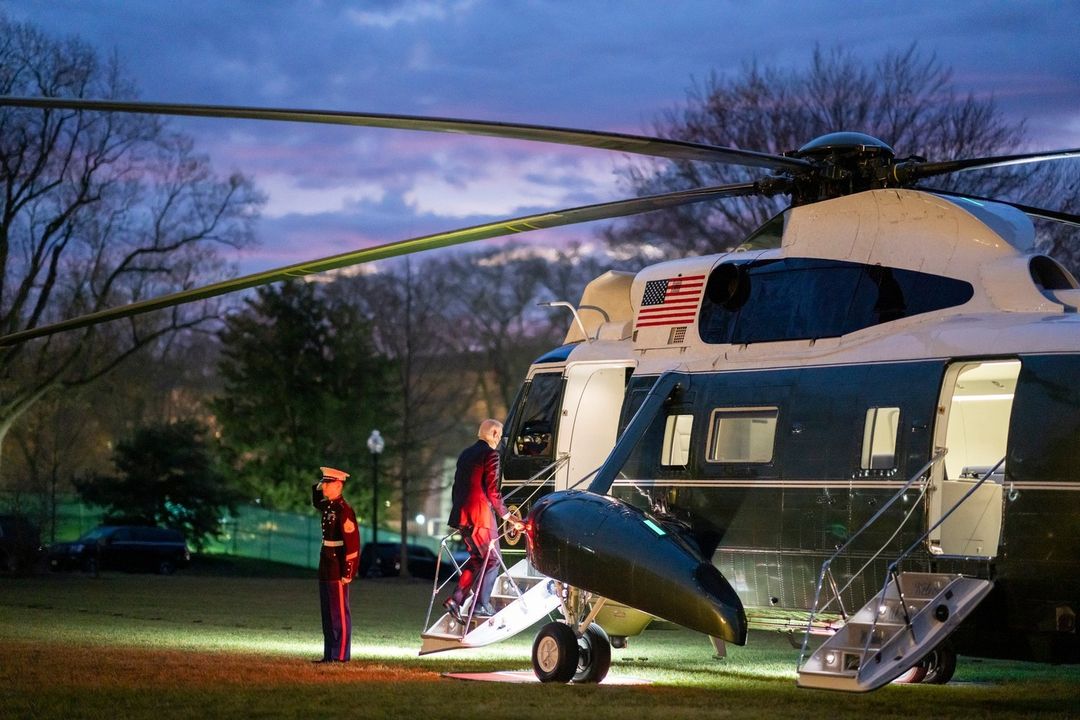 A new Morning Consult poll finds just 38% of Americans think the country is on the right track, while 62% think it’s on the wrong track.

President Biden “now sports the lowest net economic rating of any president at this point through their first term since at least Jimmy Carter in 1977,” CNN reports.

“Carter’s economic net approval rating of -8 points in an early January 1978 CBS News/New York Times poll was the lowest around this point in a presidency before Biden’s -13 points.”

“Sen. John Thune (R-SD), the second-ranking Senate Republican and a potential future leader, is seriously considering retiring after next year, a prospect that has set off an intensifying private campaign from other Republicans urging him to seek re-election,” the New York Times reports.

“Mr. Thune is only 60, but a combination of family concerns and former President Donald Trump’s enduring grip on the Republican Party have prompted the senator, who is in his third term, to tell associates and reporters in his home state that 2022 could be his last year in Congress.”

Georgia’s Lincoln County Board of Elections is aiming to close six of the county’s seven polling places ahead of next year’s elections to supposedly make ​​voting “easier and more accessible,” the board claims.

Some county residents live as far as 23 miles away from the county seat, a former county school board member told the Augusta Chronicle.

The board’s efforts were made possible by Georgia Republicans’ voter suppression legislation. Under that legislation–the chief sponsor of which was a GOP senator who represents Lincoln County– the county board of elections was disbanded and replaced with new appointees.

The board was slated to vote on the change last week but seemed to lack a quorum, according to the Augusta Chronicle.

An interesting thing is that the one polling station they want to keep open is in the heart of where the black population of the county lives. The county is 1/3 African American. So these idiot Republicans might make it harder for white people to vote in their zeal to make it harder to vote.

The family of a QAnon member “who left her husband and children behind in Delaware to follow a fringe QAnon cult leader to Dallas last month, has been drinking a chemical cocktail containing chlorine dioxide, an industrial disinfectant, among other substances,” the Dallas Observer reports.

“It’s unclear why the group is drinking the chemical potion, as many believe the coronavirus, which has killed over 800,000 people in the U.S. and millions worldwide so far, is a government fabrication.”

James Carville to The Atlantic:  “First of all, 2021 is the greatest story never told. In terms of job creation, in terms of hourly employees having some power over their lives, it’s been a remarkable year. We haven’t told anybody. I would have ruthless, aggressive, and disciplined messaging. I would get out front of this crime thing pronto, like now. Why is there not an FBI strike force dispatched to California to deal with this smash-and-grab stuff?”

“The White House has got to put people out there, plant stories, do everything you can do, just have a really ruthless, disciplined message operation. The fact that people in this country believe that nothing is happening in Washington, that it’s hopelessly gridlocked—it’s just not true. I would heap a ton of blame on the press, but I gotta heap a ton of blame on the Democrats because we’re just not telling our story.”

“I don’t think I can rebrand. I think this will follow me forever. I believe that I was part of something unusually evil, and I hope that it was a one-time lesson for our country and that I can be a part of making sure that at least that evil doesn’t come back now.”  — Former Trump aide Stephanie Grisham, in an interview with New York Magazine.

“A member of Donald Trump’s 2020 presidential campaign arranged and participated in a meeting at which a Georgia election worker says she was pressed by a Chicago publicist to falsely admit voting fraud,” Reuters reports.

“The revelation directly ties a senior figure in the former president’s political operation to an extraordinary late-night Jan. 4 meeting in which a $16-an-hour election worker faced pressure to implicate herself in a baseless conspiracy theory, stoked by Trump himself, as he sought to overturn his Georgia election loss.”

Jonathan Bernstein: “A lot of Democratic party actors really, really, really hate the Iowa caucuses — and they especially hate that the caucuses are the first delegate-selection event on the presidential-nomination calendar. Given that the state party thoroughly botched the job in 2020, failing to report the results on the night of the vote, many thought that this was finally the end of the line for Iowa.”

“Well, not so much. It appears that Democrats will face the same basic calendar in 2024 they have for the last few cycles, with Iowa, New Hampshire, Nevada and South Carolina going in that order, followed by what will likely be a large Super Tuesday-type event. Nothing is certain yet, but if Democrats are backing away from major reforms now it’s pretty unlikely they’ll happen.”

“The list includes Trump White House veteran Hope Hicks. Hicks, who has been helping McCormick arrange meetings and reach out to people ahead of his anticipated early 2022 announcement, is working on her first campaign since being a top staffer on Trump’s 2016 effort.”

“The push to impose voting restrictions at the state level is poised to continue next year as Republicans drive forward with an array of new proposals — ranging from legislation that would eliminate ballot drop boxes to bills that would establish new ID requirements to vote,” CNN reports.