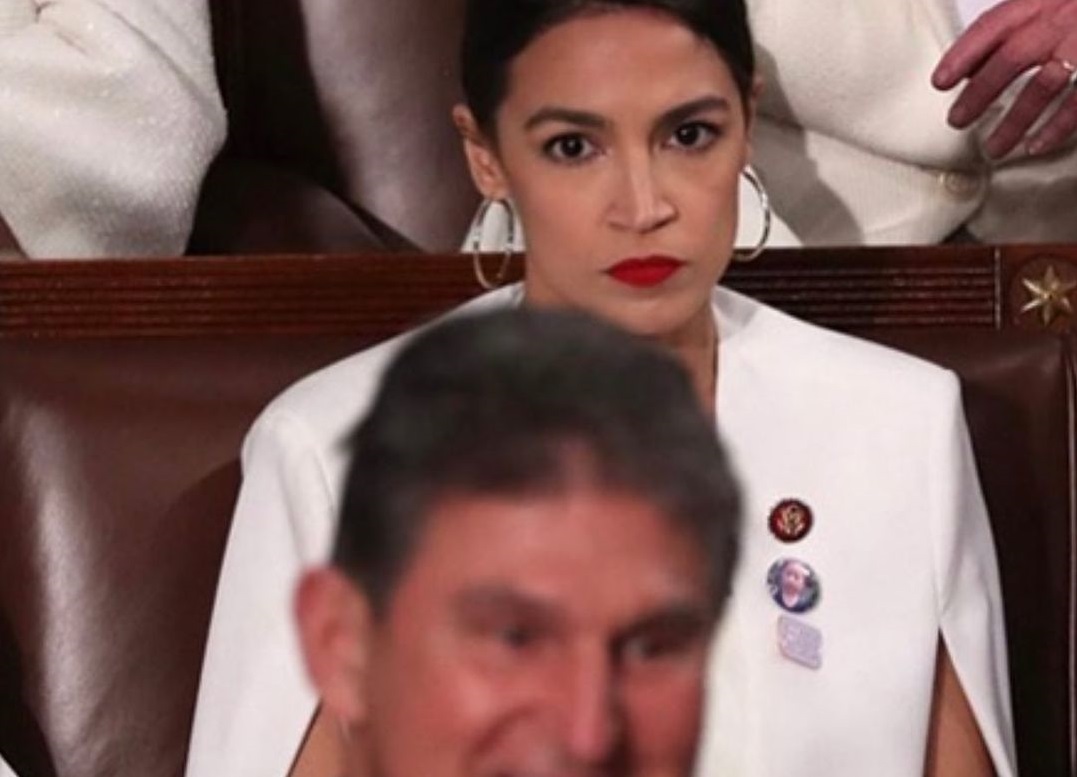 Playbook: “Democrats over-promised — and they could pay politically. As our colleagues Marianne LeVine and Burgess Everett noted Sunday night, this year would seem like an extraordinary success in an alternative universe: Democrats passed a $1 trillion bipartisan infrastructure bill as well as a nearly $2 trillion pandemic relief package.”

“But Democrats oversold their ability to deliver on just about everything else. And now they’ve got to explain to voters why they failed to uphold major campaign promises.”

“This has the potential to depress Democratic voter turnout ahead of an election year that many predict will cost the party its majorities in the House and Senate. It also comes as Biden’s poll numbers are sagging, inflation is soaring and the pandemic is worsening with Omicron.”

“Less than a year ago, Iowa and New Hampshire appeared poised to lose their privileged places on the Democratic Party’s presidential primary calendar,” Politico reports.

“But Democrats, including in the White House, suddenly have more pressing problems. And as party leaders gathered in recent days for year-end meetings here, interest in what was once a red-hot effort to overhaul the order of the early nominating states had all but vanished.”

If Sen. Joe Manchin bolts the Democratic Party, he’d be more likely to switch to independent — and caucus with the Democrats — than become a Republican, Axios reports. But what if he is delusional and ego driven enough to run for President as an Independent?

That could be the motivation behind Manchin’s abrupt announcement to tank President Biden’s Build Back Better bill yesterday.  After all, Manchin only gave the White House a 30-minute heads up before his statement and then refused to take phone call from Biden aides. The White House was clearly blindsided by Manchin and it seemed intentional.

It’s not hard to see an opening for an independent candidate in 2024 if an increasingly unpopular Joe Biden runs for re-election at age 82 against an already unpopular Donald Trump who will be 79.   People close to Manchin are already suggesting he might leave the Democratic party and become an independent, though they say he would still caucus with Senate Democrats.

Manchin has spent the last year raising his national profile while pitching the need for bipartisanship. As a Democrat representing a state that overwhelmingly voted for Trump last year he’s got credibility on the issue.   And Manchin could probably raise a significant amount of money on this message — but he would need to start early.   That could be why he made his break from Biden yesterday.

She becomes the 23rd House Democrat to signal they are not running for reelection in a difficult election cycle.

Right-wing darling Kyle Rittenhouse, who was acquitted on all charges last month after fatally shooting two people at a Black Lives Matter protest, was a special guest who got his own theme song at conservative group Turning Point USA’s conference in Phoenix Monday night.

Steve Bannon threatened on his podcast to take over the U.S. “election apparatus.”

Said Bannon: “I understand that you don’t think that’s democracy ‘cuz the globalists have kind of done the misdirection plays and had everybody look in the other way. No, no, no, no, no. Those days are over.”

He added: “Because this audience has given of themselves before. They’ve been in the military. They’ve been, you know police officers and first responders. They’ve volunteered for their country before. They’ve taken an oath to the Constitution before. And guess what? They are now going to volunteer to go to become a precinct committeeman. They’re going to volunteer to become an election official. They’re going to come and run for county clerk and overthrow these county clerks.”

“Although the panel, created by voter initiative in 2008, does not take partisan balance into account in drawing district lines, the maps it produced all but guarantee that Democrats will retain super majorities in the Legislature and their current lopsided majority in California’s congressional delegation.”

“Florida Democrats are sounding alarms over what they believe is a sustained and coordinated campaign rapidly unfolding across Spanish-language media to tarnish the image of Vice President Kamala Harris,” Politico reports.

“Democratic veterans in the state are unnerved by the ferocity and speed of the attacks, which have come from callers and guests on local radio programs in recent weeks.”

MILWAUKEE MAYOR. The U.S. Senate last week confirmed Milwaukee Mayor Tom Barrett as ambassador to Luxembourg, a move that ensures there will be a 2022 special election to succeed him at home.

Barrett, who is a former Democratic congressman and three-time gubernatorial candidate, has not yet announced when he’ll officially resign from the job he’s held since 2004, but he indicated it would be before Dec. 28. As long as Barrett quits by then, the Milwaukee Common Council (the local equivalent of a city council) would be able to schedule a special nonpartisan primary for Feb. 15. The top-two vote-getters would then compete in an April 5 election for the final two years of Barrett’s term.

Common Council President Cavalier Johnson will become acting mayor once Barrett leaves, which will make him the second African American to serve as mayor of Wisconsin’s largest city; the first was Marvin Pratt, who also took over as acting mayor back in 2004 a few months before losing to Barrett. Johnson announced back in August that he’d campaign in the special election, but a few fellow Democrats also said that they’d run in the months before Barrett was officially confirmed.

The field already includes Milwaukee County Sheriff Earnell Lucas, who decisively won the 2018 race that took place a year after the infamous David Clarke resigned, and Alderwoman Marina Dimitrijevic, whom Wisconsin Public Radio called one of the Common Council’s “more outspoken liberal members.” Lucas, like Johnson, would be the first Black person elected mayor, while Dimitrijevic would be the first woman to lead the city.

The other notable declared candidate is former Alderman Bob Donovan, a conservative who lost to Barrett in a 70-30 landslide in 2016. Others can still get in, though they’d have to decide fast if the nonpartisan primary ends up getting scheduled for February. Whoever ultimately wins could be here for quite some time, as Barrett is only the fourth person to be elected to the post since 1945.

NEW JERSEY ELEVENTH CD. Republican state Sen. Kristin Corrado appears to have definitively ruled out the idea of running for Congress, saying, “I would never want to go there. I’m happy with where I am.”

NEW YORK TWENTY-THIRD CD. Chemung County Executive Chris Moss said Thursday that he would seek re-election in 2022, an announcement that takes him out of contention in the race to succeed his fellow Republican, retiring Rep. Tom Reed, in a state where redistricting is still underway.

PENNSYLVANIA EIGHTEENTH CD. Nonprofit executive Stephanie Fox, who is a former member of the Brentwood Borough Council, announced Wednesday that she was joining the Democratic primary for what will almost certainly remain a safely blue Pittsburgh-based seat once redistricting is complete. Fox will compete for the nomination against state Rep. Summer Lee; attorney Steve Irwin; and law professor Jerry Dickinson, who unsuccessfully challenged retiring Rep. Mike Doyle in the 2020 primary.