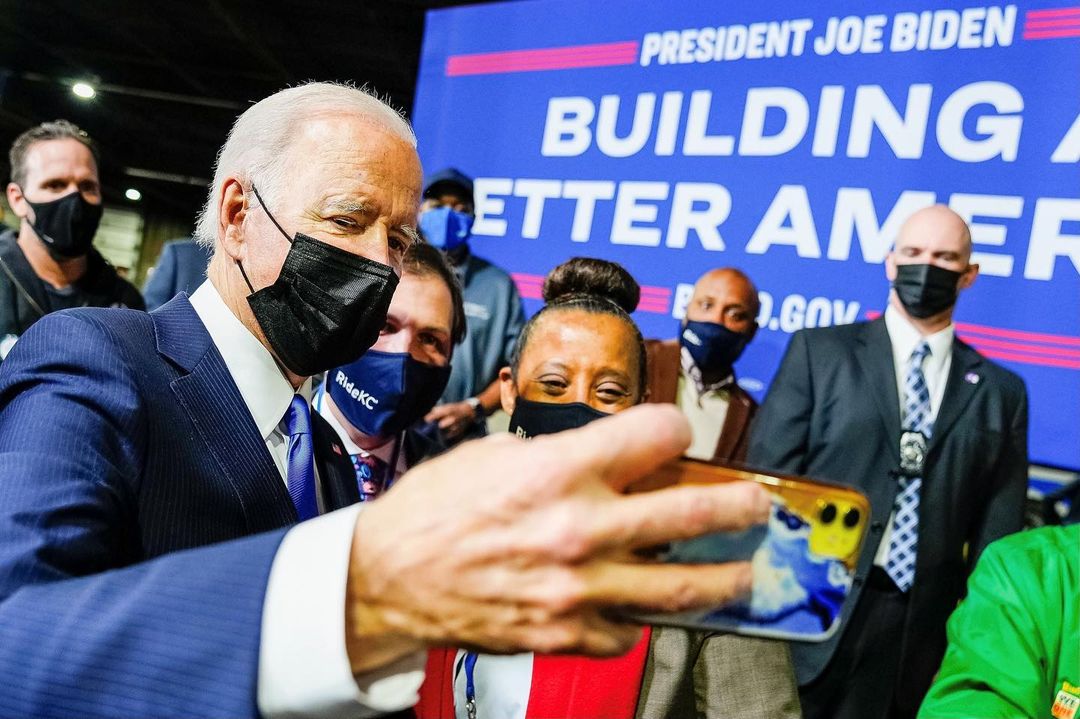 A new Monmouth poll finds 60% of Americans feel worn out by pandemic-related changes they have had to make to their daily lives over the past 20 months.

The poll also finds that 45% of the public feels angry about how Covid has impacted their daily lives.

Republicans (64%) are no more likely than Democrats (63%) to say they feel at least a little worn out by pandemic-related changes to their lives, but they are much more likely to report feeling angry (63% and 34%, respectively).

Well, at least Americans are united on something.

A new Bright Line Watch poll finds just 27% of Republicans accept President Biden as the winner of the 2020 election.

Thomas Edsall: “Political analysts, scholars and close observers of government are explicitly raising the possibility that the polarized American electoral system has come to the point at which a return to traditional democratic norms will be extremely difficult, if not impossible.”

From a Raleigh News & Observer editorial:  “For North Carolina, Meadows is more than a figure in a Washington drama. He is the embodiment of how the state’s turn to extreme gerrymandering has opened the way for reactionary and incompetent candidates to represent the state in Congress. Before Meadows, the 11th District was represented by a conservative Democrat, Heath Shuler, who retired after the district was redrawn to heavily favor Republicans. Now the district is represented by Republican Rep. Madison Cawthorn, who has found a way to be more extreme and embarrassing than Meadows.”

“It has long been clear that Meadows is a Trump sycophant. Now the question is whether his eagerness to please included breaking the law. The Jan. 6 committee needs to take a hard line with the former chief of staff who never drew a line for Trump.”

Doug Sosnik: “With the Democrats in control of the federal government, the midterm elections will be a referendum on their leadership and stewardship.”

“While elections are about the future, views are formed by how people feel about the current direction of the country and their daily lives. In general, these feelings harden by the end of the summer in the runup to voting in the fall. This is increasingly the case as voting now starts long before Election Day in most states. While getting COVID under control is a prerequisite to having life return to normal, the condition of the economy will most likely determine the fate of Democrats in 2022.”

“The three key economic measurements to watch are inflation (the Consumer Price Index), employment and GDP growth. These three metrics most accurately gauge the strength of the economy and impact how voters think about the future. It is important to keep an eye on actions the Federal Reserve takes in response to these economic trends.”

That gives President Biden just about six to eight months to turn things around.

Listen to what Fox News hosts said privately vs. publicly about the January 6 insurrection at the Capitol.

Aaron Rupar: “It took Fox News almost a full day to come up with a way to spin revelations that prominent anchors texted Mark Meadows on January 6 and pleaded with him to persuade then-President Trump to do something about the attack on the Capitol — only to go on the air that day and try and shift blame to anyone but Trump.”

MyPillow CEO Mike Lindell told CNBC he has spent $25 million of his own money pushing the false claim that the election was stolen from Donald Trump and he plans to keep spending through the 2022 midterm elections.

An Associated Press review “of every potential case of voter fraud in the six battleground states disputed by former President Donald Trump has found fewer than 475 — a number that would have made no difference in the 2020 presidential election.”

“Joe Biden won Arizona, Georgia, Michigan, Nevada, Pennsylvania and Wisconsin and their 79 Electoral College votes by a combined 311,257 votes out of 25.5 million ballots cast for president. The disputed ballots represent just 0.15% of his victory margin in those states.”

Tulare County Sheriff Mike Boudreaux tells GV Wire that he’s considering running for this soon-to-be open seat, though the Republican doesn’t sound enthusiastic about the idea. “My love is for the sheriff’s office and who I serve,” said Boudreaux. A fellow Republican, state Sen. Shannon Grove, also said she wouldn’t enter the race.

“Incumbents have less of an advantage than they once did, but this is still a negative development for Democrats hoping to limit their House losses to the low single-digits next November.”

“The 39-year-old state senator from Charlotte is the second candidate in recent weeks to make that decision, which leaves former N.C. Supreme Court Justice Cheri Beasley as the biggest-name candidate for the Democratic nomination.”

MASSACHUSETTS GOVERNOR. The Dorchester Reporter relayed earlier this month that outgoing Boston City Councilor Annissa Essaibi George, who badly lost the November race for mayor, is considering seeking the Democratic nomination for governor, and Essaibi George did not rule out the idea when the paper followed up with her this week. “You’ve got to keep the doors of opportunity open,” she said when asked, though she also didn’t shoot down a second bid for mayor. “​​I haven’t spent a ton of time thinking about next steps,” added Essaibi George.

On the Republicans side, unnamed sources tell the conservative NewBostonPost that Taunton Mayor Shaunna O’Connell has decided not to run, though she has yet to say anything publicly.

MARYLAND GOVERNOR. Former Gov. Parris Glendening, a Democrat who left office in 2003, has endorsed author Wes Moore in next year’s primary. Glendening is Maryland’s only living former Democratic governor other than Martin O’Malley, who has not taken sides.

The Democratic pollster ALG Research, though, quickly showed the Nevada Independent’s John Ralston more recent numbers from the first week of December that showed Sisolak narrowly beating both these Republicans. This survey, which was done for an unidentified client, gave the governor a 47-45 edge against Lombardo and a comparable 47-44 lead over Heller.

The only other poll we’ve seen of the general election from a reliable source was a late September survey from the Mellman Group for the Independent (the firm normally does work for Democratic campaigns but has been employed by the nonpartisan site for years). Those numbers found Sisolak edging out Lombardo and Heller 45-44 and 46-43, which is very similar to what ALG shows now.

ALABAMA U.S. SENATOR. While most of the focus in the May Republican primary has been on Rep. Mo Brooks and former Business Council of Alabama head Katie Boyd Britt, the GOP firm Medium Buying reports that the top spender by far has been Army veteran Mike Durant.

Medium says that Durant is dropping at least $1.2 million on TV and radio from Oct. 20 through Jan. 11, while Britt’s allies at the Alabama Conservatives Fund are in second with $648,000 spent so far. Durant’s latest commercial features him railing on Joe Biden’s vaccine mandate before the candidate adds, without any deliberate irony, “No scare tactics on the China virus.”

PENNSYLVANIA U.S. SENATOR. The GOP tracking firm Medium Buying says that TV doctor Mehmet Oz has already spent or reserved $3.56 million worth of ads far ahead of the May Republican primary, which is well over the $1.34 million that former Ambassador to Denmark Carla Sands has deployed.

GEORGIA SEVENTH CD. Gwinnett County Board of Education member Everton Blair on Tuesday ended speculation that he could enter the Democratic primary by endorsing Rep. Lucy McBath, who represents the current 6th District but is seeking re-election in the 7th.

GEORGIA TENTH CD. State Rep. Timothy Barr has earned an endorsement from 9th District Rep. Andrew Clyde, a far-right freshman whose home was drawn into the revamped 10th District. Clyde is seeking re-election in the 9th, however, while the 10th is open because Republican Rep. Jody Hice is running for secretary of state.

ILLINOIS THIRTEENTH CD. Former Biden administration official Nikki Budzinski has earned the backing of the state SEIU in this open seat, an endorsement that came days after she picked up endorsements from the Illinois Federation of Teachers and the state AFL-CIO as she seeks the Democratic nomination.