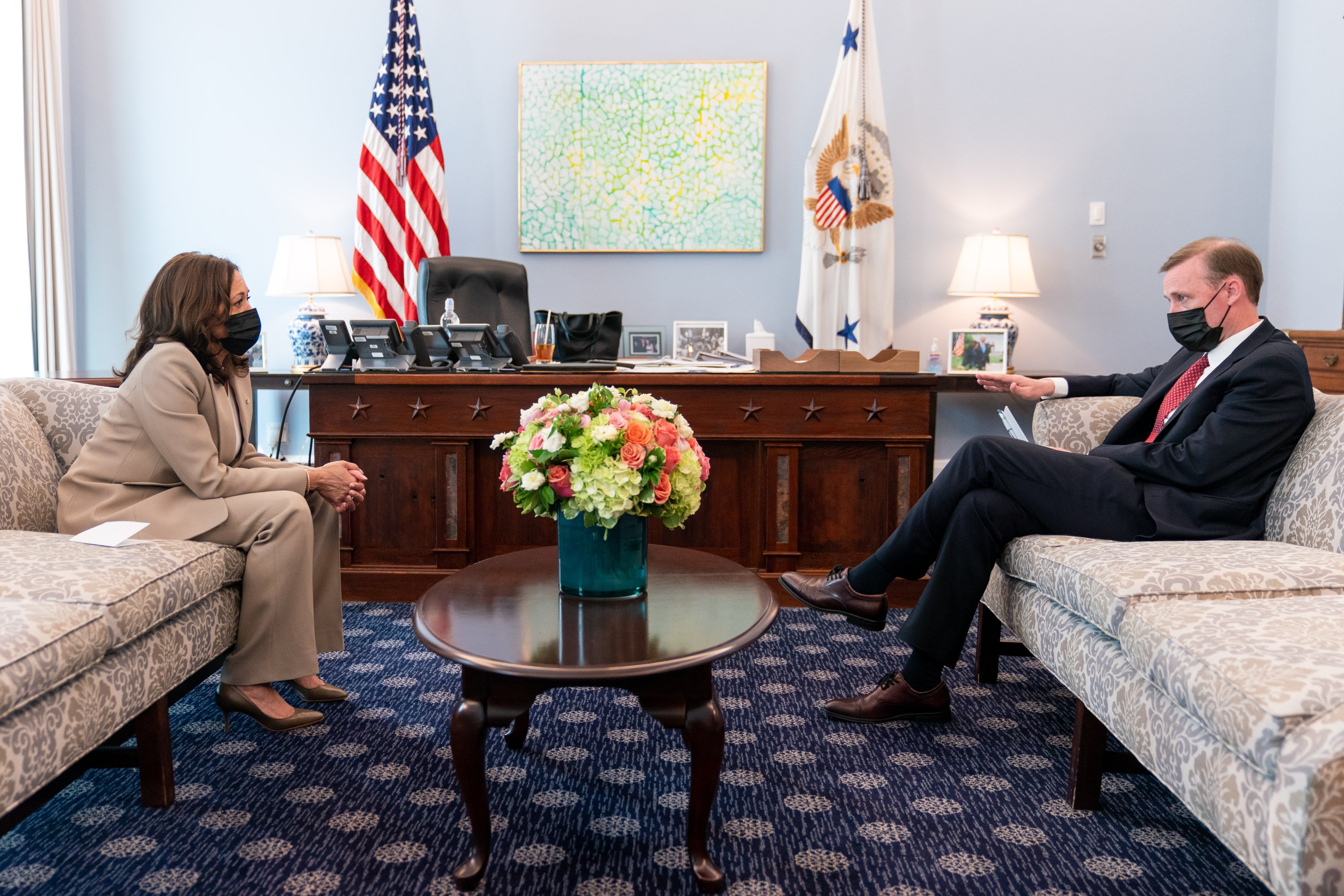 “One of former president Donald Trump’s major evangelical backers on Monday condemned recently reported attacks by Trump on former Israeli prime minister Benjamin Netanyahu and warned that he risked alienating his Christian base by distancing himself from the Israeli leader,” the Washington Post reports.

Said Mike Evans, in a letter to Trump: “Please, I beg of you, don‘t put us in the position to choose between you and Bible land. There is no possibility you can win again if Bible-believing evangelicals see you as the ‘F–k Netanyahu’ president who considers Abbas a father-like figure and blames the State of Israel, and not the Palestinians, for not making peace.”

GEORGIA U.S. SENATOR. Georgia Senate candidate Herschel Walker (R) told Axios that he’s “accountable” for past violent behavior toward his ex-wife and people shouldn’t feel “ashamed” about confronting mental health issues.  Walker said he’s “better now than 99% of the people in America… Just like I broke my leg; I put the cast on. It healed.”

“The survey, released Monday by GOP pollster Fabrizio, Lee & Associates, pegged Perdue at 47% and Kemp at 44% — within the margin of error of 3 percentage points.”

PENNSYLVANIA GOVERNOR. The already-packed May Republican primary got even more unwieldy on Saturday when state Sen. Scott Martin announced his own campaign to succeed termed-out Democratic Gov. Tom Wolf.

Martin, who represents a seat in Lancaster County, currently serves as chair of the Education Committee, and the Associated Press’ Marc Levy writes that he’s used that post to “make it easier to open charter schools and accelerate state taxpayer subsidies for private and parochial schools by hundreds of millions of dollars in the coming years.” Martin, though, used his kickoff to instead emphasize his previous career as a county commissioner and his time as a high school and college athlete.

The new contender has never run statewide, though Martin’s base in Lancaster County, a large and very red community located just west of the Philadelphia area, could be an asset in a crowded primary that still hasn’t fully taken shape. In addition to Martin, the following candidates are running in a nomination fight that currently has no obvious frontrunner:

And the field could still get larger. State Sen. Doug Mastriano, who has been one of the loudest proponents of the Big Lie in the state, formed an exploratory committee last month, and plenty of state politicos are acting like it’s only a matter of time before he declares. Multiple media organizations also reported just before Thanksgiving that former state House Speaker Mike Turzai has decided to run, but he hasn’t made his move in the ensuing weeks.

On the Democratic side, by contrast, Attorney General Josh Shapiro has no serious intra-party opposition in sight.

“Democratic Senate candidates across the board are campaigning on a message to reform the filibuster as they seek to increase their party’s majority next year,” Axios reports.  “Candidates have traditionally run by telling voters what policies they’ll enact in office. Now, they’re highlighting the tool they want to use to pass such things as voting rights legislation, a minimum wage increase and abortion access safeguards.”

“Both parties are ramping up fundraising for secretary of state races, which in just a couple of years have gone from obscure down-ballot contests to high-profile races that could reshape American democracy,” Axios reports.

ALABAMA U.S. SENATOR. Alabama Patriots, a new super PAC set up to aid Army veteran Mike Durant in the Republican primary, is spending at least $378,000 on an opening ad buy touting Durant’s service in the 1993 “Black Hawk Down” incident in Somalia.

MARYLAND GOVERNOR. Former DNC chair Tom Perez unveiled an endorsement Monday from Speaker Nancy Pelosi, who is the daughter and sister of a pair of former Baltimore mayors.

IDAHO GOVERNOR. The Idaho Capital Sun’s Kelcie Moseley-Morris has rounded up all the Republican candidates’ fundraising totals as of Dec. 9, though none of the contenders’ cash-on-hand is available. Gov. Brad Little hauled in $927,000, which puts him well ahead of all of his opponents in the May primary. Lt. Gov. Janice McGeachin, who picked up Donald Trump’s endorsement last month, was well behind with $110,000 raised, with an additional $15,000 coming from transfers from her previous campaign and self-funding.

A little surprisingly, McGeachin was also outraised by Ed Humphreys, a financial adviser and party activist we hadn’t previously mentioned, who took in $171,000 and self-funded another $10,000. Bonner County Commissioner Steven Bradshaw raised about $20,000, while anti-government militant Ammon Bundy took in just $10,000.

It’s incredibly hard to envision Coram, who recently said that he “feel[s] bad for the 80% in the middle because the 10% on the far left and far right get all the attention,” convincing enough GOP voters to fire a far-right congresswoman who has no trouble getting attention. Coram, though, doesn’t have a seat to run in following the passage of Colorado’s new legislative maps, so he may just decide he has nothing to lose.

TEXAS THIRTY-FIFTH CD. Former San Antonio Councilwoman Rebecca Viagrán announced over the weekend that she was joining the Democratic primary for the open 35th District, which remains a preposterous gerrymander that links the Austin area with San Antonio by means of a pencil-thin corridor along Interstate 35. Viagrán left the City Council in June due to term limits and was succeeded by her sister.

TEXAS FIFTEENTH CD. Businesswoman Michelle Vallejo, a Democrat who co-owns the prominent Pulga los Portales flea market, announced Monday that she would run as a progressive for this open 51-48 Trump seat, a move that came on the final day of candidate filing. Hours later, Hidalgo County Health Authority Ivan Melendez said that he wouldn’t seek the Democratic nomination even though he had filed FEC paperwork earlier in the month.

NEW YORK THIRD CD. Nassau County Legislator Josh Lafazan announced Monday that he would run to succeed Rep. Tom Suozzi, a fellow Democrat who is leaving to run for governor, in a state where redistricting is far from finished.

Lafazan was elected to his current post in 2017 at the age of 23, which made him the youngest person to ever serve on the body, and he won a tight race last month to hold his seat. Lafazan spent his career as a registered independent who caucused with Team Blue, but he registered as a Democrat earlier this month. The new candidate pitched himself as a bipartisan figure, arguing, “I am running to represent all people to fulfill what was lacking on the school board and in the Legislature — I want to be the unifier.”

Lafazan joins progressive activist Melanie D’Arrigo, who unsuccessfully challenged Suozzi for renomination in 2020, in the primary, and a few other Democrats are also expressing interest in getting in. Former North Hempstead Town Supervisor Jon Kaiman, who took third in the 2016 primary, told Newsday last week, “I’m looking at my options for putting a run together over the next few weeks.” DNC member Robert Zimmerman also said he was considering.

NEW MEXICO SECOND and THIRD CDs. With New Mexico’s traditionally conservative 2nd District about to get considerably bluer thanks to redistricting, ambitious Democrats will be eager to challenge freshman Republican Rep. Yvette Herrell. One had in fact kicked off a bid long before passage of the state’s new congressional map (see our NM Redistricting item above): Las Cruces City Councilor Gabe Vasquez, who also recently announced an endorsement by freshman Rep. Teresa Leger Fernandez; previously, Vasquez had earned the backing of Sen. Martin Heinrich.

But others could join. Local reporter Joe Monahan mentions Albuquerque City Councilor Klarissa Peña, whose turf was just drawn into the 2nd. Monahan suggests her “moderate” profile might be a good fit for the district (which would have backed Joe Biden 52-46), but those kinds of “electability” arguments often don’t go far with primary voters.

Meanwhile, just as the 2nd is poised to become bluer, the 3rd is set to get redder. At 54-44 Biden, it’s not the most welcoming turf for Republicans, but the introduction of a large slice of New Mexico’s oil-producing region called “Little Texas” might entice Republicans—or possibly even more conservative Democrats—to take a swing at unseating Leger Fernandez, a vocal environmental advocate. One possibility, says Monahan, could be oil executive Claire Chase, who lost to Herrell 45-32 in last year’s GOP primary in the 2nd but could run in the revised 3rd.