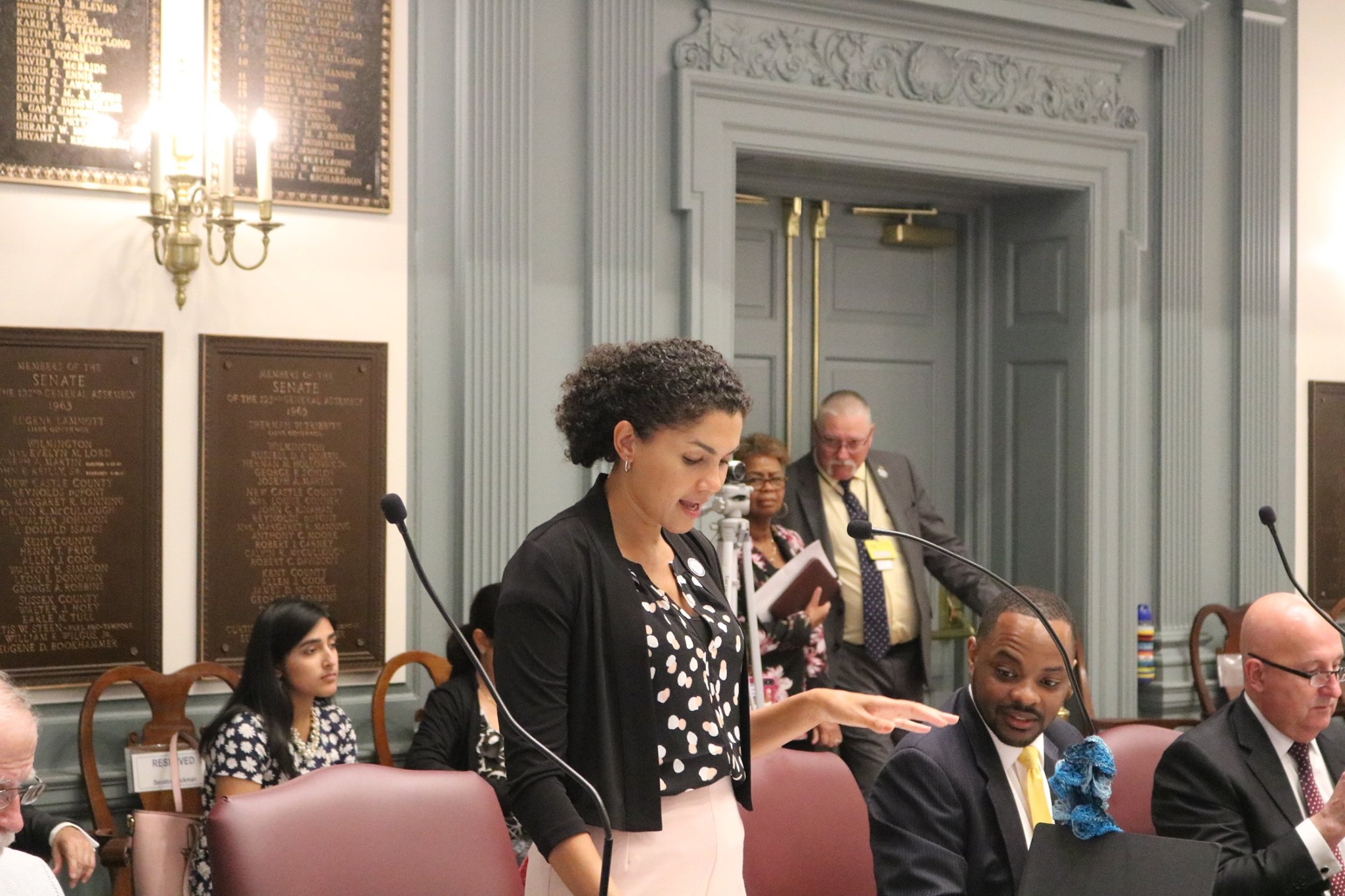 Last week, during a public Zoom meeting on Senate Bill 149, a bill that would reform the Law Enforcement Officer’s Bill of Rights by providing the public access to police misconduct records and limiting the confidentiality of those records, one or more racist pieces of shit launched a racist attack meant to disrupt and derail the meeting and any progress towards reform.

The disruption began at 4:01 p.m. when someone twice messaged Sen. Lockman and other panelists with racist slurs. That person was immediately ejected from the virtual meeting.

Minutes later, a person who had virtually raised their hand to provide public comment, used racial slurs. That person also was immediately ejected. The meeting continued so members of the public could continue to make their voices heard. After several others spoke, another person providing public comment used racial slurs and was ejected.

“I am deeply dismayed, but not at all surprised, by this latest reminder that we live in a state and a nation where racist agitators will attack people of color working to make a change in their communities,” said Sen. Elizabeth “Tizzy” Lockman, D-Lockman.

“Over the last two months, a diverse group of justice advocates, law enforcement officers and everyday Delawareans from across our state have dedicated their time and energy to build a better Delaware for all. We have disagreed and debated, but we have remained respectful. This act of hatred will not stand in the way of our progress, and I look forward to continuing our discussion on accountability and transparency heading into the legislative session resumes in January.”

“During today’s listening session, a member of the public made multiple and deliberate offensive racist comments,” Delaware FOP President Jamie Leonard and Chief Patrick Ogden, chairman of the Delaware Police Chiefs Council, said in a joint statement. “These types of disgusting, bigoted words are callous, mean-spirited and offensive. We can assure you that the words spoken today do not reflect the beliefs or ideals of the Delaware law enforcement community. We stand together to condemn both the coward who made these comments and the mindset in which he represents. We maintain our commitment to increasing the trust between the citizens of Delaware, the communities in which we serve, and Delaware’s law enforcement. The comments today will not derail our discussions to achieve this goal.”

“The Office of Defense Services unequivocally condemns the vile and racist attack on this afternoon’s stakeholder discussion,” said Jon Offredo, spokesman for ODS. “We appreciate Sen. Lockman’s continued efforts to foster meaningful discussions about police transparency in Delaware, and this critical work will not be deterred by disgusting acts of hate.”

“It’s painful and shameful that a forum meant to explore the desperate need for police reform was marred by racist epithets,” said Javonne Rich, policy and advocacy director for the ACLU. “Despite the speakers’ intentions to detract from this important dialogue, Delawareans have convened in listening sessions for months to push elected officials for police reform. Racist attacks will not impede advocates from addressing these critical issues.”