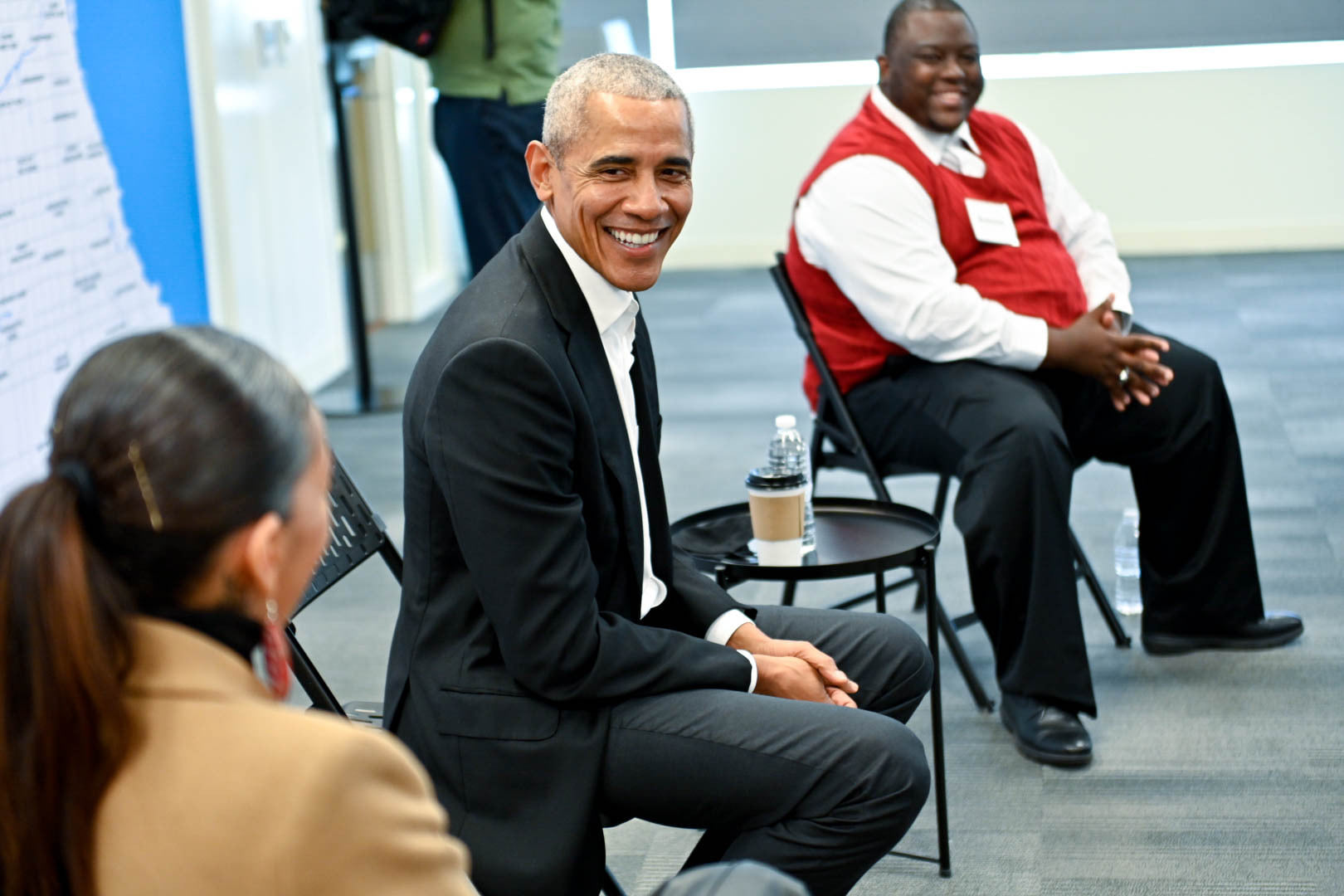 A new CNBC poll finds Republicans with a 10-point edge over Democrats on the generic congressional ballot, 44% to 34%, up from a 2-point advantage in October.

In the past 20 years, CNBC and NBC surveys have never registered a double-digit Republican advantage on congressional preference, with the largest lead ever being 4 points for the GOP.

Said pollster Jay Campbell: “If the election were tomorrow, it would be an absolute unmitigated disaster for the Democrats.”

“First came passage of one of the nation’s most restrictive voting bills. Then came efforts to overhaul the number of elected offices in one of Georgia’s largest counties,” Politico reports.

“Now, with the pending passage of a new congressional map, Republicans have taken another step toward dismantling the Atlanta-area engine that turned Georgia blue, powering President Joe Biden to victory in 2020 and flipping control of the Senate to Democrats.”

“Just as Georgia has emerged as a pivotal swing state, the GOP-controlled legislature has gone to extraordinary lengths to overhaul election administration, rewrite election rules and redraw political lines in the fast-growing metro region that is currently reshaping state politics.”

“A leading Georgia legislator has introduced a bill that would eliminate absentee ballot drop boxes, a favored and highly-used tool last November that allowed voters to safely cast ballots during the coronavirus pandemic,” Reuters reports.

“In Florida, for the first time in modern history, registered Republican voters outnumber Democrats. Republican Gov. Ron DeSantis is heading into a reelection campaign buoyed by a national profile and a cash reserve unmatched by any Democratic challenger,” the AP reports.

“And Republicans control virtually all of state government.”

“The Republican Party in the second-largest county in the Texas Panhandle is planning to conduct its own election during the state primary in March, breaking away from a nonpartisan county election board in a highly unusual move,” the New York Times reports.

“Under Texas law, county parties are allowed to run their own primary elections, but the vast majority have contracted with local boards of election for decades. The decision, which was reported by Votebeat, an election news website, comes as Republicans nationally have continued to push baseless claims of fraud in the 2020 election and sow doubts about the reliability of election machinery.”

“Donald Trump and his associates are systematically reshaping the Republican Party, working to install hand-picked loyalists across federal and state governments and destroy those he feels have been disloyal,” Axios reports.  “If most or all of Trump’s candidates win, he will go into the 2024 election cycle with far more people willing to do his bidding who run the elections in key states.”

New York Times: “Mr. Lindemuth’s victory in November in this conservative rural community is a milestone of sorts in American politics: the arrival of the first class of political activists who, galvanized by Donald Trump’s false claim of a stolen election in 2020, have begun seeking offices supervising the election systems that they believe robbed Mr. Trump of a second term. According to a May Reuters/Ipsos poll, more than 60 percent of Republicans now believe the 2020 election was stolen.”

“This belief has informed a wave of mobilization at both grass-roots and elite levels in the party with an eye to future elections. In races for state and county-level offices with direct oversight of elections, Republican candidates coming out of the Stop the Steal movement are running competitive campaigns, in which they enjoy a first-mover advantage in electoral contests that few partisans from either party thought much about before last November.”

Daily Beast: Meet the election vigilantes heading for your doorstep.

“Donald Trump’s wait-and-see approach to the 2024 election has frozen the next Republican presidential primary before it’s even begun,” CNN reports.  “As each rumored 2024 candidate navigates the uncertainty of another Trump bid — deciding if they should publicly acknowledge their presidential ambitions or keep their head down until he makes a decision — their potential opponents are paying close attention to the degree of loyalty they show the former President.”

GEORGIA GOVERNOR. Former Sen. David Perdue (R) “is furthering his embrace of debunked claims that Georgia’s 2020 presidential election was wrongly decided by joining a lawsuit claiming that fraudulent or counterfeit ballots were counted in the state’s most populous county in the 2020 general election,” NBC News reports.

KANSAS ELECTIONS WERE OK. Sen. Roger Marshall (R-KS) baselessly cast doubt on the integrity of the 2020 election, though he insisted that his own win in Kansas was earned “fair and square,” the HuffPost reports.

But he wouldn’t say if Joe Biden was elected fairly: “You know, Joe Biden was sworn into office. I called him Mr. President since the day he was … sworn in. I still remain concerned about election integrity.

CALIFORNIA GOVERNOR. “After a Republican-led effort to recall him plummeted to defeat in September, Gov. Gavin Newsom’s prospects of gliding into a second term in 2022 appear as golden as the $23 million he has socked away for his reelection campaign,” the Los Angeles Times reports.

“Newsom is all but alone on the public stage with just six months to go before the June statewide primary, a testament to his dominating win in September and perhaps reflective of a postelection hangover among those who tried to oust him. Though a few of the Republicans who tried unsuccessfully to unseat Newsom in the recall said they would consider challenging the governor’s reelection, those opposition campaigns remain dormant for now.”

“At this point in the last race for California governor, the field of candidates was wide and two debates had been staged.”

“A few weeks ago, Rep. Dan Crenshaw (R-TX) falsely claimed that the centerpiece of President Biden’s domestic agenda, a $1.75 trillion bill to battle climate change and extend the nation’s social safety net, would include Medicare for all,” the New York Times reports.

“It doesn’t, and never has. But few noticed Mr. Crenshaw’s lie because he didn’t say it on Facebook, or on Fox News. Instead, he sent the false message directly to the inboxes of his constituents and supporters in a fund-raising email.”

“Lawmakers’ statements on social media and cable news are now routinely fact-checked and scrutinized. But email — one of the most powerful communication tools available to politicians, reaching up to hundreds of thousands of people — teems with unfounded claims and largely escapes notice.”

MASSACHUSETTS GOVERNOR. While Salem Mayor Kim Driscoll was mentioned as a potential Democratic candidate for governor following Republican incumbent Charlie Baker’s retirement, Politico reports that the post she’s interested in campaigning for is lieutenant governor. In Massachusetts, candidates for governor and lieutenant governor are nominated in separate primaries before competing as a ticket in the general election.

NORTH CAROLINA U.S. SENATOR / SEVENTH CD. Former Rep. Mark Walker said Thursday that he would continue his uphill bid for the Republican Senate nomination through the rest of the year as he considers whether to switch to the open 7th Congressional District. Walker made this declaration one day after the state Supreme Court temporarily stayed candidate filing for all races and moved the primary from March to May due to a pair of lawsuits challenging the state’s new congressional and legislative maps that are currently pending.