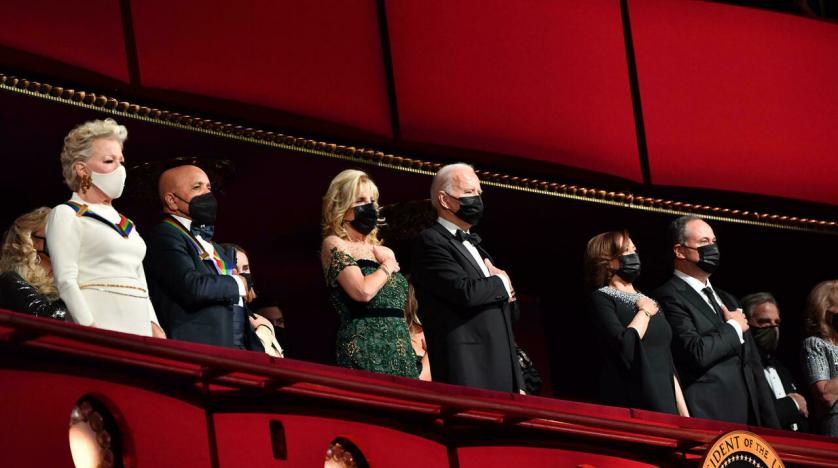 GEORGIA GOVERNOR. “Former U.S. Sen. David Perdue plans to challenge Georgia Gov. Brian Kemp in the Republican primary next year, according to multiple people with knowledge of his decision, setting up a divisive contest between two of the state’s leading GOP figures ahead of a likely general election matchup with Stacey Abrams,” the Atlanta Journal Constitution reports.

“Perdue’s decision is expected to be delivered Monday and comes days after Abrams, an icon to many Democrats, announced she would run for governor for a second time. Perdue has told allies he was motivated to join the race because he fears Kemp can’t defeat the Democrat again.”

Associated Press: “The Georgia voters who might change their minds are mostly college-educated suburbanites. But Democrats argue most Georgia voters are fixed in their partisan preferences, and the key is getting your side to vote. Abrams and her supporters argue that outreach and a focus on issues will be more important than national headwinds.”

Said Abrams: “What I saw in 2020 and 2021 is that when people are reached out to, when we talk to them and we meet them where they are, they will vote and they will turn out.”

“Donald Trump brokered a deal this weekend to clear the North Carolina GOP Senate field for Rep. Ted Budd, the candidate he endorsed in June but who has failed to emerge so far as the clear frontrunner,” Politico reports.

“During a meeting at Mar-a-Lago on Saturday, Trump pledged to endorse former GOP Rep. Mark Walker, who is currently in third place in the Senate primary, if Walker leaves the race and runs again for the House instead.”

Politico: “Interviews with more than a dozen Democratic strategists, pollsters and officials reveal skepticism that the court’s decision will dramatically alter the midterm landscape unless — and perhaps not even then — Roe is completely overturned. Privately, several Democratic strategists have suggested the usefulness of any decision on abortion next year will be limited, and some may advise their clients not to focus on abortion rights at all.”

“A spokesperson for Gideon said she was not available for an interview Wednesday. The former speaker of the Maine House of Representatives has kept a low-profile since the election loss in 2020 and had not spoken publicly about her plans for about $10 million in remaining campaign donations.”

New York City Mayor Bill de Blasio (D) continues to sidestep questions about running for governor next year, insisting only that he remains committed to some sort of “public service,” the Buffalo News reports.

“Members of the select congressional committee investigating the Jan. 6 attack at the Capitol are pressing to overhaul the complex and little-known law that former President Donald Trump and his allies tried to use to overturn the 2020 election, arguing that the ambiguity of the statute puts democracy itself at risk,” the New York Times reports.

“The push to rewrite the Electoral Count Act of 1887 — enacted more than a century ago in the wake of another bitterly disputed presidential election — has taken on new urgency in recent weeks as more details have emerged about the extent of Mr. Trump’s plot to exploit its provisions to cling to power.”

“Donald Trump’s social media start-up has raised $1bn from unidentified investors as the company presses ahead with plans to go public via a Spac merger,” the Financial Times reports.

“Gov. Charlie Baker kept Republicans relevant in deep-blue Massachusetts. Now his exit has the GOP at each others’ throats,” Politico reports.

“Baker announced this week that he wouldn’t seek a third term. But with no heir apparent — giving Democrats their clearest shot at the corner office in a decade — his fellow moderate Republicans are scrambling to find someone to battle a Donald Trump-backed conservative in the 2022 primary.”

Said former state GOP chair Jennifer Nassour: “It’s a battle for the soul of the party.”

“A new wave of Republican legislation to reshape the nation’s electoral system is coming in 2022, as the G.O.P. puts forward proposals ranging from a requirement that ballots be hand-counted in New Hampshire to the creation of a law enforcement unit in Florida to investigate allegations of voting fraud,” the New York Times reports.

“The Republican drive, motivated in part by a widespread denial of former President Donald Trump’s defeat last year, includes both voting restrictions and measures that could sow public confusion or undermine confidence in fair elections, and will significantly raise the stakes of the 2022 midterms.”

“After passing 33 laws of voting limits in 19 states this year, Republicans in at least five states — Florida, Tennessee, South Carolina, Oklahoma and New Hampshire — have filed bills before the next legislative sessions have even started that seek to restrict voting in some way, including by limiting mail voting. In over 20 states, more than 245 similar bills put forward this year could be carried into 2022.”

Pope Francis appealed for a return to “good politics”, saying democracy has deteriorated dangerously as discontented people are lured by the “siren songs” of populist politicians who promise easy but unrealistic solutions, Reuters reports.

“A three-judge panel overseeing a recount in a close Virginia Beach state House race upheld the Republican candidate’s victory on Friday, a decision that also reaffirms the GOP’s takeover of the chamber and completes the party’s sweep of last month’s elections,” the AP reports.

Washington Post: “Artificial intelligence can now measure the negativity with precision. At my request, Forge.ai, a data analytics unit of the information company FiscalNote, combed through more than 200,000 articles — tens of millions of words — from 65 news websites (newspapers, network and cable news, political publications, news wires and more) to do a “sentiment analysis” of coverage. Using algorithms that give weight to certain adjectives based on their placement in the story, it rated the coverage Biden received in the first 11 months of 2021 and the coverage President Donald Trump got in the first 11 months of 2020.”

“After a honeymoon of slightly positive coverage in the first three months of the year, Biden’s press for the past four months has been as bad as — and for a time worse than — the coverage Trump received for the same four months of 2020.”

Daily Beast: “According to two sources with knowledge of the matter, and another person close to Trump, the ex-president has spent an inordinate amount of the past few days privately railing against Meadows, the revelation in the memoir, and, of course, the extensive media coverage of the matter.”

“The source close to the ex-president said that, at one point in the past few days, Trump bemoaned that Meadows had been so—in Trump’s succinct phrasing—‘fucking stupid’ with his book.”

Associated Press: “The path to power for Republicans in Congress is now rooted in the capacity to generate outrage. The alarming language, and the fundraising haul it increasingly produces, is another example of how Donald Trump, the former president, has left his mark on politics, changing the way Republicans rise to influence and authority.”

“Success in Congress, once measured by bills passed and constituents reached, is now gauged in many ways by the ability to attract attention, even if it is negative as the GOP looks to reclaim a House majority next year by firing up Trump’s most ardent supporters.”

“That has helped elevate a group of far-right lawmakers — including Reps. Lauren Boebert of Colorado, Marjorie Taylor Greene of Georgia and Paul Gosar of Arizona — whose inflammatory comments once would have made them pariahs.”

Politico: “Most Democrats are worried that Biden’s flagging polling numbers — with an approval hovering in the low 40s — will lead to a thrashing at the ballot box. With historical headwinds and a GOP-dominated redistricting process already working against them, they fear that unless Biden pulls out of his current slide, Congress will be handed to the Republicans in next year’s midterms.”

“Even the party’s own polling has the president in the red. A poll from House Democrats’ campaign arm earlier this month showed the president down in battleground districts across the country, with 52 percent of voters disapproving of the job he’s doing, according to three party members briefed on the data.”

“Vulnerable House Democrats are convinced they need to talk less about the man who helped them get elected: President Trump,” Axios reports.

“Democrats are privately concerned nationalizing the 2022 mid-terms with emotionally-charged issues — from Critical Race Theory to Donald Trump’s role in the Jan. 6 insurrection — will hamstring their ability to sell the local benefits of President Biden’s Build Back Better agenda.”

“The push by centrist lawmakers, especially from the suburbs, to keep the conversation away from Trump is frequently derailed by the party’s loudest voices — and their insistence to talk about him at every turn.”