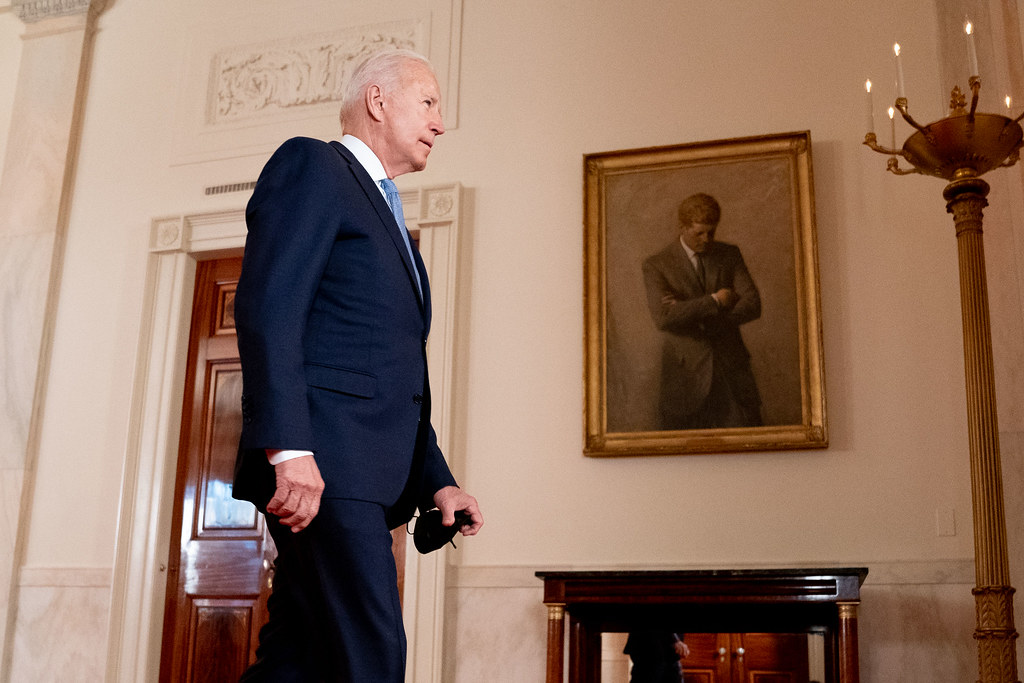 “Bob Dole, the plain-spoken son of the prairie who overcame Dust Bowl deprivation in Kansas and grievous battle wounds in Italy to become the Senate majority leader and the last of the World War II generation to win his party’s nomination for president, died on Sunday. He was 98,” the New York Times reports.

“Presidents Joe Biden and Vladimir Putin will speak in a video call Tuesday, the White House and Kremlin said, as tensions between the United States and Russia escalate over a Russian troop buildup on the Ukrainian border that’s seen as a sign of a potential invasion,” the AP reports.

“The Kremlin said that President Putin will seek binding guarantees against Ukraine joining Nato during a phone call with President Biden next week, as the Ukrainian defence minister warned that Russia could invade next month,” the Times of London reports.

“As tensions mount between Washington and Moscow over a potential Russian invasion of Ukraine, U.S. intelligence has found the Kremlin is planning a multi-front offensive as soon as early next year involving up to 175,000 troops,” the Washington Post reports.

“The Kremlin has been moving troops toward the border with Ukraine while demanding Washington guarantee that Ukraine will not join NATO and that the alliance will refrain from certain military activities in and around Ukrainian territory. The crisis has provoked fears of a renewed war on European soil and comes ahead of a planned virtual meeting next week between President Biden and Russian President Vladimir Putin.”

New York Times: “Mr. Biden’s nominees are extraordinarily diverse in both legal background and ethnicity. The White House and liberal interest groups have been promoting public defenders and civil rights lawyers in addition to the more traditional choices of prosecutors and corporate lawyers. According to the White House, 47 of the 64 nominees are women and 41 of them identify as people of color, allowing the administration to record many firsts across the judiciary.”

Former President Donald Trump blasted out a statement that appeared to unintentionally refute his claim that the 2020 election was stolen from him: “Anybody that doesn’t think there wasn’t massive Election Fraud in the 2020 Presidential Election is either very stupid, or very corrupt!”

Rep. Thomas Massie (R-KY) shared a photo of himself and his family grinning widely as they all wield rifles — an image he captioned with, “Santa, please bring more ammo,” just days after the latest deadly school shooting, the Daily Beast reports.

“Many vaccination clinics and local officials are reporting long lines and delays in booking vaccination appointments recently, the product of expanded eligibility on booster shots and fears of the Omicron variant,” the New York Times reports.

“The stresses on the U.S. vaccination program are also worsened by the broader labor shortage that is affecting many sectors, including health care.”

“U.S. trade with Taiwan is booming, as the self-governing island cashes in on surging demand for its computer chips and lures factories back from China, where many exports to the U.S. including electronics are subject to 25% tariffs,” the Wall Street Journal reports.

Washington Post: “But the quartet of soon-to-be-empty desks reignited questions about why Harris churns through top-level Democratic staff, an issue that has colored her nearly 18 years in public service, including her historic but uneven first year as vice president. Now, those questions about her management extend to whether it will hamper her ability to seek and manage the presidency.”

“Staffers who worked for Harris before she was vice president said one consistent problem was that Harris would refuse to wade into briefing materials prepared by staff members, then berate employees when she appeared unprepared.”

Associated Press: “As Donald Trump’s lawyers try to block the White House from releasing records to the congressional committee investigating the Jan. 6 Capitol insurrection, the former president faces a flurry of other investigations that could come to a head in the coming weeks and the new year.”

“That includes two major state criminal investigations — one in New York and one in Georgia — and lawsuits concerning sexual assault allegations, a fight over an inheritance and questions of whether he should be held personally liable for inciting the insurrection.”

“I have had a conversation with the speaker, and I’m very confident that she will take decisive action next week. As you know, when I first got to Congress, I was worried that I wasn’t going to be allowed to be sworn in because there was a ban on the hijab. She promised me that she would take care of it. She fulfilled that promise. She’s made another promise to me that she will take care of this. And I believe her.”

“A group of lawyers aligned with former President Donald Trump — including Sidney Powell and Lin Wood — were ordered Thursday by a federal judge to collectively pay more than $175,000 in sanctions-related fees stemming from a bogus election fraud lawsuit they filed last year,” CNN reports.

“An Italian man is facing charges of fraud after turning up for his Covid-19 vaccine wearing a fake arm,” The Guardian reports.  “So determined was he to dodge the jab but still obtain a health pass, the anti-vaxxer may have paid hundreds of euros for the silicone prosthetic.”

The hacks, which took place in the last several months, hit U.S. officials either based in Uganda or focused on matters concerning the East African country.

“The CIA is too polite to say this directly, but it has issued a report that shows that Donald Trump, while obsessing over his efforts to overturn the 2020 election, abandoned one of his primary duties as president: to stay fully informed about potential threats to the nation,” Mother Jones reports.