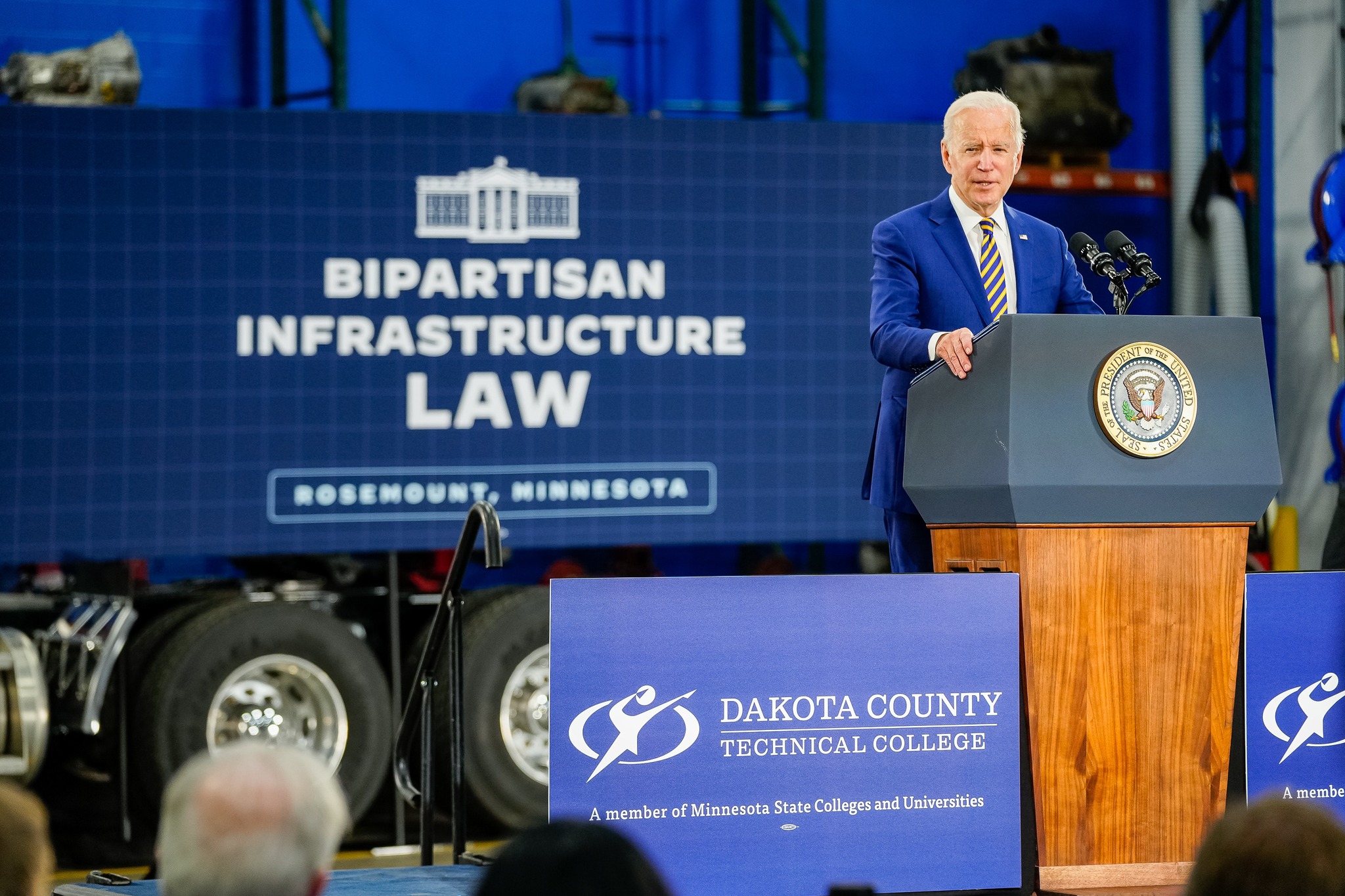 The Cook Political Report shifts the ratings of nine gubernatorial races — eight of them towards the Republicans:

“Every midterm cycle, there are Republican donors and operatives who argue the party should release a positive, pro-active governing outline around which candidates can rally. McConnell adamantly rejects this idea, preferring to skewer Democrats for their perceived failures.”

“I would tell them that we have a problem. We’ve got a national branding problem that is probably deeper than a lot of people suspect. Our party thinks maybe some things we’re saying aren’t cutting through, but I think it’s much deeper than that.”  — Democratic pollster Brian Stryker, in an interview with the New York Times, on what he would tell Democrats running in 2022.

Washington Post: “In 21 states where abortion bans are on the books but Roe makes them unenforceable, a conservative victory in Dobbs could criminalize the practice immediately. Three of those states — Michigan, Arizona and Wisconsin — were decided by single digits in the 2016 and 2020 presidential elections. And each has elections for governor, attorney general and down-ballot offices next year, which could be fought over whether to change abortion bans passed before most voters were born.”

PENNSYLVANIA U.S. SENATOR. “Senate Republicans are open to Dr. Oz as the miracle cure for their headaches in Pennsylvania,” Politico reports.

“With the Keystone State’s GOP Senate primary uncertain, Senate Republicans suggested this week that they might embrace the celebrity doctor’s nascent campaign to replace retiring Sen. Pat Toomey. GOP senators conceded in interviews that they didn’t know much about Oz. But if he’s the best prescription for reclaiming the Senate majority, they’ll take it.”

Politico reports that wealthy hedge fund manager (is there any other kind?) David McCormick, who’s reportedly been considering a bid for Senate, “is expected to join the race in the next few weeks.” Republican Rep. Dan Meuser all but endorsed McCormick in a tweet the day after Politico’s piece ran.

Meanwhile, Carla Sands, a former ambassador to Denmark under Trump, says she’s spending $1 million to air a new ad attacking Joe Biden’s Build Back Better Plan, which she feeds into a paper shredder one page at a time. At the end, we see bags and bags of shred, though oddly, it appears to have come from blank paper.

OHIO U.S. SENATOR. Investment banker Mike Gibbons is running a new ad, reportedly backed by a $550,000 buy, that uses clips of venture capitalist J.D. Vance trashing Donald Trump in order to trash Vance himself. “I’m a never-Trump guy. I never liked him,” says Vance. “I might have to hold my nose and vote for Hillary Clinton.” The ad also references Vance tweets in which he called Trump “an idiot” and “reprehensible.” (Vance of course now insists he adores Trump.)

These statements have unsurprisingly appeared in other ads attacking Vance, including a spot from the Club for Growth, which is backing former state Treasurer Josh Mandel. Amusingly, though, one person who doesn’t appreciate all these efforts to defend Donald Trump’s honor is … Donald Trump.

According to a new piece from Politico, Trump called Club president David McIntosh to insist that the group stop airing the ads, fearing that putting Vance’s remarks on repeat would undermine Trump’s standing in Ohio. McIntosh declined, however, and in fact just dumped in another $500,000 to keep airing the ads, though he did try to assuage Trump with a polling memo claiming that Trump’s favorability rating “changed by no more than a single point in any market” as a result of the advertising blitz.

Meanwhile, a new survey for the one major candidate not mentioned above, former state GOP chair Jane Timken, suggests the barrage, which began in October, hasn’t actually taken much of a toll on Vance—not that he’s doing particularly well, though. The poll, from Moore Information, finds Mandel leading Timken 21-17, with Gibbons at 13 and Vance at 10, though it also includes previously unreleased data from September that had Mandel at 22, Gibbons at 12, Timken at 11, and Vance at 9. The memo naturally argues that Timken is surging, but it also counters the Club’s claims that Vance is sinking, which no doubt will come as great solace to Vance’s team.

WISCONSIN U.S. SENATOR. A new survey from Data for Progress for the progressive group Way to Lead finds Lt. Gov. Mandela Barnes enjoying a wide 39-16 lead on Milwaukee Bucks executive Alex Lasry in next year’s Democratic primary for Senate in Wisconsin. Further behind are Outagamie County Executive Tom Nelson at 6 and state Treasurer Sarah Godlewski at 5, with 29% undecided. The only other poll of the race, an August internal for Barnes from Clarity Campaign Labs, showed him taking a similar 37%, with all other candidates in single digits.

NEW HAMPSHIRE U.S. SENATOR. Army veteran Corky Messner, who was the GOP’s unsuccessful nominee for Senate last year, now says he’s considering another bid after previously refusing to rule the idea out. As part of his deliberations, Messner commissioned a poll from the Tarrance Group showing Democratic Sen. Jeanne Shaheen with a 47-45 advantage.

In the same piece reporting on the poll, WMUR’s John DiStaso adds that New Hampshire schools chief Frank Edelblut is weighing the race as well. Edelblut ran for governor in 2016, narrowly losing the primary by a 31-30 margin to Chris Sununu, who went on to win that fall.

ARIZONA U.S. SENATOR. “A division of industrial giant Koch Industries has bought Senate hopeful Jim Lamon’s company, likely providing a cash infusion for the Arizona Republican as he pours huge sums of his own money into the race,” Axios reports.

“Lamon is vying for the GOP nomination to take on Democratic Sen. Mark Kelly in what is expected to be one of the most competitive — and expensive — races of the 2022 midterms.”

Among Democrats, outgoing Boston City Councilor Annissa Essaibi George, who badly lost last month’s race for mayor, is reportedly considering, while an aide to former Rep. Joe Kennedy III said their boss “has no plans to run for governor next year”—which is not a “no.” State Attorney General Maura Healey, who’s long been cagey about her intentions, says she’ll make a decision “soon,” while Somerville Mayor Joseph Curtatone reiterated that he’s not running. Joshua Kraft, the son of New England Patriots owner Robert Kraft, said the same thing. Politico also suggests that Salem Mayor Kim Driscoll could be in the mix.

Moving on to Republicans, former Sen. Scott Brown says he’s not interested, though Taunton Mayor Shaunna O’Connell says she is, via a spokesperson. One other possibility is former U.S. Attorney Andrew Lelling, who was appointed to the post by Donald Trump and prosecuted the “Varsity Blues” college admissions scandal.

GEORGIA SIXTH CD. Nice try, bub! Physician Rich McCormick trumpeted a big batch of endorsements from members of Congress when he kicked off his bid for Georgia’s 6th Congressional District earlier this week, but the Atlanta Journal-Constitution just busted him real good. It turns out that McCormick merely recycled a list of supporters from his campaign for the old 7th District last year, and someone obviously complained, because only one of the five Georgia representatives McCormick named, Rep. Buddy Carter, said he’s actually re-endorsed McCormick this time.

As for the other four—Reps. Jody Hice, Andrew Clyde, Rick Allen and Marjorie Taylor Greene—the AJC reports, “At most, they had phone calls with him and wished him well.” But McCormick also touted almost two dozen other members from outside the state, including Madison Cawthorn, Greg Pence, and Ronny Jackson, and there’s no telling whether any of these people actually still support him, too.

The reason any of these Republicans might care, though, goes far beyond just setting the record straight. Now that the 6th District is open due to GOP gerrymandering, and sure to elect a Republican for the same reason, this race will be decided in the primary. At least two other notable Republicans, including former state ethics commission chair Jake Evans and former state Rep. Meagan Hanson, are also running, and more could enter. McCormick is pretty far out there, but it’s not hard to imagine the likes of Greene or Cawthorn preferring an even more extreme flavor.

TEXAS FIRST CD. Smith County Judge Nathaniel Moran kicked off a bid Thursday for Texas’ 1st Congressional District, a safely red seat that’s open because Rep. Louie Gohmert is running for state attorney general. Note that in Texas, the position of “county judge” is an administrative rather than a judicial post, equivalent to county executive in other states.

TEXAS FIFTEENTH CD. Wilson County Justice of the Peace Sara Canady has filed paperwork to run in Texas’ 15th Congressional District, though she doesn’t appear to have commented publicly yet. Several other Republicans are already running for this seat, which is open because Democratic Rep. Vicente Gonzalez has decided to seek re-election in the neighboring 34th.