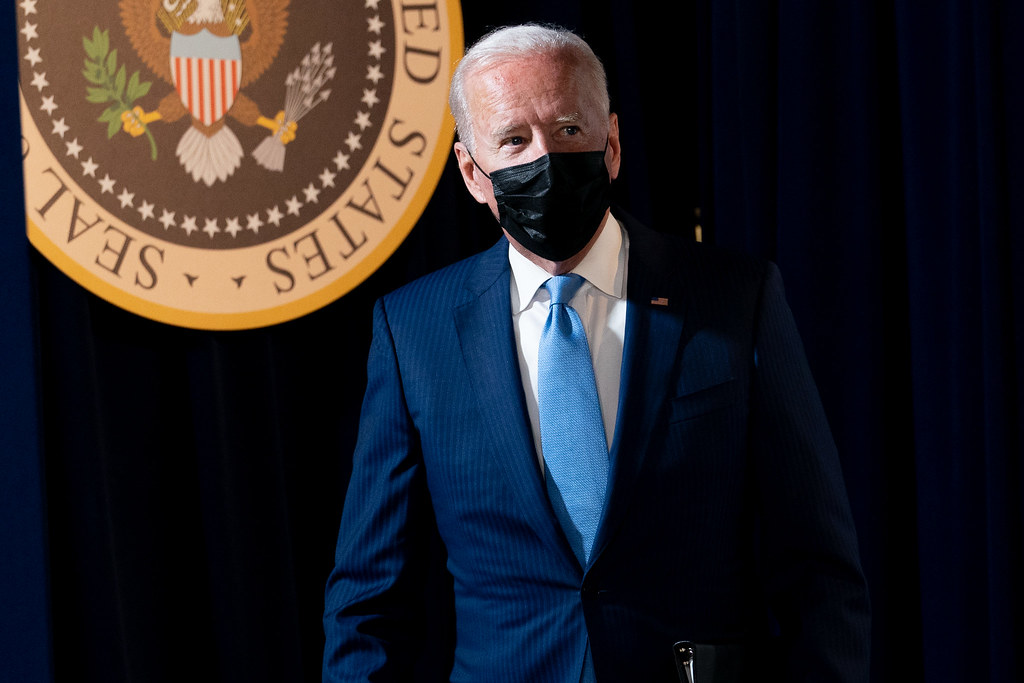 “South Africa alerted the world to the Omicron variant. Now data out of South Africa may serve as a warning of what we’re facing,” Axios reports.

“South Africa recorded 11,535 new cases Thursday with 22.4% of tests coming back positive — up from an average of about 300 new cases, with a 2% test positivity rate 10 days earlier. The country’s top public health officials expect that exponential rise to continue as Omicron rapidly becomes the dominant variant.”

“Underscoring growing concerns about Omicron, scientists in South Africa said on Friday that the newest coronavirus variant appears to spread more than twice as quickly as Delta, until now the most contagious version of the virus,” the New York Times reports.

“Omicron’s rapid spread results from a combination of contagiousness and an ability to dodge the body’s immune defenses, the researchers said, but the contribution of each factor is not yet certain.”

“Scientists in South Africa tracking the spread of the Omicron variant said Thursday they are seeing a rise in reinfections in people who had recovered from Covid-19 as the country reported another sharp daily rise in new cases,” the Wall Street Journal reports.

“The scientists’ conclusions suggest previous infection provides less protection against the new variant than against earlier versions. They also offer a possible explanation of why Omicron has been able to spread so quickly in the country, outpacing even the highly transmissible Delta variant, which is currently dominant in much of the rest of the world.”

Nature: How bad is Omicron? What scientists know so far.

New York Times: “People looking for a booster shot of a Covid-19 vaccine probably don’t need to fret about what brand it is: Many combinations of shots are likely to provide strong protection, according to a large new study.”

“Booster jabs ‘massively’ strengthen the body’s defenses against Covid, according to key results that have raised hopes of strong protection from the Omicron variant,” the Times of London reports.

“A third dose not only increased antibody levels thirtyfold, but roughly tripled levels of T-cells, a part of the immune system that experts believe could be the critical weapon against the heavily mutated Omicron strain.”

Washington Post: “Biden and his aides have long said his political fortunes are tied to the pandemic response. After a difficult summer highlighted by climbing covid cases, a chaotic withdrawal from Afghanistan and supply chain disruptions, White House officials were optimistic about shifting the focus to the president’s economic agenda as the ravages of the delta variant subsided. But the emergence of a new and potentially more dangerous variant has complicated the president’s messaging efforts.”

Politico: “President Joe Biden has staked his presidency on defeating the pandemic. But nearly a year into his term, the administration is crashing into the limits of its power to end the nation’s fight against Covid-19. And in the few places where it could go further, it seems unwilling to do so, as of now.”

Several Democratic senators have held regular meetings with Senate Majority Leader Chuck Schumer (D-NY) “to discuss the next steps for action on voting rights, including a Wednesday confab in the majority leader’s office,” New Republic reports.

Schumer again pledged: “We’re going to get to voting rights this year.”

Washington Post: “This week’s Senate gridlock, however, amounted to more than simply getting the old band back together for one more gig. After a 10-month flurry of legislating, it heralded a potentially excruciating new era of governing for President Biden and other Democratic leaders, who must deal not only with an emboldened GOP leadership that sees House and Senate majorities well within their grasp, but a cadre of conservatives eager to hijack the basic processes of government if only to make a point.”

“House Republicans have decried the public feuding this week among a small group of GOP lawmakers as detrimental to the party’s ability to win back the House in the 2022 midterm elections because it distracts from their attacks on Democrats’ agenda,” the Washington Post reports.

“But little has been said publicly by party leaders or rank-and-file members about whether they find the source of this feuding problematic: Islamophobic attacks by some of its members against a Democratic congresswoman who is Muslim.”

“House GOP leadership elections are still one year away, but early jockeying has already begun behind the scenes with Republicans extremely bullish about winning back the majority in next year’s midterms,” The Hill reports.

Missouri’s Department of Health and Senior Services conducted a study in November that showed that areas of the state with mask mandates had lower rates of COVID-19 infection and death than those without–but Gov. Mike Parson (R) never released the department’s findings to the public.

It was Parson’s office that commissioned the study in the first place.

Like many other Republican governors, Parson has attacked local mask mandates despite their (proven) effectiveness against the coronavirus.

Additionally, Missouri Attorney General Eric Schmitt (R), who’s suing counties that have mask mandates, is still pushing through with his war on the mandates even in the face of the study. His spokesperson told Missouri Independent that “[w]e dispute this premise” of the analysis.

“The first major infusion of federal cash from the bipartisan infrastructure law is on its way to states across the U.S. to overhaul the nation’s aging water infrastructure and dangerous lead pipes,” NBC News reports.

Dallas Morning News: “When Texas enacted the nation’s strictest abortion ban in September it touched off an exodus. Texans are flooding to clinics across the country for abortions, traveling to states as far away as Washington and Maine. Planned Parenthood clinics in Oklahoma, Kansas, Missouri and Arkansas saw 40 Texans last fall.”

“If the Supreme Court overturns Roe v. Wade, abortions could be harder to access even in states where they remain legal, because those clinics could be flooded with patients from states that have cracked down,” Axios reports.

“This has happened before, and clinics fear the crush of demand would be a major problem in the immediate wake of a decision that would allow states to ban abortion.”

A new Gallup poll finds 45% of American households report that recent price increases are causing their family some degree of financial hardship. Ten percent describe it as severe hardship affecting their standard of living, while another 35% say the hardship is moderate.

The U.S. economy added just 210,000 jobs in November, although the unemployment rate plummeted to 4.2% from 4.6%, the Wall Street Journal reports.

The number was well below Wall Street expectations of 573,000.

I would not be surprised at all if this number is revised upward later.

Sen. Kyrsten Sinema (D-AZ) “has been privately telling colleagues she doesn’t believe the Build Back Better Act will pass until after Christmas,” Punchbowl News reports.

“Sinema and Sen. Joe Manchin (D-WV) are the two most critical Democratic votes on the BBB. Manchin is publicly saying he thinks a vote may have to wait until 2022. Now Sinema is privately echoing the same message to her Senate colleagues. This puts pressure on Senate Majority Leader Chuck Schumer, who has repeatedly said the chamber can finish work on the legislation in just a few weeks.”

Sen. Kyrsten Sinema’s (D-AZ) cellphone ringtone is the refrain from a song in the musical “Hamilton” that includes the lyrics “you don’t have the votes,” CNN reports.

“Jan. 6 investigators have tried to pry information from Mark Meadows for months. Now, excerpts from his forthcoming book have piqued the select committee’s interest,” Politico reports.

“In interviews, members of the committee say Meadows may have damaged his case for maintaining the secrecy of his contacts with former President Donald Trump on Jan. 6 by divulging selected details in his book, due to publish Tuesday.”

“Eastman’s decision is an extraordinary assertion by someone who worked closely with Trump to attempt to overturn the 2020 election results.”

“An unpublished investigative compilation sometimes referred to as the ‘Alternative Mueller Report’ has been located in Justice Department files and could be released soon,” Politico reports.

“A top deputy to Special Counsel Robert Mueller, Andrew Weissmann, revealed in a book he published last year that the team he headed prepared a summary of all its work — apparently including details not contained in the final report made public in 2019.”

“Saudi Arabia has agreed to keep increasing monthly crude oil production following a charm offensive by Biden administration officials that included an effort to reframe the relationship between the US and the kingdom,” the Financial Times reports.

This. I am fully vaccinated with a booster and I still wear masks indoors in public. But I went to a wedding and caught Covid. And so did the rest of my family and we all spread it to other family members not at the wedding, including my three year old niece. The only thing we did wrong was attend a wedding. And that really is not a wrong thing to do.

“But watching how the fake news blew through the conservative ecosystem is illuminating.”