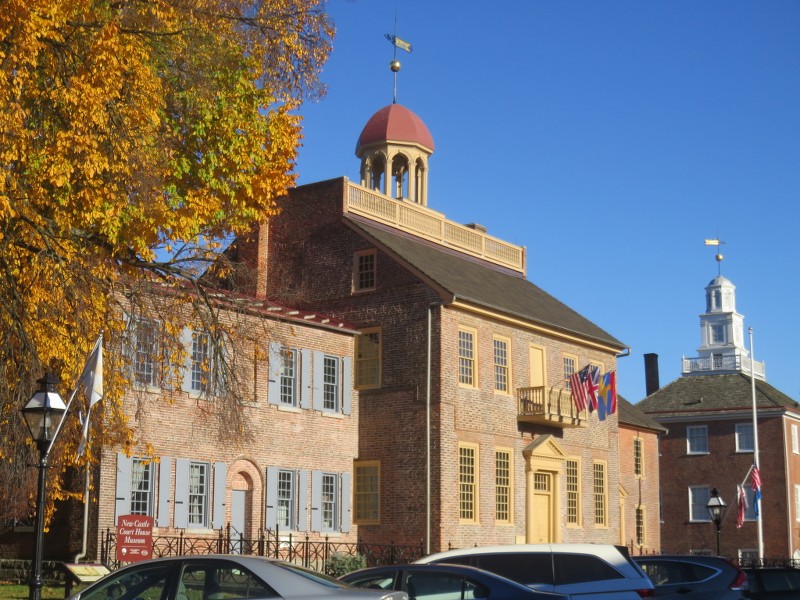 The former New Castle County Courthouse, on Delaware Street in New Castle, with the town hall in the background. In addition to being the county courthouse until 1881, the courthouse served as the capitol of Delaware from 1776 to 1777, and as the seat of the Delaware General Assembly from its completion in 1732 to 1776, when independence was declared. Wings were added to the left and right in 1845 and 1802, respectively. The old courthouse is one of the oldest public buildings in the United States, and is now a museum. Photo by xzmattz.