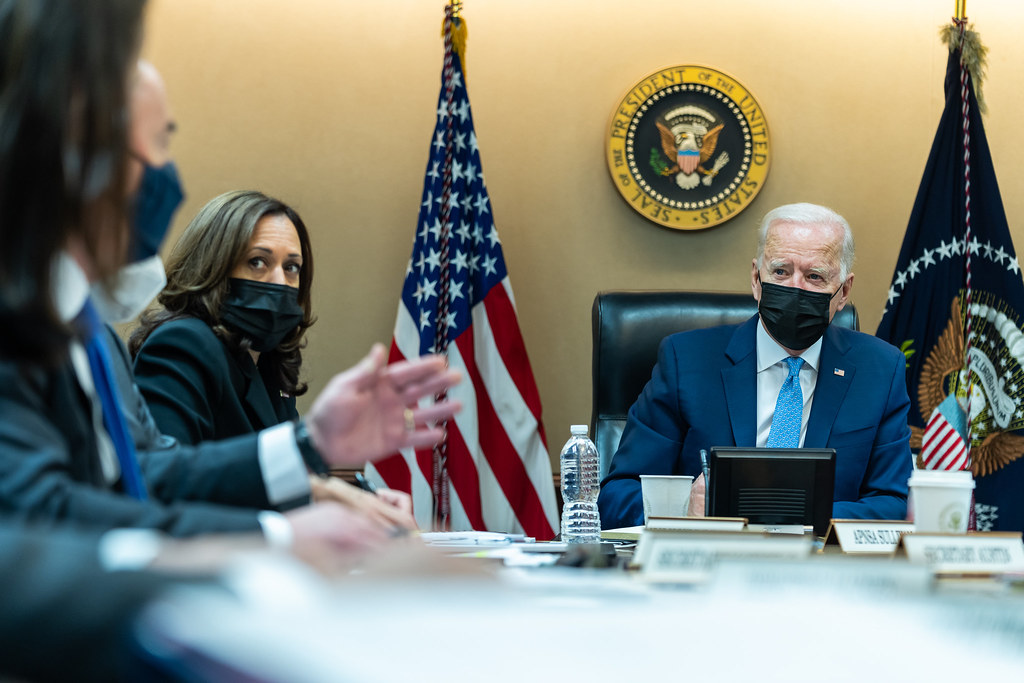 “The Supreme Court on Wednesday signaled that it is on the verge of a major shift in its abortion jurisprudence and is likely to uphold a Mississippi law that mostly prohibits the procedure after 15 weeks of pregnancy,” the Washington Post reports.

“Whether that would mean overruling Roe v. Wade’s finding that women have a fundamental right to end their pregnancies was unclear. But none of the six conservatives who make up the court’s majority expressed support for maintaining the court’s rule that states may not prohibit abortion before the point of fetal viability, which is generally estimated to be between 22 and 24 weeks.”

In these arguments, viability is key. The precedent, decided in Roe v. Wade and Casey v. Planned Parenthood, guarantees access to abortion before viability, or when the fetus could survive outside of the womb — around 24 weeks.

If you hear the conservative justices questioning the viability line, or the well-established scientific data on when a fetus can feel pain, that spells trouble for abortion rights.  And that is what we heard. Chief Justice Roberts said it was dicta and not a real holding.

Without a viability line states have to respect, red states could offer legal abortion technically, by doing something like allowing it only one day into the pregnancy. Brett Kavanaugh and Amy Coney Barrett also sounded hostile to the precedent in Roe in their questions.

New York Times: “Such a ruling would be flatly at odds with what the court has said was the central holding of Roe v. Wade, the 1973 decision that established a constitutional right to abortion and prohibited states from banning the procedure before fetal viability, or around 23 weeks.”

“Wednesday’s Supreme Court arguments over Mississippi’s near-total abortion ban marks the culmination of decades worth of efforts to get Roe v. Wade overturned. It’s a test for the conservative high court — and for both political parties, which have built foundations and expectations around abortion rights,” ABC News reports.

“The case has long been about more than Mississippi, or even about Texas, with nearly half the states in the country poised to significantly restrict access to abortions if Roe is overturned.”

“The Court has never revoked a right that is so fundamental to so many Americans and so central to their ability to participate fully and equally in society. The Court should not overrule the central component of women’s liberty.” — U.S. Solicitor General Elizabeth Prelogar, defending the Roe v. Wade precedent which legalized abortion.

“If the Supreme Court overturns Roe v. Wade, the average American could have to travel around 125 miles to reach the nearest abortion provider, compared to the current average of 25 miles,” Axios reports.

“Conservatives on both sides of the Capitol are privately plotting to force a government shutdown Friday in an effort to defund the Biden administration’s vaccine mandate on the private sector,“ Politico reports.

“Capitalizing on a last-minute scramble to fund the government, a group of Senate conservatives is planning to object to quick consideration of a stopgap measure to extend funding into early 2022 unless Democratic leaders agree to deny money to enforce the mandate. Because of the tight schedule — and Senate rules that require unanimous consent to move quickly — the senators believe they’ll be able to drag out the process well past midnight Friday, when funding officially expires.”

“The strategy, if it holds, means the government will likely shut down for several days — even if appropriators strike a bipartisan agreement to extend funding by the end of today.”

“Donald Trump tested positive for Covid-19 three days before his first debate against Joe Biden, the former president’s fourth and last chief of staff has revealed in a new book,” The Guardian reports.

Mark Meadows also writes that though he knew each candidate was required “to test negative for the virus within seventy two hours of the start time … Nothing was going to stop him from going out there.”

Of course, the news comes from his own chief of staff’s new book.

And the New York Times has confirmed it with two more sources.

“A third Trump golf course appears to have deployed the presidential seal as a tee marker, possibly in violation of a federal law,” Forbes reports.

The U.S. has identified the first case of the Omicron variant in California, the AP reports.  The person who was infected had returned from South Africa and was fully vaccinated but had not gotten a booster shot yet.  The person is experiencing “mild symptoms.”

Marcus Lamb, founder of evangelical television network Daystar and an outspoken opponent of Covid-19 vaccines, has died after being hospitalized with the virus, the Fort Worth Star-Telegram reports. Good.

The CDC plans to “toughen coronavirus testing and screening of international fliers to the United States by requiring them to provide a negative result from a test taken within 24 hours of departure,” the New York Times reports.

“The move to strengthen the testing regime reflects growing concern about the Omicron variant, a highly mutated form of the virus that was first documented by researchers in South Africa and detected in more than a dozen countries around the world.”

“Senior White House officials have in the last few days studied how much funding they have available to respond to the omicron variant, as the Biden administration makes contingency plans to deal with the next potential stage in the pandemic,” the Washington Post reports.

Approximately 150,000 unvaccinated people in the United States have died of Covid-19 since June 1, despite an effective vaccine being widely and freely available, the New York Times reports.

Rep. Ilhan Omar (D-MN) has shared a chilling death threat she received after Rep. Lauren Boebert (R-CO) portrayed her as a suicide bomber at a recent campaign event.

From the audio: “You will not live much longer… We see you Muslim and (n-word) bitch, we know what you’re up to. You’re all about taking over our country. Don’t worry, there’s plenty that will love the opportunity to take you off the face of this fucking earth. Come get it. But you fucking Muslim piece of shit. You jihadist. We know what you are. You’re a fucking traitor.”

“So, this is hard because these people are doing it for the publicity. There’s a judgment that has to be made about how we contribute to their fundraising and their publicity on how obnoxious and disgusting they can be.”  — Speaker Nancy Pelosi (D-CA), quoted by CNN, speaking to the House Democratic caucus on whether to punish Rep. Lauren Boebert (R-CO) for her recent Islamophobic remarks.

“The California Republican implored Reps. Marjorie Taylor Greene (R-GA) and Nancy Mace (R-SC), in separate private meetings, to stop attacking one another after their back-and-forth online spat dragged on for hours earlier Tuesday.”

CNN: “Emerging from her meeting, Greene told CNN that both she and former President Donald Trump would back a primary challenge to Mace in 2022.”

“Sen. Ted Cruz (R-TX) will lift his holds on a handful of President Joe Biden’s diplomatic and foreign-policy nominees if an amendment to sanction the Nord Stream 2 pipeline gets a vote today — and he’ll lift even more if it passes,” Politico reports.

“It’s the latest example of Cruz playing hardball with the Biden administration over its controversial decision to waive sanctions on the Russia-to-Germany natural gas pipeline, and trying to force the State Department to reverse course. Cruz’s slow-walking of the national-security nominees has been a thorn in the administration’s side for months, and it’s a big reason why the Senate has confirmed Biden’s nominees at a glacial pace compared to previous administrations.”

CNBC: “Private hiring increased by 534,000 for the month, better than the Dow Jones estimate of 506,000 in a labor market that appears to be getting tighter.”

“Senate Democratic and Republican staff will meet this morning with the parliamentarian to discuss whether Democrats can include the House’s immigration reform provisions in their social spending bill,” Politico reports.

“The meeting, part of the so-called ‘Byrd Bath’ process, is scheduled for 10 a.m. Democrats must show the immigration provisions in the House bill have a direct budgetary impact to pass muster with the chamber’s rules arbiter.”

The House Jan. 6 select committee interviewed Georgia Secretary of State Brad Raffensperger (R), whom Trump called in January to demand that the elections official magically “find” the votes needed for the then-president to steal the 2020 election from Biden, on Tuesday.

The interview went on for more than four hours. Raffensperger told the Atlanta Journal-Constitution that he discussed Trump’s infamous call “and everything else leading into the election.”

However, Raffensperger, a Republican, made it clear that he wasn’t out to be an ally in Democrats’ efforts to get to the bottom of the Capitol attack. He told the Atlanta Journal-Constitution that he wanted the panel to know that “looking backward isn’t helpful” and that there needs to be more focus on inflation and the border.

U.S. District Judge Amy Berman Jackson said that those who organized a pro-Trump Jan. 6 rally that preceded the attack on the Capitol “stoked the flames of fear” and deserve to be held accountable for what they unleashed, Politico reports.

Texas Gov. Greg Abbott (R) “promised that the state’s electric grid would be able to withstand pressures caused by any potential winter storm that occurs this year,” the Houston Chronicle reports.

Said Abbott: “Listen, very confident about the grid. And I can tell you why, for one: I signed almost a dozen laws that make the power grid more effective. I can guarantee the lights will stay on.”

“A federal judge issued a preliminary injunction on Tuesday to halt the start of President Biden’s national vaccine mandate for health care workers, which had been set to begin next week,” the New York Times reports.

“The injunction effectively expanded a separate order issued on Monday by a federal court in Missouri. The earlier one had applied only to 10 states that joined in a lawsuit against the president’s decision to require all health workers in hospitals and nursing homes to receive at least their first shot by Dec. 6 and to be fully vaccinated by Jan. 4.”

Defense Secretary Lloyd Austin told Gov. Kevin Stitt (R) that members of the Oklahoma National Guard “must get vaccinated against Covid-19 regardless of their duty status or personal beliefs,” the Oklahoman reports.  “Guard members who don’t get vaccinated may be barred from participating in drills and training, and their status in the Guard could be jeopardized.”

Wall Street Journal: “Mr. Cuomo is one of CNN’s biggest stars, anchoring the network’s 9 p.m. hour in prime time. His suspension will leave the network without one of its most prominent journalists as it battles a sector-wide viewership slump in the aftermath of the Trump administration, which was frequently a ratings gold-mine.”

Chris Cuomo said he is embarrassed after being suspended by CNN following new revelations about his involvement in his brother, former New York Gov. Andrew Cuomo’s (D), campaign to defend himself from allegations of sexual harassment, The Hill reports.

Said Cuomo: “It hurts to even say it. It’s embarrassing. But I understand it. And I understand why some people feel the way they do about what I did. I’ve apologized in the past, and I mean it.”

He added: “It’s the last thing I ever wanted to do, was compromise any of my colleagues and do anything but help. I know they have a process that they think is important. I respect that process, so I’m not going to talk about this any more than that.”