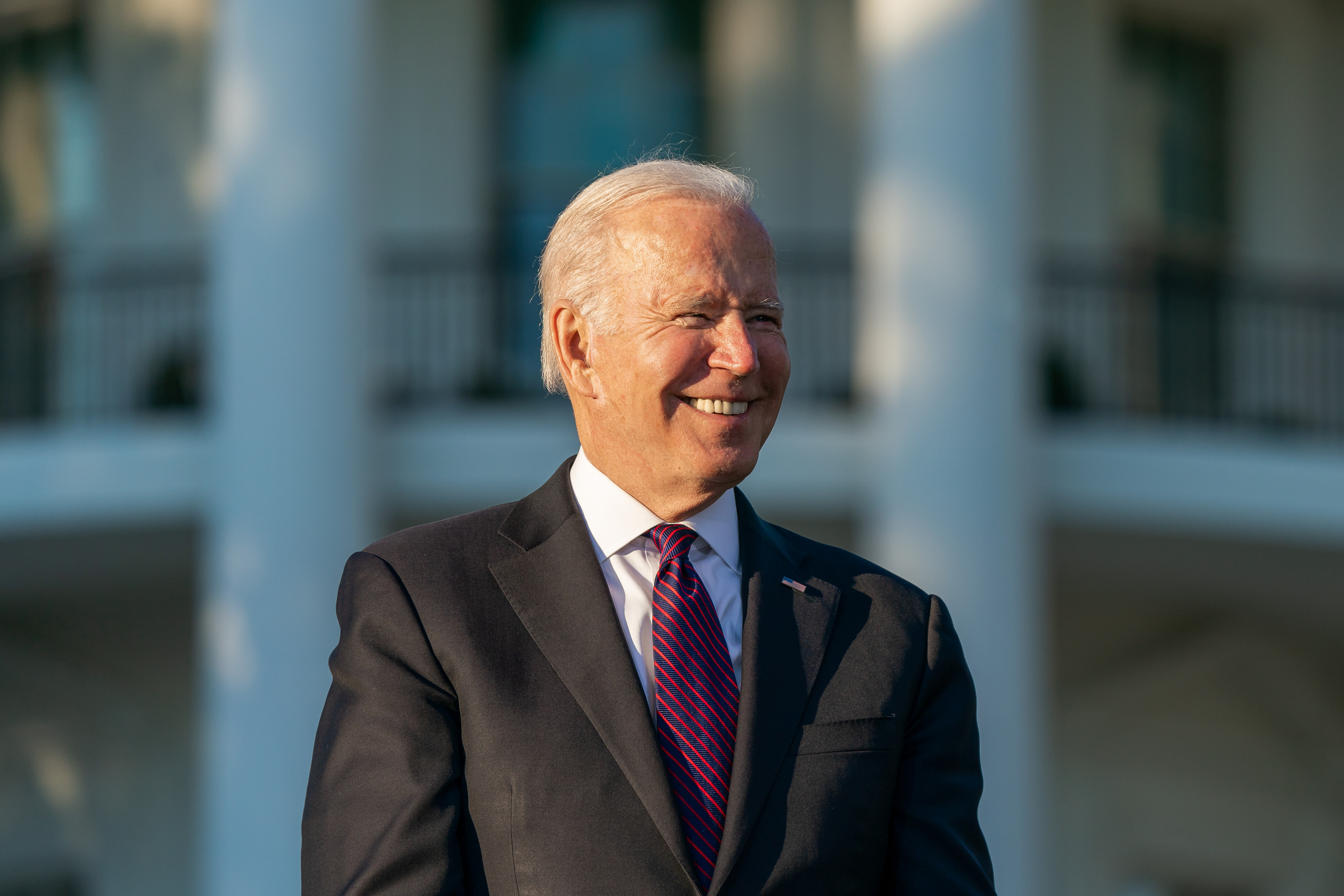 The British firm Redfield & Wilton Strategies has released a raft of Senate polls:

The Georgia Senate Republican primary includes several other candidates, though Walker has held massive leads over them in the few polls we’ve seen. Team Blue’s field in North Carolina, meanwhile, also includes state Sen. Jeff Jackson, who like Beasley has raised a credible amount of money.

Several other Republicans and Democrats are running for governor in Arizona in addition to the candidates tested here. Redfield & Wilton also did not poll state Sen. Annette Taddeo, who is seeking the Democratic nod in Florida.

Finally in Texas, Castro has given no indication that he’s interested in taking on Abbott.

Peter Nicholas: “A 2024 Pence campaign looks futile no matter the scenario. If Trump runs, he’ll rally the same MAGA zealots who refuse to believe he lost the last election. And if Trump opts out, Pence isn’t his natural successor; he may have spoiled any hope of inheriting the Republican base when he defied Trump on January 6. Scanning the Republican universe, it’s hard to detect a glimmer of a Pence-for-president movement of any sort.”

“Which leaves GOP operatives asking a version of the same question: What in the world is Mike Pence thinking?”

Former President Trump put out a statement challenging apparently anyone to a debate: Said Trump: “It’s really interesting, everybody wants me on television, I get the highest ratings by far, they need ratings to survive, and yet I put out a challenge to debate me about the massive election fraud, which took place in the 2020 Presidential Election, and there are no takers-think of it, zero takers for the so-called ‘ratings machine.’”

MINNESOTA GOVERNOR. Axios reports that businessman Kendall Qualls, who was the 2020 Republican nominee for the 3rd Congressional District, is thinking about running for governor and that his “decision is expected by early 2022 at the latest.”

NEW YORK GOVERNOR and THIRD CD. Rep. Tom Suozzi announced Monday that he would challenge New York Gov. Kathy Hochul for the Democratic nomination in June rather than seek a fourth term in his Long Island-based 3rd Congressional District, which backed Joe Biden 55-44 in its current form. The congressman previously sought the Empire State’s top job in 2006 but lost the primary in a landslide.

Suozzi, who had briefly considered becoming a New York City deputy mayor rather than run for office, joins state Attorney General Tish James and New York City Public Advocate Jumaane Williams in taking on Hochul, who became governor this summer after Andrew Cuomo resigned in disgrace. The only recent primary poll we’ve seen that’s tested Suozzi was a mid-November Data for Progress survey for consultant Neal Kwatra on behalf of an unnamed donor, and it presented the new candidate with some very dispiriting news: Hochul beat James 39-24, with Williams and Suozzi at just 9% and 7%, respectively.

But Suozzi, who previously served as county executive of populous Nassau County, is hoping he’ll be able to stand out in this still-forming field by presenting himself as an experienced moderate leader. The congressman, who proclaimed himself a “common-sense Democrat,” launched his campaign with a call to cut taxes, hire more police officers, and modify the state’s landmark 2019 bail-reform law. “I believe that I am saying and doing what the people are thinking,” he told Newsday, adding, “They have had it with this far-left and far-right finger pointing. They want common sense … with management experience and ability and a vision for New York to make it more affordable.”

There’s plenty of uncertainty surrounding the race to succeed Suozzi. It remains unclear whether the state’s bipartisan redistricting commission will be able to reach an agreement on new maps, or whether (as appears more likely) Democrats will use their legislative supermajorities to draw new districts. Team Blue also suffered some big setbacks in this month’s local elections in Nassau and Suffolk counties, so a bad political climate could leave Republicans with an opening even in a Democratic-drawn seat.The only Democratic candidate following Suozzi’s departure is health care advocate Melanie D’Arrigo, a progressive activist who lost last year’s primary to the incumbent 66-26 and launched her second campaign back in May. D’Arrigo ended September with just over $95,000 on-hand, and she’s likely to have company before long.

Spectrum News’ Nick Reisman reports that Assemblyman Ed Braunstein is considering joining the Democratic primary, while the New York Times writes that DNC member Robert Zimmerman and Nassau County Legislator Josh Lafazan are “thought to be eying the seat.” Zimmerman, who runs a public relations firm and often appears on cable news, is a longtime party fundraiser who mulled a primary campaign against Suozzi last cycle but didn’t end up going for it.

On the Republican side, 2020 nominee George Santos launched his second bid earlier this year and had $250,000 on-hand at the end of September. Santos generated little attention during his first try until just after Election Day, when he held a 50-49 edge over Suozzi among the ballots that had already been tabulated. That lead proved to be a mirage, though, and Suozzi emerged with a comfortable 56-43 victory once all the votes were counted.

NORTH CAROLINA FOURTEENTH CD. State Sen. Chuck Edwards, a Republican who has reportedly been considering a bid for this open seat, has “an important announcement” set for Tuesday.

NORTH CAROLINA SECOND CD. Buck Newton, who was the 2016 Republican nominee for attorney general, announced Monday that he would run for his old job in the state Senate rather than campaign for this open congressional seat.

PENNSYLVANIA U.S. SENATOR. Former Rep. Keith Rothfus told the conservative Washington Examiner last week that he was considering seeking the Republican nomination for Senate now that Army veteran Sean Parnell has suspended his own campaign. Rothfus lost his bid for a fourth term 56-44 to Democrat Conor Lamb, who is currently running for the upper chamber, in 2018 after court-ordered redistricting led to an incumbent vs. incumbent general election.

MASSACHUSETTS GOVERNOR. Republican Gov. Charlie Baker said Monday he was “pretty close” to deciding if he’ll seek a third term next year, and he may actually mean it. While the governor has spent months insisting his choice would come “soon,” he acknowledged this time, “When you’re 65 years old, ‘soon’ can cover a lot of territory … We’re getting pretty close.” Baker also shot down whatever speculation there was that he could run as an independent in order to avoid a primary against Trump-backed former state Rep. Geoff Diehl.

The governor has been raising money for months for a potential campaign and has another event set for Dec. 14, but that doesn’t necessarily mean he’s made up his mind. Instead, the Boston Globe writes that “those close to Baker have for weeks described him as seeming torn, and close-lipped, about whether he will run.” The upcoming fundraiser’s co-organizers also told the paper that, while they hoped the incumbent would be on the ballot in 2022, they didn’t actually know what he’d be doing.

ALASKA GOVERNOR. Freshman state Rep. Christopher Kurka announced Monday that he would challenge his fellow Republican, Gov. Mike Dunleavy in next year’s top-four primary. Kurka entered the race with the backing of Joe Miller, whose 2010 primary win against Sen. Lisa Murkowski made him a national tea party hero until he lost to Murkowski’s write-in campaign months later. The state representative launched his campaign weeks after he learned that the state’s new map placed him in the same seat as one of his allies.

It may seem hard to believe that anyone could run to the right of Dunleavy, whose draconian 2019 budget cuts inspired a since-aborted recall campaign against him, but Kurka may have the credentials to pull it off. Kurka, who is a former director of Alaska Right to Life, has spent his year in office comparing officials trying to enforce public health measures to Nazis. Earlier this month, he co-sponsored an event that served as a platform for COVID-19 conspiracy theorists, including speakers who accused Dr. Anthony Fauci of being behind the disease.

WASHINGTON EIGHTH CD. King County Councilmember Reagan Dunn said Monday that he was entering next year’s top-two primary to take on Democratic Rep. Kim Schrier in what is currently a swing seat. Dunn joins two fellow Republicans in the race: 2020 nominee Jesse Jensen, who held Schrier to a surprisingly close 52-48 victory even as Joe Biden was winning the district 52-46; and attorney Matt Larkin, who carried the 8th District 51-49 last year in his unsuccessful campaign for attorney general.

Dunn is the son of the late Rep. Jennifer Dunn, who represented previous versions of this constituency from 1993 to 2005. The younger Dunn joined the King County Council in 2005 and lost the 2012 race for attorney general to his Democratic colleague, Bob Ferguson, by a 53-47 margin.

PENNSYLVANIA COMMONWEALTH COURT. Following a mandatory recount that concluded shortly before the Thanksgiving holiday, Republican Drew Crompton conceded defeat in the race for Pennsylvania’s Commonwealth Court to Democrat Lori Dumas, whose victory flipped a GOP-held seat. As a result, Republicans will soon see their majority slip to 5-3 after another Republican seat becomes vacant in January. Democratic Gov. Tom Wolf will be able to fill that vacancy on the court, which among other things handles election law disputes, but any pick he makes will have to be confirmed by the GOP-controlled state Senate.

Moore outpaced Dickens by a wide 41-23 in the first round of voting on Nov. 2, but the councilman has picked up several notable endorsements since then. Rep. Nikema Williams and Fulton County District Attorney Fani Willis, whose constituencies each take up most of this very blue city, each recently joined outgoing Mayor Keisha Lance Bottoms and former Mayor Andrew Young in Dickens’ corner; another former mayor, Shirley Franklin, also backed Dickens in October.

Doggett, who currently holds the 35th District, only represents 11% of the new seat, while another 8% are located in the boundaries of the existing 31st District. The congressman, though, is a longtime fixture in Austin politics, and he has the backing of numerous local elected officials.

Fellow state Rep. Carl Sherman had been considering a campaign of his own, but he sounds very unlikely to go for it now that the incumbent has picked a candidate. “I respect the wishes of the congresswoman to be succeeded by a woman,” he said, adding, “Black women are the bedrock of the Democrat Party and their voice in Congress is crucial, especially in North Texas.” (Both Johnson and Crockett are Black women.)

Another state representative, Toni Rose, meanwhile filed to run for re-election on Wednesday.