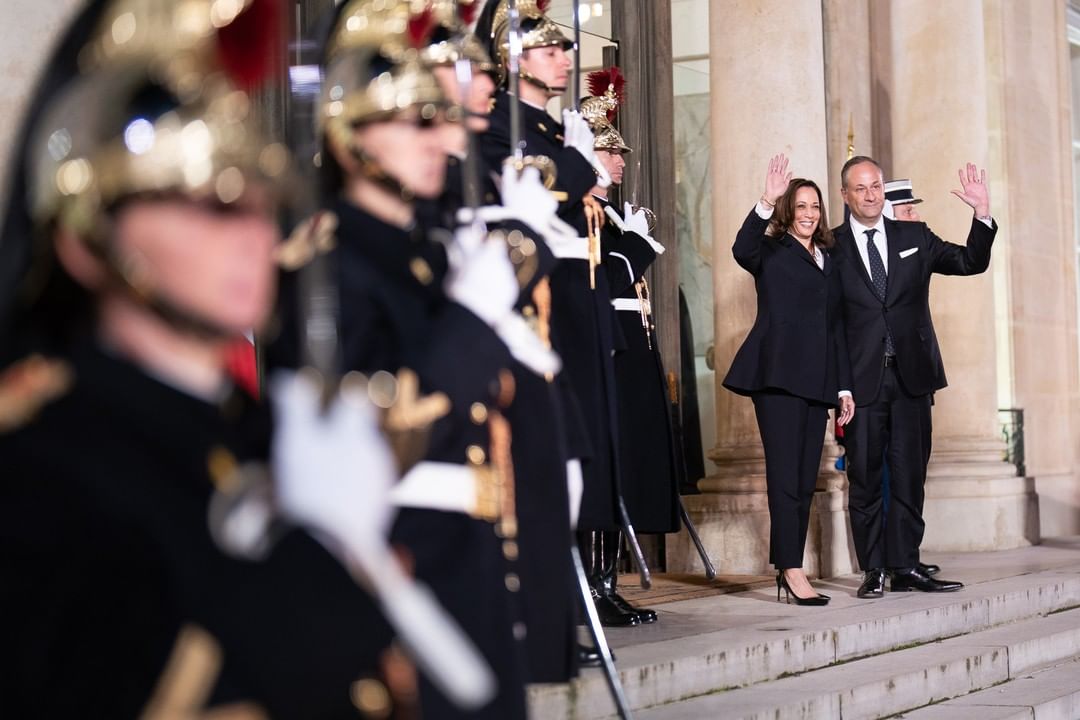 “When President Biden came into office, he had three overriding priorities: The first was to tame the coronavirus pandemic and deal with its effects on the economy. The second was to persuade Congress to enact the most sweeping domestic policy initiatives in generations. The third was to unify the country the best he could,” the Washington Post reports.

“The first was a challenge, the second a gamble, and the third, given a recalcitrant Republican Party, always a long shot. As December approaches, none of these goals has been fully accomplished, and that shapes the political environment heading into next year’s midterm elections, which could dramatically affect his presidency.”

Matthew McConaughey removed himself from consideration as a potential candidate for Texas governor after months of toying with a campaign, the Texas Tribune reports.

“Democrats across the party are raising alarms about sinking support among some of their most loyal voters, warning the White House and congressional leadership that they are falling short on campaign promises and leaving their base unsatisfied and unmotivated ahead of next year’s midterm elections,” the New York Times reports.

“President Biden has achieved some major victories, signing a bipartisan $1 trillion infrastructure bill and moving a nearly $2 trillion social policy and climate change bill through the House. But some Democrats are warning that many of the voters who put them in control of the federal government last year may see little incentive to return to the polls in the midterms — reigniting a debate over electoral strategy that has been raging within the party since 2016.”

Associated Press: “On its face, Christie’s publicity campaign is in service of Republican Rescue, his new book that offers a simple prescription for his party: stop talking nonsense about 2020 and focus on the future — or keep losing elections. But the frenzied pace of his appearances and the increasingly obvious jabs at Donald Trump suggest Christie is plotting a political comeback with the 2024 campaign in mind.”

New York Times: “Mr. Suozzi, who has most recently focused on federal negotiations over raising a cap on state and local tax deductions, has positioned himself as a vocal centrist who is quick to lash what he casts as the excesses of his party’s left wing.”

“His decision to run for governor, which he is expected to announce at an 11 a.m. news conference, will intensify and complicate the battle for moderate voters in one of the nation’s marquee Democratic primary contests next year.”

“The last time Donald Trump picked a running mate, he made a conventional choice in Mike Pence — a relatively safe decision with traditional presidential ticket-balancing in mind,” Politico reports.

“But as Trump gears up for a 2024 bid to recapture the White House, the nascent thinking at Mar-a-Lago surrounding his potential vice president is considerably different. According to conversations with a dozen Trump advisers and close associates, the former president doesn’t feel bound by geographic or ideological considerations — or any standard political rules at all.”

Washington Post: “A year after local and state election officials came under immense pressure from Trump to subvert the results of the 2020 White House race, he and his supporters are pushing an ambitious plan to place Trump loyalists in key positions across the administration of U.S. elections.”

Ross Douthat: “Republicans have a lot to be thankful for. In the years since George W. Bush their party has staggered around without a governing ideology, veering from one style of fantasy politics to another, and twice nominated a ridiculously unfit reality-television star for the presidency. Yet through it all the party has never collapsed, never fallen more than a little distance out of power and almost always retained a certain capacity to block the Democrats, which is the only thing its constituencies can agree on.”

“This pattern seems unlikely to be broken even if Biden’s poll numbers bounce back across 2022 and 2023. In that scenario Republicans will still probably narrowly recapture the House of Representatives, returning to the position that they held immediately after last November’s election — as a minority coalition, but a large one rather than a rump, which thanks to its structural advantages can always hope to hold at least part of Congress and ride a few lucky breaks into the White House.”

“But in a way, that advantage is also the core Republican weakness, and the party’s good fortune in avoiding profound punishment for all its follies is the reason those follies will probably continue.”

“Donald Trump’s favorite in the Alabama Senate race is treading water. His pick in Pennsylvania just bowed out of the GOP primary after losing custody of his children. In Alaska and North Carolina, two other Trump-endorsed Senate candidates are behind in primary election polls,” Politico reports.

“Trump may still have an iron grip on the Republican Party, but the limits of his powers are being exposed in 2022 Senate primaries. A number of his preferred Senate candidates are discovering that the former president’s endorsement is no guarantee of success in a crowded primary, leaving Trump to decide just how much political capital to further expend on their behalf.”

NBC News: “It’s unusual for a former president to endorse in races so deep down the ballot, especially nearly nine months before the Republican primary. But Trump has backed seven candidates for state House or Senate seats in Michigan, an electoral battleground that he lost narrowly to Joe Biden last year — more than anywhere else. Most of the endorsements, including Rocha’s, were announced in recent weeks. All of the candidates have one thing in common: They’ve made election administration and investigating last year’s vote central to their platforms.”

“Trump’s focus on the state illuminates just how driven he is to exact revenge on those who haven’t supported his baseless claim that the last election was stolen from him. It’s also a play to install allies who could be helpful should he run for president again in 2024 and find himself locked in another close race.”

“Democrats are growing anxious about when – and even whether – Stacey Abrams will enter the 2022 race for Georgia governor as the party sets its sights on capturing a statewide office that narrowly eluded them less than four years ago,” The Hill reports.

“Party operatives almost universally believe that Abrams will end up running. But her continued silence on her plans has some worried that a late entrance into the race could hamper the party’s hopes of victory next year.”

Jonathan Bernstein: “Normal political parties are dominated by the electoral incentive. Politicians want to win and then retain office; campaign professionals want to win to improve their reputations and, perhaps, to reap financial rewards; governing professionals want to win so that they can govern; activists and donors want to win so that they can influence policy, and in some cases because they, too, want jobs when their party is in office. With almost all individual incentives running that way, the party collectively comes to place a high priority on winning.”

“But party-aligned media do not necessarily share that incentive. Being out of office is good for business because negative partisanship means more viewers and more clicks when there’s an opposite-party president to dislike. Normally, party-aligned media aren’t important enough within a party for their commercial interests to overwhelm the party’s political ones, so its members tend to follow the lead of politicians and campaign professionals, both because access to them is important and because party actors generally adopt the goal of winning elections.”

“However, as we’ve seen lately with the Republican Party, the more central party-aligned media become within the overall party, the less important winning becomes.”