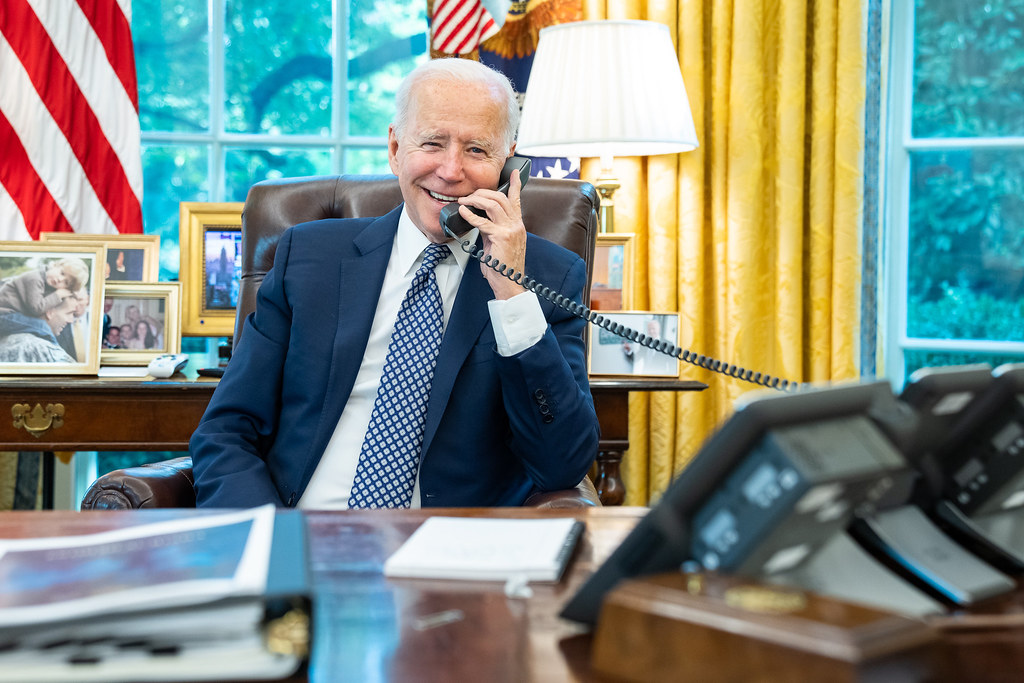 Testing has begun to determine whether the Pfizer vaccine protects against a mutant strain of Covid-19 that first appeared in South Africa and has already made its way to East Asia and Europe, the Financial Times reports.

Sen. Bernie Sanders (I-VT) tweeted his support of employees of the product review site Wirecutter in their strike against their parent company, the New York Times.

“A former Georgia district attorney has been booked on charges linked to her alleged mishandling of the case of Ahmaud Arbery, a Black man who was pursued and gunned down as he jogged through a Brunswick neighborhood last year,” CBS News reports.

Boebert tweeted: “I apologize to anyone in the Muslim community I offended with my comment about Rep. Omar. I have reached out to her office to speak with her directly. There are plenty of policy differences to focus on without this unnecessary distraction.”

Former Gov. Chris Christie (R) was asked by The Dispatch what was missing in his life.

Said Christie: “I like making a difference. I was saying this to another governor who’s getting ready to be term limited. And he’s trying to decide what to do with his life and his career. And I said to him, ‘Look, one of the things you need to know is, the music stops. Like you watch your successor gets sworn in, the troopers take you back to your house, you wake up the next morning, and they’re gone. And the cameras are gone. And the phone calls stop, and the music stops. And you got to figure out that okay, what do I substitute in for that?’ So I said to him: ‘Before you decide whether to run for something else or not, and before you dismiss running for something else, just understand the music stops.’”

He added: “So I think the biggest thing is just not being able to make a difference. Not being able to get that stuff done and being at the mercy of other people to do it. You want to get back to doing that. And I also think, unfinished business from 2016.”

Washington Post: “More U.S. adults who do not already have children are saying they are unlikely to ever have them, a new Pew Research Center survey finds — findings that could draw renewed attention to the risks of declining birthrates for industrialized nations.”

“New York City lawmakers are poised to allow more than 800,000 New Yorkers who are green card holders or have the legal right to work in the United States to vote in municipal elections and for local ballot initiatives,” the New York Times reports.

Alabama Attorney General Steve Marshall (R) is threatening a $25,000 fine for the state’s capital of Montgomery after the city changed a street’s name from that of the president of the Confederacy, the AP reports.

“Japan’s cabinet approved a boost in defense spending that for the first time will bring the annual total beyond ¥6 trillion, to the equivalent of $53 billion, responding to China’s rapid military expansion and U.S. requests for upgrades,” the Wall Street Journal reports.

“Stephen Bannon, the former Trump White House adviser, has filed an opposition to the U.S. district court’s standard protective order for discovery, which prohibits either side from releasing documents or evidence publicly,” the Washington Post reports.

“I don’t wear those same glasses that she wears. For me, I’m not a woman first, I’m Black first. I don’t care about party lines the way that she does. I don’t care about looking like I’m leading, or care about being the one that is staying within — like, just playing the game.”  — Rep. Cori Bush (D-MO), quoted by BuzzFeed News, on how she is different than Speaker Nancy Pelosi (D-CA).

New York Times: “In recent years, major brands have become increasingly entangled in social and political debates and chief executives have become spokespeople for causes on the right and left. With few indications that the country will become any less polarized in the years ahead, it is perhaps inevitable that corporate America, like the electorate itself, splits into red and blue brands.”