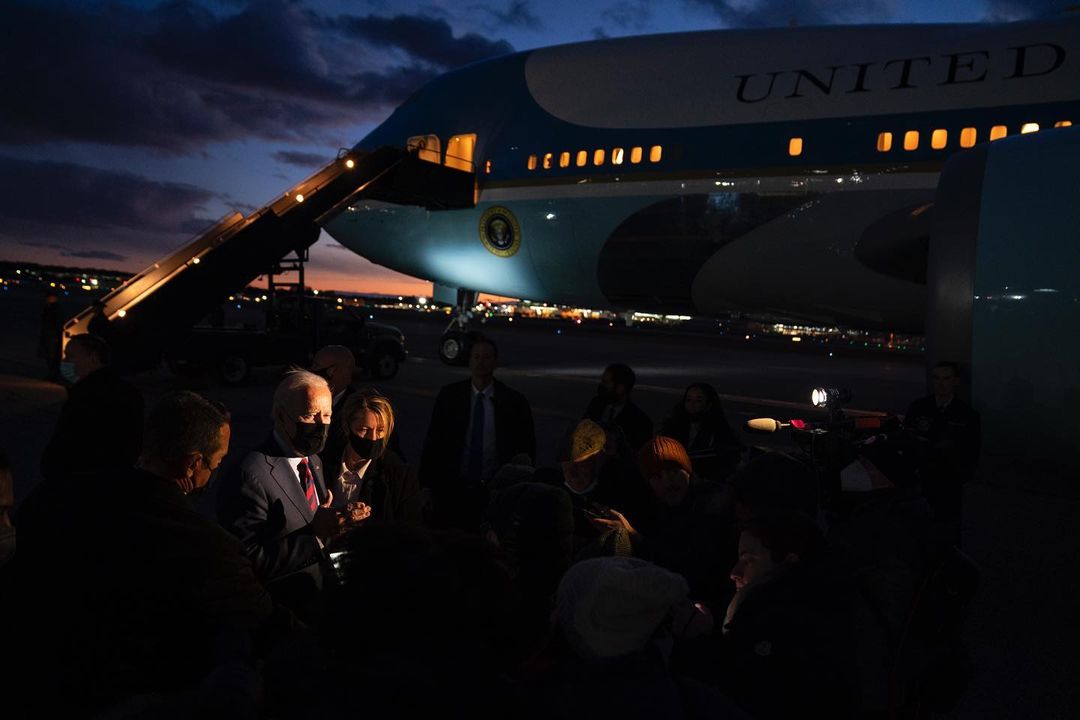 “Republicans are locking in newly gerrymandered maps for the legislatures in four battleground states that are set to secure the party’s control in the statehouse chambers over the next decade, fortifying the G.O.P. against even the most sweeping potential Democratic wave elections,” the New York Times reports.

“In Texas, North Carolina, Ohio and Georgia, Republican state lawmakers have either created supermajorities capable of overriding a governor’s veto or whittled down competitive districts so significantly that Republicans’ advantage is virtually impenetrable — leaving voters in narrowly divided states powerless to change the leadership of their legislatures.”

“Although much of the attention on this year’s redistricting process has focused on gerrymandered congressional maps, the new maps being drafted in state legislatures have been just as distorted.”

“Beto O’Rourke (D) is seizing on Texans’ concerns over their energy grid following the devastating winter storm earlier this year in his bid to oust Gov. Greg Abbott (R),” The Hill reports.

“The O’Rourke campaign sees the grid as a solid wedge issue in the traditionally red state, and will emphasize what it characterizes as failures by Abbott to defend his constituents from deadly temperatures and soaring power bills.”

A new NPR/Marist poll finds President Biden’s approval rate has fallen to 42%, the lowest of his presidency, and it’s driven mainly by fears of inflation.

Said pollster Lee Miringoff: “Regardless of strong job numbers or the soaring stock market, Americans are worried about the economy and the reason is inflation.”

“The Supreme Court said Wednesday that it will hear a case brought by Republican legislators in North Carolina who are seeking to defend the state’s strict voter ID law because they think the Democratic state attorney general is not adequately representing their interests,” CNN reports.

New York Times: “As cases surges once again in some parts of the country, Republicans have hit on a new line of attack: The president has failed on a central campaign promise, to tame the pandemic that his predecessor systematically downplayed. Democrats are incredulous, dismissing the strategy as another strand of spaghetti thrown at the wall.”

As of mid-September, 90% of Democrats had been vaccinated, compared with 58% of Republicans.

Philadelphia Inquirer: “Amid weeks of speculation over his interest in the race, Connecticut hedge fund manager David McCormick is expected to begin visiting with some top GOP insiders next week.”

“McCormick’s final plans remain unclear, but Mehmet Oz, the celebrity doctor who made his name as an Oprah guest, is said to be close to entering the contest and has been hiring high-level staff… Last December, he registered to vote in Pennsylvania, at his in-laws’ home in Montgomery County, despite long living in New Jersey.”

“Also exploring a bid is former U.S. Rep. Keith Rothfus, a Western Pennsylvania Republican who had supported Parnell… With Parnell out, Rothfus could attract GOP support in the Pittsburgh area.”

ILLINOIS THIRTEEN CD. EMILY’s List has endorsed former Obama official Nikki Budzinski’s bid for Illinois’ reconfigured 13th Congressional District. The old 13th is currently represented by Republican Rep. Rodney Davis, but Democrats made the district significantly bluer in redistricting: The new version would have voted 54-43 for Joe Biden, per Dave’s Redistricting App, compared to the 51-45 margin for Donald Trump under the old lines. Davis has said he wouldn’t announce his plans until Gov. J.B. Pritzker signed the new map into law, which he just did on Tuesday, but there’s a good chance he’ll seek re-election in the new 15th (or maybe run for governor), which would leave the 13th open.

NEW JERSEY SECOND CD. Since the last effort to recruit a conservative Democratic state senator to run in New Jersey’s 2nd Congressional District worked out so well, state party chair LeRoy Jones says that he’d like to see soon-to-be-former state Senate President Steve Sweeney run against Republican Rep. Jeff Van Drew next year. Sweeney rather infamously lost his bid for re-election this month to an unknown Republican who spent $153 on his campaign, while Van Drew, of course, switched to the GOP a year after first winning election to Congress as a Democrat.

NORTH CAROLINA SECOND CD and U.S. SENATOR. Two Democrats have announced campaigns for North Carolina’s open 2nd Congressional District, now a 51-48 Biden seat that the Republican legislature sought to undermine for Democrats through racial gerrymandering. The more familiar name to Digest readers is probably former state Sen. Erica Smith, who lost a primary bid last year for the U.S. Senate and was waging a second campaign for the upper chamber. Smith ended September with $65,000 on-hand, which she can use for her new campaign.

The other new arrival is state Rep. James Gailliard, who proclaimed, “I’m not a far-left liberal Dem, and this is not a far-left, liberal-drawn district, so we’re going to need a moderate candidate to get us across the finish line and I feel like I’m that candidate.” Another Democratic state legislator, state Sen. Don Davis, recently created a campaign committee with the FEC, but he’s not ready to announce anything yet. Davis said, “I’ve filed the necessary paperwork and will have more to share on my future plans after I take time to reflect and have further discussions with my family over the Thanksgiving holiday.”

TEXAS FIRST CD. Rep. Louie Gohmert only announced Monday night that he was leaving this  72-26 Trump seat behind to run for state attorney general, but a few of his fellow East Texas Republicans had already been eyeing the chance to replace him.

Former Gohmert staffer Aditya Atholi declared over the weekend he was “100% in the race” no matter what his old boss did. Smith County Judge Nathaniel Moran also said last week that he was considering running, but only in the event of an open seat. Moran listed several local figures who would support his potential campaign, including state Sen. Bryan Hughes, who KETK said was “seen by many East Texans as the apparent heir” to this seat. (Hughes has also announced that he’s seeking re-election to the legislature.)

However, Johnson’s choice may be someone who hasn’t publicly shown interest in running yet. Jeffers writes, “If she hasn’t already, expect Johnson to reach out to State District Civil Court Judge Tonya Parker, a rising star who people close to Johnson say has always been her first choice as a successor.” Jeffers, though, adds that insiders had not expected Parker, who is “on a path for greater accomplishments in the judicial field,” to run for Congress prior to Johnson’s Saturday retirement announcement.

VERMONT AT LARGE CD. State Senate President Pro Tem Becca Balint, who’d reportedly been considering a bid for Vermont’s newly open at-large seat in Congress, has now confirmed her interest and says she’ll decide whether to enter the Democratic primary “in the next few days and weeks.” Another Democrat who’s been looking at the race, state Sen. Kesha Ram-Hinsdale, says she’ll make up her mind “during the holiday season.”

ATLANTA MAYOR. The first poll we’ve seen of Atlanta’s Nov. 30 mayoral runoff comes to us from University of Georgia on behalf of the Atlanta Journal-Constitution and Channel 2, and it finds City Councilman Andre Dickens leading City Council President Felicia Moore 43-37. The result is a surprise, since it was Moore who outpaced Dickens by a wide 41-23 just three weeks ago in the nonpartisan primary, but we don’t have enough data to know if the contest has in fact shifted dramatically in the second round.