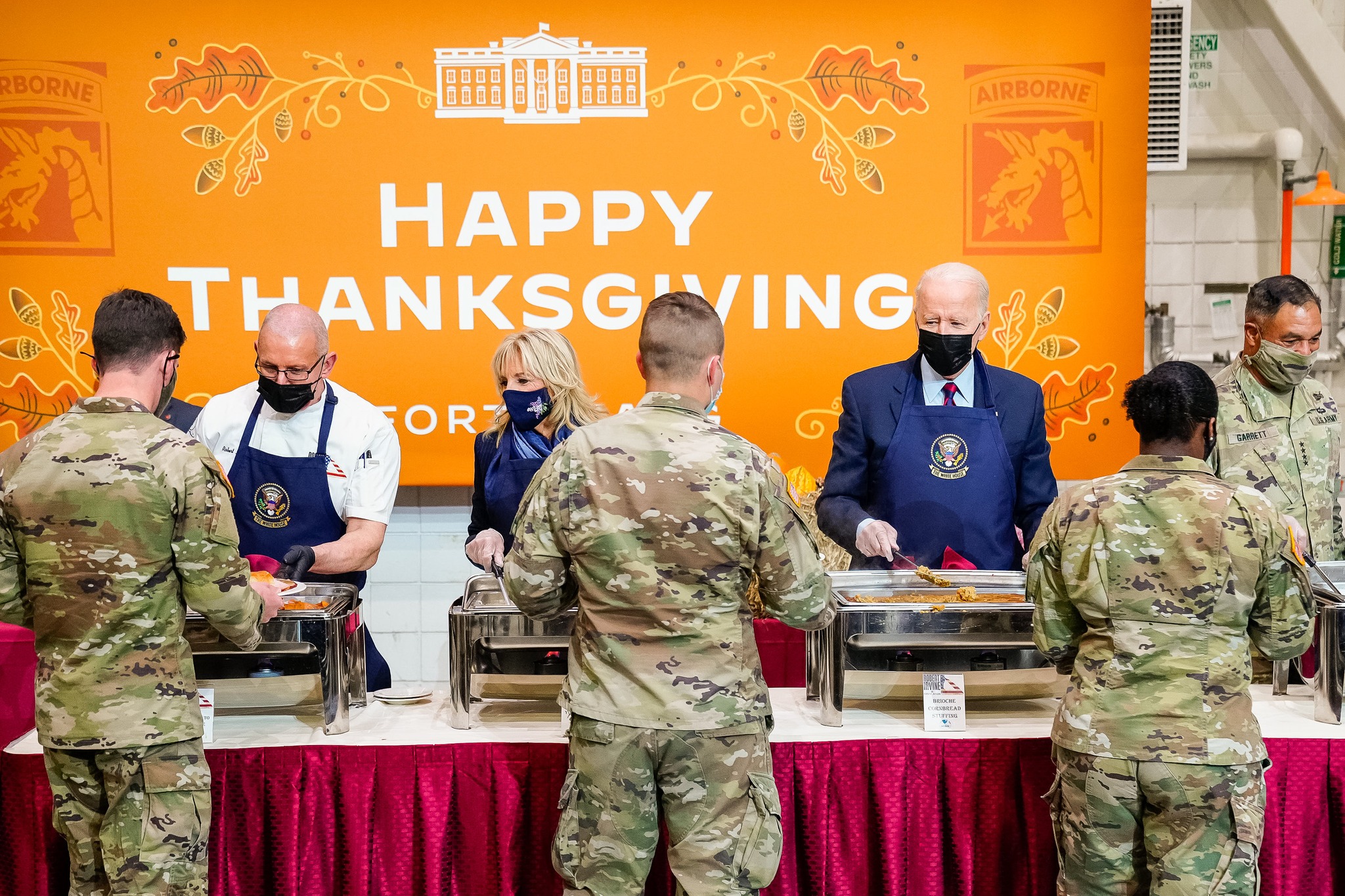 A new Yahoo News/YouGov poll finds that 74% of Americans say their lives have returned to “normal” since the beginning of the coronavirus pandemic.

TEXAS THIRTIETH CD. Democratic Rep. Eddie Bernice Johnson announced Saturday that she would not seek a 16th term in Texas’ 30th Congressional District, a Dallas-based constituency that supported Joe Biden 78-21. The 85-year-old Johnson, who is the second-oldest member of the House as well as the second Black woman to ever represent the state in Congress, said two years ago that her 2020 campaign would be her last, though she acknowledged over the weekend that she’d since gone “back and forth” about running this cycle.

Political observers spent months speculating about who would run to succeed Johnson in this seat, and we won’t need to wait much longer to know what the field will look like. Texas’ candidate filing deadline is Dec. 13, the earliest in the nation, and the primary will take place March 1. If no one earns a majority of the vote, a runoff would occur in late May.

The field already included progressive activist Jessica Mason, who had $25,000 on-hand at the end of September, and attorney Abel Mulugheta, a former state legislative aide who launched his bid weeks before Johnson made her plans known. Also in the race is former state Rep. Barbara Mallory Caraway, who challenged Johnson in the primary in each of the last five cycles: Caraway’s highwater mark was in 2014, when Johnson still beat her by a lopsided 70-30.

A few other Democrats also began making their moves following the incumbent’s Saturday announcement. Veteran Democratic operative Jane Hope Hamilton, who was Joe Biden’s state director for Texas’ primary last year, began raising money back in May for an open seat race, and she confirmed she was in over the weekend; Hamilton had $34,000 to spend at the end of the last quarter.

Former Dallas City Council member Vonciel Jones Hill also filed with the FEC, while state Reps. Jasmine Crockett and Carl Sherman each expressed interest over the weekend. The Dallas Morning News also writes that former state District Judge Elizabeth Frizell has said in the past she could run as well, and the paper also mentions state Reps. Yvonne Davis and Toni Rose and Dallas County Commissioner John Wiley as possibilities.

One person who has taken himself out of contention, meanwhile, is state Sen. Royce West, who unsuccessfully sought the Democratic nomination for the U.S. Senate last year. Johnson, for her part, said she would eventually be endorsing someone in this race, adding that she wanted a “female that is qualified.” The congresswoman also said, “Anyone who has already been rejected in this district will not be getting my endorsement,” a line the local media widely interpreted as a reference to Caraway.

Johnson’s retirement announcement marks the beginning of the end of a history-making career. The future congresswoman recounted how she was confronted with the sort of “overt racism” she had never experienced after the Waco native moved to Dallas in 1956 to work as a nurse at the V.A. hospital, and one racist act motivated her to get into politics for the first time.

Johnson was furious when she learned that the store where she was shopping for a hat wouldn’t let Black customers like her try on clothing. In response, she organized a group called “50 Sensitive Black Women” in the early 1960s; she later said, “We bought cameras and took pictures for the newspapers of people that patronized stores we were boycotting. Eventually stores closed.”

Johnson considered a campaign for the state House in 1972, but she understood that this would force her to quit her government job at a time when she had to support her child as a divorced mother. Things changed, though, when Stanley Marcus, who was the rare liberal in the city’s conservative-dominated business world, offered her a job at Neiman Marcus on the condition that she run. Johnson won and became the first Black woman elected in Dallas County; she went on to serve in the Carter administration before returning to the legislature by winning a seat in the state Senate seat in 1986.

Johnson was the chamber’s redistricting committee chair in 1991, the last time Texas Democrats controlled the process, and she was instrumental in determining the boundaries of the new 30th District. She ran for that seat the following year and won without any serious primary or general election opposition, which made her the first African American to represent Texas in D.C. since the legendary Barbara Jordan retired 12 years before. Johnson, who was also the first nurse elected to Congress, rose to become chair of the Committee on Science, Space, and Technology.

Johnson only faced a serious re-election fight during her long career in 2012, two years after negative headlines detailed how she’d given Congressional Black Caucus Foundation scholarships to relatives. The congresswoman went up against attorney Taj Clayton, who raised a serious amount of money and aired several well-produced commercials; and Caraway, whose husband had recently served as acting mayor of Dallas. Johnson, though, turned back Caraway 70-18, and she had no trouble beating her during the following four cycles.

TEXAS FIFTEENTH CD. Hidalgo County District Attorney Ricardo Rodriguez said Monday that he wouldn’t run for anything in 2022; the Texas Tribune’s Patrick Svitek writes that Rodriguez had been seen as a possible Democratic candidate for this open seat.

NEW YORK THIRD CD and GOVERNOR. Well, this is weird: New York City’s incoming mayor, Eric Adams, said on Saturday that he’d like to tap Democratic Rep. Tom Suozzi as a deputy mayor—even though Suozzi, who represents a House district on Long Island, very much does not live in the city. Even weirder, Suozzi says he’s entertaining the idea, saying, “Lots to think about over Thanksgiving.” His geographic issues may not in fact be a big concern for Adams, whose own residency in New York came under intense scrutiny during his campaign this year.

One important thing to note: Being “deputy mayor” might sound like a big deal, but it’s nothing like being vice president or even lieutenant governor. First off, deputies don’t actually succeed to the top job in the event of a vacancy; that responsibility falls to the public advocate. (According to Wikipedia, the position of deputy mayor “was created by Fiorello La Guardia … to handle ceremonial events that the mayor was too busy to attend.”) Second, there are currently five deputy mayors. While they do have duties far weightier than they did in La Guardia’s day, they’re more akin to cabinet secretaries. They do get paid a lot more than members of Congress, though: The current first deputy earns $291,000, compared to Suozzi’s current salary of $174,000.

Suozzi has also been considering a bid for governor and told reporters earlier this month that he’d decide by the end of November.

ILLINOIS THIRTEENTH CD. Sen. Dick Durbin has endorsed former Biden administration official Nikki Budzinski in the Democratic primary for this new downstate Illinois seat, which stretches from East St. Louis northeast through Springfield to the college towns of Champaign and Urbana. Budzinski ended September with a wide $395,000 to $40,000 cash-on-hand lead over her only intra-party foe, financial planner David Palmer.

Both Budzinski and Palmer launched their campaigns earlier this year in a very different district than the one they’re seeking now. The two Democrats were campaigning against Republican Rep. Rodney Davis in a 13th Congressional District that backed Donald Trump 51-47, but the new Democratic map created a seat that instead supported Joe Biden 54-43.

Davis, for his part, could campaign in the new and safely red 15th District, but he could face a tough primary after years of presenting himself as a moderate. The congressman, who also hasn’t ruled out a bid against Democratic Gov. J.B. Pritzker, said in late October that he’d “make a formal announcement on his 2022 plans” after Pritzker signs the redistricting bill into law, something that still hasn’t happened after more than three weeks.

ILLINOIS SIXTH CD. Orland Park Mayor Keith Pekau has announced that he’ll seek the Republican nomination in this 55-44 Biden district in the Chicago suburbs. The main event in this constituency is the June Democratic primary between Reps. Sean Casten and Marie Newman.

Rep. Adam Kinzinger (R-IL) said he sees himself as “the only candidate” capable of defeating Illinois Gov. J.B. Pritzker (D) in next year’s election, The Hill reports.

Cook Political Report: “Heading into Thanksgiving, new congressional maps have either passed or are awaiting signature in 20 states — almost half of the 44 states with two or more seats. And although Republicans are poised for modest mapping gains, the most dramatic trend is anti-competitive.”