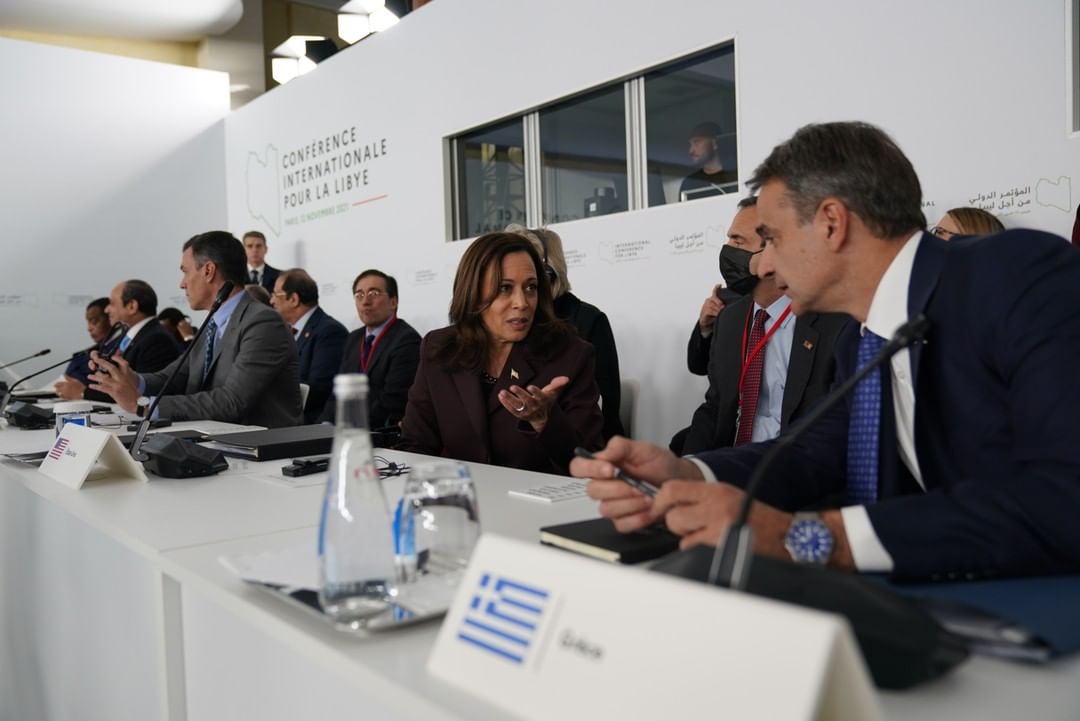 Karl Rove: “So how many House seats could the GOP pick up? Political scientist John Petrocik suggests Republicans should temper their expectations. Even with favorable redistricting, it’s unlikely the GOP will match its 2010 gain of 63 seats. There are only 44 House Democrats who won by 10 points or less—which likely means they’re vulnerable, given the shift toward Republicans in Virginia and New Jersey.”

“It helps that Republicans already gained 13 seats in 2020, one of only eight instances since World War II when the party losing the presidential race added House seats. Since 1945, the party in the White House has lost an average of 30 House seats in midterms. That means the GOP could be looking at getting over 230 after 2022 victories if they campaign intelligently. (A majority is 218.) But that’s an important ‘if.’”

“Even with the momentum the GOP has today, 2022 will test the mettle of Republican candidates and the quality of their messages. A surefire way for Republicans to lose otherwise winnable contests is to let them become referendums on Mr. Trump’s claim that he’s the real president.”

The Atlantic: “If Donald Trump tries to run for president again, one of his former campaign advisers has a plan to dissuade him. Anticipating that Trump may not know who Adlai Stevenson was or that he lost two straight presidential elections in the 1950s, this ex-adviser figures he or someone else might need to explain the man’s unhappy fate. They’ll remind Trump that if he were beaten in 2024, he would join Stevenson as one of history’s serial losers.”

Said the person: “I think that would resonate. Trump hates losers.”

“Trump might not listen to his former campaign confidante. But the mere fact that someone who worked to elect Trump the first time is rehearsing arguments to stop a comeback suggests that the former president’s tight grip on the Republican Party may be slipping.”

Rep. Eddie Bernice Johnson (D-TX) announced that she will be retiring once she finishes her current term, the Dallas Morning News reports.

“Federal and state investigators are examining an attempt to breach an Ohio county’s election network that bears striking similarities to an incident in Colorado earlier this year, when government officials helped an outsider gain access to the county voting system in an effort to find fraud,” the Washington Post reports.

“Data obtained in both instances were distributed at an August ‘cyber symposium’ on election fraud hosted by MyPillow executive Mike Lindell, an ally of former president Donald Trump who has spent millions of dollars promoting false claims that the 2020 election was rigged.”

“Former Donald Trump adviser Max Miller appeared to be on a glide path to Congress — but now he’s prepping for a much tougher race,” Politico reports.

“Miller is set to announce Friday evening that he’s running in a new northeastern Ohio district, one that’s much more Democratic-friendly than the red-tinged one he had been running in prior to the state’s redistricting. Under the new lines, Miller is set to compete for a swing district that includes liberal Akron and will be up for grabs in the 2022 midterm election.”

“As the country’s Republican governors met this week, there was an unmistakable air of celebration in the conference rooms and cocktail parties marking their annual postelection conference. Gov.-elect Glenn Youngkin of Virginia was swarmed with well wishers and favor seekers who believed his victory in a liberal-leaning state offered the party a road map for next year’s midterm elections,” the New York Times reports.

“Out of earshot of the reporters and donors congregating amid the palm trees and cactuses of the Arizona Biltmore resort, however, a more sober, less triumphant and all-too-familiar conversation was taking place among the governors: What could be done about Donald Trump?”

“Ohio Gov. Mike DeWine (R) signed into law a map of new congressional districts on Saturday that will be in effect for the next four years, despite objections from Democrats and voting rights groups,” the AP reports.

“Democrats blasted the Republican-led mapmaking process as unfair, partisan and cloaked in secrecy. The Senate approved the bill Tuesday, only about 16 hours after the new map was released.”

A day after Rep. Paul Gosar (R-AZ) was censured by the House and stripped of his committee assignments, former President Donald Trump issued a statement giving the Arizona congressman his “Complete and Total Endorsement!”  It’s worth noting that Gosar doesn’t even have a competitive race.

“Yes, some of the most apocalyptic redistricting predictions of recent years have been found wanting — many Democrats said they’d never win the House again until they got new maps after 2020; then along came Donald Trump. But the last decade of election results shows just how powerfully redistricting shapes the House of Representatives, especially when the parties control the process through their representatives in state legislatures, who can work in concert with incumbents in Washington to draw favorable maps.”

New York Times: “Partisan gerrymandering is as old as the republic, but good-government experts thought they had hit on a solution with independent commissions, advisory groups and outside panels. Taking the map-drawing process out of the hands of lawmakers under pressure to win elections, the thinking went, would make American democracy more fair.”

“But as this year’s once-in-a-decade redistricting process descends into trench warfare, both Republicans and Democrats have been throwing grenades at the independent experts caught in the middle.”

The Hill: “In marquee Senate races in Pennsylvania, Georgia and North Carolina, the former president’s endorsement has proved far from the field-clearer many expected it would be, and candidates running against Trump-backed Republicans in primaries are going on offense to try to offset their opponents’ advantage.”

“To be sure, the former president still wields significant sway over the GOP grassroots, and his endorsement is far and away the most coveted of any in Republican politics. Yet candidates with enough of a platform of their own who are running without his support are finding ways to maintain their footing against an onslaught from Trump’s allies — and at times flawed opponents.”

“The Democratic Congressional Campaign Committee is launching a new, multimillion-dollar effort to engage and mobilize voters of color ahead of the midterm elections, including investments in local organizing and a seven-figure research and polling effort,” NPR reports.

“The plan, the details of which were shared first with NPR, includes an initial $30 million investment to hire local community organizers, launch targeted advertising campaigns aimed at nonwhite communities, as well as building voter protection and education programs. The committee is also working to combat disinformation efforts that are specifically focused on voters of color.”

“The group, the Sixteen Thirty Fund, financed attack ads against Trump and vulnerable Republican senators and funded massive get-out-the-vote and issue advocacy campaigns amid the coronavirus pandemic, as detailed in a new tax filing… It exploded in size during the Trump administration, going from a few tens of millions of dollars per year to raising and spending hundreds of millions.”

“The group, the Sixteen Thirty Fund, financed attack ads against Trump and vulnerable Republican senators and funded massive get-out-the-vote and issue advocacy campaigns amid the coronavirus pandemic, as detailed in a new tax filing… It exploded in size during the Trump administration, going from a few tens of millions of dollars per year to raising and spending hundreds of millions.”