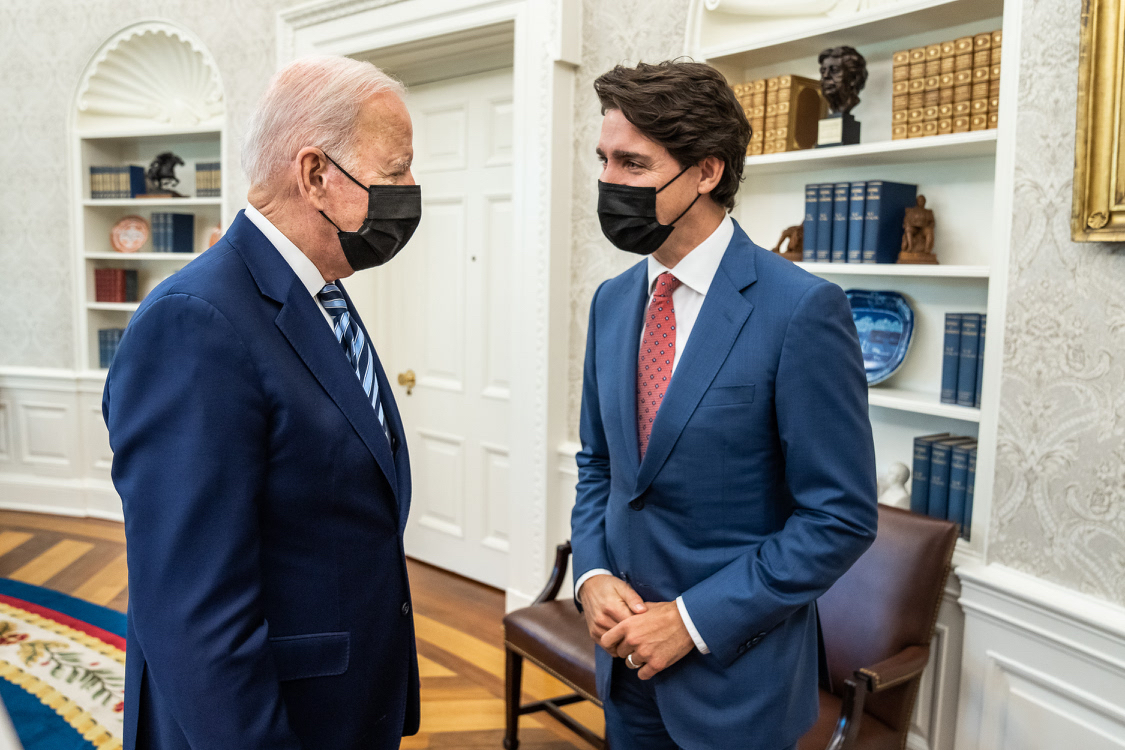 Adam Serwer: “The United States is a nation awash in firearms, and gun owners are a powerful and politically active constituency. In state after state, they have helped elect politicians who, in turn, have created a permissive legal regime for the carry and use of firearms, rules that go far beyond how courts originally understood the concept of self-defense.”

“These laws have made it difficult to convict any gun owner who knowingly puts themselves in circumstances where they are likely to use their weapon—that is, anyone who goes looking for a fight. It should come as no surprise then, that Kyle Rittenhouse was acquitted of all charges after shooting three men in Kenosha, Wisconsin, in 2020, killing two of them.”

“Four days before Kyle Rittenhouse was acquitted of murder, the judge in his case tossed out a charge: illegal possession of the military-style semiautomatic rifle he used to kill two people,” the New York Times reports.

“The withdrawal of the misdemeanor charge, which carried a maximum sentence of less than a year, was a footnote in a much bigger drama. Yet it was a telling reminder that the Rittenhouse case, in addition to examining the polarizing issues of race and the right to self-defense in the country, highlighted the growing proliferation of guns on America’s streets and the failure of efforts to enact even modest new gun restrictions.”

Former President Donald Trump told his former White House trade adviser to defy a House committee that subpoenaed him in a probe into the Trump administration’s response to the Covid-19 pandemic, Bloomberg reports.

“North Carolina Lt. Gov. Mark Robinson again made disparaging remarks about LGBTQ+ people, this time at a Winston-Salem church, according to a video of the sermon made on Sunday,” the Raleigh News and Observer reports.

“Robinson, a Republican who is expected to run for governor in 2024, questioned the ‘purpose’ of being gay; said heterosexual couples are ‘superior to gay couples; and that he didn’t want to explain to his grandchildren why two men are kissing if they see that on television.”

Stat: “In Idaho, a lawmaker introduced a bill that would define vaccine mandates — of any kind — as a form of assault. In Florida, a prominent state senator has called for a review of all vaccine requirements, including those for immunizations that have enjoyed wide public acceptance for decades, like polio and the measles, mumps, and rubella shot. And in Montana, the Republican governor recently signed into law a new bill that forbids businesses, including hospitals, from enforcing any vaccination requirements as a condition of employment.”

“Nebraska logged the lowest unemployment rate of any state on record in October, reflecting the acute labor shortages that have quickly swept across the nation amid an economic recovery that is without parallel,” the Wall Street Journal reports.

“Nebraska’s unemployment rate ticked down to 1.9% last month, well below the national jobless rate of 4.6% and the lowest for state records tracing back to 1976.”

“Austria on Friday became the first country in Europe to say it would mandate that its whole population be vaccinated against coronavirus as it reimposed a nationwide lockdown to battle a surge in cases,” the Washington Post reports.

New York Times: “The extraordinary measure by Austria, which only days ago separated itself from the rest of Europe by introducing a lockdown for the unvaccinated, who are driving a surge of infections, made for another alarming statement about the severity of the fourth wave of the virus in Europe, now the epicenter of the pandemic.”

“But it also showed that increasingly desperate governments are losing their patience with vaccine skeptics and shifting from voluntary to obligatory measures to promote vaccinations and beat back a virus that shows no sign of waning, rattling global markets at the prospect that still tentative economic recoveries will be undone.”

“Two alleged Iranian hackers were indicted by the U.S. Justice Department Thursday and accused of engaging in a hacking and disinformation campaign targeting American voters in the run-up to the 2020 U.S. presidential election,” the Washington Post reports.

“California will have so much money next year that state officials will likely have to give some of it back to taxpayers to meet constitutional limits on state spending,” the AP reports.

“Bill Richardson’s success in helping secure journalist Danny Fenster’s release from a Myanmar prison is the latest demonstration of the former New Mexico governor’s knack for flying into some of the most closed societies on earth and persuading those in charge to do Washington a favor,” the AP reports. “From Iraq to Sudan to North Korea, Richardson has repeatedly proven willing to talk with dictators, military juntas and reclusive strongmen — forging relationships with notorious regimes outside formal diplomatic channels.”

Washington Post: “The continuing turmoil in the House GOP conference over how and whether to punish members who back anything supported by Democrats shows how an emboldened group of far-right House members is gaining influence over the Republican Party in Congress. These representatives are positioning themselves to further purify the House GOP conference as a branch of Trump’s ‘Make America Great Again’ movement.”

Said Suozzi: “I am very flattered that the mayor-elect would like me to help him in a big way to tackle the challenges in New York City. It’s a testament to our great friendship and his confidence that I know how to help run a big government, get things done and solve problems. Lots to think about over Thanksgiving.”