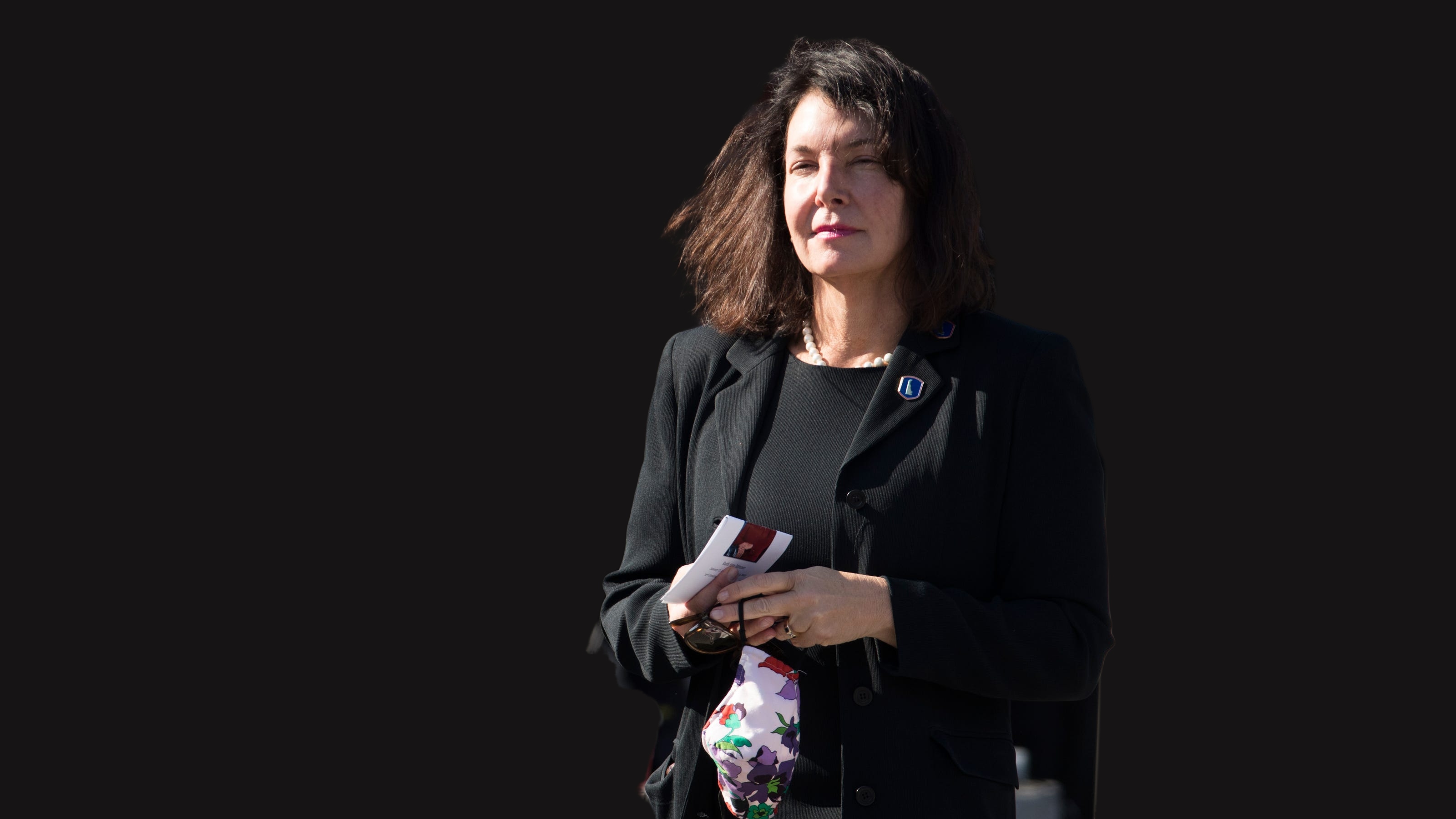 First, indicted Republican Auditor Kathy McGuiness’ trial will take place in May 2022. She has pled not guilty on the felony counts of theft and witness intimidation, and misdemeanor charges of official misconduct, conflict of interest and noncompliance with state procurement laws.

Second, this is just brilliant by the both of them:

Third, the leaders of the Delaware General Assembly House and Senate announced that a review of its options regarding the removal of McGuiness will take place in time for the resumption of the session in January 2022. This review and research will be led by or under the supervision of former Supreme Court Justice Randy J. Holland.

Why the General Assembly is gun shy on actually using its eplicit power is because it has never been done before in Delaware history. So like most politicians, they want legal cover before they go ahead and do what they are clearly authorized to do. Article III, Section 13 of the Delaware Constitution permits the General Assembly to petition the Governor to remove an elected official from office “for any reasonable cause.”

Back on November 1, the Senate passed a concurrent resolution asking the Delaware Supreme Court for advisory opinion on five key points of the Constitutional provisions on removal.  Rather than vote on that measure, the House passed a concurrent resolution of its own that also sought a Supreme Court advisory opinion. The House version also would have given the justices a six-week deadline to release that opinion, while convening a joint meeting of the House and Senate Judiciary Committees to determine a process for moving forward with or without the Court’s opinion.

Rather than either chamber passing the other’s resolution, an agreement was reached outside the formal legislative process to resolve the matter. Over the coming weeks, Senate and House leadership – with assistance from Judiciary Committee members – will prepare findings and recommendations with the guidance of special advisor Former Justice Holland.

“While neither resolution received a final vote, what became abundantly clear on Nov. 1 was that Democratic legislators overwhelmingly agree we need to quickly come to an understanding of the Constitutional options at our disposal and how removal proceedings might work across both chambers,” said Senate President Pro Tempore Dave Sokola, D- Newark. “The solution we are announcing today will put us in a position to act appropriately when the legislature returns in January.”

“Justice Holland has an impeccable reputation and his record of service on the Delaware Supreme Court is without compare. I thank him for graciously agreeing to assist us in this matter,” said Speaker of the House Pete Schwartzkopf. “No one knows more about the Delaware Constitution and its interpretation than Justice Holland and I have full faith in his ability to provide us with the best possible legal analysis and advice when it comes to this unprecedented issue.”

“The provisions of the Delaware Constitution related to removing an elected official from office have serious legal ramifications,” former Justice Holland said. “I understand the gravity of what is being asked of me, and I am prepared to work impartially with the legislature to help forge a better understanding of case law, and the legislative record so the General Assembly has the information needed to make an informed decision about its path forward.”

Recognizing the potential conflicts of interest that will likely arise if the Auditor continues to actively serve in her elected financial watchdog role while facing criminal charges related to alleged abuses of those powers, leadership of both the House and Senate have repeatedly called for Auditor McGuiness to take a voluntary leave of absence while her legal case is pending, a request they reiterated last week.  Like the Trump Republican that she is, Auditor McGuiness has rejected those requests through her attorney.