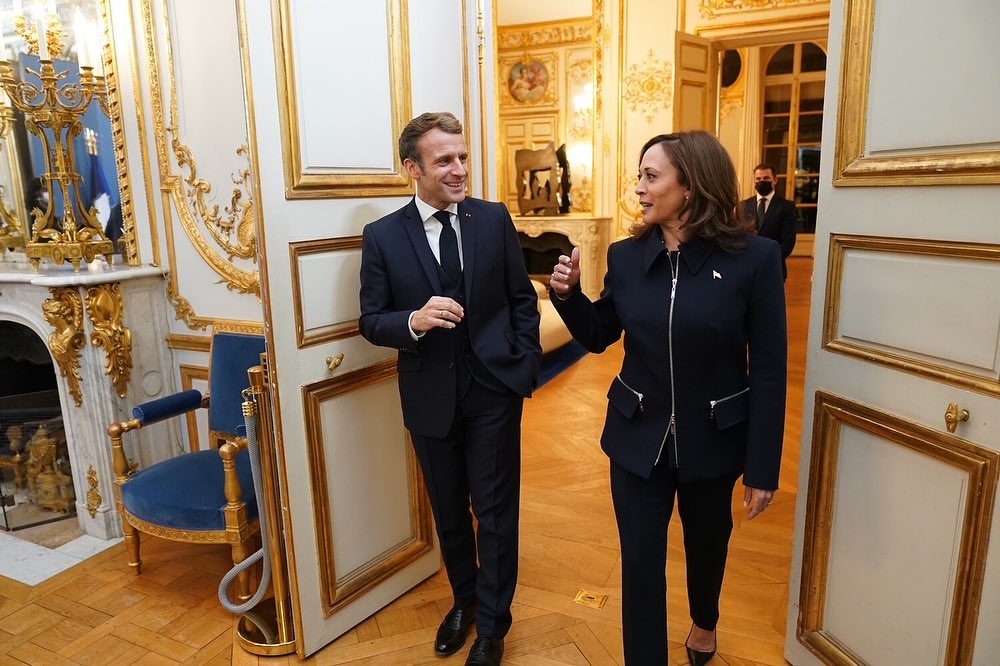 Nathan Gonzales: “A look back at political analysis over the last couple of decades shows that, even a year out from the election, it’s possible to accurately identify the direction of an election cycle, even if the magnitude or specifics are unclear.”

“That’s great news for Republicans, who are looking at anything from a good to a great 2022 considering the positive historical trend of midterm elections for the party out of the White House and the current political environment. And it’s bad news for Democrats hoping for a dramatic rebound next year.”

Kyle Kondik: “When parties have bucked the midterm history, they’ve sometimes had an unusually good development emerge in their favor. If there is any lesson from last week’s results, it is that the circumstances were ordinary, not extraordinary. If they remain so, the Democratic outlook for next year — as it so often is for the presidential party in a midterm election — could be bleak.”

NBC News: “With one-third of the Senate up for grabs next year and a handful of competitive states likely to decide control, Democrats are looking for any advantage as they try to defend their majority. They’ve been getting some help recently from Republicans.”

“From New England to Arizona, Republicans are struggling to land top-tier recruits even as the deteriorating political climate for Democrats puts them in a strong position to win back the chamber. Party operatives find themselves having to keep a close eye on several Senate hopefuls they see as unelectable, a familiar problem for the GOP.”

“Republican megadonor Miriam Adelson — the widow of casino mogul and longtime GOP kingmaker Sheldon Adelson — is staging a return to politics, positioning herself to be a force in the 2022 midterms and beyond,” Politico  reports.

“Adelson, who with her husband formed the Republican Party’s most powerful donor couple for the last decade, quietly held meetings in her Las Vegas home with a select group of GOP leaders and potential 2024 presidential candidates in the last few days. It represents a coming out for the 75-year-old Adelson, who has kept a low political profile since her husband’s death in January, turning down requests for sit-downs with candidates and keeping her multibillion-dollar checkbook shut.”

Republican billionaire Ken Langone told CNBC that he is going to hold “one of the biggest fundraisers” he’s had for Sen. Joe Manchin (D-WV).  Said Langone: “Thank God for Joe Manchin. The guy’s got guts and courage, and he did what he had to do and he’ll continue to do what he has to do.”

“Yet none of it rated news coverage, even after Durr, a commercial truck driver who had never held office, became the Republican nominee for New Jersey’s third legislative district in April. According to a search of the Nexis database, which catalogues thousands of news sources, there were no published or broadcast reports about Durr’s posts in the six months leading up to Election Day.”

“Midterm ad campaigns are already pumping millions of dollars into efforts to define next year’s key policy fights, not even a week after Election Day,” Axios reports.

TEXAS FIFTEENTH CD. Republican Monica De La Cruz, who is running for Texas’ open 15th Congressional District, was accused of physically and verbally abusing her 14-year-old stepdaughter in documents filed last month by her husband as part of the couple’s divorce proceedings. In a petition to the court, Johnny Hernandez alleged that De La Cruz had once pinched his daughter, whom he says has struggled with mental health issues, to force her to stop crying. He also says that De La Cruz threatened to divorce him “if he brought the child, who has at times been hospitalized, back to live at their home.” De La Cruz, who has House Minority Leader Kevin McCarthy’s endorsement, called the accusations “false.”

NEW JERSEY FIFTH CD. Marine veteran Nick De Gregorio said Wednesday that he’d seek the Republican nod to take on Democratic Rep. Josh Gottheimer in what is currently a competitive North Jersey seat. De Gregorio has not run for office before, though the New Jersey Globe wrote back in June that he was being advised by prominent consultant Chris Russell and had ties to state GOP chair Bob Hugin.

IOWA FIRST and THIRD CD. Republican Rep. Mariannette Miller-Meeks announced Wednesday that she would run for the new 1st District, which contains the vast majority of her current 2nd District. Miller-Meeks’ home of Wapello County was moved to the 3rd District, and the congresswoman has not yet said if she’ll be moving.

MICHIGAN EIGHTH CD. Former Republican Rep. Mike Bishop told The Hill this week that he was considering a comeback bid, though he added that he was waiting for the state’s redistricting commission to complete its work before deciding.

Bishop lost a very expensive 2018 race to Democrat Elissa Slotkin 51-47, but a new map could forestall a rematch even if they both ran in 2022. Last month, MIRS’ Kyle Melinn reported that Slotkin was likely to run for a seat based around Lansing’s Ingham County, while Bishop said he would likely campaign for a district containing Macomb and Oakland counties in the Detroit suburbs.

NORTH CAROLINA FOURTH CD. This week, former Fayetteville Mayor Nat Robertson became the first notable Republican to announce a campaign for the new 4th District, an open seat that, according to data from Dave’s Redistricting App, favored Donald Trump 53-46. Robertson was last on the ballot in 2017 when he lost his bid for a third term to Democrat Mitch Colvin by a lopsided 59-41 margin.

Rep. Adam Kinzinger (R-IL) told Rolling Stone that Republican campaign tactics that utilize “fear and darkness” may help them win in next year’s midterm elections, but will ultimately destroy the party.  Said Kinzinger: “I think in the short term, stoking division, using the fear and darkness, will win the midterms in 2022. In the long term, this will destroy the GOP. Or it will destroy the country, because this is an unsustainable path.”

MICHIGAN THIRTEENTH CD. State Rep. Shri Thanedar said on Monday he’s considering a bid for Michigan’s 13th Congressional District, which is currently held by Democratic Rep. Rashida Tlaib. Thanedar, however, didn’t indicate he has any beef with the congresswoman, and redistricting is still underway, so there’s no telling where the next incarnation of the 13th District might end up. That might not matter much to Thanedar, though: After badly losing the 2018 Democratic primary for governor despite spending $10 million of his own money, he moved from Ann Arbor to Detroit and spent another $300,000 to win a safely blue state in the state House.

NORTH CAROLINA THIRTEENTH CD. Former Mecklenburg County Commissioner Karen Bentley has filed paperwork with the FEC for a potential bid for the new 13th District, which went for Donald Trump 60-39.

PENNSYLVANIA SEVENTEENTH CD. Democratic operative Sean Meloy, who previously worked as a campaign staffer for retiring Rep. Mike Doyle, launched a bid for Pennsylvania’s open 17th Congressional District on Monday. Meloy, who is currently an official with the LGBTQ Victory Fund, would be the first gay person to represent the state in Congress. He joins Navy veteran Chris Deluzio in the primary.