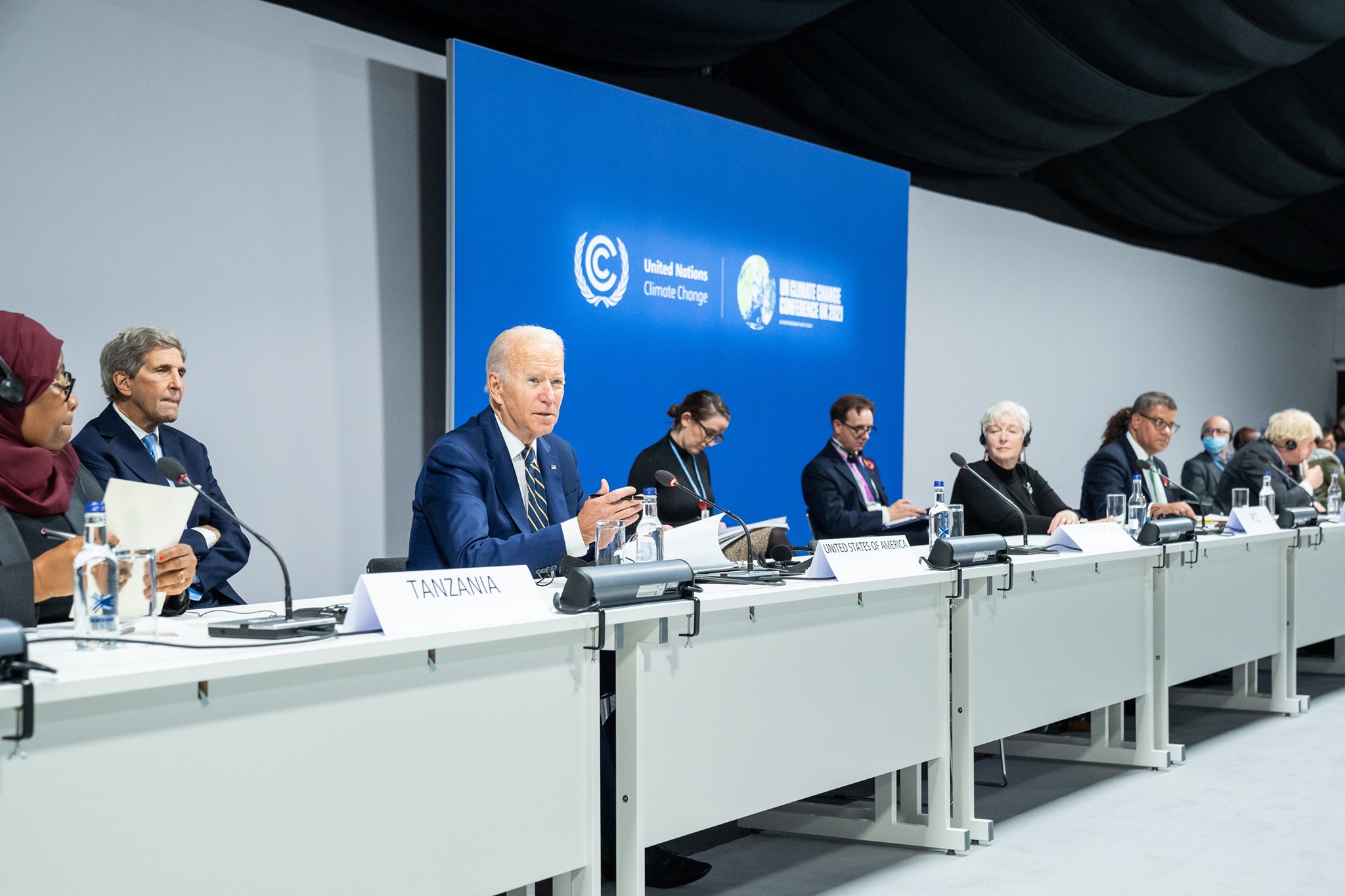 A new Monmouth poll finds that 43% of Republicans oppose the teaching of historical racism in public schools.

A new CNN poll finds Americans say, by 76% to 11%, that Facebook makes society worse, not better.

“That broadly negative appraisal holds across gender, age and racial lines. Even frequent Facebook users — those who report using the site at least several times a week — say 70% to 14% that the social network harms, rather than helps, US society.”

Aaron Blake: A sobering poll on the GOP’s embrace of coronavirus misinformation.

NEW HAMPSHIRE U.S. SENATOR. WMUR reports that wealthy businessman Bill Binnie, who took a distant third in the 2010 Senate Republican primary, is interested in another try, but there’s no word from Binnie himself.

WISCONSIN U.S. SENATOR. When asked once again Wednesday if he’ll be running for re-election, Republican Sen. Ron Johnson said, “It’ll all be revealed in the next few weeks.”

ALABAMA U.S. SENATOR. While Rep. Mo Brooks and his allies have released several polls showing the Trump-backed congressman with a huge Republican primary lead over former Business Council of Alabama head Katie Boyd Britt, Britt’s side has now dropped a pair of surveys giving her the edge.

Cygnal, polling in early November on behalf of the pro-Britt Alabama Conservatives Fund, finds her outpacing Brooks 24-22, with Army veteran Mike Durant in third with 9%. Britt’s campaign has also publicized a TargetPoint Consulting poll that gives her a tiny 31-30 lead against Brooks, with Durant taking a similar 12%.

ARIZONA U.S. SENATOR. Saving Arizona PAC, the group funded with a $10 million donation from billionaire Peter Thiel, has released a poll from Fabrizio Lee arguing that the ad campaign it’s running has had an impact on next year’s GOP primary. The PAC’s endorsed candidate, Thiel Capital chief operating officer Blake Masters, trails state Attorney General Mark Brnovich 26-14, but a previously unreleased August survey had Brnovich ahead by a wider 29-5 spread. Predictably, Saving Arizona’s ads have attacked Brnovich for failing to act on the Big Lie, something Donald Trump himself has of course also whined about.

GEORGIA GOVERNOR. DeKalb County CEO Mike Thurmond indicated on Friday that he might run in next year’s Democratic primary for governor if Stacey Abrams declines to seek a rematch, saying, “I’m always interested. Hope springs eternal in every political heart, but we’ll see what the future brings.” Thurmond, who lost a bid for Senate in 2010 by a 58-39 margin, also made it clear that he’d defer to Abrams, who hasn’t said anything publicly about her plans.

MASSACHUSETTS GOVERNOR. State Attorney General Maura Healey is still weighing a bid for governor, saying on Saturday, “I continue to seriously consider running for governor. And I’ll make a decision soon.” In mid-July, she said she’d “know more by fall” about her plans. Republican Gov. Charlie Baker has likewise refused to offer a specific timetable about whether he’ll seek a third term, saying last week only that he’d decide “soon.”

CONNECTICUT GOVERNOR. Democratic Gov. Ned Lamont confirmed Tuesday that he would seek a second term next year. His move came about a month after Lamont said he hadn’t decided if he’d run for re-election, though there was little indication he was seriously thinking about retiring.

ILLINOIS GOVERNOR. Chicago Cubs co-owner Todd Ricketts said Thursday that he was stepping down as Republican National Committee finance chair with more than a year left on his term, a move that reignited media speculation that the ultra-wealthy businessman could campaign for governor. Back in December, Politico reported that Ricketts was ​​not “ruling out a run” against Democratic incumbent J.B. Pritzker, but we’ve heard nothing new since then.

LOUISIANA GOVERNOR. Democratic incumbent John Bel Edwards will be termed-out of office in two years, and LaPolitics Weekly’s Jeremy Alford takes a look at the many Republicans who could compete in the 2023 all-party primary to succeed the governor in this very red state.

Political observers have long anticipated that Lt. Gov. Billy Nungesser and Attorney General Jeff Landry will each run, and recent events have only intensified that speculation. Last month, Nungesser confirmed his interest and said that “we’ll make a decision sometime next year.” Days later, one of Landry’s top aides, Liz Murrill, filed paperwork to campaign for attorney general, and her team added that she “plans to run and she intends to run if Jeff Landry does not run for re-election.” Landry himself soon used his appearance at a party meeting to make it clear he was mulling a run for governor.

Nungesser and Landry are two of the most prominent Republicans in Pelican State politics, but they would likely run very different campaigns if they both got in. Landry, an ultra-conservative who has advised employees how they can avoid COVID vaccination requirements, was one of several prominent Republicans who led the drive earlier this year to do away with the all-party primary system and replace it with a traditional partisan primary.

Nungesser, however, successfully fought to keep the status quo in place, arguing the proposed change would produce “extreme candidates.” The lieutenant governor has been willing to work with Edwards at times, and he’d almost certainly be better positioned to pick up Democratic voters if he and Landry both advanced to an all-GOP general election.

That Nungesser-Landry duel is far from a certainty though, especially since plenty of other Republicans could also get in. State Treasurer John Schroder said back in May that he was thinking about seeking the governor’s office, while state Sen. Rick Ward himself expressed interest in October. State Rep. Richard Nelson also added his name to the list just last week, telling Alford, “The bigger boys have the kind of money that scares people away, but I don’t think the field is settled.”

As for the Democrats, Alford writes, “So far no reliable names have surfaced, but party leaders insist they will have a marketable candidate.” Donald Trump carried Louisiana 58-40, and Edwards is the only Democrat to win statewide in over a decade.

NORTH CAROLINA 7TH CD and U.S. SENATOR. Former Rep. Mark Walker last week told Dallas Woodhouse, the infamous former executive director of the state GOP, that he was considering campaigning to return to the House, though the Republican said he was still going forward with his Senate bid for now. Walker announced his involuntary retirement from the lower chamber in 2019 after court-supervised redistricting left him without a winnable seat to run for, but the GOP’s newest gerrymander may belatedly solve that problem for 2022.

Walker didn’t say which constituency he was interested in, though Woodhouse believes that if he ran anywhere, it would be in the new and open 7th District. This seat, which includes areas between Greensboro and Raleigh, supported Donald Trump 57-41 according to data from Dave’s Redistricting App, and it includes much of the turf held by one of Walker’s Senate primary rivals, Rep. Ted Budd.

Walker, though, wouldn’t have the primary to himself if he made the switch. Law student Bo Hines, a former North Carolina State University football player who announced a bid to succeed Budd in the current 13th District, has made it clear he’s now seeking the new 7th. Hines, who has self-funded part of his campaign, ended September with $371,000 on-hand, though Walker had a larger $613,000 Senate war chest he could use here instead.

State Rep. Jon Hardister also says he’s thinking about running for the House, though Woodhouse added that he “indicated he is unlikely to enter a primary against Walker.”