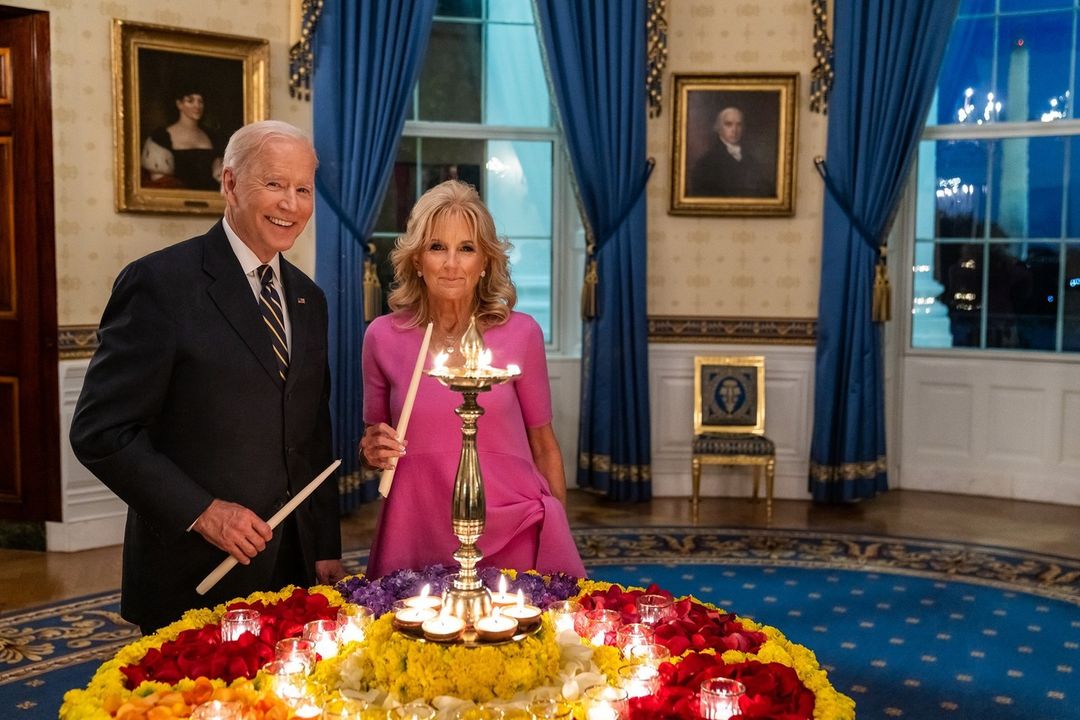 Politico: “Democrats go into the midterm election with one advantage — a favorable map that gives some reason to think the party can hold its miniscule Senate majority next year.”

“But it’s not going to be enough on its own to save them in the current political environment.”

“Not after what Tuesday’s election results revealed. Double-digit swings toward the GOP in races in Virginia and New Jersey last week suggest the seats Democrats narrowly won in recent special elections in Georgia and Arizona will prove difficult to defend, and the Senate playing field could be expanded by the addition of one or more top-tier GOP challengers.”

“I’m done. I’m starting my own party.”  — Donald Trump, quote by ABC News, to RNC chief Ronna McDaniel just after he boarded Air Force One for the last time as president.

Former President Donald Trump told Fox News that he’ll “probably” announce his decision on a 2024 presidential bid after next year’s midterm elections.   Said Trump: “I am certainly thinking about it and we’ll see. I think a lot of people will be very happy, frankly, with the decision, and probably will announce that after the midterms.”

NBC News: Trump looks like he’ll run to reclaim the presidency in 2024.

John Avlon shows how Donald Trump was preparing for the Big Lie for more than a year before the 2020 election.

Sen. Tim Scott (R-SC) — who is often mentioned as a presidential candidate in 2024 — said that he would “of course” support former President Donald Trump if he ran for president again, the Charleston Post and Courier reports.

“Sen. Rick Scott, who heads the group that works to elect Senate Republicans, declined Monday to say whether Sean Parnell, a GOP hopeful in Pennsylvania who has been accused of strangling his wife and abusing his children, is the right candidate for the job,” the Washington Post reports.

Said Scott: “We’ll see who comes out of the primary. Facts will come out. We’ll find out exactly what people think. I think what ultimately happens is people are going to look at somebody’s background and say is that the type of person they want and also are they talking about the issues I care about.”

“Lawyers for Pennsylvania Republican Senate candidate Sean Parnell sought Monday to raise doubts about the accusations against him leveled by his estranged wife, focusing during their cross-examination of her on more positive moments between the couple,” the Philadelphia Inquirer reports.

Despite the wide bipartisan support it received, the map could face a legal challenge. Iowa law requires the drawing of “reasonably compact districts” that are “square, rectangular, or hexagonal in shape, and not irregularly shaped.” As you can see here, though, the new districts are anything but regular.

MONTANA REDISTRICTING. The independent tiebreaker on Montana’s bipartisan redistricting commission voted with Republicans on Thursday to advance the GOP’s proposed congressional map. The plan could still be tweaked before the commission’s Nov. 14 deadline to adopt a final map but is likely very close to final.

The map divides the state into an eastern and a western district, with the latter the more competitive of the two. Compared to the GOP’s initial proposals, the western seat (which would be numbered the 1st) is about a point bluer and would have gone for Donald Trump by a 52-45 margin last year, making it about 3 points redder than Democrats’ preferred plans. The 2nd District, by contrast, would have voted 62-35 for Trump. By and large, the map bears the hallmarks of a nonpartisan plan that doesn’t seek to favor one party over the other.

The state’s lone representative, Republican Matt Rosendale, is certain to seek re-election in the 2nd District, which includes his home in Great Falls. We’ll take a look at the field in the 1st District when the commission completes its work.

WISCONSIN REDISTRICTING. A committee in Wisconsin’s Republican-run state Senate has passed the GOP’s proposed congressional and legislative maps, but they’re certain to be vetoed by Democratic Gov. Tony Evers due to their extreme gerrymandering.

ILLINOIS U.S. SENATOR / GOVERNOR. Republican Rep. Adam Kinzinger, who recently announced his retirement from the House after Illinois Democrats’ new gerrymandered congressional map left him without a plausible district to run in, now says he’s considering bids for Senate or governor and will “probably” decide by early January.

PENNSYLVANIA U.S. SENATOR. Politico reports that wealthy hedge fund manager David McCormick is being recruited to run for Senate by unnamed “prominent Pennsylvania Republicans,” though McCormick himself has yet to comment. McCormick has reportedly told allies he would “invest millions of his own money into the race” should he run, though one problem he currently faces is the fact that he lives in Connecticut.

COLORADO GOVERNOR. A new poll from Democratic pollster Global Strategy Group on behalf of the liberal group ProgressNow Colorado finds Democratic Gov. Jared Polis with a 52-35 lead over University of Colorado Regent Heidi Ganahl, his likely Republican opponent next year. That’s very similar to the 54-34 advantage for Polis that GSG found in June, several months before Ganahl entered the race.

PENNSYLVANIA GOVERNOR. Republican state Sen. Doug Mastriano, a vocal Big Lie proponent who’s been considering a bid for governor, has announced that he’s formed an exploratory committee. He did not, however, offer a timeline for making a decision.

NEW YORK GOVERNOR. Democratic Rep. Tom Suozzi, who previously hadn’t ruled out a bid for governor, now confirms he’s actively considering a campaign and says he’ll decide by the end of the month.

TEXAS GOVERNOR. A new poll from the University of Texas at Austin for the Texas Tribune finds Republican Gov. Greg Abbott leading former Democratic Rep. Beto O’Rourke 46-37 in a hypothetical matchup. The survey, which was conducted online by YouGov, is similar to other polling of this potential race. O’Rourke has been considering a bid for some time but has yet to announce a decision.

FLORIDA TWENTIETH CD. Following a recount, Sheila Cherfilus-McCormick leads Dale Holness 23.76-23.75, a difference of just five votes. The recount for the Democratic primary in this heavily black South Florida district comes after Holness led by nine votes the day after the election. Despite the recount, this race is far from over, as Politico’s Gary Fineout wrote Wednesday military and overseas ballots can be received into next week, in addition to any litigation that could arise due to the airtight nature of this contest.

PENNSYLVANIA EIGHTEENTH CD. Attorney Steve Irwin, a former head of the Pennsylvania Securities Commission (but, so far as we’re aware, no relation to the Crocodile Hunter), has joined the race for Pennsylvania’s 18th Congressional District, which is open because Democratic Rep. Mike Doyle is retiring. The Democratic primary already includes two other notable candidates, law professor Jerry Dickinson and state Rep. Summer Lee. While redistricting has yet to take place, this Pittsburgh-based seat is all but certain to remain safely blue.