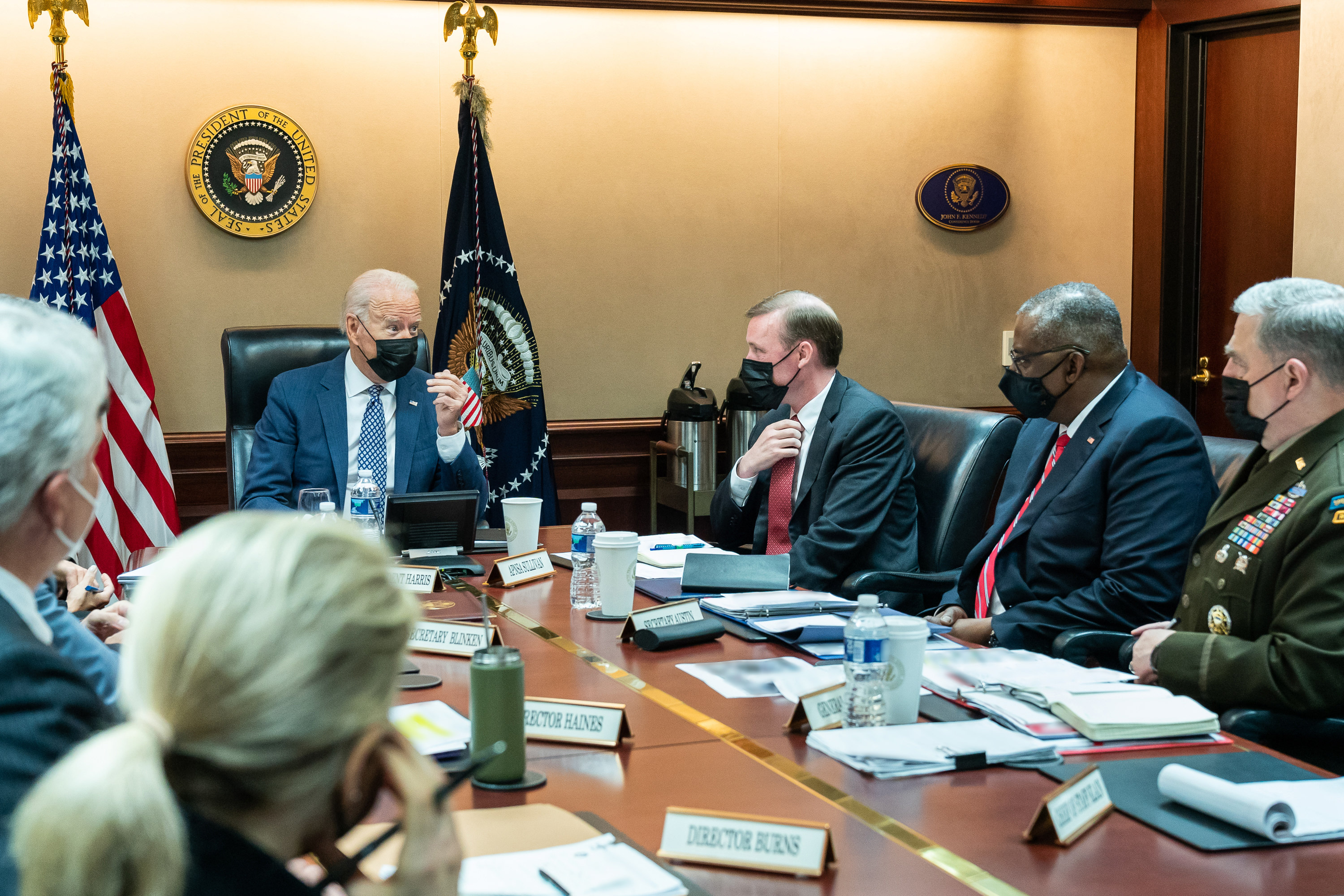 New York Times: “Seeking to bridge the gap between a resolute clutch of balking Democratic moderates and a much larger group of liberals demanding that the president’s $1 trillion infrastructure plan only pass concurrently with his $1.85 trillion social welfare and climate change bill, the Black lawmakers proposed a plan that initially seemed far too timid and convoluted: pass the infrastructure bill immediately, then hold a good-faith procedural vote on the larger bill that would have to suffice before its final vote in mid-November.”

“Ms. Pelosi agreed to the deal and then, tellingly, sent the low-key chairwoman of the Black Caucus, Representative Joyce Beatty of Ohio, out to waiting reporters to tell the world. In effect, the speaker had harnessed one faction of her unruly Democrats to win over two others, and understood that the soft-spoken African American lawmaker might have had more influence at that point than she did.”

“President Joe Biden, just under a year into his presidency, has delivered on a key campaign promise to work across the aisle in order to deliver the largest investment ever in restoring crumbling U.S. roads, bridges and other types of physical infrastructure,” NBC News reports.

“But whether the bill might also shore up the sagging political fortunes of president and his party remained to be seen.”

Washington Post: “The long-sought legislative win came hours after a positive jobs report and encouraging news about an experimental drug to treat covid-19, capping the most topsy-turvy week of Biden’s presidency. On Saturday — after months of absorbing a series of blows that many Democrats felt were largely self-inflicted — Biden at last had something to celebrate.”

Doyle McManus: “Presidents often run into trouble during their first year in office, and some manage to recover. Ronald Reagan took the economy into a deep recession in 1981 and lost 26 House seats the next year, but once the economy recovered he was reelected by a landslide. Bill Clinton presided over a disastrous first year and lost control of Congress in 1994, only to master the art of bipartisan negotiation and win reelection in 1996.”

An Atlanta district attorney “is moving toward convening a special grand jury in her criminal investigation of election interference by the former president and his allies,” the New York Times reports.

The inquiry “is seen by legal experts as potentially perilous for the former president, given the myriad interactions he and his allies had with Georgia officials, most notably Mr. Trump’s January call to Secretary of State Brad Raffensperger, urging him to ‘find 11,780 votes’ — enough to reverse the state’s election result.”

NASCAR repudiated its association with “Let’s go, Brandon,” the political rallying cry being used on social media and at various sporting events as an insult directed at President Joe Biden, USA Today reports.

Said NASCAR president Steve Phelps: “I feel for Brandon. I think unfortunately it speaks to the state of where we are as a country. We do not want to associate ourselves with politics, the left or the right. We obviously have and we’ve always had, as a sport, tremendous respect for the office of the president — no matter who is sitting.”

Rep. Don Bacon (R-NE) told Axios about the choice he faced voting for the bipartisan infrastructure bill last night: “You vote one way, maybe it hurts in the primary. You vote the other way… in my district, it’d hurt me in the general.”

He acknowledged he could face a primary challenger, but he predicted: “I’ll still win.”

“A U.S. federal appeals court issued a stay Saturday freezing the Biden administration’s efforts to require workers at U.S. companies with at least 100 employees be vaccinated against COVID-19 or be tested weekly, citing ‘grave statutory and constitutional’ issues with the rule,” Reuters reports.

A Navy ship named for slain gay rights leader Harvey Milk, who served four years in the Navy before being forced out, was christened and launched in San Diego Bay on Saturday, the AP reports.

“The House select committee investigating the deadly attack on the US Capitol on 6 January is poised to issue subpoenas to top Trump lieutenants involved in attempting to subvert the 2020 election results from a ‘command center’ at the Willard hotel in Washington,” The Guardian reports.

“The subpoenas, which could be issued as soon as next week, reflect the select committee’s interest in events at the hotel just across from the White House, where Donald Trump’s most loyal aides plotted to keep him in office.”

Playbook: “It’s an uncanny likeness — better than any Trump impression we’ve seen — that captures not only his mannerisms and vocal tics, but his jigsaw-like thought pattern as he speaks. Expect to see a lot more of it — and for Trump to notice as 2024 approaches.”

“An explosive-laden drone attacked the residence of Iraqi Prime Minister Mustafa al-Kadhimi in Baghdad early Sunday in what Iraqi security officials said was an assassination attempt, marking an escalation of tensions between the country’s government and Iran-backed militia groups,” the Wall Street Journal reports.

Energy Secretary Jennifer Granholm said that she hopes gas prices will not reach $4 per gallon soon, adding that OPEC is “controlling the agenda,” The Hill reports.

Said Granholm: “Of course, every president is frustrated because they can’t control the price of gasoline because it’s a global market. You can call upon increased supply, which he has done and OPEC is unfortunately controlling the agenda with respect to oil prices. OPEC is a cartel, and it controls over 50 percent of the supply of gasoline.”

“The difficulty conducting a postmortem after an election like last week’s is that the losses were so widespread that it’s hard to pin defeat on any one thing,” Politico reports.

“Democrats were reading Virginia like a Rorschach test. Progressive Democrats saw the election as a rebuke of the corporate wing of the party and Clintonesque Democrats like Terry McAuliffe. Centrists saw it as a revolt against the ‘wokeism’ of the left. For rural Democrats, the election confirmed that Democrats need to focus more on voters outside of cities. For urban Democrats, it confirmed the need for Congress to pass legislation that might appeal to the party’s base.”