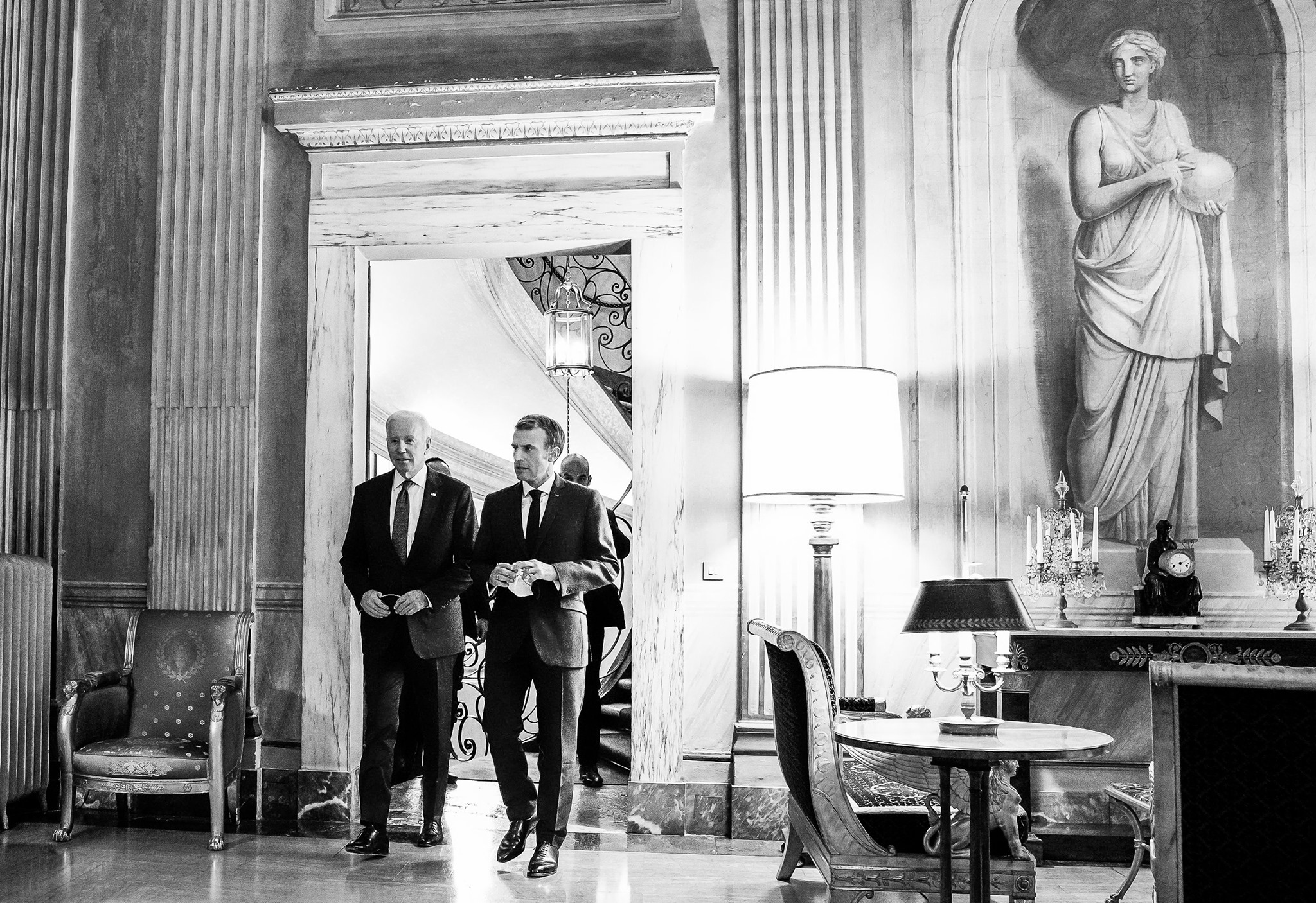 “House Democrats broke a monthslong fever Friday that has imperiled their entire domestic agenda, thanks to a truce from moderates and liberals brokered to advance more than $2 trillion in party priorities,” Politico reports.

Punchbowl News: “Once again, Biden owes a massive debt of gratitude to House Majority Whip Jim Clyburn and the Congressional Black Caucus — the same forces that helped carry him to the presidency. The veteran South Carolina Democrat intervened at a decisive moment and helped convince warring moderates and progressives to come to the table and negotiate.”

“Pelosi spent hours in the Gold Room off the House floor, dialing a list of lawmakers, looking to broker the deal. House Majority Leader Steny Hoyer frequently met with Pelosi. Clyburn had the direct line to the president; he spoke to Biden on Friday evening. Lawmakers in and around leadership cycled in and out of the Gold Room to chat with Pelosi. Reps. Katherine Clark (D-MA), David Cicilline (D-RI) and Jamie Raskin (D-MD) were all in with Pelosi as the leadership tried to wrap this agreement up. This group also shuttled over to the Longworth House Office Building to meet with progressives, helping cinch the deal.”

“I don’t think it’s an exaggeration to suggest that we took a monumental step forward as a nation. We did something long overdue, that has long been talked about in Washington, but never actually done.” — President Biden, quoted by the Washington Post, on the House passing the bipartisan infrastructure bill.

Rep. Pramila Jayapal (D-WA), leader of the Congressional Progressive Caucus, said President Biden “even called her mother in India, though it was unclear why,” the AP reports. Said Jayapal: “This was not to bribe me, this is when it was all done.” The lawmaker said her mother told her she “just kept screaming like a little girl.”

Speaker Nancy Pelosi took questions from reporters as she tried to pass the bipartisan infrastructure bill:

PELOSI: No. Welcome to my world. This is the Democratic Party.

“In Tuesday’s election, Republicans served notice that the clock is ticking on Democrats’ slim majorities in Congress. On Friday, 13 House Republicans delivered the decisive votes to rescue a key part of President Biden’s agenda — an agenda endangered by those in his own party,” the Washington Post reports.

“And some Republicans are predictably furious — with undersold questions about House Minority Leader Kevin McCarthy’s (R-CA) future leadership of the party potentially in the offing.”

New York Times: “Despite many signals that things are improving — the stock market is hitting record highs, hiring is accelerating sharply with 531,000 jobs added in October, workers are earning more, and Covid hospitalizations and deaths are dropping from their autumn peaks — many Americans seem stuck in a pandemic hangover of pessimism.”

“More than 60 percent of voters in opinion surveys say that the country is heading in the wrong direction — a national funk that has pummeled Mr. Biden’s approval ratings and fueled a backlash against Democrats that could cost them control of Congress in next year’s midterm elections.”

“President Biden is ‘perfectly comfortable’ with his administration paying immigrant families to resolve lawsuits alleging they suffered trauma from being separated after illegally crossing the Mexico border, a White House spokeswoman said Thursday, in a bid to clarify Mr. Biden’s comment a day earlier that such payouts weren’t going to happen,” the Wall Street Journal reports.

“The sex-crime case against former Gov. Andrew Cuomo was thrown into doubt on Friday after the Albany County district attorney wrote an extraordinary letter to the court in which he characterized a criminal complaint as ‘potentially defective’ because it did not include a sworn statement by the victim that would allow a prosecution to proceed,” the New York Times reports.

As the South Dakota Legislature prepares to undertake impeachment proceedings against Attorney General Jason Ravnsborg (R), who killed a pedestrian with his car in 2020, a new Mason-Dixon poll shows that 67% of state residents favor removing him from office.

When the undecided respondents are removed, support for removal is even stronger, with 83% of those who have formed an opinion supporting removal.

“A new study of hundreds of white-tailed deer infected with the coronavirus in Iowa has found that the animals probably are contracting the virus from humans, and then rapidly spreading it among one another, according to researchers,” the New York Times reports.

“Scientists said the findings pose worrisome implications for the spread of the coronavirus, although they were not able to identify how the deer might have contracted the virus from humans. There is no evidence that deer have passed the virus back to humans.”

Jonathan Last: “I keep banging on about how anti-democratic redistricting has become, where institutional leverage is used to magnify small majorities (or even small minorities) into distortions so that political power is not meaningfully related to electoral support.”

“Both parties do this. But not in equal measure. And this week, Republicans at the state-level started showing just how far they were willing to go to exert their institutional leverage…”

“Moving towards winner-take-nearly-all defeats the purpose of the House of Representatives. It creates a disconnect between electoral and political power. And it encourages extremism by making party primaries more important than general elections.”

Pennsylvania Gov. Tom Wolf (D) revealed his wife dropped his mail ballot off for him in this week’s election, a violation of Pennsylvania election law, PA Spotlight reports.

Said Wolf: “I didn’t show up in person at the polls. We voted a couple weeks ago, actually. My wife actually dropped it off personally two weeks ago, so it’s there.”

“State law currently prohibits, in most cases, anyone other than the voter from returning a mail ballot, an act punishable by up to one year in prison, a fine of up to $1,000, or both.”

NBC News: “Several corporations that publicly declared their support for legislation strengthening the Voting Rights Act have donated thousands of dollars this year to Republicans who recently blocked the bill in the Senate, a new analysis found.”

“The six-member City Council of Hamtramck will consist of all Muslims starting in January, another historic first for the metro Detroit city known for its sizable immigrant population,” the Detroit Free Press reports.