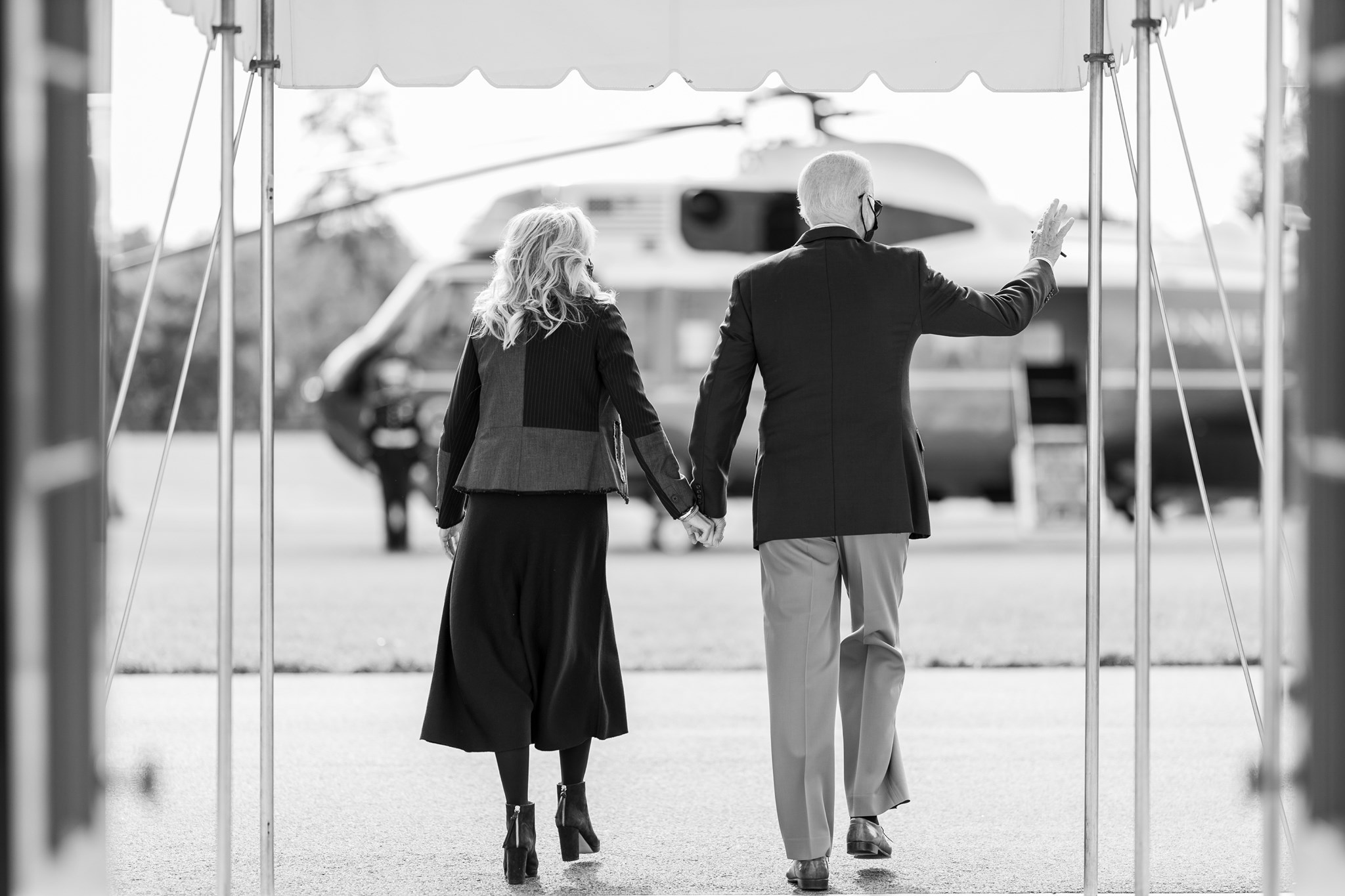 Matthew Yglesias: “Before Tuesday’s elections I warned against overinterpreting the Virginia gubernatorial election as a national bellwether. I stand by that: Governor’s races are the kind of election that shows the least correlation with national politics, and where candidate attributes and issues make the biggest difference.”

“But if you’re a Democrat looking for some good news in the wake of Republican Glenn Youngkin’s triumph over Democrat Terry McAuliffe, I have some bad news: Republicans did well in a bunch of other elections, too.”

David Wasserman: “When midterm elections turn into tsunamis, Virginia and New Jersey sound an alarm a year out. And last night’s results are broadly consistent with a political environment in which Republicans would take back control of the House and Senate in 2022…”

“The question in the months ahead is how many additional Democratic incumbents decide to retire from potentially vulnerable House districts, now that New Jersey and Virginia have made clear to the political world an anti-Biden freight train is approaching.”

At least seven Republicans who attended the Jan. 6 rally to overturn the election that led to the insurrection were elected Tuesday, the HuffPost reports.  “Three were elected to state legislatures, and four won positions at the local level.”

FLORIDA GOVERNOR. “The Democratic Governors Association has no plans to give significant financial help to Florida Democrats as they seek to unseat Gov. Ron DeSantis in 2022, a major setback that will make it harder for challengers to take on the popular Republican,” Politico reports.

“The DGA, which spent more than $15 million in Florida over the past two gubernatorial election cycles, is starting to deprioritize the state and is expected to have a much smaller footprint during the midterms.”

GEORGIA REDISTRICTING. GOP leaders in Georgia’s Republican-run legislature have unveiled draft maps for both chambers that would lock in wide majorities for their party despite the fast-moving demographic and political trends that led to Joe Biden’s victory in the state last year. Lawmakers convened for a special legislative session on Wednesday to take up these plans, as well as a congressional proposal that Republicans released in September.

NORTH CAROLINA REDISTRICTING. North Carolina’s Republican-run legislature passed new congressional and legislative maps on Thursday, meaning they are now law because redistricting plans do not require the governor’s approval under state law. All three are extreme GOP gerrymanders designed to lock the party into power for years to come, despite the state’s perennial tossup status.

With North Carolina gaining a seat due to redistricting, the congressional map would create 10 safely red districts and just three that would be safely blue, with one swing seat currently held by a Democrat that’s been trending hard to the GOP. By comparison, the map used in last year’s elections—which Republicans had to repeatedly redraw thanks to intervention by the courts—sent eight Republicans and five Democrats to D.C.

Below are some of our key take-aways from the new maps:

No state has seen more litigation over redistricting in the past decade than North Carolina, and that’s not going to change: A new lawsuit has already been filed in state court over the legislative maps. The chief attack on maps centers on the fact that Republicans say they ignored racial data in drawing their lines, in contravention of the Voting Rights Act, with Republicans baselessly claiming that the VRA no longer applies. Democrats may also find success in once again challenging the map on the grounds that it engages in impermissible levels of partisan gerrymandering, a practice that state courts ruled violates the state constitution’s guarantee of free and fair elections in 2019.

OHIO REDISTRICTING. Republicans in Ohio’s Senate and House have each released a draft congressional map, both equally extreme. The House version would likely send 13 Republicans and just two Democrats to Congress, while the Senate plan would do the same, albeit with districts configured differently.

New Hampshire’s congressional boundaries have changed remarkably little in the 140 years since the state dropped from three districts to two ahead of the 1882 elections, but the GOP’s plan would impose a dramatically redrawn gerrymander that would shift the 1st from a seat that supported Joe Biden 52-46 to one that backed Donald Trump about 50-48. (The 2nd would become heavily contorted and correspondingly bluer.) The end-goal is to oust sophomore Democratic Rep. Chris Pappas—either at the ballot box, or by convincing him not to seek re-election.

NEW JERSEY STATE SENATE ELECTION RESULTS AND AFTERMATH. Conservative Democrat Steve Sweeney, who has served as president of New Jersey’s Senate since 2010, has lost in a major upset to Republican Edward Durr, a truck driver who reported spending a total of $153 on his campaign. The AP called the race on Thursday morning for Durr, who won by a 52-48 margin. Sweeney, however, has yet to concede, saying he wants to wait until all votes are counted.

Despite the loss, many Democrats—and progressive activists in particular—will be happy to see Sweeney gone, particularly since the party retained control of both chambers of the legislature in Tuesday’s elections. With two races uncalled, Democrats have won 23 seats and Republicans 15 in the Senate, while each party leads in one more district apiece. If those leads hold, that would represent a minimal change from the 25-15 advantage Democrats enjoyed heading into the election. The Assembly remains safely in Democratic hands as well, though with a somewhat reduced majority.

Sweeney has long opposed many progressive priorities, earning the ire of teachers’ unions and repeatedly crossing Democratic Gov. Phil Murphy. But the most salient factor in Sweeney’s defeat is probably that he’s the lone Democratic senator to sit in a district that Donald Trump carried. Trump’s 50-48 margin in the 3rd District was, in fact, quite similar to Durr’s.

But while Sweeney’s collapse may have come as a shock, it’s no surprise that Durr has a history of bigoted postings online—which seem to have only emerged after Election Day. Given the lean of his district, though, none of that may matter to his political future.

NEBRASKA GOVERNOR. Former Republican Gov. Dave Heineman, who previously said he’d “take most of the rest of the summer and the fall” to decide whether he wants to seek his old job, has now pushed his timetable off further, saying he won’t make up his mind until “probably early January.”

TEXAS GOVERNOR. Beto O’Rourke (D) told the Texas Tribune he is still “very seriously” thinking about running for governor. Pressed on his decision-making timeline, O’Rourke only said, repeatedly, that he would make up his mind “in the near future.”

MASSACHUSETTS GOVERNOR. Boston Globe: “The question — and it’s the question in Massachusetts politics — of whether Baker runs in 2022 remains the preeminent force in a race he’s yet to even join, keeping donors sidelined, activists guessing, and worried Democrats game-planning.”

“Baker himself has called the decision a ‘very complicated’ mix of personal and professional considerations, saying this week that he’s weighing, among other things, whether he has ‘something productive and helpful to say’ in what would be his fourth run at the governor’s office after successful runs in 2018 and 2014, and a failed bid to unseat Deval Patrick in 2010.”

TEXAS EIGHTH CD. Lt. Gov. Dan Patrick, whose position as leader of the state Senate makes him one of the far right’s most powerful figures in Texas, has endorsed Navy SEAL veteran Morgan Luttrell in the Republican primary to succeed retiring Rep. Kevin Brady for this safely red seat north of Houston. Luttrell ended September with $665,000 on-hand, which made him the only well-funded contender. Christian Collins, who is Brady’s former campaign manager, announced the next month, though, and he quickly secured the support of Sen. Ted Cruz.

Republican state Rep. Steve Toth, who hadn’t ruled out a bid for Texas’ open 8th Congressional District, has said he’ll seek re-election to the legislature instead.

“Rep. Adam Kinzinger (R-IL) is actively weighing whether to seek his political fortunes in the Senate, the Illinois governor’s mansion or even the White House, despite serious questions about whether there’s any future at all for a Donald Trump critic like him in today’s GOP,” CNN reports.

Said Kinzinger: “It would be very hard. If you’re a Republican here in our state, it’s not easy unless you embrace Trump.”

Muriel Bowser (D) announced that she is running for a third term as mayor of Washington, D.C., The Hill reports.

“The 17-year-old son of Virginia Gov.-elect Glenn Youngkin (R) tried to cast a ballot in Tuesday’s gubernatorial election twice despite being too young to vote,” the Washington Post reports.

Retiring Rep. Anthony Gonzalez (R-OH) has a warning for his fellow Republicans: former President Donald Trump will try to steal the next election, CNN reports.

Said Gonzalez: “I think it’s all pushing towards one of two outcomes: He either wins legitimately, which he may do, or if he loses again, you just try to steal it.”

Nikki Haley once again proposed requiring any politician above a “certain age” in the House, Senate or White House pass “some sort of cognitive test.” She added: “Just like you have to show your tax returns.”