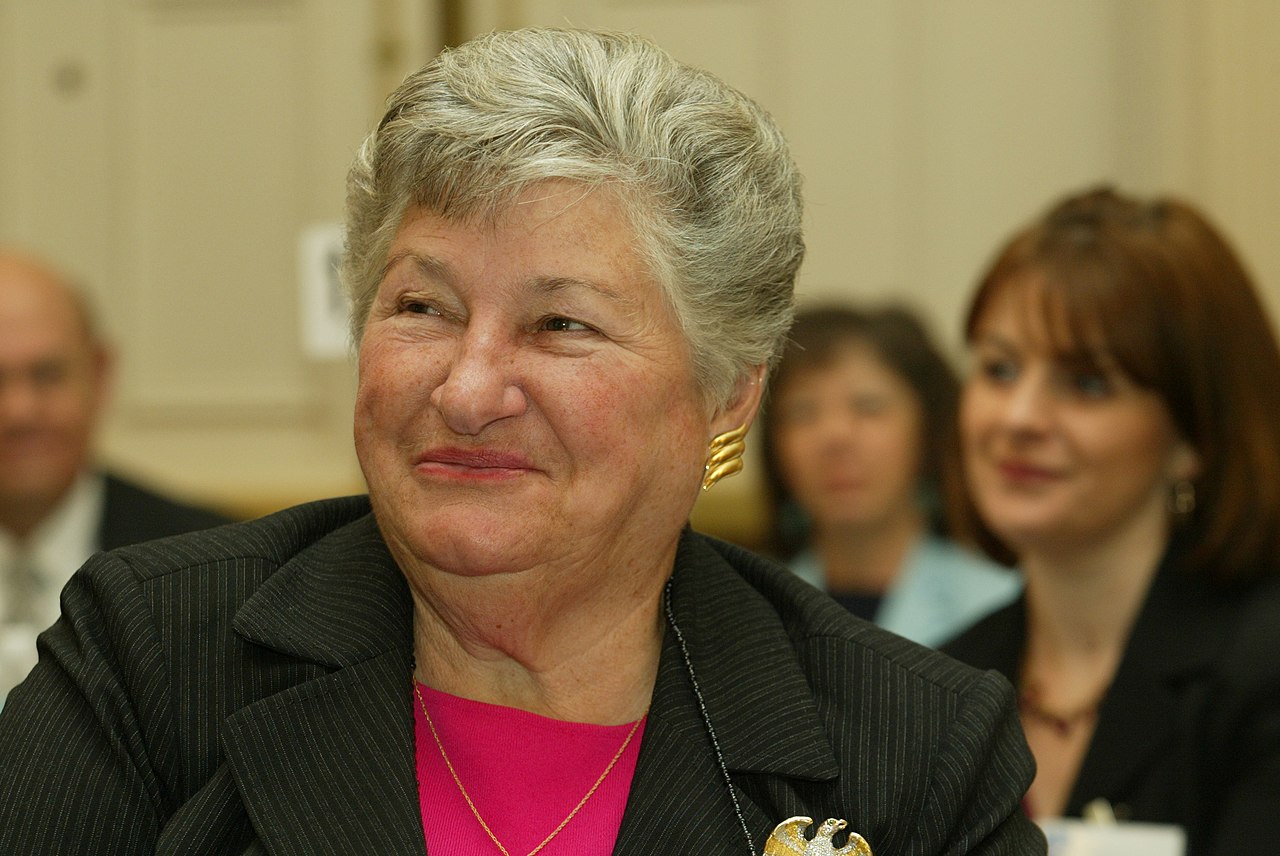 I think Governor Minner holds the record as the state’s longest serving Governor. She served two terms in her own right, which is the most allowed under the Delaware Constitution, and she also served an additional 17 days as Governor from January 3, 2001 to January 20, 2001 after Governor Carper resigned to take a seat he was just elected to in the Senate.

She is perhaps most known for enacting the state’s indoor smoking ban in 2001, making Delaware the second state in the nation to do so. Such a move seems common place now but it was revolutionary and controversial then. She did the right thing regarding the smoking ban amid pretty serious opposition. Songs were written and sung in bars slamming her, titled “Ban Ruth Ann.” In that vein, she did the right and then unpopular thing and stuck to her principles. That’s what you want in a politician.

Governor John Carney, who served as Governor Minner’s Lt. Governor during her time in office, released the following statement:

“Tracey and I learned the sad news today of the passing of former Governor Ruth Ann Minner. I served alongside Governor Minner as her Lieutenant Governor from 2001-2009. She was a leader who had a real common touch. Governor Minner focused on raising up the working families of our state because she knew what it meant to struggle. Having grown up poor in Slaughter Beach, she brought that perspective to her job every day, and she never lost her attachment to those roots.

Governor Minner was also a trailblazer, becoming Delaware’s first female Governor when she was elected in 2000 and paving the way for women and girls in our state to seek out leadership roles. Her path to the Governor’s office was a unique one. Widowed in her early 30s, Governor Minner served as a legislative aide in the General Assembly, and a receptionist to Governor Sherman Tribbitt, before beginning her own political career. She was elected to her first of four terms in the Delaware House of Representatives in 1974. Governor Minner went on to serve three terms in the Delaware Senate, and two as Lieutenant Governor, before winning two terms as Governor.

During her time in office, Governor Minner worked with legislators of both parties to improve health care and fight cancer, strengthen our education system, and attract good jobs to our state. She will be greatly missed. Tracey and I are praying for Governor Minner’s family, and her many friends across our state, during this difficult time.”

“Ruth Ann Minner was a trailblazer in every sense of the word. She led one of the most extraordinary political careers in Delaware history. A twice-widowed mother of three who didn’t finish high school, she worked her way up from a job as a Delaware House attaché to being a two-term governor. While she made history as Delaware’s first female governor, her story of how she got involved in public service is nothing short of inspirational.

“As a widow with young children in the 70s, Ruth Ann was confronted by a law that required her husband to co-sign any loan application. When her local elected official wouldn’t help correct this injustice, Ruth Ann ran for the state House to right the wrong herself for all women. She continued a lifetime of public serve as a state representative, state senator, Delaware’s first female lieutenant governor and ultimately was elected governor in 2000.

“As governor, Ruth Ann championed Delaware’s landmark 2002 Clean Indoor Air Act, as the First State became just the second state to enact an indoor smoking ban that is now commonplace across the country. She led the charge on addressing Delaware’s rising cancer rates and fought to ensure all students have access to full-day kindergarten and math and reading specialists. She was instrumental in establishing the SEED scholarship program that has helped thousands of Delawareans obtain a college degree.

“Governor Minner also championed equal rights, becoming the first governor to support legislation banning discrimination based on sexual orientation. She inspired a generation of young women and girls to reach for heights never before thought possible.

“Those who served with and knew Ruth Ann best admired her work ethic, compassion and dedication. She had a warm heart and a tough resolve, which made her an incredibly effective leader. We are deeply saddened by her passing, and we hope her stories are told so that her memory lives on forever.”

“The passing of former Governor Ruth Ann Minner leaves each of us with a heavy heart today, along with so many Delawareans who knew her, worked alongside her, and were inspired by her truly remarkable story of triumph in the face of adversity.

Ruth Ann Minner left school as a teenager to help out on her family farm. She became a single mother when her first husband passed away suddenly and yet still managed to earn her GED while working two jobs. She built a successful business with her second husband only to be widowed again when he died of cancer. Through sheer perseverance of will, she went from being a receptionist in the Governor’s office to Delaware’s first female governor, a journey she began by winning a seat in the Delaware House specifically to change a banking law that had prevented her from getting a loan without the permission of her husband. Along the way, she also was elected as a state Senator and Lt. Governor.

As governor, she worked to reduce Delaware’s high cancer rates, helped to pass the then-controversial Clean Indoor Air Act to ban smoking in restaurants and bars, helped more than 13,000 Delawareans and counting earn a college degree by signing the SEED scholarship into law, placed reading specialists in every elementary school and math specialists in every middle school, signed full-day kindergarten into law, and fought for common-sense gun safety.

While her story was extraordinary at the time, her leadership would influence a generation of young women in Delaware, an inspiration that helped lead directly to women making up half of the Senate Democratic Caucus today.

Ruth Ann Minner is a vital figure in the history of the First State and will always hold a special place in our hearts. Our thoughts and prayers are with her family.”

“Today we lost one of the most remarkable women our State has ever known: former Governor Ruth Ann Minner.

By the time Ruth Ann Minner broke her second glass ceiling as Governor — she was also our first female Lt. Governor — she had already recorded decades of public service. From the House of Representatives to Woodburn, Ruth Ann witnessed, and in many cases championed, some of our state’s most significant policy advancements. Landmark policies that we take for granted today — including one of the nation’s first indoor smoking bans, full-day kindergarten, and the SEED Scholarship, which has helped more than 13,000 Delaware students access a college education — are there because of her work.

Ruth Ann’s work impacted all of our lives for the better, but above all else I will remember this incredible woman for her strength and her dogged perseverance. It’s difficult for anyone to get by — let alone to get ahead — without independent wealth, an extensive family support network, or an elite education. Ruth Ann succeeded even though she lacked those privileges. She was the daughter of a sharecropper. She left high school at 16 to help support the family farm. At 32 she became a widowed mother of three children; by the time she turned 40, she had earned her GED, become a small business owner, and gone from a receptionist’s desk to a seat in the House of Representatives.

The fact that Ruth Ann not only overcame these challenges, but excelled and made history is a testament to her willpower and her defiance in the face of adversity. Each of us should find inspiration in her story, and I’ll forever be grateful for everything she did for our state. Her family, her former team, and her community are all in my heart.”