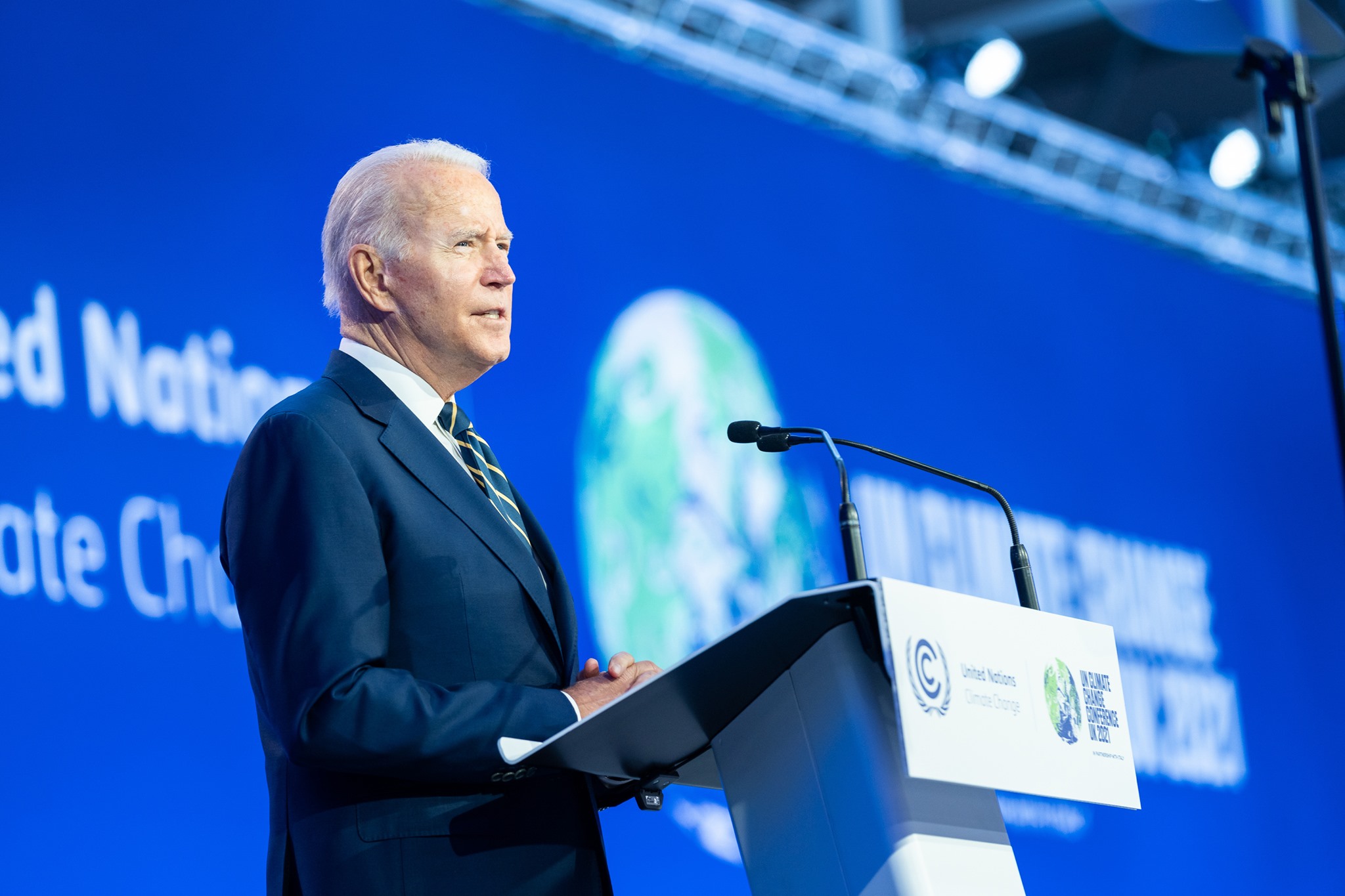 “Democrats reached a deal on Tuesday to add a measure to control prescription drug costs to President Biden’s social safety net plan, agreeing to allow the government to negotiate prices for medications covered by Medicare, as the House moved closer to a vote on the sprawling bill,” the New York Times reports.

“The prescription drug deal is limited. Starting in 2023, negotiations could begin on what Senator Ron Wyden of Oregon called the most expensive drugs — treatments for cancer and rheumatoid arthritis, as well as anticoagulants. Most drugs would still be granted patent exclusivity for five years before negotiations could start, and more advanced drugs, called biologics, would be protected for 12 years.”

Punchbowl News: “We’ve been told by multiple sources involved in the talks that Democrats look like they’re going to go with five full years of SALT deductibility relief. A final decision will be made today. This is very tentative, our sources caution. But it would be a huge win for the pro-SALT repeal members in blue states”

Punchbowl News: “After weeks of saying that they wouldn’t vote for the bipartisan infrastructure bill until they get ironclad assurances that Manchin and Sinema will back the Build Back Better Act, leading House progressives now say they’re ready to vote for both this week. Speaker Nancy Pelosi told her leadership team that the Rules Committee could meet Wednesday on this legislation, signaling a possible floor vote by the end of the week on BBB and the bipartisan infrastructure bill.”

“Progressives, who had been holding the line successfully for weeks, have softened their opposition, in part because they don’t want to be blamed for the continued delay in advancing President Joe Biden’s legislative agenda, especially following last week’s debacle over the bipartisan infrastructure bill.”

Playbook: “Why the sudden change? With a Democratic defeat in Virginia’s gubernatorial race today now looking like a real possibility, nobody wants to be blamed for a loss.”

Ever since Democrats won control of the House in 2018, many predicted the Congressional Progressive Caucus would become an irritant and obstacle for Speaker Nancy Pelosi.

Some thought the group would do to Democrats what the House Freedom Caucus did to Republicans under Speaker John Boehner and advocate for ideological purity above all else.

And for the last few weeks, it seemed like those predictions might come true as the progressives refused to vote for the bipartisan infrastructure bill until they were guaranteed the budget reconciliation bill would also pass the Senate.

Even though House progressives are ideological outliers, what makes them different than the House Freedom Caucus is they’re also pragmatists. They’re actually trying to pass legislation that affects people’s lives.

For weeks, the progressives used whatever political power they thought they had to push for their preferred policies. But when it became clear yesterday that they no longer had leverage, they quickly changed their strategy.

Rep. Pramila Jayapal (D-WA) now says her group “trusts” President Biden to round up the votes in the Senate for the budget reconciliation bill.

It’s probably not going to be that simple, but progressives say they won’t stop Pelosi when she brings up the infrastructure bill as soon as this week.

“Sen. Joe Manchin (D-WV) said he didn’t sign off on a framework for a $1.75 trillion social spending and climate bill before it was released from the White House,” The Hill reports.

Said Manchin: “The White House knew exactly where I stood. There was a couple of concerns that we had that we needed to work through.”

He added: “I’ve been here long enough to know that when you say you signed off on things, you got to keep your word and I’m not going to be a liar or make anyone else a liar so that’s why I hadn’t.”

“You don’t list nominees in committee unless you’re pretty darn sure you have the votes to advance them. And Manchin, who’s made efforts to mend fences with Sanders over the party’s social spending bill, clearly didn’t have his colleague this time.”

Speaker Nancy Pelosi (D-CA) told Democrats in a caucus meeting this morning that she hopes to finish negotiations on the budget reconciliation bill by midday today with a Rules Committee hearing on the legislation tomorrow, Politico reports.

That would mean House could vote on the bipartisan infrastructure bill and/or budget reconciliation bill by Thursday or Friday.

NBC News quotes Pelosi: “I’m not announcing a vote but I do think it could be resolved by the end of the day.”

“I thought it was a missed opportunity. I thought we looked terrible, and we need to make good on this.”  — Speaker Nancy Pelosi, quoted by Politico, to Democrats in a private meeting last night on not voting for the bipartisan infrastructure bill last week.

“The Georgia election official who defied pressure by Donald Trump to “find” votes and overturn his 2020 election loss in the state says the brutal condition of American politics could lead to more protests and violence like the Jan. 6 insurrection by Trump supporters,” USA Today reports.

Said Georgia Secretary of State Brad Raffensperger: “What really bothers me the most is that people are now trying to minimize what happened on January 6. I find that really, highly objectionable … People need to know people did that.”

“Last year the global economy came juddering to a halt. This year it got moving again, only to become stuck in one of history’s biggest traffic jams,” Bloomberg reports.

“New indicators developed by Bloomberg Economics underscore the extremity of the problem, the world’s failure to find a quick fix, and how in some regions the Big Crunch of 2021 is still getting worse.”

“The research quantifies what’s apparent to the naked eye across much of the planet — in supermarkets with empty shelves, ports where ships are backed up far offshore, or car plants where output is held back by a lack of microchips. Looming over all of these: rising price tags on almost everything.”

Walter Shapiro: “The real threat to Senate Democrats lies in the unalterable realities of human mortality. The point is not to be ghoulish but realistic. Container ships from China have been moving faster than congressional negotiations over the Biden reconciliation package. Manchin wrote a memo to Chuck Schumer at the end of July saying that he would not support a spending plan of more than $1.5 trillion. Only now—three months later—are Democrats finally adjusting to the reality that talk of $3.5 trillion in spending was little more than a left-wing air castle.”

“What makes this dilatory pace unfathomable is that Democrats know the disastrous implications of the loss of a single Senate seat in the midst of a legislative battle.”

Said Hawley: “Can we be surprised that after years of being told that they are the problem, that their manhood is the problem, more and more men are withdrawing into the enclave of idleness and pornography and video games?”

QAnon supporters are gathering for an event in Texas at which they falsely believe John F. Kennedy, Jr. will reveal he is not dead and announce a 2024 presidential run with Donald Trump, the Independent reports.

Arizona Senate President Karen Fann (R), who led the push for the 2020 Arizona ballot review, announced that she will retire from the Legislature when her current term ends in January 2023, the Arizona Republic reports.

Former Sen. Rick Santorum (R-PA) is joining Newsmax as a senior political analyst, after he was fired earlier this year from CNN for downplaying Native American genocide, the Daily Beast reports.

She added: “I’m sorry. I know I’m using the word Nazi and everybody gets mad when I say it, but that’s exactly what they are.”

Colorado Gov. Jared Polis (D) warned that surging coronavirus infections among the unvaccinated are bringing the state closer to rationing hospital care “in the next few days,” Bloomberg reports.

Said Polis: “It’s the 20% who haven’t been vaccinated that are filling up our hospital wards. We would have none of these hospital capacity issues, or orders would be operative, if everybody was vaccinated.”

“Tom Barrack’s ex-assistant, who complained that wearing an ankle bracelet interfered with his surfing and tennis, lost his legal bid to remove the GPS tracking device while he awaits trial with his former boss on charges of acting as unregistered foreign agents,” Bloomberg reports.

“Rudy Giuliani is seeking to prevent prosecutors from seeing just three items out of the more than 2,000 items contained on electronic devices seized from him as part of a criminal probe,” CNBC reports.

“The items were contained on seven of the 16 devices seized under search warrants executed at Giuliani’s Manhattan apartment and office in April.”

“China has warned families to store food and other essentials in case of emergencies, as officials drastically tighten restrictions to control a small Covid-19 outbreak,” the Financial Times reports.

“Beijing’s already harsh ‘zero Covid’ policies have grown even stricter as coronavirus cases climb in the country despite targeted lockdowns.”