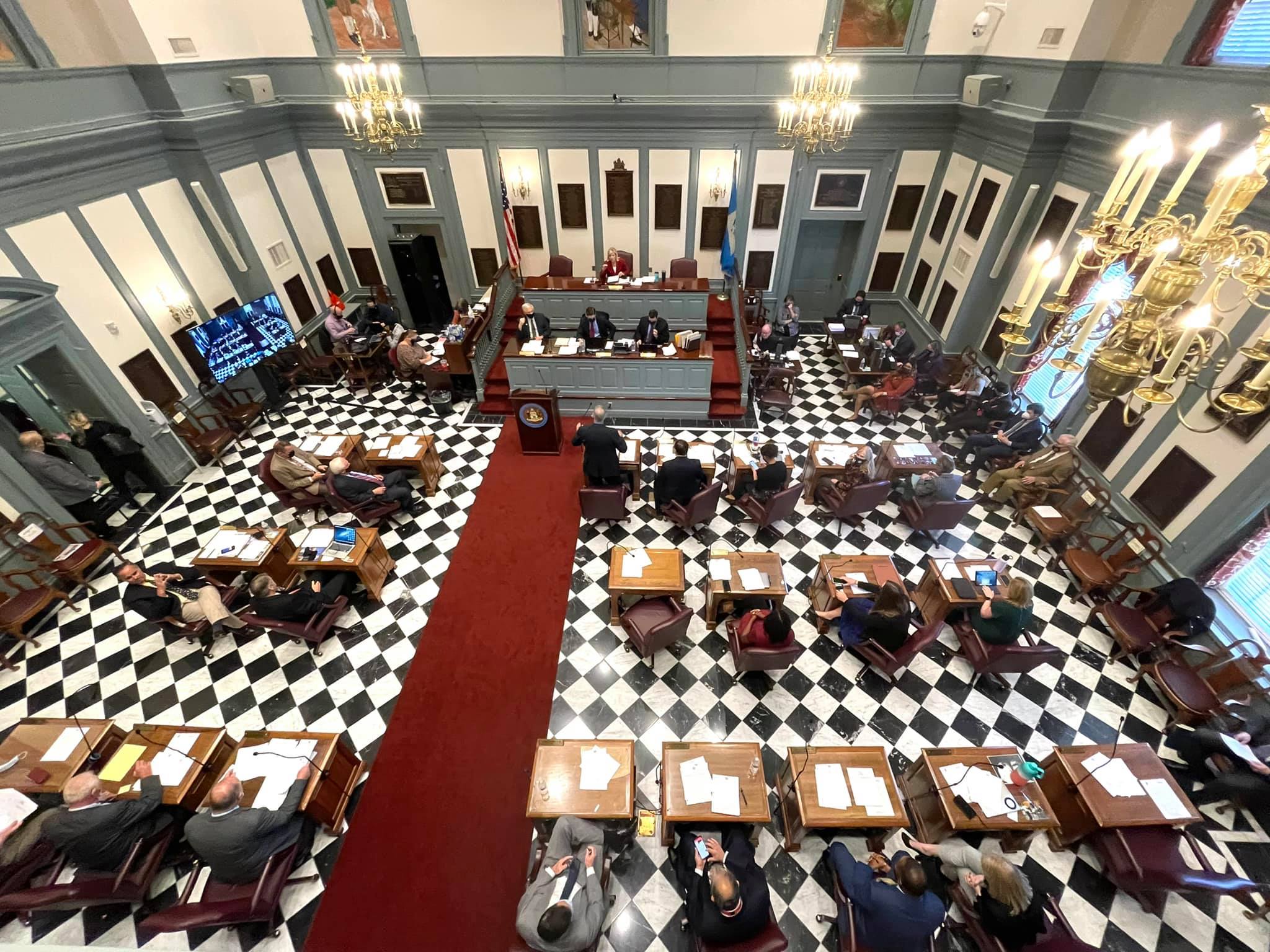 Yesterday, Petitioners, led by State Representatives Madinah Wilson-Anton and Michael Smith, did not have enough votes to pass their petition to call on the governor to remove indicted Auditor Kathy McGuiness under the Delaware Constitution. McGuiness refuses to step down or take a leave of absence while she faces an indictment for alleged abuse of office and fraud.

I am going to stop right there and tell you and the Democratic legislators how assine and politically stupid a decision this is. Ask yourselves this: are you going to enjoy running on the same ticket as an indicted Auditor next year? Every event you appear at you will be standing next to someone who is facing trial for abuse of office and fraud. You will have to constantly answer questions as to whether you support her reelection and her actions, because it would seem that you do support her and her alleged criminal behavior, since you did nothing at all to remove her from office, even temporarily. You can protest all you want, but that is the message you are sending to the electorate, who you will demoralize and then you will lose due to depressed Democratic turnout. All the while McGuiness will attack all the Democrats she can find, because she is a Republican in reality and has no loyalty to you. You all are brilliant political minds.

So they instead decided to consider a Senate Concurrent Resolution, SCR 63, which would ask the Supreme Court for an advisory opinion on how to execute the constitutional provisions that allows the removal of an Executive office holder. Section 13 of Article 3 of the Delaware Constitution allows the General Assembly to petition the governor to remove McGuiness. If two-thirds of members of both chambers approve the resolution, the governor may remove an officer for “any reasonable cause.”

The Senate passed SCR 63 yesterday by a partisan vote of 14-7, with all seven Republican supporting their criminal colleague Kathy McGuiness.

The House, led by McGuiness’ dear friend and sponsor Speaker Pete Schwartzkopf, decided not to pass the Senate Resolution but instead to pass a Resolution of their own, thus guaranteeing that nothing gets done in this special session.

House Concurrent Resolution 42, which passed in the House in a vote 25-8, puts a deadline of December 17 for the state Supreme Court to give lawmakers an advisory opinion on the matter. The House’s resolution also calls on the judiciary committees of both Houses to meet jointly, on or before Dec. 17, to determine a path forward, regardless of whether an advisory opinion is issued. Since the Senate had already adjourned, HCR 42 was not considered by the Senate and nothing passed both chambers, perhaps by design.

Meanwhile, McGuiness will have to pay for her high priced criminal defense attorney out of her own pocket. Judge Jan Jurden denied McGuiness’ request that the public pay for her $550 an hour attorney, stating that she is only entitled to a public defender at a much lower cost of $100 an hour.

After all was done, two more Senators released statements.