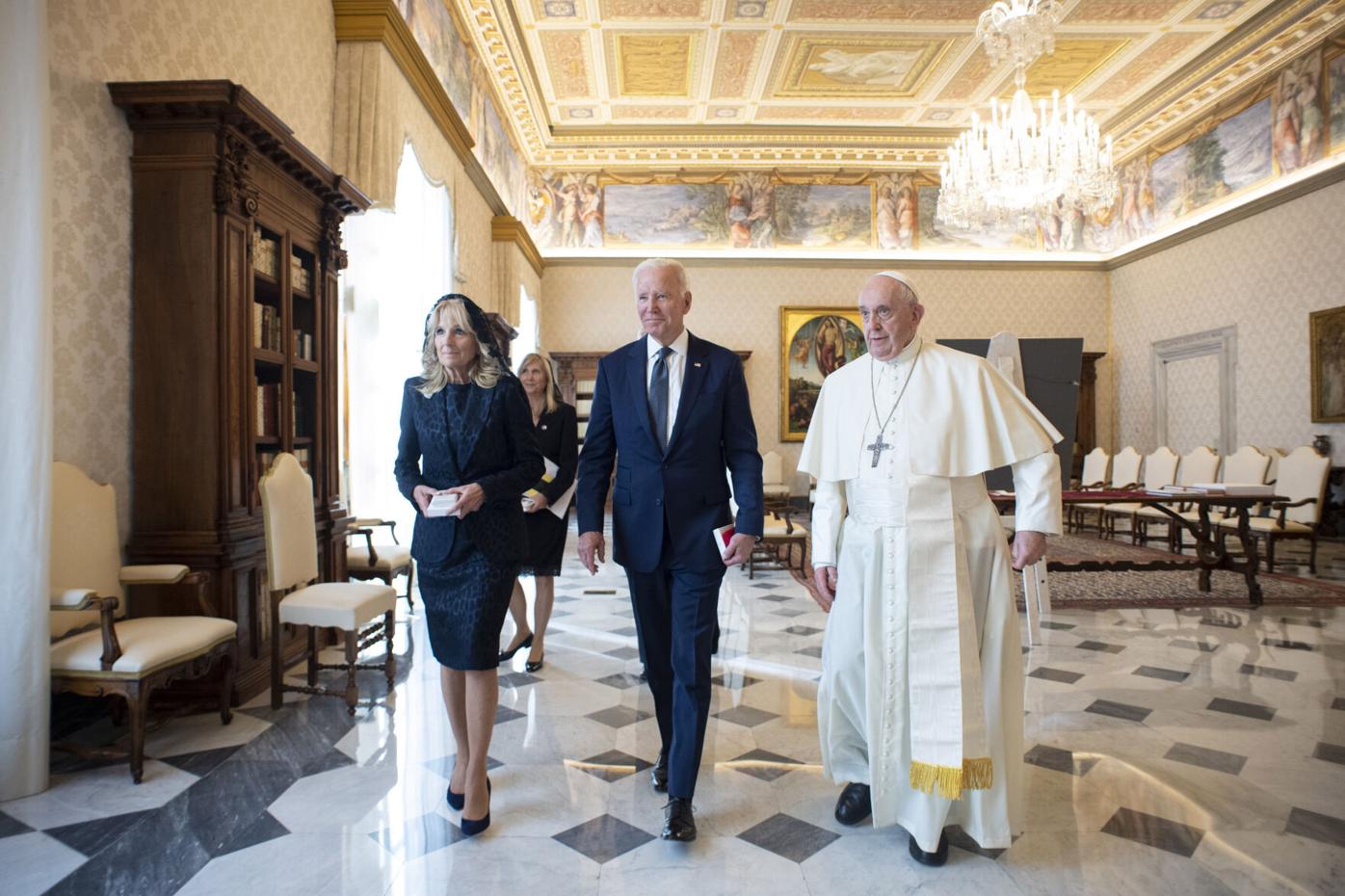 A new Washington Post-Schar School poll in Virginia finds Terry McAuliffe (D) just ahead of Glenn Youngkin (R) in the race for governor, 49% to 48%.

“Youngkin is fueled by an 18-point advantage among independent likely voters, up from an eight-point advantage last month — a significant swing in a group that could determine the election’s outcome.”

Politico: “In a polarized environment, Youngkin has staked his claim to the middle of the electorate: voters who don’t identify with either party. In three surveys released this week, Youngkin had 7- , 22- and 18-point leads among independents.”

“Virginia doesn’t have partisan voter registration, so these designations come from voters’ self-identification. And ‘independent’ doesn’t automatically mean moderate. But voters unaligned with both parties can flip elections, even in an emerging blue state like Virginia. Roughly a third of the electorate there identifies as independent.”

Virginia gubernatorial candidate Glenn Youngkin (R) will not participate in a virtual rally hosted by former President Donald Trump on Monday, the day before the election, CNN reports. Said Youngkin: “I’m not going to be engaged in the tele-town hall.”

“Terry McAuliffe has brought in the biggest names in Democratic politics to come to his aid in Virginia’s hotly contested gubernatorial race: Obama, Harris, Abrams, Biden (both Joe and Jill),” the AP reports.

“That decision to go solo is a deliberate strategy by his team to keep voters’ focus on state, rather than national, issues. But it’s also an acknowledgment that a parade of GOP visitors would only undermine Youngkin’s attempt to keep his party — and its leader, former President Donald Trump — at arm’s length.”

New York Times: “Terry McAuliffe’s strategy of relentlessly linking his Republican rival, Glenn Youngkin, to Donald Trump represents the best test yet of how much of a drag the former president still exerts on his party in blue and purple states. At the same time, Mr. Youngkin’s fancy footwork regarding Mr. Trump — avoiding his embrace without alienating him or his base — and his attacks on Mr. McAuliffe over the role of parents in schools will indicate if GOP candidates can sidestep Trumpism by drawing attention to what they argue is Democratic extremism on issues of race and gender.”

“Far from such old standbys of statewide races as property taxes and teacher pay, the issues in Virginia reflect the country’s canyonlike polarization and what each party portrays as the dire threat posed by the other.”

Dan Balz: “On this final weekend, many Democrats remain nervous. The most positive are at best cautiously optimistic. Their hope is that a state that has been trending Democratic for a decade will provide enough underlying momentum for McAuliffe to fend off Youngkin’s challenge.”

“For months as he campaigned for governor of Virginia, Glenn Youngkin tried to sound a lot like the kind of Republican who dominated the party back in 2009 — the last time a Republican was elected to statewide office,” the New York Times reports.

“He avoided discussion of divisive social issues in favor of praise of free markets and job creators, and conservative activists knew very little about him or what he believed as a result.”

“In the final days before the election on Tuesday, many Republicans say they still have no idea what Mr. Youngkin really believes. But they have cheered him on regardless, after he took a hard-right turn and began promoting the causes that are animating conservatives and supporters of the former president, from the debate over teaching the impact of racism to transgender rights in schools.”

NBC News: “While Republicans more or less kept up their normal ground game throughout the pandemic, Democrats last year halted all in-person operations for months during the height of the presidential campaign.”

“Even now, in Virginia’s critical gubernatorial race, some progressives say they’re still having a difficult time getting people to volunteer in person, though vaccines have helped ease concerns.”

Politico: “Republicans started the year watching the Senate slip away in Georgia — and fretting that Donald Trump’s takeover of the party was so complete that the base wouldn’t show up for them without Trump himself on the ballot. Now, those fears have largely evaporated.”

“Republicans hold an enormous edge in enthusiasm that could make the difference in the upcoming Virginia governor’s race, according to both public and private polling. What’s most notable in Virginia is that it’s Glenn Youngkin — a candidate who accepted Trump’s endorsement but has held the former president at arm’s length during the campaign — who stands to benefit from the electrified GOP base, which is instead animated by President Joe Biden’s sagging ratings and Democrats’ total control in Washington and Richmond.”

A new NBC News poll finds 42% of adults say they approve of Biden’s overall job as president — a decline of 7 points since August, with much of the attrition coming from key parts of the Democratic base.

What’s more, the survey finds that 7 in 10 adults, including almost half of Democrats, believe the nation is headed in the wrong direction, as well as nearly 60 percent who view Biden’s stewardship of the economy negatively just nine months into his presidency.

ABC News/Ipsos poll: “Although a majority (55%) of the public is following news about the negotiations at least somewhat closely, about 7 in 10 (69%) Americans said they know just some or little to nothing about what’s in both bills. Fewer than half (31%) said they know a great deal or good amount.”

The Trump campaign team sent out an email Thursday offering “Let’s Go Brandon” T-shirts in return for any campaign donation of $45 or more, The Hill reports.

The phrase is a conservative meme meaning ‘Fuck you, Biden.”

FiveThirtyEight is tracking Donald Trump’s popularity after he ended his presidency as the most unpopular of the last 12 presidents.  His current favorability is still a dismal 41.4% to 53%.

Former Sen. David Perdue’s (R-GA) allies have leaked word that he has met with former President Trump, including during a recent two-day visit to Florida, as he weighs a primary challenge to Georgia Gov. Brian Kemp (R), the Atlanta Journal Constitution reports.

NJ Advance Media: “He energized the crowd with his trademark call to revamp government to better help the young and working-class — a message that has long drawn him a devoted following among college-age Americans.”

“And while Sanders was the clearly main attraction, the former presidential candidate repeatedly championed Murphy as a vessel for that message and urged the audience to help vote the Democratic governor into a second term Tuesday.”

“Vice President Kamala Harris’ former staffers and fundraisers anticipate a potentially messy primary if she goes up against fellow Cabinet member Pete Buttigieg in a race for the White House,” Insider reports.

“A free-for-all Democratic presidential primary could come as early as 2024 if President Joe Biden decides he won’t run for reelection, though he has said that he plans to. Some Democratic donors and strategists are already privately discussing what the field could look like in 2024 if Biden opts out.”

Macon Telegraph: “One year out from the midterm elections, Georgia is poised to be one of the most hotly contested states, already attracting massive amounts of attention and money from around the country, particularly for the races for U.S. Senate and governor.”

“It’s not a situation Georgia has been in historically. Prior to the 2020 election, Democrats and Republicans generally did not view it as a top battleground, devoting their time and resources to more competitive states.”

“But after Democrats’ breakthrough victories in Georgia the last election, members of both parties are now looking to the state — where national debates over Democratic control of Washington, the direction of the GOP and voting rights are playing out in a pronounced way — as a bellwether for the broader political environment in 2022.”

Not ringing endorsements of two Republican senators in a red state.

OHIO REDISTRICTING. Republican state House Speaker Bob Cupp, who is a member of Ohio’s GOP-dominated redistricting commission, confirmed that the commission would not meet its Oct. 31 deadline to draw a new congressional map, punting the task back to the legislature. Lawmakers had already missed a Sept. 30 deadline to come up with their own map, a failure that kicked the task to the commission, which has now passed the redistricting hot potato right back where it came from.

Why all the hijinks? Had legislators drawn a map in time, they’d have needed to muster the support of half of the members of each party in order for it to pass. The seven-member commission, which has five Republicans and two Democrats, likewise would have needed bipartisan agreement to adopt a map. But now that the task has reverted to lawmakers once more, they can then pass a map that’s good for a full 10 years with the backing of just one-third of Democrats—or they can approve one without any Democratic support that will last for four years.

There’s a good chance that latter option is exactly where we’re headed, because that would allow Republicans to fine-tune their gerrymanders after just two elections rather than hoping they hold up for five. In fact, that’s precisely what transpired last month during the legislative redistricting process, which is handled exclusively by the commission but operates with similar rules: Republicans needed Democratic buy-in to pass a 10-year map but instead chose to ram through a four-year map without any bipartisan support.

Even if Republicans don’t go it alone on the congressional map, the mere fact that they can gives them leverage over Democrats to pressure them into accepting a slightly more modest but still durable 10-year gerrymander. Skeptical observers warned at the time that the constitutional amendments passed during the last decade that created the redistricting commission were only a sham reform. The GOP’s actions over the last few months have proved those warnings prescient.

CALIFORNIA REDISTRICTING. California’s independent redistricting commission has released its first draft of maps for Congress and the state legislature, which will doubtless keep home cartographers occupied for a while. So far, only PDF images of the maps and an interactive district viewer have been shared, though data files that will allow for a more detailed analysis should appear on the commission’s site soon. The commission is scheduled to release formal draft maps by Nov. 15 and has until Dec. 27 to approve final maps.