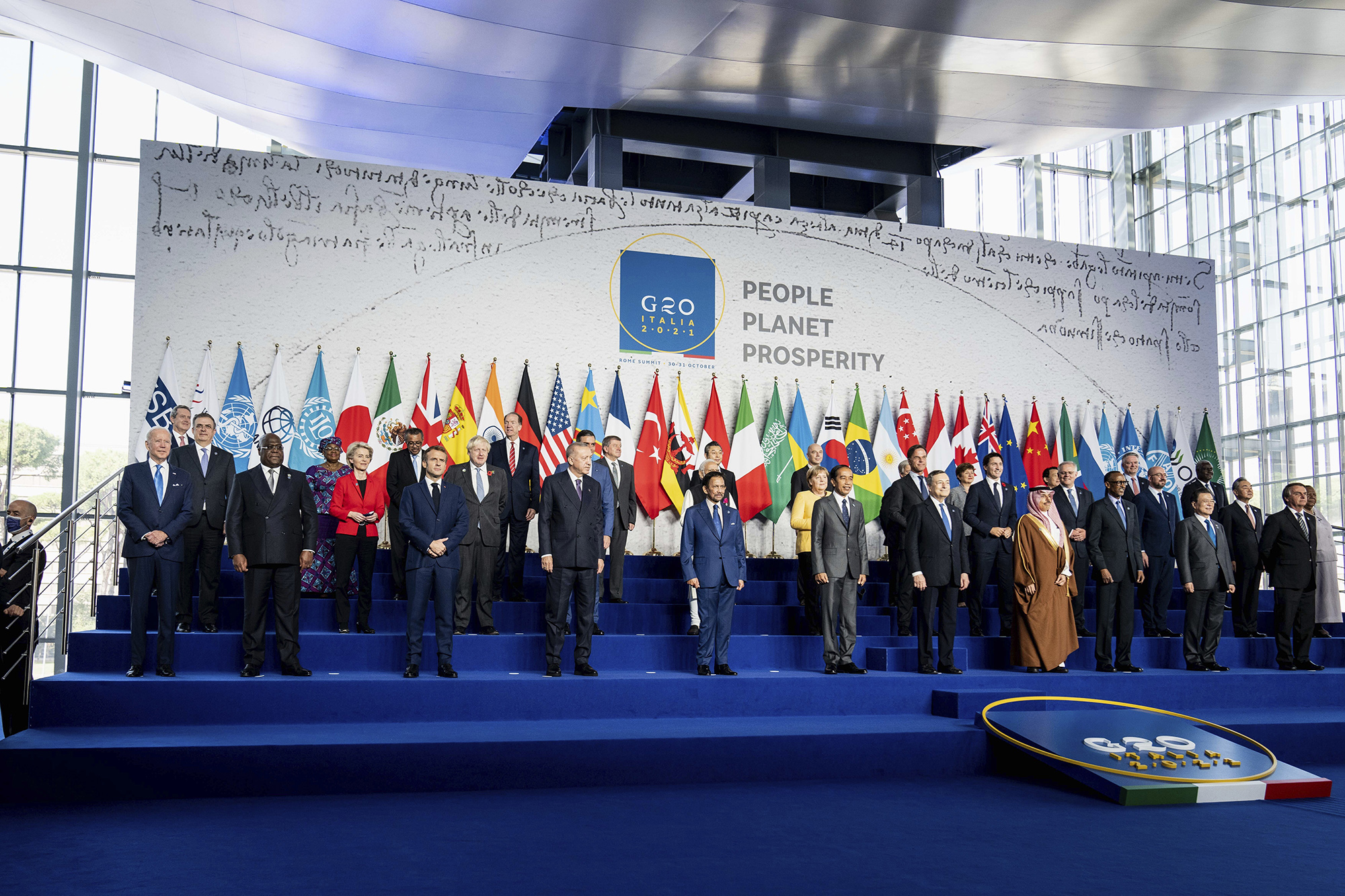 “The Delta wave of the Covid-19 pandemic is past its peak, with new cases, hospitalizations and deaths declining in most states. The approaching holidays and winter months will test whether the U.S. can sustain that momentum,” the Wall Street Journal reports.

“New Covid-19 case numbers in the U.S. are close to levels recorded near this time last year, with a seven-day average at about 72,000 a day, Johns Hopkins University data show. But the trajectory is opposite. Last fall, cases were rising while hospitalizations and deaths, trailing indicators, were starting to follow.”

Washington Post: “His primary political action committee, Save America, has been spending more than $100,000 a week this month on Facebook ads, according to the company, many of which seek donations with deceptive claims about corruption in the last election and public support for the belief that ‘Trump is the true president.’”

“Facebook allows the ads because Trump is not posting them personally through his suspended account and the ads do not speak in Trump’s ‘voice,’ according to a company spokeswoman. The money raised can be used to finance his current political operation — his staff, his rallies, his travel — until he announces another campaign.”

“The gambit is one of several ways Trump is blowing up the traditional path for a president after leaving office, reaping millions for his political efforts in the process. Rather than shrink from the scene to focus on the blueprints of a presidential library or philanthropy, he is attempting to build one of the largest operations in American politics by continuing many of the tactics that dominated his two presidential campaigns.”

“Up to 12,000 Air Force personnel have rejected orders to get fully vaccinated against the coronavirus despite a Pentagon mandate, and officials say it is too late for them to do so by the Tuesday deadline, posing the first major test for military leaders whose August directive has been met with defiance among a segment of the force,” the Washington Post reports.

“Nearly five years after Joe Arpaio was voted out as sheriff of Arizona’s most populous county, taxpayers are covering one of the last major bills from the thousands of lawsuits the lawman’s headline-grabbing tactics inspired,” the AP reports.

“The payout takes to $100 million the attorney fees, settlements and other costs the county has paid from lawsuits stemming from Arpaio’s six terms over things such as jail deaths, failed investigations of the sheriff’s political enemies and immigration raids of businesses.”

Boston Globe: “Throughout the pandemic, Vermont has been a beacon for the country, with its highest-in-the-nation Covid-19 vaccination rate, and often one of the lowest infection rates, too. On several days last summer, the state reported close to zero new Covid cases.”

“But since August, Vermont has been grappling with an alarming spike, often topping 200 new cases per day. The unexpected turn has triggered a sharp debate — at least by Vermont’s polite standards — over how forcefully to respond. The surge has leveled off in recent days but the case count remains high, tied with Maine for the most per capita in New England.”

“A renewed buildup of Russian troops near the Ukrainian border has raised concern among some officials in the United States and Europe who are tracking what they consider irregular movements of equipment and personnel on Russia’s western flank,” the Washington Post reports.

“The renewed movements of Russian forces in the area come as the Kremlin embraces a harder line on Ukraine. Russian officials from President Vladimir Putin on down have escalated their rhetoric in recent months, attacking Kyiv’s Western ties and even questioning its sovereignty. Putin has warned that any expansion of NATO military infrastructure on Ukrainian territory represents a ‘red line’ for Moscow.”

Donald and Melania Trump enthusiastically participated in the controversial “tomahawk chop” for the Atlanta Braves at the World Series game against the Houston Astros last night.

“Any Republican that votes yes to an infrastructure bill that helps Biden pass his agenda when bumbling Biden doesn’t even know what he’s doing, then that Republican is a traitor to our party.”  — Rep. Marjorie Taylor Greene (R-GA), quoted by The Hill.

“An attorney for Andrew Cuomo on Saturday suggested the county sheriff’s office that has filed a misdemeanor sex complaint against the former New York governor leaked secret grand jury testimony to the press,” Reuters reports.

A must-read: The Long Red Thread: How Democratic Dominance Gave Way to Republican Advantage in US House Elections by Kyle Kondik.

Larry Sabato’s Crystal Ball runs an excerpt: “The Republican Revolution of 1994 represents a transitional point between more than a half century of Democratic dominance in the House and a more recent period that does not qualify as Republican ‘dominance’ but is certainly more than just a slight political imbalance.”

“In the years since 1994, Republicans will have held the House majority for 20 of the 28 years between 1995 and 2023, and they appear to hold more advantages in the race for majority control of the U.S. House of Representatives than the Democrats.”

“Former Vice President Mike Pence on Thursday hailed activist parents who are decrying school curriculums as un-American, equating instruction on the effects of institutional racism with ‘state-sponsored racism’ and warning that such efforts might ‘indoctrinate’ children,” the AP reports.

“The fight over schools has become a flashpoint in the Virginia governor’s race, where polls show a dead heat between Democrat Terry McAuliffe and Republican Glenn Youngkin ahead of Election Day on Tuesday.”

Rep. Adam Kinzinger (R-IL), a fierce opponent of former President Donald Trump, announced that he will not run again for his House seat in 2022.

Politico: “Kinzinger, one of 10 House Republicans to vote to impeach the then-president in January after the riot at the Capitol, is the second member of that group to say he will retire from Congress, joining Rep. Anthony Gonzalez of Ohio.”