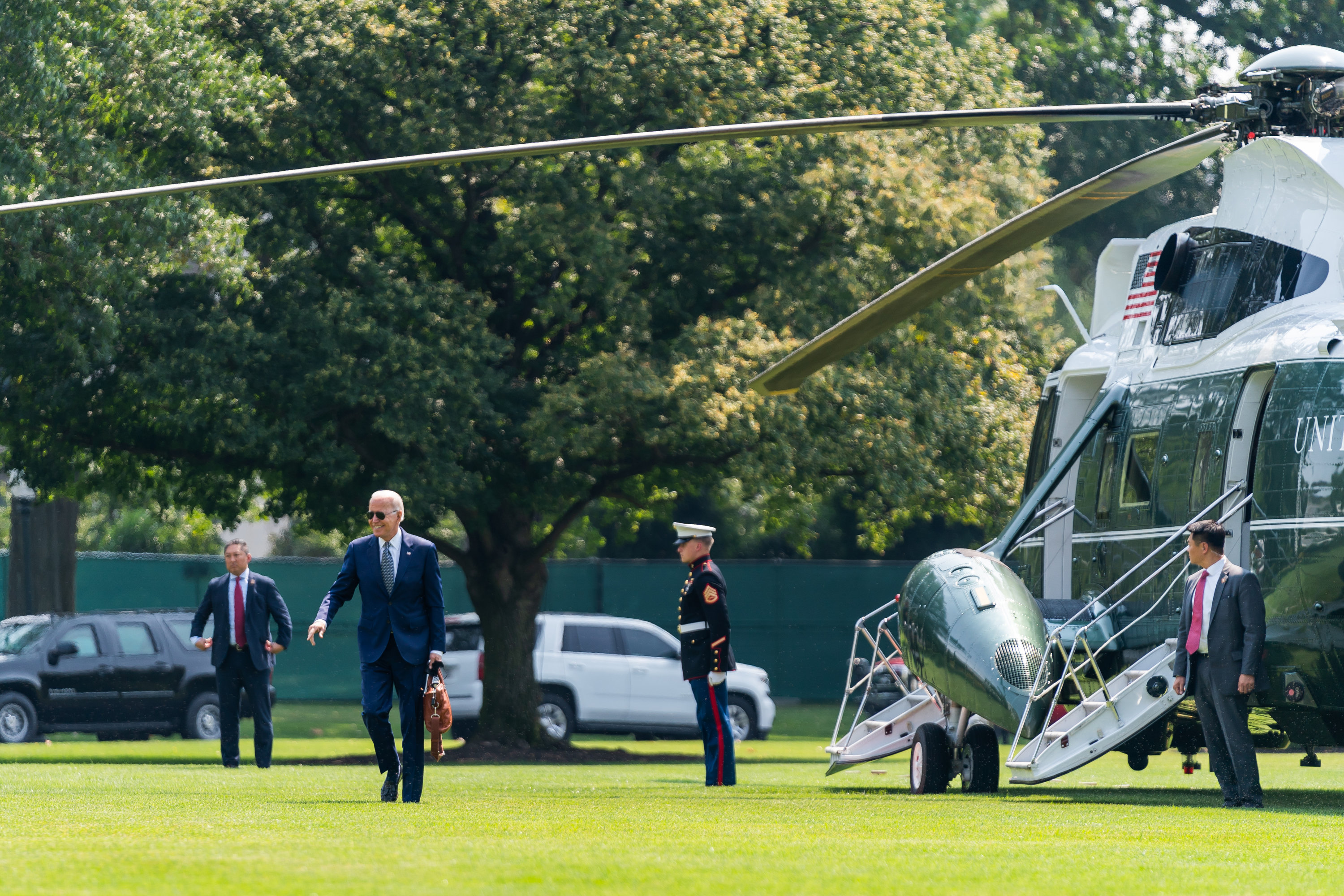 A new Grinnel College/Selzer national poll finds 62% of Americans believe that politics, not law, drives Supreme Court decisions.   Those feelings were shared across the political spectrum – including 60% of Republicans, 66% of Democrats, and 63% of independents.

Said pollster Peter Hanson: “This is a nightmare scenario for Chief Justice John Roberts, who has sought to protect the court’s reputation as an apolitical institution.”

“In a private presentation to allies this week, Senate Democrats’ main super PAC offered ominous warnings about the political climate the party faces,” Politico reports.   “President Joe Biden’s numbers across Senate battlegrounds have eroded dramatically in recent months, according to a summary of the poll for the Senate Majority PAC, the group aligned with Democratic Leader Chuck Schumer. Making matters worse, Biden is struggling with so-called persuadable voters — those who are on the fence but could be convinced to vote Democratic.”

“The quickening pace of Democratic retirements in the House may be the clearest indication yet that the party’s hopes of maintaining its narrow majority are fading amid President Biden’s sagging approval ratings, ongoing legislative struggles and the prospect of redrawn congressional districts that will put some seats out of reach,” the New York Times reports.

“In interviews, the three representatives who most recently announced their retirement said personal issues were paramount in their decisions — they have served 72 years in the House between them. But they also cited three political factors: redistricting ahead of the 2022 elections, Donald Trump’s continued power over Republicans, and the rising Balkanization of the Democratic Party, that they said had made governance increasingly difficult and frustrating.”

NEVADA U.S. SENATOR.  The Hill reports that Senate Majority PAC is spending $764,000 on the first of what will undoubtedly be many ad campaigns over the next year in support of Democratic incumbent Catherine Cortez Masto and against likely Republican nominee Adam Laxalt. The commercial praises the senator’s work on “a commonsense rescue plan for small businesses, tourism, and schools,” and argues Laxalt “won’t help Nevada, or our economy.”

“A creeping sense of worry among Democrats about the Virginia governor’s race spilled into the open on Wednesday, after the release of a new Monmouth University poll showing former Democratic Gov. Terry McAuliffe deadlocked with Republican Glenn Youngkin less than two weeks before Election Day,” Politico reports.

“And the panic may be a good thing, some of them say.”

“Despite — or because of — the warning signs, Democrats hope the news will wake up slumbering supporters the way it did in California last month, when Democratic Gov. Gavin Newsom appeared to be slipping into dangerous territory in polls before generating high turnout to beat back a recall attempt with ease.”

Gallup: “Women in the U.S. remain largely dissatisfied with the treatment of their gender in society, do not think there is gender equality in job opportunities and favor affirmative action programs for women.”

“Conversely, majorities of men are satisfied with the treatment of women in society and think women and men in the U.S. have equal job opportunities.”

“Democrats in Washington remain divided over the scope of President Biden’s expansive domestic policy agenda. But their voters—both moderates and progressives—have largely rallied around the push to increase government spending and say they worry lawmakers will fail to come to an agreement,” the Wall Street Journal reports.

“Influential Democratic donors who backed Pete Buttigieg in 2020 are privately chattering about prodding him to run for the White House in 2024 if President Joe Biden doesn’t seek reelection,” Insider reports.

“More than two dozen Democratic donors who want to eventually see the 39-year-old transportation secretary in the White House have been attending secret and informal dinners over the summer and into late September in traditional Democratic money-raising hubs including Washington, Wall Street, and Silicon Valley.”

“They’re driven in part by a lack of confidence in Vice President Kamala Harris’ performance so far, and some don’t think Buttigieg should wait in line behind Harris if Biden opts against running for a second term. Other dinner attendees think Buttigieg is better off waiting until 2028 or even later.”

Wilburn, a state representative, is the first Black chair of the Iowa Democratic Party.

Politico: “The death of the 84-year-old lawmaker in April created a rare opportunity for Democrats in Florida: an open seat in Congress in a majority Black district that is unlikely to undergo major revisions in next year’s redistricting process.”

“That prospect has sparked a free-for-all, with 11 Democrats — including several state legislators and local elected officials — all jumping into the race for a the seat, which connects several Black cities and neighborhoods in Palm Beach and Broward counties, as well as some nearby farming communities. The winner of the Nov. 2 primary is expected to easily win the January special election. Any number of the Democrats has a shot at victory.”