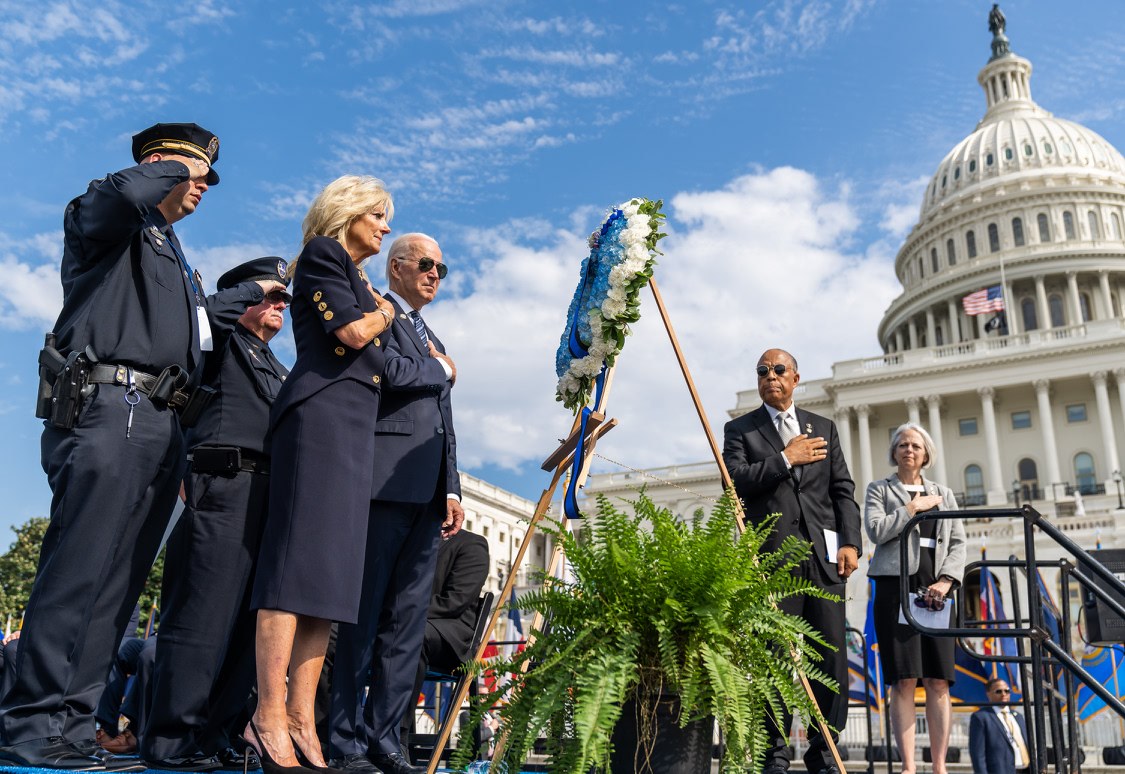 “Losing ground in a Virginia gubernatorial campaign once seen as a near-lock for Democrats, McAuliffe has sought to nationalize the race — calling out congressional inaction and President Joe Biden’s waning popularity as he tries to mount a return to an office he held four years ago.”

“If McAuliffe loses, it could put a chill on Democrats’ agenda and prompt hand-wringing over whether the party failed to boost him enough in a difficult race against Republican Glenn Youngkin.”

New York Times: “With former President Donald Trump out of office, congressional Democrats in a bitter standoff and Virginia Democrats having claimed every political prize, Mr. McAuliffe is straining to motivate the liberal voters in his increasingly blue state.”

“At the moment — one that is being watched closely by both parties for clues about the elections next year — he is bumping up against a fatigued electorate.”

“Virginia has elections every year, because its state campaigns are in odd-numbered years while its federal elections are, as everywhere, in even years. But voters here are drained from the Trump administration’s round-the-clock drama, which they felt more acutely because of their proximity to Washington, where the local news is also national news.”

“Democrats are trolling Donald Trump over Virginia GOP gubernatorial candidate Glenn Youngkin’s efforts to distance himself from the former president, including by flying a plane near his Mar-a-Lago resort asking why Youngkin won’t let Trump campaign with him in Virginia,” The Hill reports.

Politico: “Val Demings’ fundraising haul provided a sudden burst of hope to Florida’s beleaguered Democrats, who reveled at the idea of a cash-flush Senate nominee whose star power sparked the imagination of Democrats across the country. The problem, however, is that the recent road to the Senate is littered with Democratic candidates whose talent for minting money from national online donors masked weakness back home.”

Politico: “All across the Senate map — but particularly in the South — Black candidates posted blowout performances in the most recent campaign fundraising period, leading to an unprecedented cash windfall that stands to reshape the Senate in 2022 and beyond.”

“It’s a dramatic turn of events for a group of candidates who have traditionally struggled to raise the huge sums of money necessary to win marquee statewide elections. As a result, they’ve frequently faced skepticism about their electoral viability or failed to achieve buy-in for their campaigns from party brass.”

NBC News: “In next year’s races for governor and secretary of state, for Congress and all the way down to state legislative seats, Republicans eager for Trump’s support have embraced these baseless claims. Democrats, eager to rally their base in a potentially unfavorable political climate, have branded GOP candidates as propagators of ‘the Big Lie.’”

“The issue is particularly animating campaigns for secretary of state — the office that in many states oversees elections — in electoral battlegrounds that narrowly backed Biden over Trump in 2020 and will be hotly contested again in the 2024 presidential election.”

“Representatives Liz Cheney of Wyoming, Fred Upton of Michigan and Jaime Herrera Beutler of Washington were among the 10 House Republicans who infuriated Trump by voting against him during his second impeachment proceeding. So far, Republican donors haven’t followed him in backing their challengers.”

Trump has yet to endorse candidates running against the other six Republican incumbents who voted to impeach him on a charge of inciting the Jan. 6 insurrection at the U.S. Capitol, but his vow to fight them has worried GOP officials.“

“Republicans have been feuding for months in Nevada’s largest county after a pro-Donald Trump insurgency with ties to far-right activists threw the party into chaos,” Politico reports.

“Now the turmoil is spreading across the battleground state, consuming the GOP in a bonfire of lawsuits, counterclaims and resignations.”

“The meltdown — the latest iteration of the hostilities that have wracked the party nationally in the post-Trump era — could prove especially damaging if the fissures linger into next year.”

“Since last spring, movie star Matthew McConaughey has been toying with the idea of a run for governor of Texas but has refused to commit, relishing the spotlight celebs are accustomed to while promoting his new memoir, Greenlights,” the Los Angeles Times reports.

“But while the actor, who lives in the Lone Star State’s capital, Austin, remains on the sideline without saying what he plans to do, some who want to occupy the office have either placed themselves in a holding pattern, choosing to wait and see what McConaughey does, or are wringing their hands about his possible run. McConaughey is seen as a potential lock for Democrats, who have not won statewide office since 1994, even if he has not publicly revealed his position on many key issues facing Texans.”

“A judge has denied Sean Parnell’s (R) request for an expansive gag order against his estranged wife and her attorney, though the judge did seal some parts of the ongoing custody fight that has roiled Parnell’s campaign for U.S. Senate,” the Philadelphia Inquirer reports.

A new Politico/Morning Consult tracking poll finds just 26% of Americans say Congress has done an excellent or good job handling the pandemic.   Why this matters: “Talking about all the big bills lawmakers have passed on the pandemic may not resonate with voters the way they hope they will.”

Alex Pareene: “I am not really a bettor, but I’m pretty sure, right now, that Kyrsten Sinema is going to formally leave the Democratic Party in the near future, probably after the 2022 midterms. I also think that if Republicans win control of the Senate in those midterms, she will choose to caucus with them.”

“I suspect Sinema decided to leave the party years ago and has simply been waiting for the most dramatic moment to do so. With Democrats currently occupying the White House and having a very slim majority in the Senate, it makes sense to continue caucusing with them to maximize her power.”

Georgia U.S. Senate candidate Herschel Walker’s (R) campaign declined to tell the Atlanta Journal Constitution whether he had been vaccinated against the coronavirus.  Even in the very Trumpy GOP Senate primary in Ohio, most of the candidates have said they are vaccinated.

Tampa Bay Times: “Across Florida, former President Donald Trump’s most ardent supporters are scouring communities for evidence of voter fraud. They are bombarding local elections offices with calls and emails. They are showing up wherever lawmakers are meeting, demanding an audit of last November’s presidential contest that installed Democrat Joe Biden in the White House.”

“The push for a recount began months ago in states like Arizona, where Trump lost by a narrow margin. (A much-maligned review of ballots in that state’s largest county, led by a Trump supporter, confirmed Biden’s victory.) But the movement is now bleeding into states Trump won comfortably, including Florida.”

Charlie Crist (D) announced that he would legalize marijuana and expunge criminal records for those arrested on misdemeanors or third-degree felonies related to the drug if he were elected Florida governor next year, the Tampa Bay Times reports.

It’s quite a transformation for a candidate once known as Chain Gang Charlie.

Ron Watkins (R), the man widely suspected of being behind QAnon’s master account, announced a challenge to Rep. Tom O’Halleran (D-AZ) in a bizarre video in which he calls the congressman “the dirtiest Democrat in the D.C. swamp.”

Said Watkins: “If we don’t follow our beliefs and the founding principles of our nation, it will crumble! This must stop now! Therefore, I have decided to double down—with God as my compass—to take this fight to the swamp of Washington, D.C.”