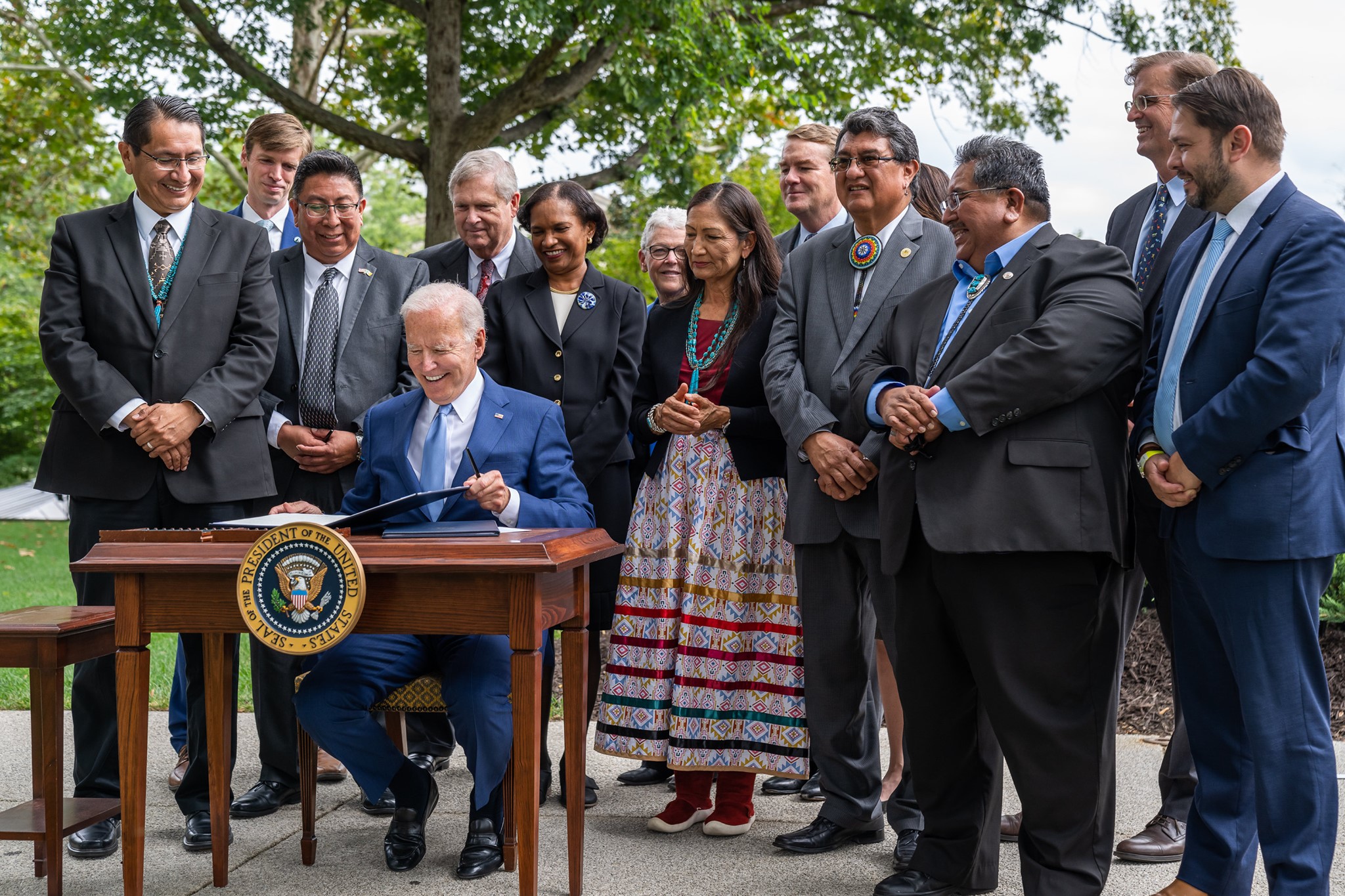 A new CNN poll shows President Biden’s net approval is positive at 50% to 49%.

Also interesting: President Biden’s approval rate is 46% to 51%, but his favorability rating remains higher than every other national political figure tested.

“Americans’ trust in President Biden has eroded as they’ve slowed their expectations for how quickly they can get back to their pre-pandemic lives,” according to the Axios/Ipsos Coronavirus Index.

“Two trends we’ve been watching for a while — drawn-out timelines for returning to normal, and declining trust — are not a coincidence but cause-and-effect, these findings suggest. That’s hurting Biden with Democrats as well as independents.”

A new CNN poll finds that 75% of the Democratic voters want an large reconciliation bill, compared to 20% who prefer a scaled-back version.

The bigger bill even wins support from 67% of moderate and conservative Democrats, while independents are split.

“Democrats shouldn’t expect the racially diverse coalition who helped defeat former President Donald Trump and win the Senate to automatically show up in the next nationwide election,” USA Today reports.

“Black, Hispanic and Asian voters may have loathed Republicans, according to a major review of the 2020 election cycle, but they still need to be convinced to show up to the polls, and Democrats lacked a core argument about the economy or returning the country to normal in the wake of the coronavirus pandemic.”

The majority of Americans polled in a new CBS News survey said they haven’t sent a handwritten letter in the mail in over five years.

A new Joint Venture Silicon Valley poll finds that 55% of the residents living in the San Francisco Bay Area say they are considering moving out of the area permanently.  Of those who were likely to leave, 84% cited the cost of living as a major reason and 62% cited the quality of life.

MASSACHUSETTS REDISTRICTING — Lawmakers in Massachusetts’ Democratic-run legislature introduced new maps for the state Senate and House on Tuesday, with official copies available here. The proposals would lock in Democratic majorities while also boosting the number of districts with Black and Latino majorities. While Republican Gov. Charlie Baker could veto these maps, Democrats have supermajorities in both chambers and could easily override him.

COLORADO REDISTRICTING — Colorado’s legislative redistricting commission adopted a new map for the state House on Monday and faced a Tuesday deadline for signing off on a plan for the state Senate, though no Senate map had been passed yet. Both plans will require approval from the state Supreme Court, which on Tuesday heard oral arguments over whether a new map recently put forth by the state’s separate congressional redistricting commission adheres to the state constitution.

KENTUCKY 3RD CD — Democratic Rep. John Yarmuth, who chairs the powerful House Budget Committee, announced Tuesday that he would not seek a ninth term next year in Kentucky’s 3rd District. The current version of Yarmuth’s seat, which includes most of Louisville, backed Joe Biden 60-38, but legislative Republicans have the power to pass a new gerrymander to make this seat conservative-friendly turf.

This uncertainty about the district’s future didn’t stop state Senate Minority Leader Morgan McGarvey from declaring that he would seek the Democratic nomination, an announcement that came less than 10 minutes after Yarmuth’s. The race already includes state Rep. Attica Scott, a vocal advocate for police accountability and one of the most progressive members of the state legislature, who launched a primary bid against Yarmuth in July.

Yarmuth spent the two decades active in the Louisville media scene as the publisher of a liberal alternative weekly and frequent TV guest, but national party leaders were not enthusiastic when he decided to run for Congress in 2006 against veteran Republican Rep. Ann Northup. The congresswoman had won her last campaign 60-38 in 2004 even as John Kerry was taking the 3rd District 51-49, and the DCCC saw Iraq War veteran Andrew Horne as a more formidable candidate than the progressive publisher. Yarmuth, though, outspent his opponent thanks in part to his ability to self-fund and won the primary 54-32.

Northup used Yarmuth’s old writings, including his calls for legalizing marijuana, to portray him as unacceptably outside the mainstream, and the incumbent decisively outraised him. The DCCC was also pessimistic about their nominee’s prospects for much of the race, and it only added him to the Red to Blue list for top-tier candidates late in the race. The DCCC also spent only about $390,000 compared to $250,000 from the NRCC; the two groups, by contrast, spent well over $2 million each that year in the neighboring and far more conservative 4th District, where former Democratic Rep. Ken Lucas was well on his way to decisively losing his comeback bid against Republican Rep. Geoff Davis.

Yarmuth, though, emphasized his opposition to the unpopular Iraq War and called Northup a “rubber stamp” for George W. Bush, which proved to be a winning argument for many Democrats in competitive seats. Yarmuth ultimately unseated Northup 51-48, an upset victory that made him the state’s first Jewish member of Congress. Thanks to Kentucky’s notoriously early poll closing times, Yarmuth’s surprise win also heralded a strong night nationwide for Democrats, who took back the House for the first time since 1994.

Republicans hoped to retake this seat in 2008, and Northup agreed to run again after the party’s original choice dropped out after being called up for the Army Reserves. However, Yarmuth this time had the advantages of incumbency as well as an even better political climate, and he won their rematch in a 59-41 landslide as Barack Obama was carrying the seat 56-43.

National Republicans soon gave up on seriously targeting Yarmuth, who won 55-44 during the 2010 red wave against an unheralded foe. Yarmuth, who became the state’s only Democratic member of Congress following fellow Rep. Ben Chandler’s 2012 defeat, took at least 62% of the vote in his next five campaigns and rose to become budget chair after his party retook the majority in 2018.

Trump leads a hypothetical field with 47%, followed by Ron DeSantis at 12% and Mike Pence at 12% — the only candidates other than Trump to hit double-digit support.

“Rep. Val Demings (D-FL) raked in $8.4 million during the last three months for her U.S. Senate campaign — more than any candidate has raised at this stage of a Senate campaign in Florida history,” Florida Politics reports.

Greene responded to Wood’s insult by invoking allegations that he leeched off of Kyle Rittenhouse’s legal defense fund: “He lifts up his Bible high and lies and lies. He’s not one of us.”

NORTH CAROLINA 14TH CD — Republican state House Speaker Tim Moore did not rule out running for the House last week following the release of a proposed congressional map that placed his Cleveland County base in a new 14th District. “I still have a campaign committee open for state House, but it’s premature to talk about anything else other than that,” said Moore, who also insisted he didn’t know anything about these suggested boundaries.

The News & Observer writes of this map, “And while that was the very first map drawn by a top Republican official, it’s only one map. Some observers said they doubted it would make the cut in the end.”

ILLINOIS 17TH CD — Democratic state Sen. Steve Stadelman says he’s considering a bid for Illinois’ open 17th Congressional District but cautioned that he’s waiting on the outcome of redistricting. “Until you know the boundaries and where the lines are drawn,” Stadelman told Politico’s Shia Kapos, “you’re a candidate in search of a congressional district.” Another Democrat in search of a district, Rock Island County Board member Angela Normoyle, is “making calls in anticipation of a run,” per Kapos, and has already hired consultants.

PENNSYLVANIA 1ST CD — Army veteran Ashley Ehasz, a former helicopter pilot who served in Iraq, kicked off a bid against Republican Rep. Brian Fitzpatrick on Tuesday, making her the first Democrat to enter the race. Fitzpatrick has long defied political gravity and repeatedly turned back challenges despite the leftward trend in Pennsylvania’s 1st Congressional District, so much so that Democrats have often had difficulty recruiting top-tier names. While redistricting looms, of course, the 1st is a fairly compact slice of the Philly ‘burbs and is likely to remain largely as-is.

Self was elected in 2010 as the top executive in Collin County, which makes up close to 90% of the proposed new 3rd District (the balance is in Hunt County). He considered running for Congress in the 2018 cycle after veteran Rep. Sam Johnson retired, but he ultimately decided to retire rather than seek any office that year.