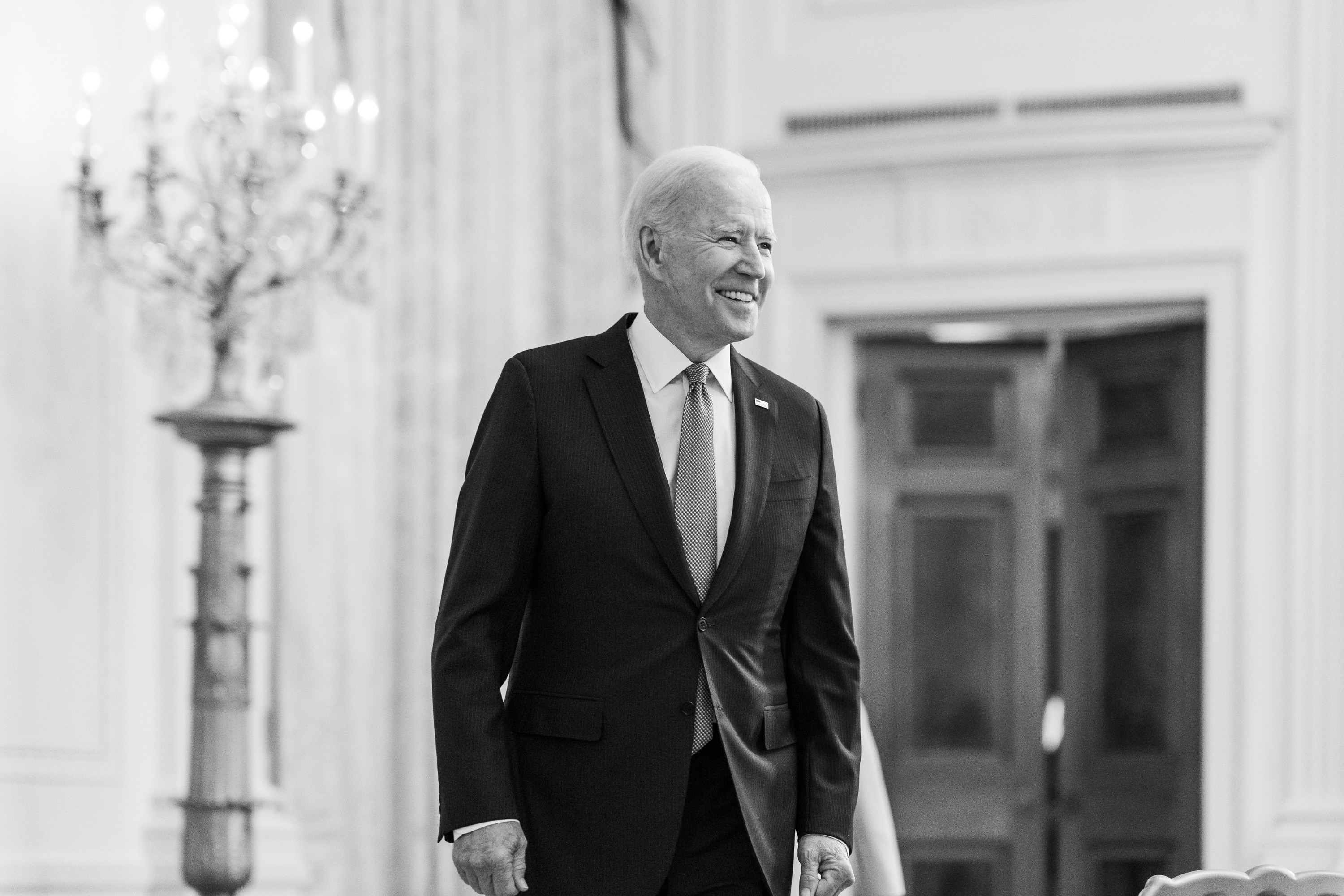 Former President Donald Trump recorded a video where he wished deceased Capitol rioter Ashli Babbit happy birthday and called for the Department of Justice to reopen its investigation into her death, Insider reports.

Politico: “Not one year removed from surviving a second impeachment, the former president rallied before thousands of his most loyal supporters across the Iowa state fairgrounds on a balmy Midwestern evening. He regaled them with his stories from the White House, his falsehoods and complaints about the 2020 election results, and his criticisms of the Biden administration on everything from immigration to the withdrawal from Afghanistan.”

“But the notable elements were not what was said by Trump, but who was there with him. Appearing alongside the ex-president was a who’s who of influential Republicans in the Hawkeye state, including Sen. Chuck Grassley and Gov. Kim Reynolds, Iowa Reps. Mariannette Miller-Meeks and Ashley Hinson, former acting attorney general Matt Whitaker and Iowa GOP chairman Jeff Kaufmann.”

Bill Maher warned (again) of a “slow moving coup” by Donald Trump and his allies. It’s based on three predictions: “Trump will run in 2024; he will get the Republican nomination; and whatever happens on election night, the next day he will announce that he won.”

“Following a year-long operation by undercover FBI agents, a Maryland couple has been arrested and charged with attempting to sell US nuclear secrets to another country in exchange for cryptocurrency,” CNN reports.

The Washington Post says FBI agents “posed as spies for the foreign country and began communicating by email with the person, suggesting a meeting, but the person said that was too risky, noting that they were risking their life in offering the information to the foreign government.”

Philip Bump: “Consider what Scalise is doing. He’s intentionally trying not to say that Biden won fairly because that position is anathema to the loudest part of his party’s base. And to avoid saying that, he’s seizing not upon unproven claims of fraud but a similarly inflated assertion that states made it too easy to vote. He doesn’t allege that this led to more fraud or anything along those lines, though others have; he’s simply claiming that because states made it easier to vote, that was the equivalent of an illegitimate Biden win or an election being stolen.”

“Because legal voters cast votes in a manner that their states have authorized.”

“In case Scalise wasn’t sufficiently obvious in suggesting that the election was stolen not through fraud but through votes he didn’t like, he made it more clear. He wanted to try to loop criticism of Georgia’s new voter law into his argument, drawing Fox News viewers to his side by condemning those who’d attacked Georgia’s law. After all, he said, the law was simply ‘cleaning up some of the mess’ from the election.”

Then-President Donald Trump asked his top intelligence official to investigate a conspiracy theory that Chinese thermostats changed votes in the 2020 election, according to an excerpt from the soon-to-be-released Betrayal by journalist Jonathan Karl, Mediaite reports.

“Pope Francis on Saturday met with House Speaker Nancy Pelosi (D-CA) in a private audience at the Vatican, amid ongoing criticism of Pelosi by conservative Catholics in the United States over her support for abortion rights,” the Washington Post reports.

“Pelosi, who is Catholic, described the meeting as ‘a spiritual, personal and official honor’ and praised the pope for his attention to climate change and for his work lifting up the underprivileged.”

Politico: “For the president and his allies, there’s only one clear way out: Reports from leading party operatives, some shared with the White House and Democratic committees, and polling provided to Politico, all point to Biden needing to get a handle on the virus to claw his way out of the muddle.”

“While the Capitol was under attack on Jan. 6, former President Donald Trump remained out of sight from the public and watched TV in the White House private dining room,” ABC News reports, based on reporting from Jonathan Karl’s new book, Betrayal.

“The former president liked what he saw, boasted about the size of the crowd and argued with aides who wanted him to tell his supporters to stop rioting.”

Former Trump White House press secretary Stephanie Grisham told NBC News she “actually tried to resign a couple of times” in the six months leading up to the deadly Jan. 6 riots. Said Grisham: “For about the last six months, I tried to resign a couple of times, and Mrs. Trump talked me out of it. I had a resignation letter written out with very specific points in it that I was ready to hand over at any moment. January 6th, of course, was my breaking point.”

“Former Trump White House strategist Steve Bannon’s choice to buck a subpoena from the House committee investigating the Jan. 6 attack on the Capitol could tee up a big decision for a Justice Department determined to strike an independent tone,” The Hill reports.

“The House committee has said it may refer Bannon for criminal prosecution by the Department of Justice if he doesn’t appear for a deposition slated for Thursday.”

“Such a move would place Attorney General Merrick Garland in the center of a debate over whether to go after a former right-hand man of Donald Trump after vowing to restore the reputation of a department that was deeply politicized under the prior administration.”

New York Times: “Inflation has surged in 2021, with various official measurements of consumer prices rising faster than they have in years. But in a crucial respect, the data may be understating things.”

“Many types of businesses facing supply disruptions and labor shortages have dealt with those problems not by raising prices (or not by only raising prices), but by taking steps that could give their customers a lesser experience.”

“Higher energy prices could push up inflation in coming months, damp consumer spending on other products and services, and ultimately slow the U.S. recovery, economists say.”

Financial Times: “If you live in continental Europe or the UK the natural gas that heats your home this October is costing at least five times more than it did a year ago.”

New York Times: “They are running out of places to put things at one of the largest ports in the United States. As major ports contend with a staggering pileup of cargo, what once seemed like a temporary phenomenon — a traffic jam that would eventually dissipate — is increasingly viewed as a new reality that could require a substantial refashioning of the world’s shipping infrastructure.”

“The turmoil in the shipping industry and the broader crisis in supply chains is showing no signs of relenting. It stands as a gnawing source of worry throughout the global economy, challenging once-hopeful assumptions of a vigorous return to growth as vaccines limit the spread of the pandemic.”

Washington Post: “The public hand-wringing by House liberals, at times, masks how much they have become the mainstream of the party during the Biden presidency. Despite frustrations over the current negotiations on infrastructure and larger social spending bill, they are no longer pushing policies from the wings hoping to get some of what they want into the Democratic agenda as was the case during the first years of the Obama administration when their top priorities — like a public health care option as part of the Affordable Care Act — seemed like pipe dreams.”

“As many of CPC members have recently pointed out — Biden’s agenda is their agenda. The party outliers now are the shrinking group of moderates whose votes are still key, but whose views represent a minority of the party.”

“He’s the standard bearer of the progressive movement. Once he signs off on something, every progressive in the House will vote for it.”  — Rep. Ro Khanna (D-CA), quoted by the Washington Post, on Sen. Bernie Sanders (I-VT).

“The Kremlin’s ambassador to the EU has called on Europe to mend ties with Moscow in order to avoid future gas shortages, but insisted that Russia had nothing to do with the recent jump in prices,” the Financial Times reports.

Russian spies stole the formula for the Oxford/AstraZeneca coronavirus vaccine and used it to help create its own Sputnik vaccine, The Sun reports.

“Allen West, a tea party firebrand who is seeking the Republican nomination in the Texas gubernatorial race, is in the hospital after testing positive for the coronavirus,” the Washington Post reports.

“West, a former Republican congressman from Florida, is unvaccinated.“

Politico: “When they took power this past winter, Democrats made a commitment to not repeat what many viewed as a critical misstep of the Obama years. The legislation they passed would do two things well: make sure that the benefits were frontloaded and that the impact was tangible.”

“The result was a Covid relief package that included direct payments of up to $1,400 to most Americans, $300 per week in unemployment insurance supplements, and an expansion of the child tax credit for a year.”

“Nine months later, whatever political benefits were supposed to accrue from that package have seemingly faded. The public’s support for the direct payments has been overtaken by its concerns about the lingering pandemic. The federal unemployment insurance benefits ended in September with no apparent appetite by the feds or state governments to extend them. And while Democrats are seeking to extend the expanded child tax credit past its expiration date this December, recent polling data suggests that they are getting little credit for it.”