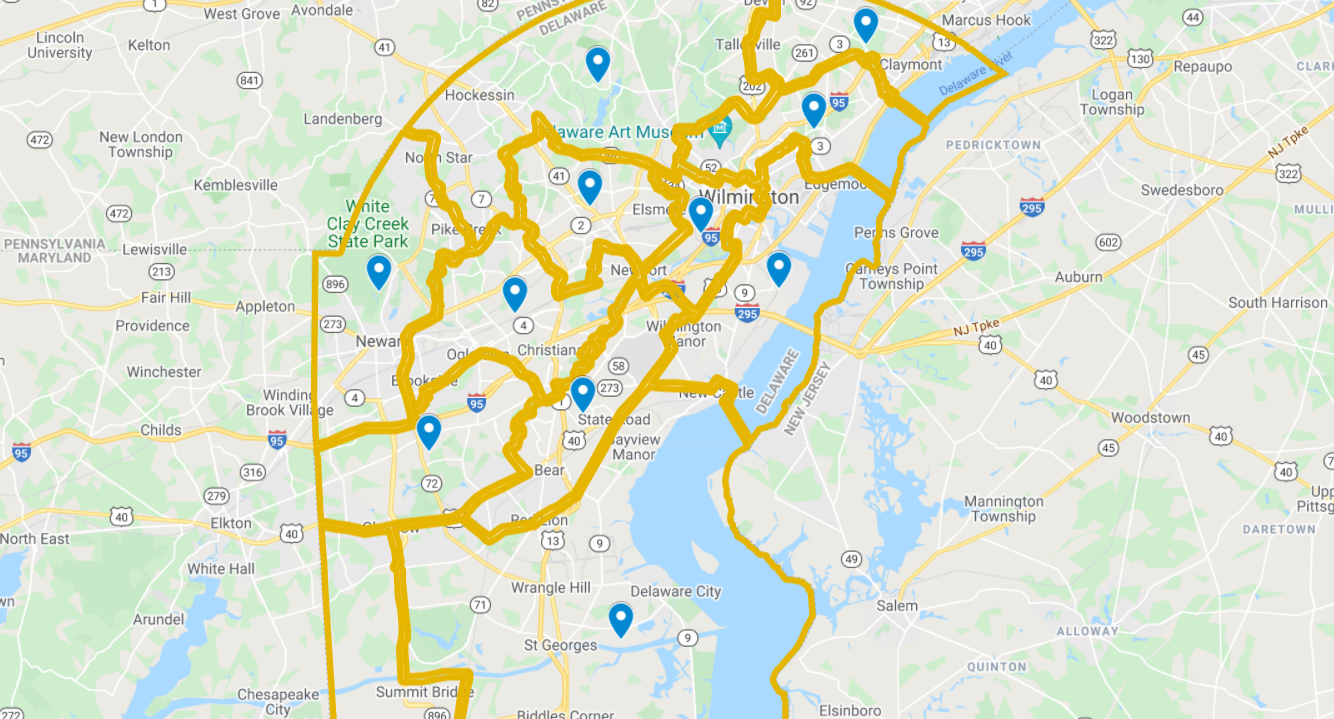 Every 10 years, states must redraw their legislative districts based on the most recent federal Census data. This process, known as redistricting, requires the General Assembly to follow a very specific, very technical set of guidelines. There are numerous criteria each district must meet, including containing a relatively similar population size and meeting guidelines concerning contiguity, compactness, communities of interest and observing natural or political boundaries, all while maintaining majority-minority districts.

Today, the Senate released their proposed maps. You can look at the map here. I am currently reviewing them to check out the changes. I will update this post with what I find. One thing I notice right off the bat is that this map does not take a district from the north and move it to Kent or Sussex Counties.

The House map has not yet been released, though it should be soon.

The General Assembly will host public hearings later this month to allow residents to comment on its proposed legislative redistricting maps.

These hearings will provide the public opportunities to provide their input and suggestions on draft House and Senate district maps. These drafts will be published on the redistricting website next week.

Each hearing will begin with legislative leaders offering an overview of the redistricting process and description of the proposed districts. They will then solicit public comment from residents regarding the proposed maps.

Registration links for the hearings are provided on the legislative redistricting website.

Legislative leaders will introduce the final maps as a Senate Bill at the end of October. There will be one bill for all 62 legislative districts, detailing the boundaries of each district. The General Assembly will convene for a special session on Monday, Nov. 1 to consider the final redistricting bill. If passed by the House and Senate, it will go to Governor Carney for his signature.

The new legislative districts will take effect for the 2022 general election. Candidates in that election must reside in the new districts, and immediately following the November 8, 2022 election, legislators will begin representing constituents within the new district lines.