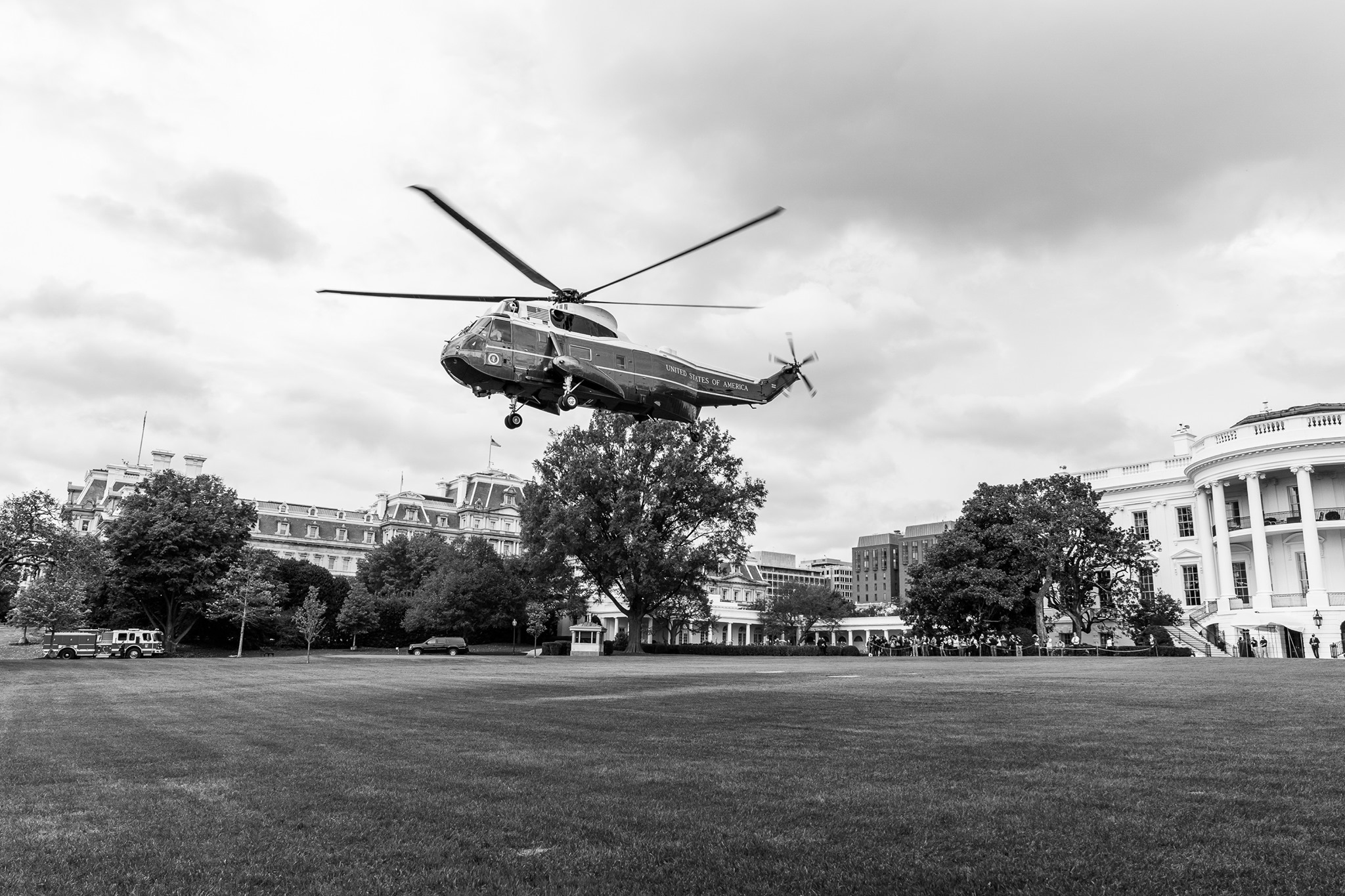 “The White House on Friday formally blocked an attempt by former President Donald Trump to withhold documents from Congress related to the Jan. 6 attack on the Capitol, setting up a legal showdown between the current and former president over executive privilege,” NBC News reports.

“As congressional investigators accelerate their probe of Donald Trump’s 2020 election challenges that culminated on Jan. 6, one thing is clear: All roads run through a handful of their GOP colleagues,” Politico reports.

“And getting those Republicans to testify could get ugly.”

“The House select committee investigating the Jan. 6 attack has so far avoided directly roping in fellow lawmakers, even as it homes in on Trump’s inner circle. Yet each of its investigative steps so far has further underscored the roles that Trump’s staunchest House GOP allies played in his bid to throw out the election results.”

“A former high-ranking Capitol Police official with knowledge of the department’s response to the Jan. 6 attack has sent congressional leaders a scathing letter accusing two of its senior leaders of mishandling intelligence and failing to respond properly during the riot,” Politico reports.

Washington Post: “The brief order, issued about five hours after the appeal was filed, did not rule on the merits of the state’s request. Any decision from the 5th Circuit could put the issue back before the Supreme Court, which declined to block the law when it took effect Sept. 1 but said it raises serious constitutional questions.”

McConnell’s letter is a warning to Democrats, but also gives an early signal to his own members that he won’t give Democrats the same offramp in December.

New York Times: “In a phone call with Mr. Biden, Mr. McConnell, who toiled to corral the votes needed to break his own party’s filibuster against the debt limit increase — and voted himself to do so — said Democrats should not expect such help in the future.”

“Congress disposed of a looming global economic catastrophe this week by doing what it does best: Not much,” the New York Times reports.

“After weeks of a market-threatening partisan stare-down, Senate leaders struck a not-so-grand bargain that raised the debt ceiling into early December, just two short months away. If history is any guide, lawmakers will then engage in the exact same fight all over again — and may even end up with yet another Band-Aid solution.”

Sen. Kyrsten Sinema (D-AZ), “who began her political career with the Green Party and who has voiced alarm over the warming planet, wants to cut at least $100 billion from climate programs in major legislation pending on Capitol Hill,” the New York Times reports.

“The people familiar with her request, who asked to speak anonymously because they were not authorized to speak on the record, said that she had asked for a cut to the climate program as part of a larger effort by Democrats to hunt for ways to lower the price tag of the broader spending legislation.”

“Lobbying efforts by some of the nation’s biggest business groups are falling on deaf ears with House Republicans just a few years after the two worked in lockstep to craft the 2017 tax bill that delivered massive corporate tax cuts,” The Hill reports.   “Even after every major business group in Washington, D.C., urged House Republicans to support the Senate-passed $1 trillion bipartisan infrastructure bill, only a handful of GOP lawmakers have said they would vote for the measure.”

“President Biden will restore full protections to three national monuments that had been slashed in size by former president Donald Trump, including Bears Ears and Grand Staircase-Escalante in Utah known for their stunning desert landscapes and and historical treasures of Native American art and settlements as well as a rich fossil record,” the Washington Post reports.

Grist: “Last month, the Environmental Protection Agency, or EPA, formally announced it was considering tighter regulations for pyrolysis and gasification — controversial processes that are associated with ‘chemical recycling.’”

“Industry advocates have named these processes as key steps toward building a circular economy — one that minimizes waste — but environmental groups have called them an ‘industry shell game’ meant to keep single-use plastics in production.”

“California will require students to complete an ethnic studies course to graduate from high school under a bill Gov. Gavin Newsom signed Friday, and it’s believed to be the first state to mandate such coursework,” Politico reports.

Mary Beeman, a Republican operative in Connecticut, said that “helping kids of color to feel they belong has a negative effect on white, Christian, or conservative kids,” WFSB reports.

Washington Post: “The kickoff of the long-awaited children’s vaccination campaign is expected as soon as early November. And this time around, the government has purchased enough doses to give two shots to all 28 million eligible children ages 5 to 11.”

“Still, federal and state officials and health providers say that vaccinating children is likely to be a more challenging process than it was for adults and teens. The federal government plans to allocate the initial shots according to a formula to ensure equitable distribution, likely based on a state’s population of eligible children, according to a federal health official who spoke on the condition of anonymity to share planning. Enlisting besieged health providers and persuading reluctant parents will complicate the process.”

Joe Biden became the first president to issue a proclamation of Indigenous Peoples’ Day, CNN reports.  The holiday will be marked on Monday, which it shares with Columbus Day.

The federal government’s budget deficit for FY 2021 was nearly $2.8 trillion, according to a new estimate from the Congressional Budget Office.

Punchbowl News: “While still enormous, that’s actually better than FY 2020’s record budget deficit by $362 billion, CBO noted. That’s because revenue was up significantly from the year before — by more than $620 billion — while spending stayed consistent with estimates. This shows just how far the U.S. economy has recovered from its pandemic lows — and how far it still has to go.”

Neil Irwin: “When you peel apart the details, there is less reason to be concerned than that headline would suggest. The story of the economy in the second half of 2021 remains one of steady expansion that is more rapid than other recent recoveries. It is being held back by supply constraints and, in September at least, the emergence of the Delta variant. But the direction is clear, consistent and positive.”

“Much of the disappointment in payroll growth came from strange statistical quirks around school reopening. The number of jobs in state local education combined with private education fell by 180,000 in September — when the customary seasonal adjustments are applied.”

“Global supply-chain bottlenecks are feeding on one another, with shortages of components and surging prices of critical raw materials squeezing manufacturers around the world,” the Wall Street Journal reports.

“The supply shocks are already showing signs of choking off the recovery in some regions.”

“Google and YouTube announced a new policy that prohibits climate deniers from being able to monetize their content on its platforms via ads or creator payments,” Axios reports.

Rep. Matt Gaetz’s (R-FL) friend, Joel Greenberg, a former local tax collector who pleaded guilty to sex trafficking a minor, asked a judge to further delay his sentencing because he is still cooperating with federal authorities as part of his plea deal, the Orlando Sentinel reports.

“The Taliban on Saturday ruled out cooperation with the United States to contain extremist groups in Afghanistan, staking out an uncompromising position on a key issue ahead of the first direct talks between the former foes since America withdrew from the country in August,” the AP reports.

The Atlantic: “In the absence of local coverage, all news becomes national news: Instead of reading about local policy decisions, people read about the blacklisting of Dr. Seuss books. Instead of learning about their own local candidates, they consume angry takes about Marjorie Taylor Greene.”

Nieman Labs notes that when Facebook went down for nearly six hours earlier this week, traffic surged at news sites.