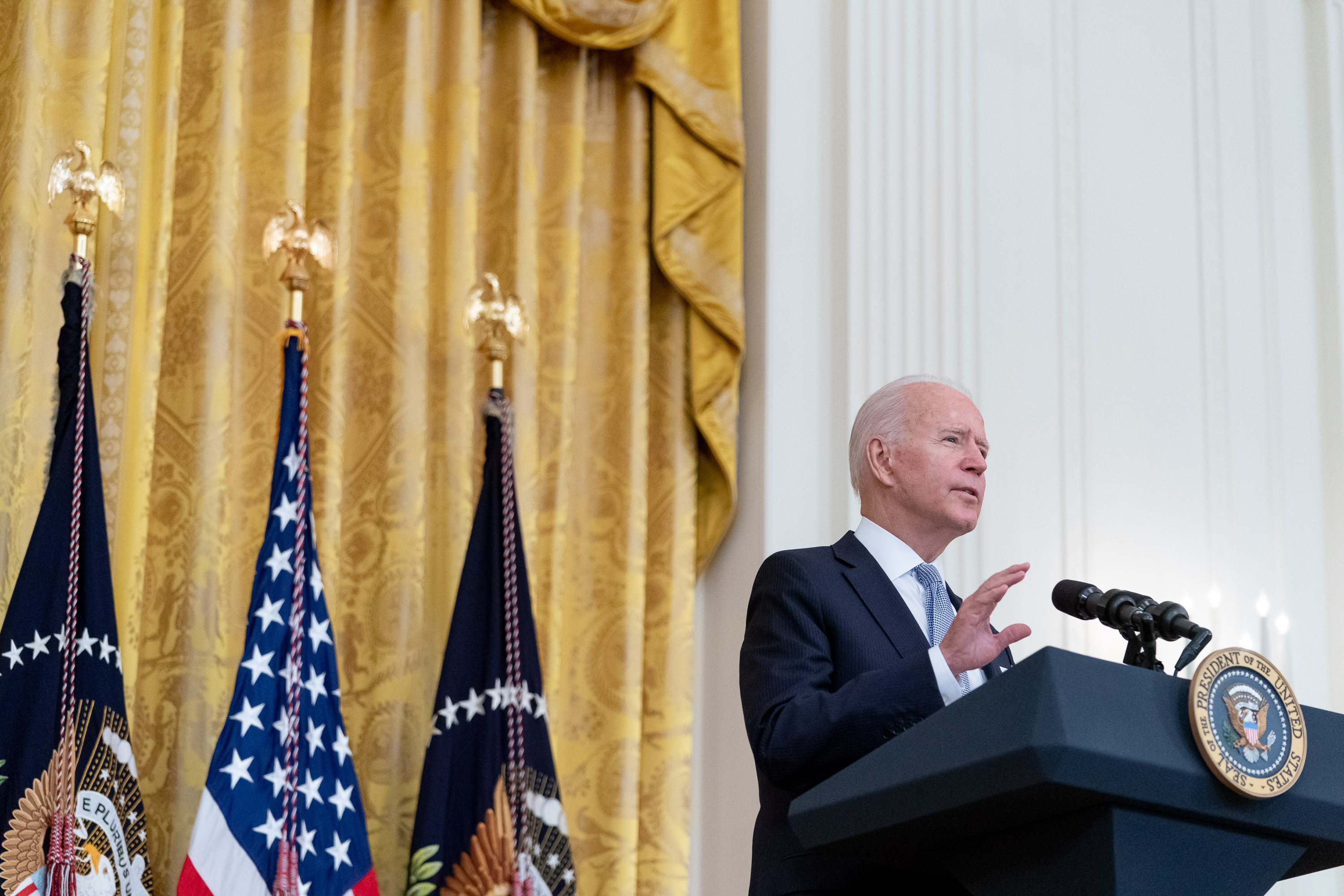 A new Des Moines Register poll finds that 53% of Iowans approve of Donald Trump, while 45% disapprove and just 2% have no opinion.

Andrew Yang describes his presidential bid in his upcoming book out this week, which was excerpted in Politico.

Said Yang: “On the campaign trail, I could clearly see how politicians become susceptible to growing so out of touch. You function on appearance; appearance becomes your role. Empathy becomes optional or even unhelpful. Leadership becomes the appearance of leadership.”

COLORADO 6TH & 7TH CD — Colorado Politics’ Ernest Luning reports that two Republican elected officials, Douglas County Commissioner Lora Thomas and state Rep. Colin Larson, were “poised to run” against Democratic Reps. Jason Crow and Ed Perlmutter, respectively, but have now both found themselves outside of the new districts they were hoping to target, based on the map that the state’s redistricting commission recently submitted to the state Supreme Court for approval.

There’s no word from either Republican about what they intend to do now, though there’s still a possibility the lines could change if the court finds them wanting. Under the pending map, the 6th would have voted for Joe Biden by a 61-37 margin while the 7th would have gone for the president 56-42.

MISSOURI 7TH CD — Former state Sen. Jay Wasson has entered the busy Republican primary for Missouri’s 7th Congressional District, which is open because Rep. Billy Long is running for Senate. According to Missouri Scout, Wasson may be planning to self-fund.

OHIO 15TH CD — In her latest ad, Democratic state Rep. Allison Russo accuses her Republican opponent in the Nov. 2 special election for Ohio’s vacant 15th Congressional District, coal company lobbyist Mike Carey, of getting “caught lying” both about “his involvement in the HB6 scandal,” a massive state government corruption scheme, and about “how his company poisoned our drinking water.”

Nineteen states have passed 33 news laws this year that make it harder to vote, according to an updated analysis released Monday, CNN reports.

Henry Olsen: “The fact that Biden is about as unpopular among independents as Trump was then shows how truly politically damaged Biden is right now and should set off fire alarms in every Democratic campaign office. Biden’s continued strong support among Democrats likely will not translate into congressional victories.”

“Democrats are confronting narrowing voter registration advantages in key battleground states ahead of next year’s midterm elections, stirring concern among some party members of a coming Republican wave in 2022,” The Hill reports.

“In Pennsylvania, Democrats now lead Republicans in voter registration by about 632,000 people, down from 813,885 two years ago. The same is true in another battleground state, North Carolina, where Democrats’ advantage has shrunk by more than 140,000 since October 2019. There are fewer active registered Democrats on the books in North Carolina now than there were six years ago.”

“The situation is most dire for Democrats in Florida, the nation’s largest and most volatile swing state. The party has long held a yawning voter registration advantage over Republicans, but it has shrunk by more than 200,000 over the past two years.”

“The move, an attempt to isolate Mr. Lewandowski and deny him a role in Mr. Trump’s political operation, creates a new outside group to support the former president as he considers whether to run again in 2024. It also hints at the internal tumult that continues to divide the wide circle of formal and informal Trump advisers.”

“Hedge fund manager Ken Griffin, a major donor to Republicans, ruled out supporting Donald Trump for another run for president,” Bloomberg reports.  Said Griffin: “I think it’s time for America to move on.”

“In the last election cycle, Griffin spent big on politics, giving $46 million to Republicans, making him the fourth-biggest individual GOP donor for the period.”

In comments to Politico, Gonzalez said that “a large portion of my constituency” would move from the 15th to the 34th under a new map proposed by Republicans, but the word “large” is doing a lot of work there: According to calculations from Daily Kos Elections, 23% of the population of the new 34th would come from the old 15th, while the rest—77%— would come from the old 34th. That is to say, the vast majority of the district will remain the same.

But should the new map pass and Gonzalez switch seats, such a development would come as unwelcome news for Texas Democrats. The revamped 34th would have gone for Joe Biden 57-42 but the neighboring 15th would in fact have voted for Donald Trump 51-48. That considerable difference in difficulty undoubtedly is playing a role in Gonzalez’s thinking, though from the party’s perspective, Democrats would much prefer to defend the 15th with an incumbent already known to most voters rather than as an open seat.

Thanks to Vela’s departure, though, there’s already one Democrat running in the 34th, ACLU attorney Rochelle Garza, and others could join, including state Rep. Alex Dominguez, who says he’s “seriously considering” a bid. Vela says he’d support Gonzalez if he were to run in the 34th.

COLORADO U.S. SENATOR — Republican state Rep. Ron Hanks, a vocal proponent of the Big Lie who attended the Jan. 6 “Stop the Steal” rally in Washington, D.C., has announced that he’ll run for Senate next year. Hanks, a first-term lawmaker, marched on the Capitol following Donald Trump’s speech but claims he did not enter the building. Earlier this year, he led a push for an unsuccessful “no confidence” vote in House Minority Leader Hugh McKean, just weeks after reportedly threatening McKean that he would “break your neck.”

Hanks has run for federal office once before, albeit in a different state: In 2010, he challenged Democratic Rep. Mike Thompson in what was then numbered California’s 1st Congressional District, getting crushed 63-31. He joins Air Force veteran Eli Bremer in the GOP primary to take on Democratic Sen. Michael Bennet next year.