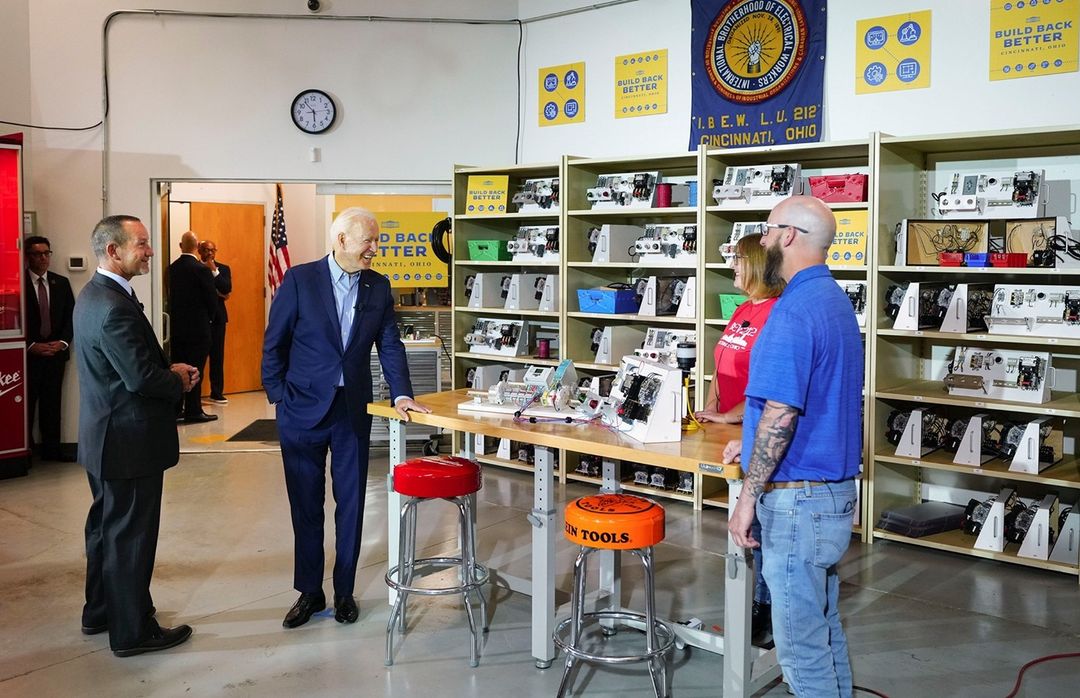 “Despite the feverish negotiations and the stakes involved, more than half of Americans are not closely watching the debate in Congress,” according to a new Politico/Harvard poll.

Just 16% of people are “very closely” following the process, most of them Republicans.

New York Times: “A large number of voters — women, young people and those who are Black or Latino — have all soured on Mr. Biden’s performance, according to polls conducted since the withdrawal of American troops from Afghanistan, even while Mr. Biden has retained more of his support among men, college-educated white voters and older voters.”

“The shifts could be temporary. Perhaps the enactment of the president’s stalled legislative initiatives in Congress would be enough for the president to renew his reputation with Democratic-leaning voters. But for now, the differences in attitudes about Mr. Biden between men and women, young and old, Hispanic and non-Hispanic and perhaps even white and Black have grown unusually small. The pattern defies the decades-long tendency for Democrats to fare better among women than men, and among the young than the old.”

ARIZONA GOVERNOR — Donald Trump continued his conspiracy theorist endorsement tour on Tuesday by throwing his backing behind former TV anchor Kari Lake in the Republican primary for governor of Arizona. The GOP leader also took the opportunity to once again attack termed-out incumbent Doug Ducey, a one-time ally who became persona non grata in Trump world by recognizing Joe Biden’s victory in the state, writing that Lake “will do a far better job than RINO Governor Doug Ducey — won’t even be a contest!”

Lake herself left Phoenix’s Fox 10 in March after 22 years to announce her own campaign, but she began spreading disinformation and cultivating ties with the far-right well before she went off the air. As early as 2018, Lake tweeted that the “Red for Ed” movement to increase teacher pay and school funding was really a secret plan to legalize marijuana―a claim she made solely based on a photo of a satirical t-shirt.

Since then, Lake has set up accounts on sites that are popular with QAnon followers and neo-Nazis. She has also circulated lies about the coronavirus, including a widely debunked video that she continued to share on Facebook after it was removed from YouTube. Lake additionally has parroted Trumpist conspiracy theorists about the 2020 election and called for Arizona to take the legally impossible step of decertifying its results.

Lake also received favorable news hours before Trump announced his endorsement when OH Predictive Insights, a firm that occasionally polls on behalf of Republicans, released a survey showing her leading former Rep. Matt Salmon 25-9 in the crowded GOP primary. This is the first poll we’ve seen here since May, which was before Lake announced her campaign.

Salmon, though, made it clear he’d fight on despite these unfavorable developments. The former congressman responded to Trump’s decision to back Lake by dubbing her a “fraud” and “a lifelong member of the liberal media who knows how to put on a show.” Salmon also referenced previous reporting from Arizona Family about Lake’s alienation from the GOP from 2006 to 2012, including her brief time as a registered Democrat, as well as donations from her or her husband to Democrats, including John Kerry and Barack Obama.

OKLAHOMA U.S. SENATOR — State Sen. Nathan Dahm announced Tuesday that he was taking on Sen. James Lankford in next year’s Republican primary in this very red state. Lankford was already facing a longshot intra-party challenge from Jackson Lahmeyer, a pastor who made national news earlier this month when he promised to grant a religious exemption for COVID-19 vaccines to anyone who donated to his church. A runoff would take place if no one earned a majority of the vote in the first round of the primary.

Dahm previously campaigned in 2018 for the open 1st Congressional District in the Tulsa area and took a close fourth in the nomination fight with 20% despite fundraising struggles. Dahm, who didn’t need to give up his legislative seat to run, made the news this year when he told a sexist joke about Kamala Harris that even the chamber’s leader, Senate President Pro Temp Greg Treat, condemned. The GOP anger at him was hardly universal, though, as several fellow senators walked out of the chamber after a pastor used the morning sermon to denounce Dahm by name.

Dahm kicked off his new campaign with a rally where he emphasized his many fights with his party’s leadership and his own ultra-conservative agenda, though he didn’t mention either Lankford or Lahmeyer. Lahmeyer, though, responded to his new rival’s entry by accusing Dahm of being part of a “‘dirty trick’ … coaxing a third ‘spoiler’ candidate into the Senate primary in order to divide the anti-establishment, America First primary voters.”

TEXAS 38TH CD — Army veteran Wesley Hunt earned an endorsement Wednesday from House Minority Leader Kevin McCarthy for his campaign for the 38th Congressional District. Republican lawmakers recently introduced a draft congressional map that would create a new and solidly red seat in the Houston suburbs, but they have yet to take action on it.

NEW JERSEY 7TH D —Assemblyman Erik Peterson says he’s considering a bid against Democratic Rep. Tom Malinowski, despite the fact that Republicans have already united around their anointed candidate, Senate Minority Leader Tom Kean. It’s not clear, though, why Peterson would want to go up against Kean, especially since insurgents so seldom succeed in defeating party favorites in New Jersey. Peterson says he won’t make a decision until after the Nov. 2 elections, when every seat in the legislature will go before voters.

Politico: “As Sen. Joe Manchin (D-WV) pursues a longshot bipartisan agreement, some Senate Republicans are engaging in preliminary discussions with him on the issue.”

“Even though Senate Republicans have ruled out legislation Manchin and a group of Senate Democrats introduced last month, which amounted to an intraparty compromise on elections and ethics reform, that’s not stopping the West Virginia Democrat from frantically looking for GOP partners while a much-anticipated vote on the legislation remains on pause.”

FWIW: “And lastly, we’ve been tracking digital ad spending every single week this year, and one politician has come out on top, at least in terms of dollars spent: Rep. Val Demings. The Florida Congresswoman is aiming to unseat Sen. Marco Rubio next year in what will undoubtedly be one of the nation’s most expensive Senate races ever. In order to do so, she’s building a grassroots army of supporters.”

“Former Vice President Mike Pence is headed to Iowa next month as he ramps up his national travel schedule ahead of a potential 2024 White House bid,” Politico reports.

“A former Florida candidate for Congress was arrested this week on charges related to the Jan. 6 riot at the U.S. Capitol,” WTSP reports.

“In probable cause documentation, the Department of Justice — citing video and photo evidence — accuses Jeremy Brown of being on Capitol grounds in full military apparel. He, too, is said to have carried surgical trauma shears, tactical gear and zip ties on his body.”

“Former President Trump and his attorneys filed a motion Friday asking a federal judge to force Twitter to reinstate his account, which was a crucial tool to reach his supporters throughout his presidency and the 2016 and 2020 elections,” Axios reports.

“Trump has been unable to post on Twitter for around 10 months after the social media platform indefinitely banned him in January following the violent Capitol riot by a pro-Trump mob.”