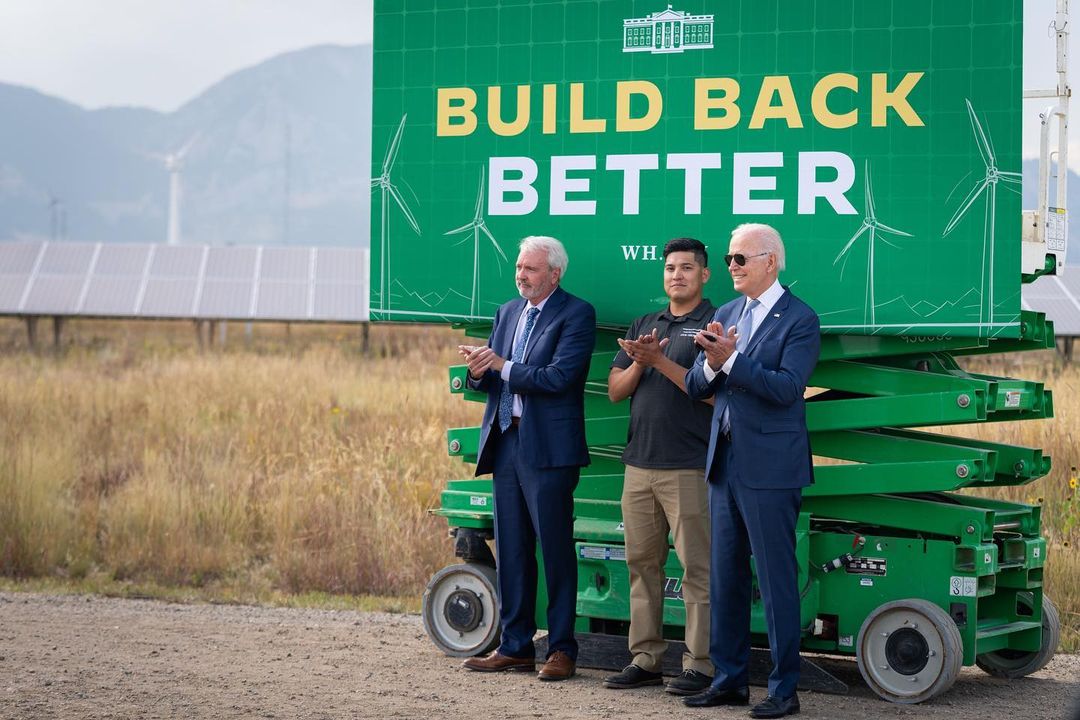 House Speaker Nancy Pelosi (D-CA) delayed the vote on the bipartisan infrastructure bill that she scheduled for Thursday after it became clear progressives would make good on their threat to tank BIF if the reconciliation package wasn’t passed with it — President Joe Biden’s two-track strategy that all Democrats, moderates included, had initially committed to.

Now negotiations over reconciliation are back after Sen. Joe Manchin (D-WV) finally offered an actual counterproposal, announcing that his top line for the expansive social benefits legislation was $1.5 trillion.

The gap between what Manchin and Democratic leaders want as a price tag for reconciliation isn’t that wide, Pelosi told reporters as she was leaving the Capitol a little after midnight.

“We’re not trillions of dollars apart,” she said.

White House press secretary Jen Psaki said in a statement late last night that Democrats are “closer to an agreement than ever.”

“But we are not there yet, and so, we will need some additional time to finish the work, starting tomorrow morning first thing,” she added.

Josh Marshall: “As I’ve said repeatedly, this is not progressives vs moderates. It’s actually like 95% of congressional Democrats vs a couple senators and maybe a handful of reps. But that leaves a bit out of the equation. Rep. Jayapal, chair of the Progressive Caucus, said they were going to vote down the BIF. Everyone said that was unrealistic. They had to cave. They were in denial. That’s not how it works. But they were clearly ready to vote it down. So the vote got scrapped or rather delayed and the principals now seem actually to be down to negotiating. That’s good. That is a very good development.

It’s a big win for Jayapal and the caucus she leads. It wasn’t progressives vs moderates; but it was progressives who carried the ball.

But there’s one more part of the picture that hasn’t gotten enough attention.

For the last few days reporters have been asking Majority Whip Jim Clyburn whether he’d started whipping the BIF vote. He kept saying, nope. Haven’t started yet. He said that again mid-day today. The White House meanwhile has been saying they and the progressives are on the same side. So no whipping there either. At the risk of stating the opposite, there’s no one else left.

So the progressives hung tough. But in fact the party leaders were passively supporting their defiance. Maybe more than passively. There’s no other way to read the refusal to whip the votes.”

“Congress on Thursday approved a measure to fund the government into early December, staving off a shutdown that was set to occur after midnight,” the Washington Post reports.

CBS News: “Mail delivery for many Americans will slow starting on Friday, part of Postmaster General Louis DeJoy’s blueprint for overhauling the U.S. Postal Service in order to slash costs. But critics say the slower delivery standards could cause problems such as late bill delivery while more broadly undermining the public’s faith in the USPS.”

New York Times: “As California’s requirement that all health care workers be vaccinated against the coronavirus took effect on Thursday, major health systems reported that the mandate had helped boost their vaccination rates to 90 percent or higher. In New York, another mandate that began this week compelled thousands of hospital and nursing home workers to get shots. And at several major corporations, executives reported surges in vaccination rates after adding their own requirements.”

“Until now, the biggest unknown about mandating Covid-19 vaccines in workplaces has been whether such requirements would lead to compliance or to significant departures by workers unwilling to get shots — at a time when many places were already facing staffing shortages. So far, a number of early mandates show few indications of large-scale resistance.”

Politico: “U.S. Trade Representative Katherine Tai said in an interview on Thursday that the Biden administration plans to ‘build on’ existing tariffs on billions of dollars in Chinese imports and confront Beijing for failing to fulfill its obligations under a Trump-brokered trade agreement.”

“No, no. It messes with your body chemistry, your brain. And if I lose even one brain cell, we’re fucked.” — Donald Trump, quoted by Politico, on the possibility of going vegan for charity, as recounted in Stephanie Grishmam’s I’ll Take Your Questions Now.

Because it’s the only brain cell he has.

Then-Attorney General William Barr urged then-President Trump to change his image if he wanted to win re-election, according to Bob Woodward in a PBS interview about his book, Peril

Said Woodward: “Barr said in an extraordinary meeting with Trump last year — President Trump — Barr said, ‘I travel around the country as much as any Cabinet officer, and you have support there. I talked to your supporters. But Mr. President, let me tell you: They think you are a fucking asshole.’”

“North Korea said on Friday that it had test-launched a newly developed antiaircraft missile, carrying out the latest in a flurry of weapons tests in recent weeks even as it has declared an openness to dialogue with the South,” the New York Times reports.

New Yorker: “Even if no additional charges are filed, the former President’s company faces a potential reckoning. The charging documents and interviews with former prosecutors and white-collar defense lawyers indicate that the District Attorney is accumulating evidence of pervasive tax fraud.”

“Jones falsely claimed that the December 2012 shooting in Newtown, Connecticut, was a ‘giant hoax’ carried out by crisis actors on behalf of people who oppose the Second Amendment.”

“More than 130 federal judges have violated U.S. law and judicial ethics by overseeing court cases involving companies in which they or their family owned stock,” the Wall Street Journal reports.

The Gallup Economic Confidence Index fell further in September, returning to a depressed level not seen since early January.

“Russia sharply escalated a campaign against jailed Kremlin critic Alexei Navalny on Tuesday, opening a new criminal case against President Putin’s fiercest domestic critic that could allow the authorities to hand him another decade in jail,” Reuters reports.

“The newly installed chief of the U.S. Capitol Police says the force, still struggling six months after an insurrection that left its officers battled, bloodied and bruised, ‘cannot afford to be complacent,’” the AP reports.  “The risk to lawmakers is higher than ever. And the threat from lone-wolf attackers is only growing.”