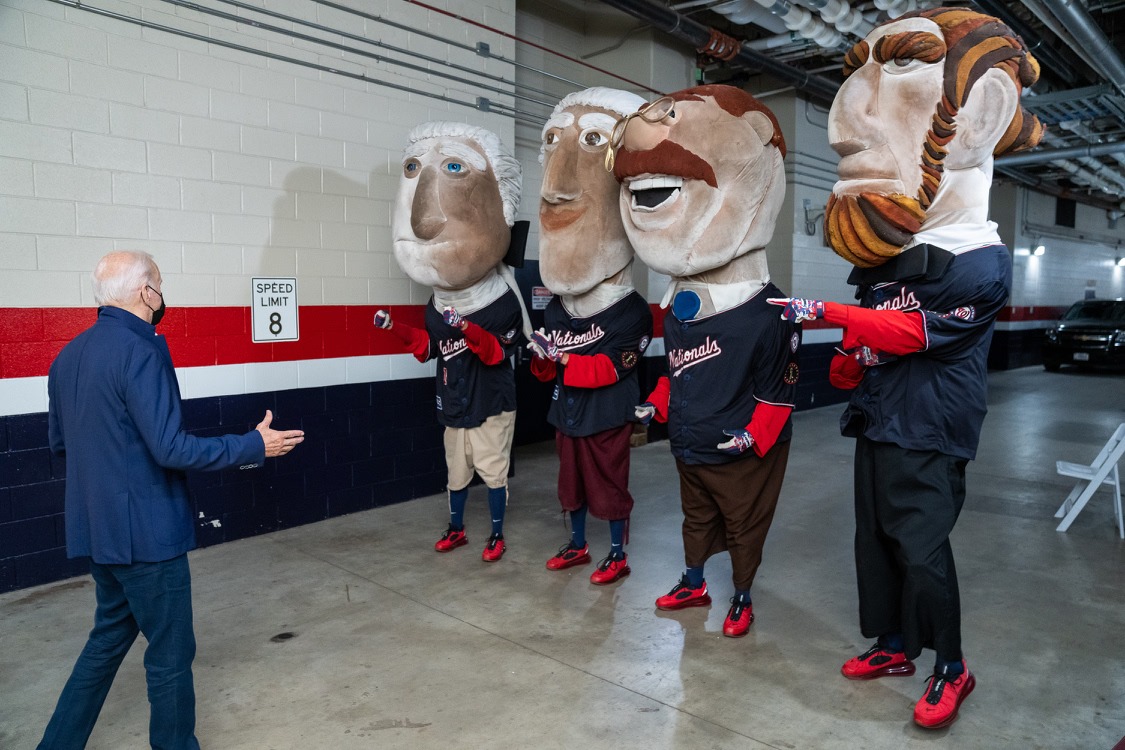 A new Roanoke College poll in Virginia finds Terry McAuliffe (D) maintains a 7-percentage point lead over Glenn Youngkin (R) in the race for governor, 48% to 41% with 9% still undecided.

The conventional wisdom is that the Virginia governor’s race is suddenly a Toss Up. This appears to be driven by two factors:  1)  The political environment for Democrats has worsened in recent weeks as President Biden’s approval rate has dropped significantly; 2) The influential Cook Political Report declared the race up for grabs last week.

But what hasn’t changed much are the polling averages.  According to FiveThirtyEight, Terry McAuliffe (D) currently leads Glenn Youngkin (R) by a little more than three percentage points, which is roughly the same margin he held in August.

So the polling has barely changed in two months, but the conventional wisdom has nonetheless swung against McAuliffe.  It’s reminiscent of four years ago when Ralph Northam (D) led Ed Gillespie (R) in the polls by three percentage points yet went on to win the election by nine percentage points.   While it’s true the political environment has worsened for Democrats nationally, McAuliffe should still have an edge in this race.

“President Biden’s slumping approval ratings and gridlock on Capitol Hill have raised the risk that Democrats could lose the Virginia governor’s race, according to party insiders who fear a defeat could spark broader legislative and electoral problems in the coming year,” the Washington Post reports.

“In a sign of the rising anxieties, the party’s nominee in Virginia, former governor Terry McAuliffe, is imploring Democrats in Washington to resolve their disputes and enact a sweeping infrastructure plan that has passed the Senate but faces hurdles in the House.”

Said McAuliffe: “Democrats have got to quit talking, and they’ve got to get something done. You got elected to get things done. We have the House, Senate and White House.”

Associated Press: “Few Republicans in recent years have harnessed the energy of the Trump base with such cool rhetoric. And there is fear within Youngkin’s campaign that Trump or his loyalists could turn against Youngkin in the days before the Nov. 2 election.”

“But if Youngkin is successful, his ability to navigate the delicate politics of the post-Trump presidency could offer the GOP a new playbook before next year’s midterm elections.”

Sen. Kyrsten Sinema (D-AZ) “is facing a growing political revolt at home from the voters who once counted themselves among her most devoted supporters,” the New York Times reports.

“Many of the state’s most fervent Democrats now see her as an obstructionist whose refusal to sign onto a major social policy and climate change bill has helped imperil the party’s agenda.”

A new Civiqs poll in Arizona finds Sen. Kyrsten Sinema (D-AZ) with a dismal 17% to 65% favorable rating among Democratic voters.  Among independent voters, she has only a 27% favorable rating.

“Corey Lewandowski, a longtime political adviser to Donald Trump, was removed on Wednesday from his role overseeing a super PAC supporting the former president after a donor accused him of making unwanted sexual advances and touching her inappropriately at a dinner in Las Vegas on Sunday night,” the New York Times reports.

“A Donald Trump donor is accusing Corey Lewandowski, one of the former president’s longtime top aides, of making unwanted sexual advances toward her at a Las Vegas charity event over the weekend,” Politico reports.

“Trashelle Odom, the wife of Idaho construction executive John Odom, alleges that Lewandowski repeatedly touched her, including on her leg and buttocks, and spoke to her in sexually graphic terms.”

South Dakota Gov. Kristi Noem (R) dismissed a conservative media outlet’s claim that she is having an extramarital affair with Corey Lewandowski, a former Trump adviser who is also advising Noem, the Washington Post reports.

Said Noem: “These rumors are total garbage and a disgusting lie. These old, tired attacks on conservative women are based on a falsehood that we can’t achieve anything without a man’s help. I love Bryon. I’m proud of the God-fearing family we’ve raised together. Now I’m getting back to work.”

Noem has severed ties with him, Politico reports. Said Noem’s spokesman: “Corey was always a volunteer, never paid a dime (campaign or official). He will not be advising the Governor in regard to the campaign or official office.”

ABC News/Ipsos: “A majority approve of Biden’s handling of the pandemic, economic recovery, and rebuilding the United States’ infrastructure. However, despite his positive standing, there are signs he is losing ground even on these issues, some of which have been the signature issues of his campaign and presidency.”

“Immigration, gun violence, Afghanistan and crime are issues Biden is faring less well on. Roughly a third of independents approve of the job he’s doing on these issues.”

“A sizable share of Americans are souring on Joe Biden as president — but they don’t completely hate him, either. Where they land on that question over the next year could decide the 2022 midterm elections,” Politico reports.

“More Americans disapprove of how Biden is handling his role as president than approve. But a decisive number of those disapprovers say their opinion of Biden is soft, meaning they only rate his performance only ‘somewhat’ negatively — not ‘strongly.’”

My Pillow CEO Mike Lindell alleged “electronic manipulation” in vote tallies in all of Idaho’s 44 counties, KMVT reports. The only problem is that seven of Idaho counties don’t use any electronic steps in the vote counting processes.

Sidney Powell, one of the attorneys who worked on Donald Trump’s election legal team, now claims that the U.S. military and intelligence services stole the 2020 election for Joe Biden.

“The rise of celebrity politicians is fueling record ad spending that will likely continue to flood American airwaves through next year’s midterms,“ Axios reports.

“Firebrand congressional freshmen and sophomores are raking in grassroots donations — and starring in ads from both allies and opponents alike. It’s part of an explosion in small-dollar fundraising that’s translating into a huge spike in paid political advertising.”

Oklahoma state Sen. Nathan Dahm (R) announced his primary challenge of Sen. James Lankford (R-OK) on the back of a pickup truck with a red “Trump 45” license plate, according to the McCarville Report.

Army veteran Wesley Hunt, who had been considering a rematch with Democratic Rep. Lizzie Fletcher in Texas’ 7th Congressional District, now says it’s his “intention to run” in what would be the brand-new (and solidly Republican) 38th District in the Houston suburbs. Lawmakers recently introduced a draft congressional map but have yet to take action on it.

Pureval faces City Councilman David Mann, a fellow Democrat who represented the Cincinnati area in the House from 1993 to 1995. (Mann was unseated by Republican Steve Chabot, who went on to fend off Pureval in 2018.) Pureval outpaced Mann 39-29 in the May nonpartisan primary.

Martin Wolf: “Suppose Trump comes back to power in 2024, determined to exact vengeance on his foes, backed by Congress and the Supreme Court. Yes, even this might be just an interlude. Trump is old: his passing might be the end of the authoritarian moment. But neither the electoral system nor the Republican party will go back to what it was. The latter is now a radical party with a reactionary agenda.”

“The US is the sole democratic superpower. Its ongoing political transformation has deep implications for liberal democracies everywhere, as well as for the world’s ability to co-operate on vital tasks, such as managing climate risks. In 2016, one could ignore these dangers. Today, one must be blind to do so.”

A new University of Virginia Center for Politics survey looks at the persistent divisions between Trump and Biden voters: