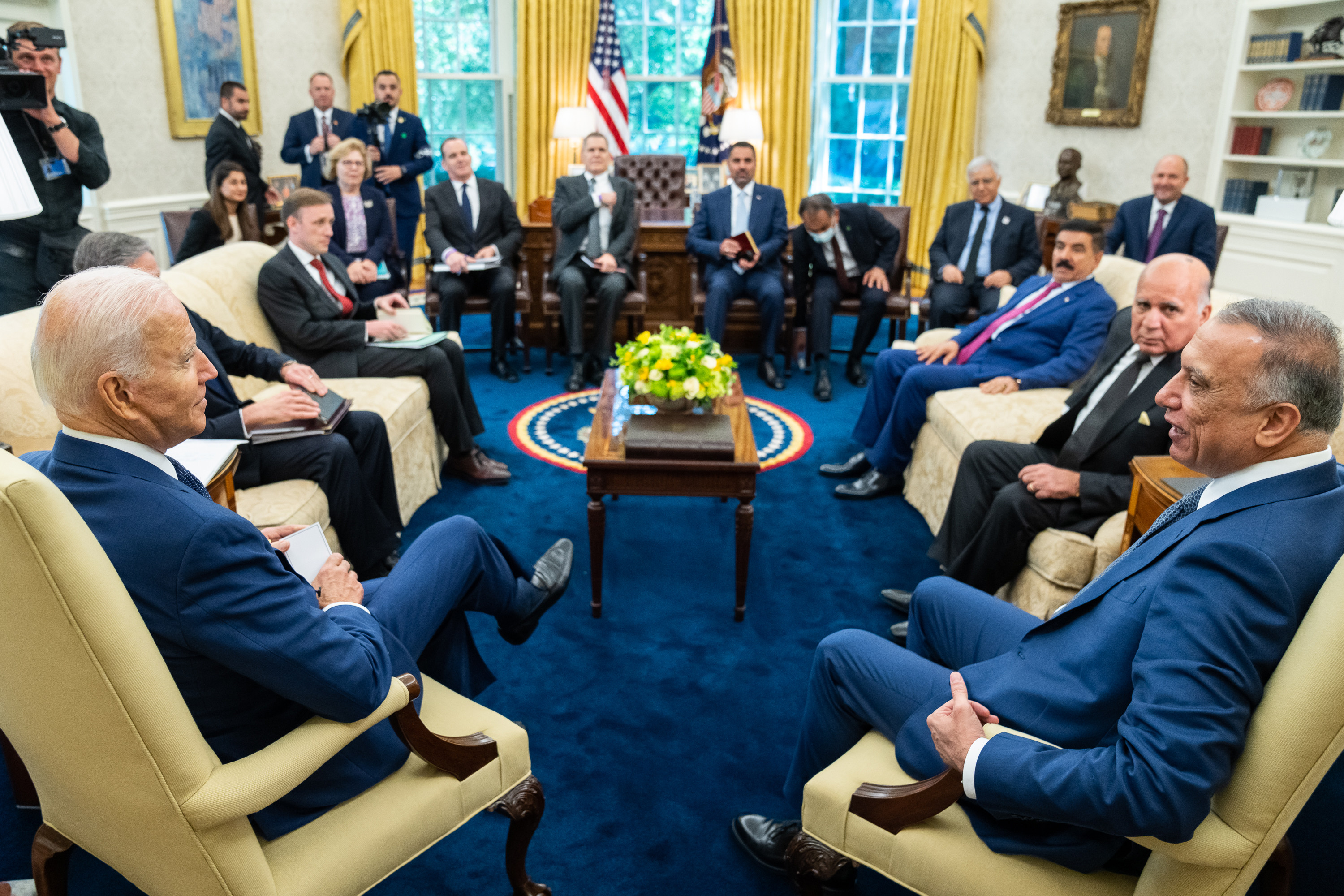 “There are few people in Pelosi’s leadership who believe the caucus is ready to pass the reconciliation package, given the massive divides between moderates and progressives. And as of right now, the House doesn’t have an agreement with the Senate on the size, scope and content of the multi-trillion dollar social spending legislation.”

“But Pelosi’s push seems aimed at creating urgency in the caucus — a tried and true legislative tactic with lots of risk, but also significant reward if successful.”

Wall Street Journal: “But party lawmakers appeared no closer to reaching consensus, throwing leaders’ timeline into question. In part, leaders are announcing the vote to apply urgency to the party’s two competing wings to reach an agreement over the package’s contents.”

Politico: Pelosi goes all in with domestic agenda on the line.

“As Democratic leaders struggle to unite their caucus behind a sprawling domestic policy package, it is increasingly clear the $3.5 trillion in spending and tax increases will have to be pared back, possibly by a lot, to make it to President Biden’s desk,” the New York Times reports.

“That will involve difficult choices for a party fractured by mistrust and competing priorities. But in a package that is intended to shape every facet of American life, including public education, health care and the environment, there is room for agreement, even in a thinly divided Congress.”

President Biden “urged people who are not yet eligible for coronavirus booster shots to be patient, while suggesting eligibility could expand rapidly,” the New York Times reports.

“Anti-vaccine Facebook groups have a new message for their community members: Don’t go to the emergency room, and get your loved ones out of intensive care units,” NBC News reports.

“Consumed by conspiracy theories claiming that doctors are preventing unvaccinated patients from receiving miracle cures or are even killing them on purpose, some people in anti-vaccine and pro-ivermectin Facebook groups are telling those with Covid-19 to stay away from hospitals and instead try increasingly dangerous at-home treatment.”

I am completely fine with this. Everyone who refused a vaccine should never seek treatment for the disease you would have been vaccinated against had you not been an insane narcissitic evil selfish prick. So die at home, anti-vaxxers.

Washington Post: “Biden does not plan to invoke executive privilege to block information Congress is seeking about former president Donald Trump or his aides regarding the Jan. 6 attack on the Capitol… a move that could provide answers to some of the remaining questions surrounding the insurrection.”

“As scores of Proud Boys made their way, chanting and shouting, toward the Capitol on Jan. 6, one member of the far-right group was busy texting a real-time account of the march,” the New York Times reports.

“The recipient was his FBI handler.”

“In the middle of an unfolding melee that shook a pillar of American democracy — the peaceful transfer of power — the bureau had an informant in the crowd, providing an inside glimpse of the action… In the informant’s version of events, the Proud Boys, famous for their street fights, were largely following a pro-Trump mob consumed by a herd mentality rather than carrying out any type of preplanned attack.”

NBC News: “They want Democrats to tackle the debt ceiling in a separate filibuster-proof package because, under Senate budget rules, that would require endorsing a dollar figure on how much the U.S. can borrow. It’d be high due to the accumulation of debt over generations — $30 trillion or more.”

“Republicans see that as fodder for attack ads in the 2022 elections, when they hope to regain control of Congress by telling voters that Democrats are on a reckless spending binge.”

“President Biden promised Friday that his sweeping domestic agenda package will cost ‘nothing’ because Democrats will pay for it through tax hikes on the wealthy and corporations, a show of confidence despite the struggles of congressional Democrats to bridge internal divisions on myriad issues,” the Washington Post reports.

“The remarks were an attempt by Biden to assuage some of the cost concerns pointedly expressed by the moderate Democrats about the size of the legislation — composed of significant investments in health care, climate, education and the social safety net — as the bill’s fate teeters on Capitol Hill.”

Said Biden: “It is zero price tag on the debt we’re paying. We’re going to pay for everything we spend.”

“A volley of automatic gunfire hit a car carrying a senior aide to Ukrainian President Volodymyr Zelenskiy on Wednesday, an incident a senior official called an assassination attempt and Zelenskiy said may have been a message intended for him,” Reuters reports.

“Epik long has been the favorite Internet company of the far-right, providing domain services to QAnon theorists, Proud Boys and other instigators of the Jan. 6 attack on the U.S. Capitol — allowing them to broadcast hateful messages from behind a veil of anonymity,” the Washington Post reports.

“But that veil abruptly vanished last week when a huge breach by the hacker group Anonymous dumped into public view more than 150 gigabytes of previously private data — including user names, passwords and other identifying information of Epik’s customers.”

Jill Lawrence: “Only 5% of Americans in their 70s have dementia. There’s no reason to assume Joe Biden is one of them, unless you’re looking for political ammunition.”

“Casual ageism is a staple of the conservative arsenal against the president, and it would be laughable except that it’s so insulting – not just to him but to two generations of seniors. Like the ‘big lie’ that Donald Trump actually won the 2020 election and will be reinstated as president any day now, we now have the big lie that Biden, at 78, is muddled and incapacitated.”

“More than $1 million that former New York Gov. Andrew Cuomo (D) earned from a book trumpeting his response to the coronavirus pandemic will likely be protected from potential lawsuits brought by women whose allegations of sexual harassment pushed him to resign last month,” Law 360 reports.

“That’s because the disgraced Democrat put about a fifth of his $5.1 million book deal into a trust for his three daughters, likely shielding the money from future creditors.”